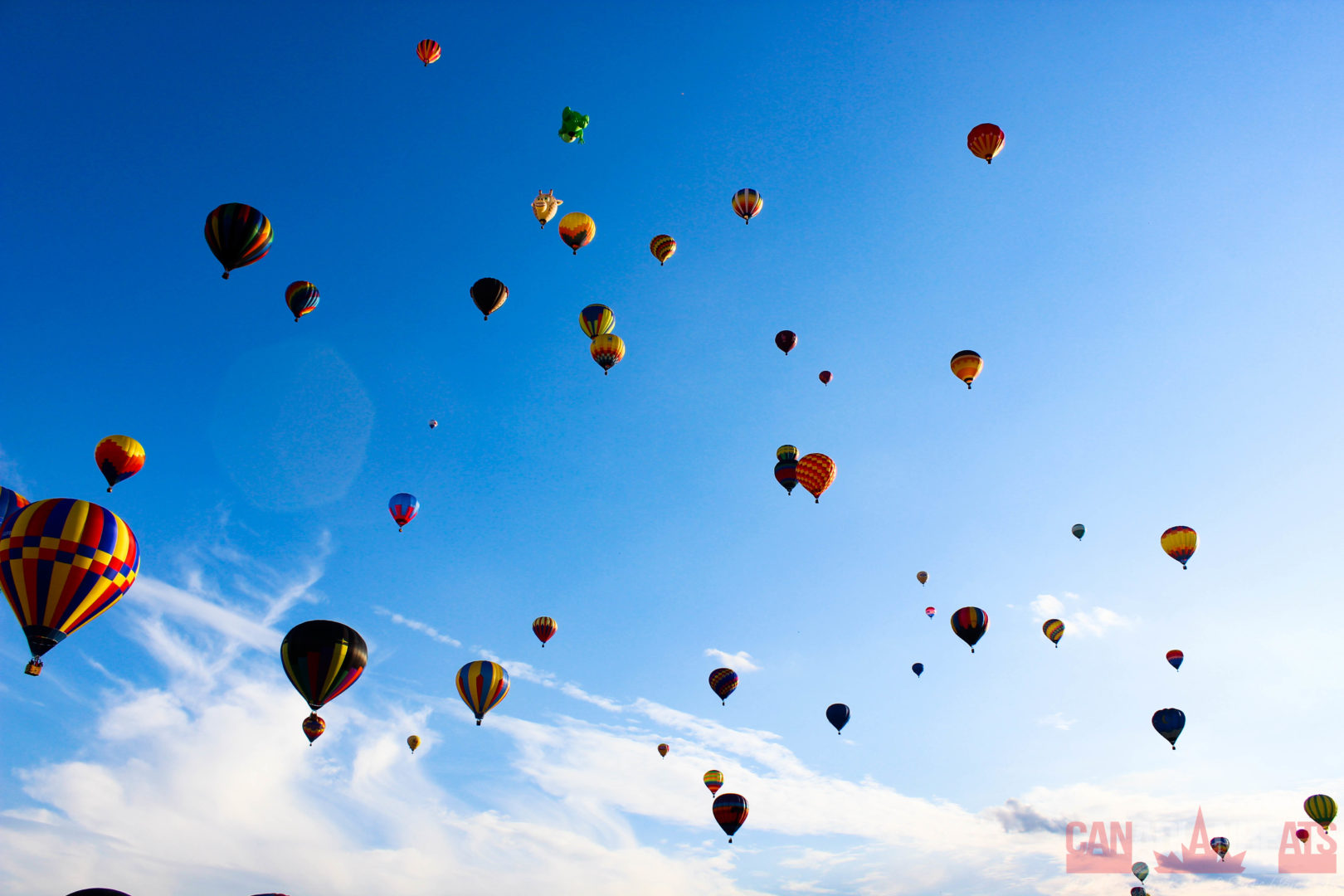 The International de montgolfières (International Balloon Festival)has been filling the skies of Saint-Jean-sur-Richelieu, Quebec with hundreds of hot air balloons, and bringing some of the biggest musical acts across any genre to its mainstage for 33 consecutive years. There is something captivating and exciting when it comes to watching hundreds of hot air balloons ascend into a bright blue sky. Mix up that excitement while watching some amazing artists perform on a high-tech outdoor stage, equipped with three giant screens, a top-notch sound system, and thousands of like-minded fans and visitors filling the grounds of the festival.

International de montgolfières which brings in an average of over 450,000 visitors a year has more to offer than just colorful balloons and great music. The summer festival which is held each August entertains its guests with hot air balloon rides, classic amusement rides, midway games and sideshows, as well as the great food experience.  This year’s festival also launched a virtual reality experience where participants are able to take part in a hot air balloon flight in an augmented reality. Amongst the attractions and amazing food, the festival still manages to bring top entertainers to their stages.

Brigitte Boisjoli. Boisjoli hit the stage at 7:30 PM sharp and delivered almost 60 solid minutes of non-stop entertainment. Boisjoli’s most recent album release Patsy Cline (September 2015) was a homage to the late country music legend and even earned Boisjoli a well-deserved gold record. Patsy Cline connected Boisjoli with a massive amount of fans yearning for an authentic country music sound. Armed with a set-list packed with Cline favorites, and some of country music’s biggest hits Boisjoli belted out hit after hit and captivated the entire audience. From “Walkin’ After Midnight” and everything else in-between Boisjoli was high, high energy. Delivering solid vocals and an amazing stage presence it was a complete pleasure to watch this young and talented beauty hailing from Drummondville, QC perform her set.

Boisjoli is a forever giving performer. She never leaves a single inch of the stage unused. Dancing around in her cowboy boots, black skirt, and denim top she was there to entertain the crowd, and entertain is what she did. Boisjoli had the audience on their feet and singing along with everything she delivered. One of my absolute favorite moments of the evening was during Boisjoli’s performance of Cline’s “She’s Got You.” The song turned into a medley, ending with Boisjoli performing one amazing rendition of Leonard Cohen’s “Hallelujah.” Boisjoli’s set list for the evening included her renditions of; “Islands in the Stream,” “Love Me Honey Do,” “Crazy,” Hungry For Love,” “Cowgirl dorée,” “Mille après mille,” “Hound Dog,” and “Ring of Fire.” 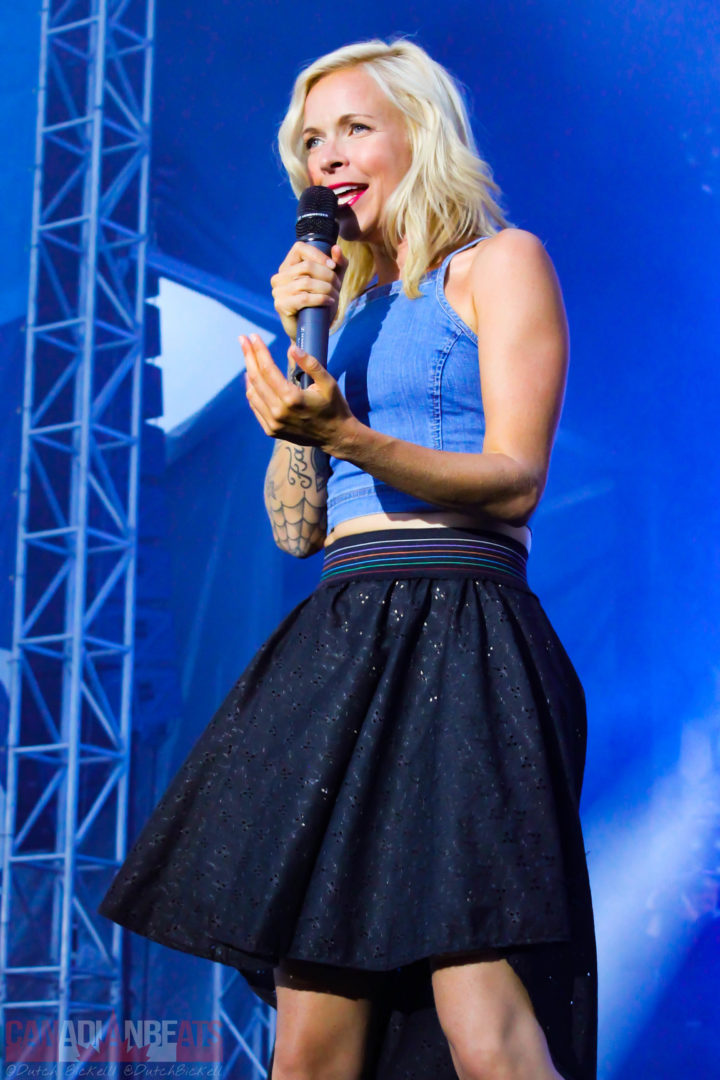 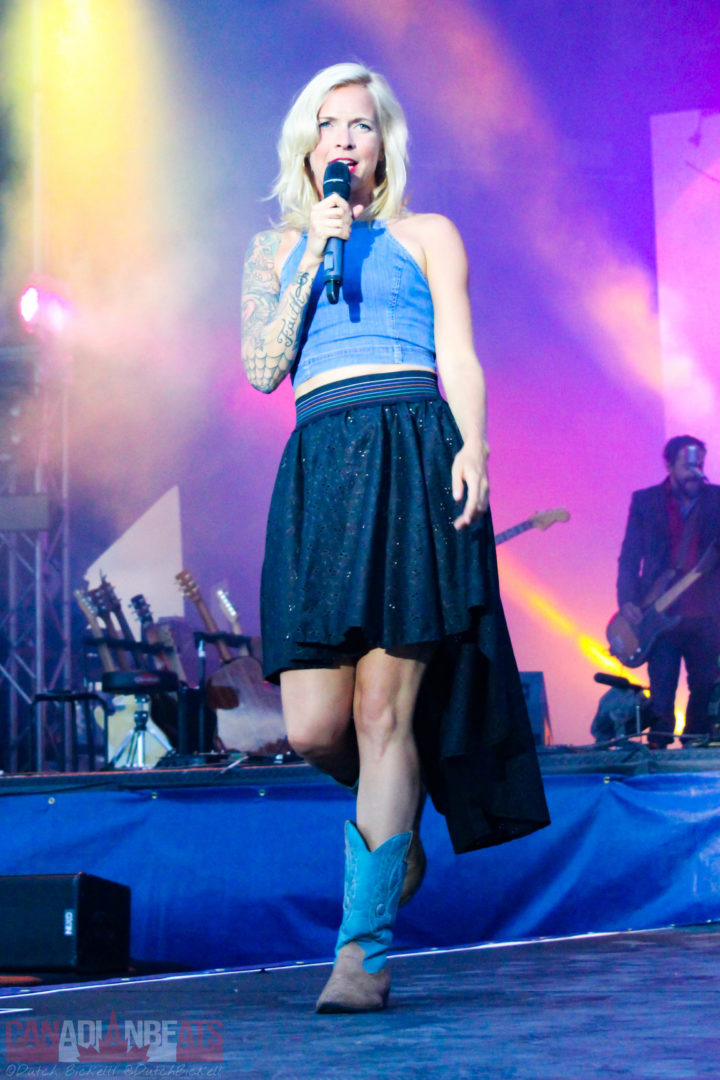 Yoan. Yoan has had such an amazing musical journey since walking off the stage of La Voix as the beloved winner of season two. Yoan’s self-titled debut album has since sold over 100,000 copies. Yoan has gone on to sell out his debut tour, as well as festivals and venues all over Quebec this summer alone. Yoan made his debut at the Bell Centre in Montreal and was the first francophone artist to headline at the Videotron Centre in Quebec City this past April. A live concert DVD captured during his April 8th, 2016 performance at the Videotron Centre is set to be released September 9th, 2016.

Yoan took the stage shortly after Boisjoli. With his calm, cool demeanour Yoan graced his fans with his deep, rich vocals, and the songs that his fans have come to love. What has been really great about watching Yoan perform since winning La Voix is the growth in each performance. Yoan puts his heart and soul into each performance and you can tell he is naturally at his best on stage. Yoan performed songs from his debut album as well as some covers of some of his biggest musical influences. “Goodbye Mother” always brings the crowd to tears, and Yoan always gets the crowd fired up with his rendition of “Get Back.” Yoan also included in his set list; “Baby What You Want Me to Do,” “Tulsa Time,” “Mamas Don’t Let Your Babies Grow up to be Cowboys,” and “Kansas City.” Always a gracious and humble artist, Yoan took the time after his set to meet and interact with his fans. 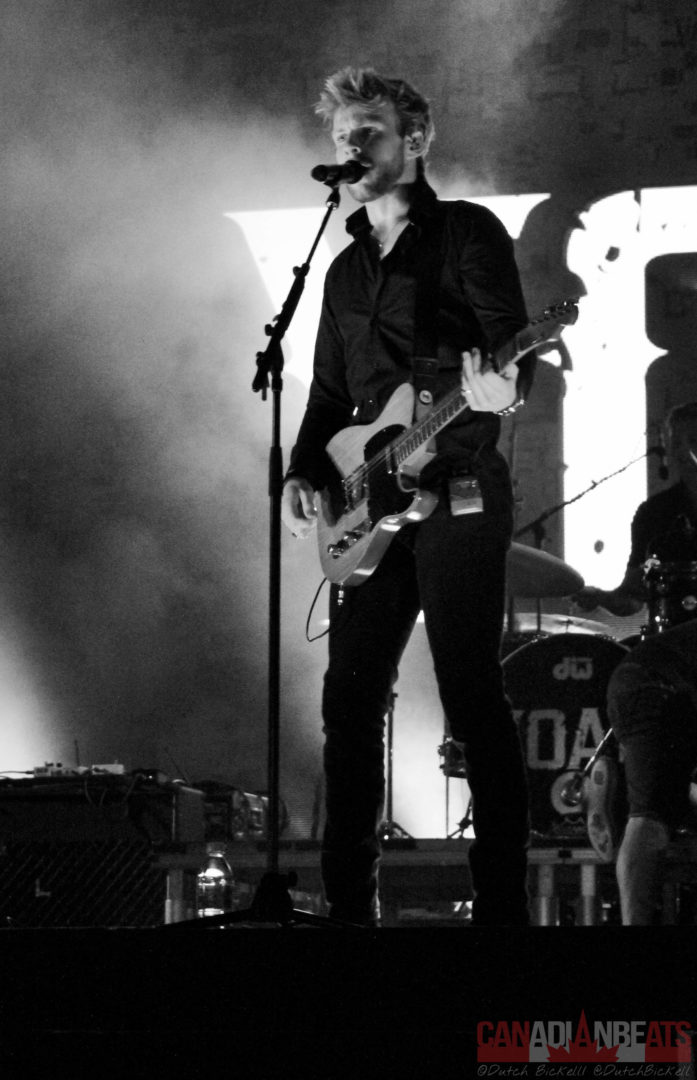 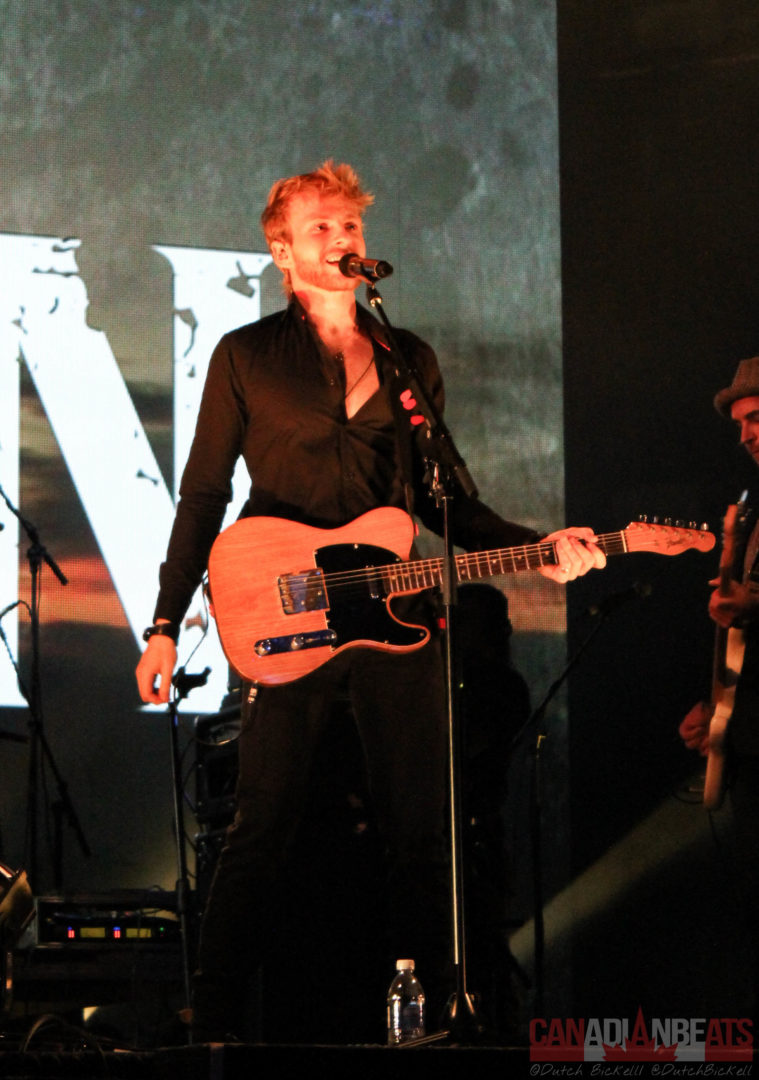 Brett Kissel. What Boisjoli, Yoan, and Kissel have in common other than great country music is their passion for performing and their fans. Kissel is one of the most grateful and interactive artists I have had the pleasure of working with. He treats everyone exactly the same, and wouldn’t have it any other way. Rewind three years ago when Started with a Song was released; I was scheduled to catch a then unknown Kissel perform in a small town in Ontario. The venue had listed the show start time incorrectly on their website and I was only able to catch the last two songs of Kissel’s set. As soon as he found this out he offered to play my guest and I a few acoustic songs, loaded us up with swag and merchandise, and promised us tickets to another show before we left the venue. There are few artists in any genre who would have been that accommodating to a couple of fans who missed their set. Three years later, with the sold-out Airwavestour, a second album, and tours with great artists such as Garth Brooks and Brad Paisley, Kissel is the exact same artist, with the same humble attitude.

Kissel and his band took the stage and instantly started to pour out high octane country music. Backed by a talented group of guys, you could tell that Kissel loves to be on stage and enjoys incorporating his band into the entire show. With everything from his number one hit “Airwaves” to the song that “started” it all, Kissel kept the evenings fast pace going strong. Explaining what each song meant and where it came from as performed each one, it was his performance of “I Didn’t Fall in Love With Your Hair” that left the audience absolutely blown away. “Kenny Rogers played here back in 2008,” Kissel explained to the audience as he broke into his version of the well-known hit “The Gambler.” Kissel’s versions of “Callin’ Baton Rouge,” “Thank God I’m A Country Boy,” and “Honey I’m Good” had the crowd on their feet and singing along. Not disappointing Kissel also included “3-2-1,” “I Can Play Gutiar,” “Cool With That,” “Canadian Kid,” “Tough People Do,” and “Something You Just Don’t Forget” into his set list bringing the whole show together. Bringing Yoan back out on stage for their version of “Good Hearted Woman” had the crowd ecstatic. The duo have a great on-stage dynamic, and you can tell they both carry the same musical and personal values. Just like Yoan, Kissel spent time to meet with his fans and interact with them after his set. Shaking hands and signing autographs, Kissel makes sure no one leaves his shows unhappy. 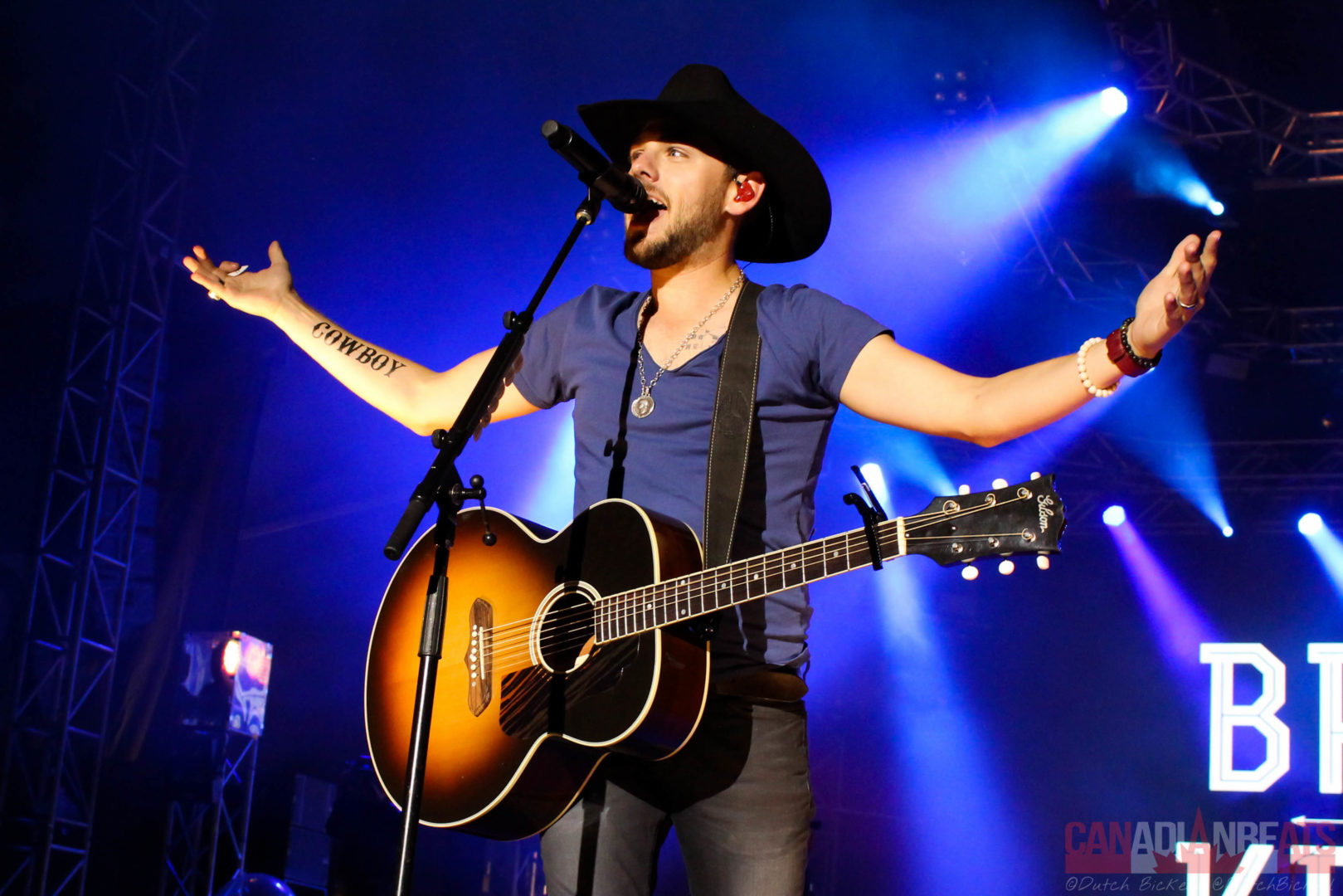 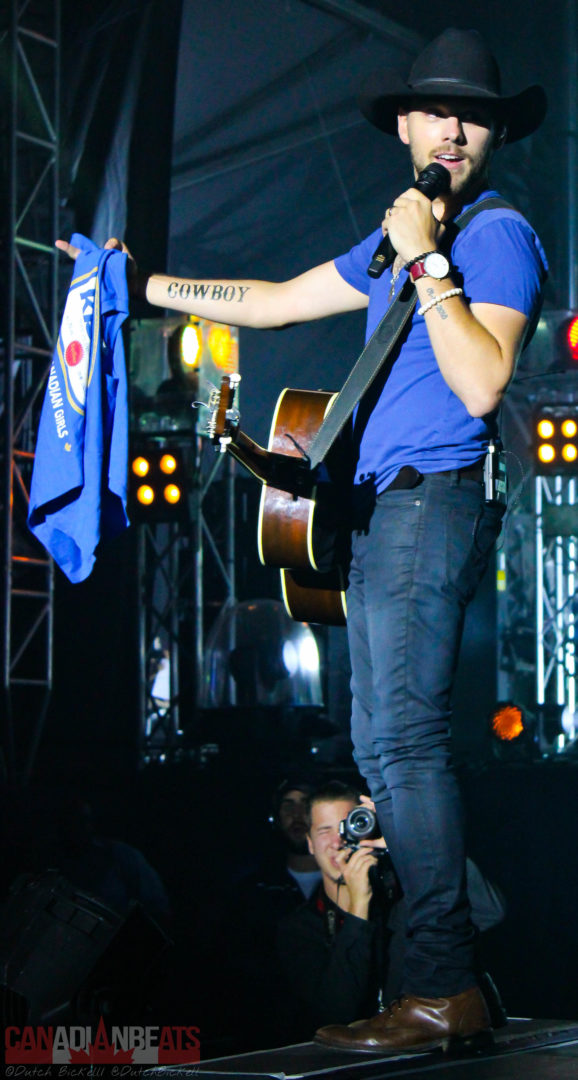 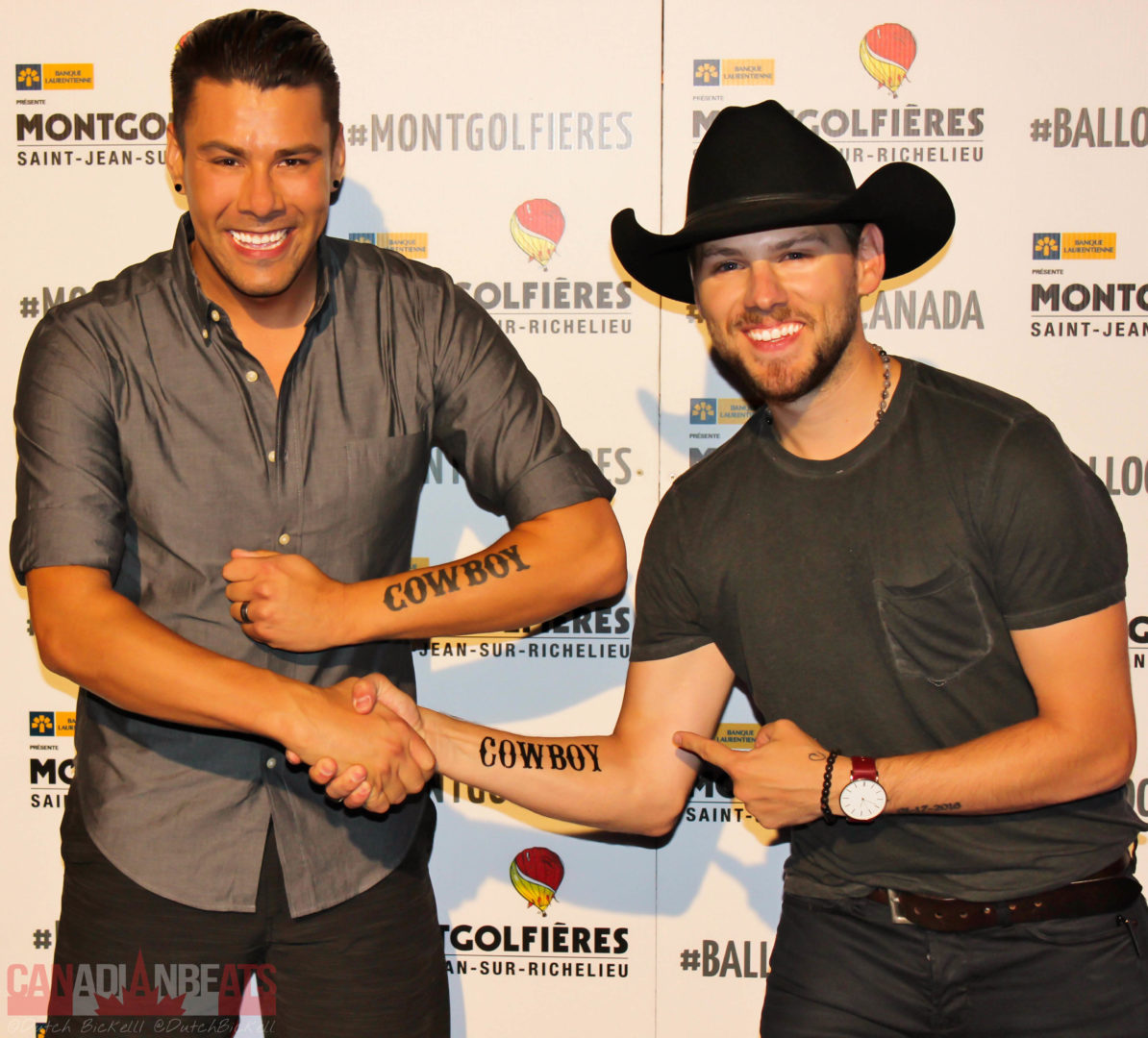 Both Yoan and Kissel are up for The Fan’s Choice Award at this year’s Canadian Country Music Awards!

For more photos from the festival, head to our Facebook page.