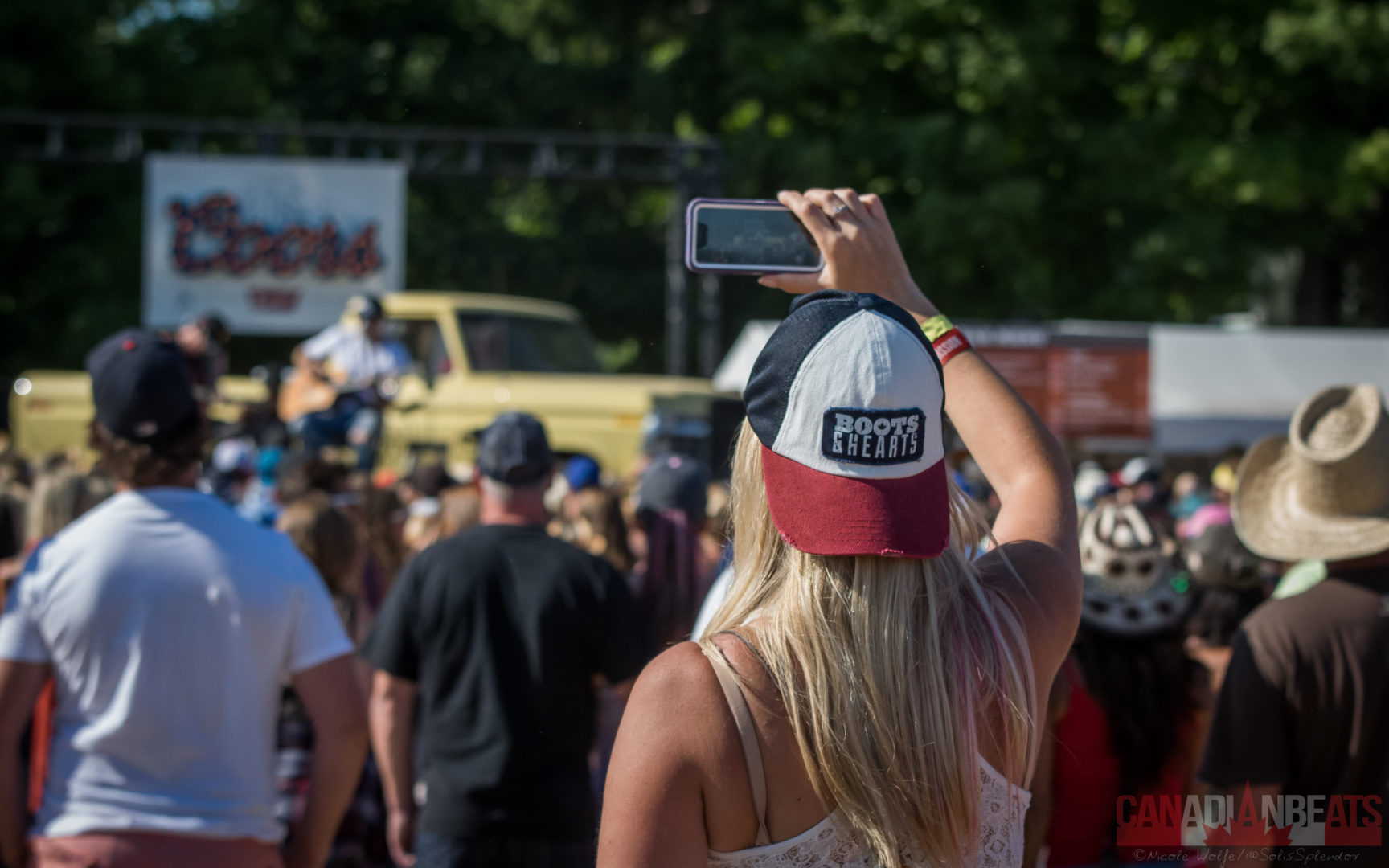 Now that the dust has settled both literally and figuratively at Boots and Hearts Music Festival, in Oro-Medonte, ON, I have had the time to reflect on my top 5 favourite performances by the Canadian artists represented at the festival.  For even more pictures of these top 5 performances, please visit our Facebook page.

Pritchett made it very difficult to take my job seriously as he energetically bounced around on stage interactive both with fans and the photographers in the pit during his performance.  Not once, but twice, he engaged me by getting very close and provided me with this fantastic shot below.  I left Pritchett’s show thinking a) I MUST interview this man and b) I hope I can catch another show of his in the future! 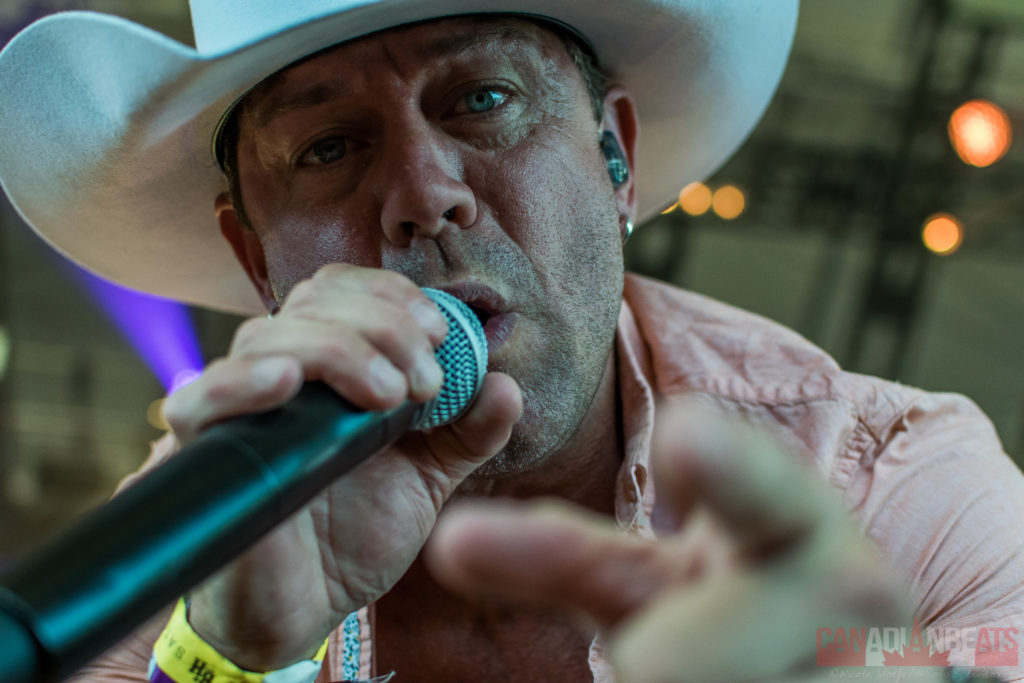 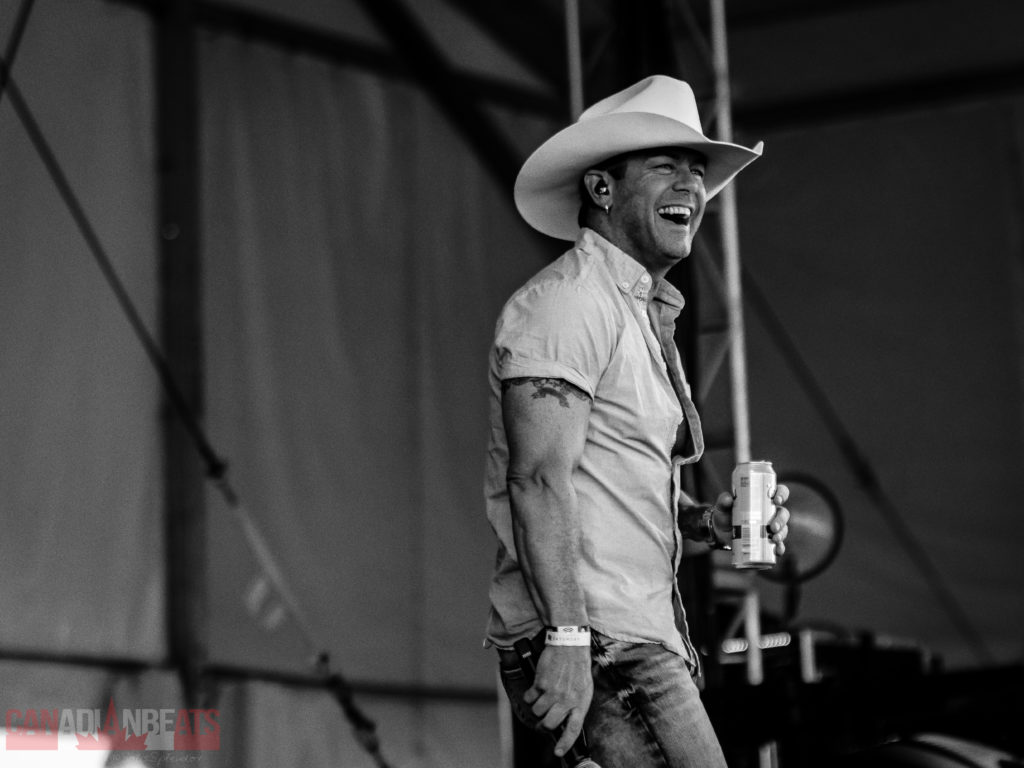 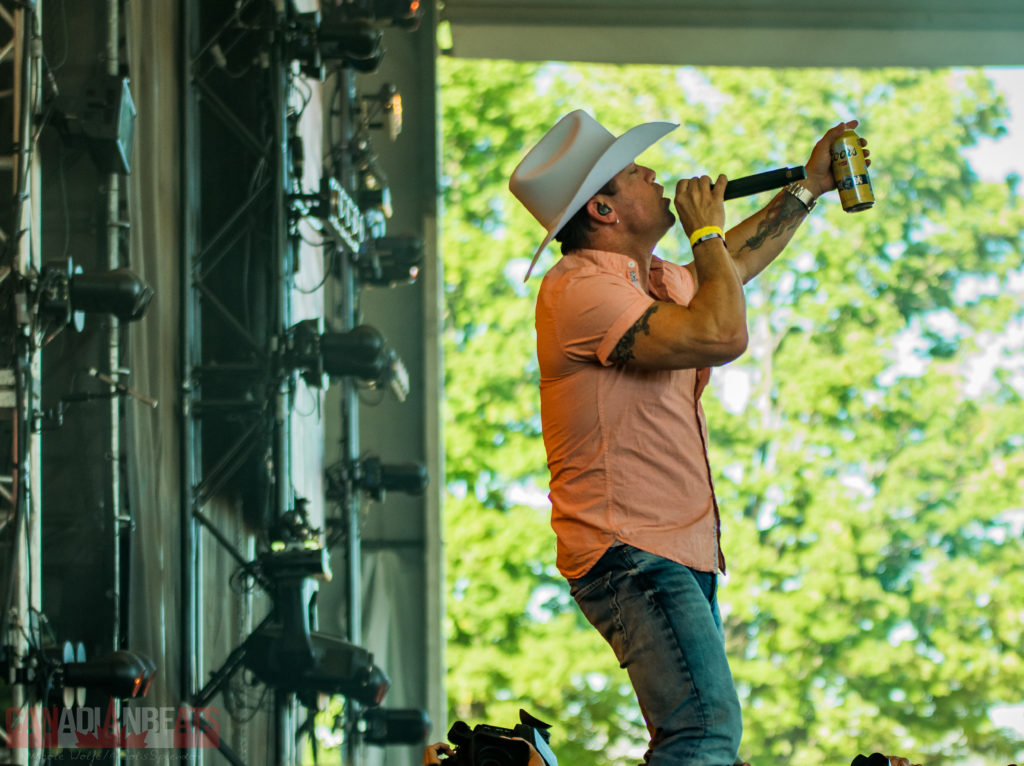 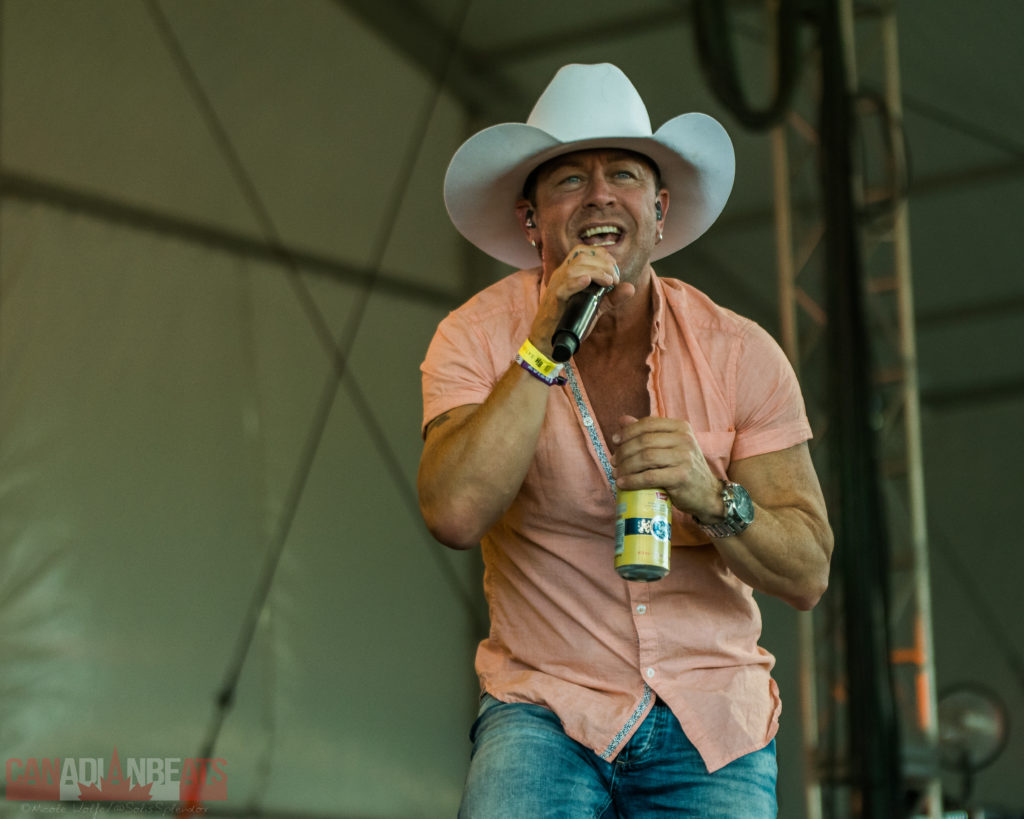 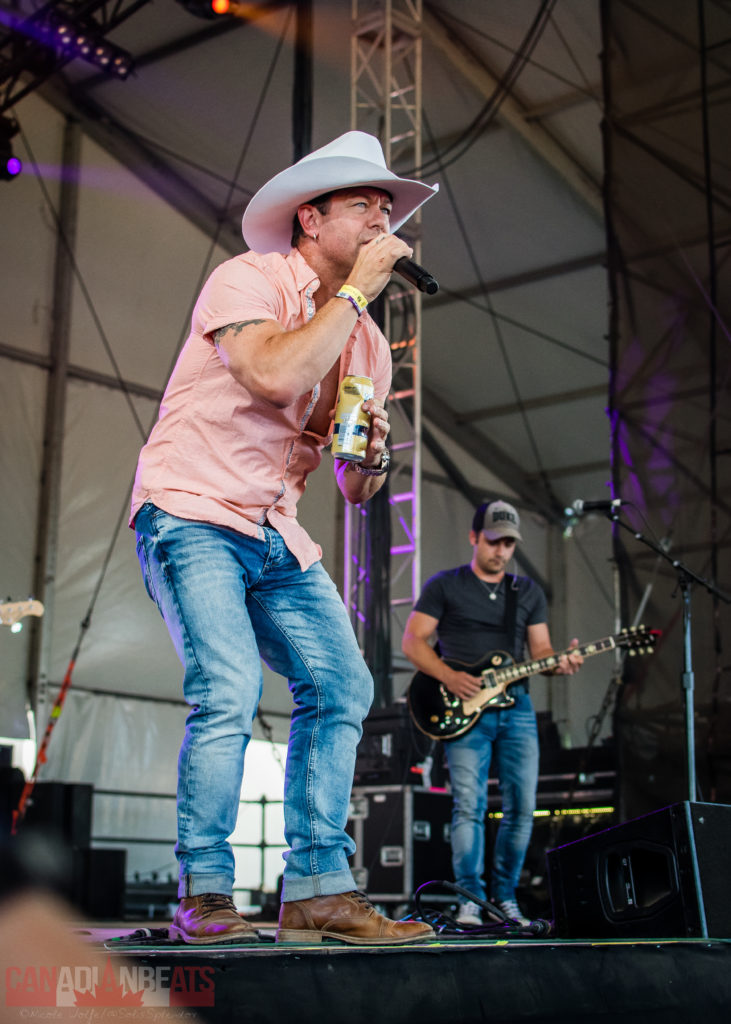 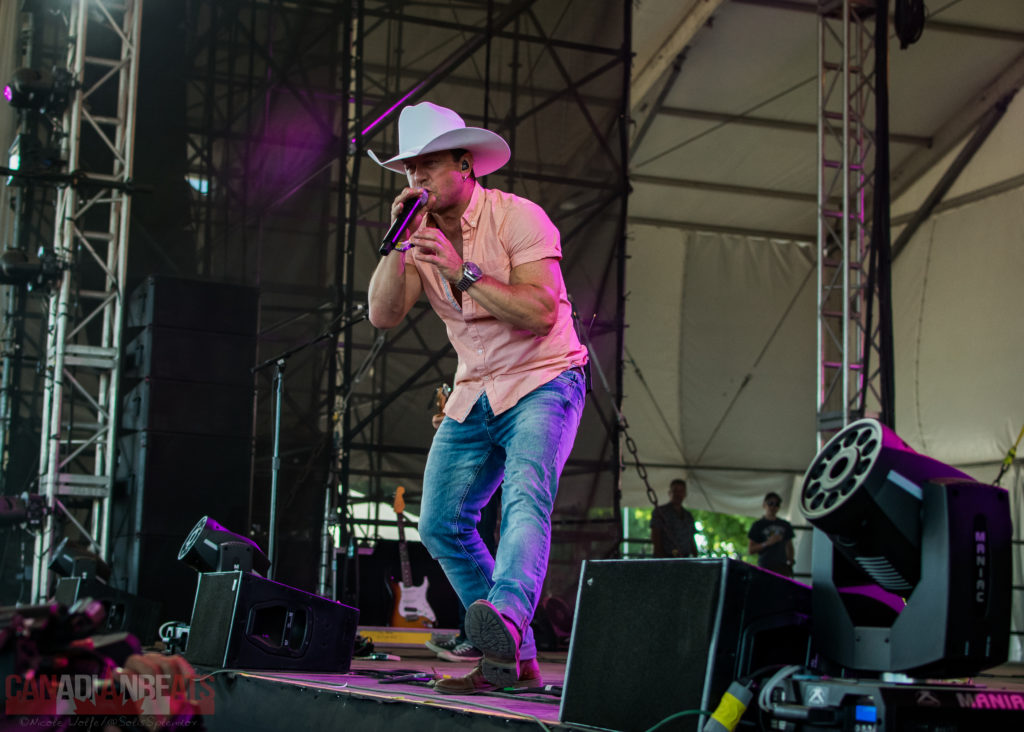 Marquardt was the first performance that I caught on the Main Stage, and I almost missed it!  I had to feverishly run from the Front Porch Stage with all my gear (which is quite the comical site!) and just made it as he was walking on stage.  It did not take long for me to recompose myself because this man has presence on stage.  He totally owns it! 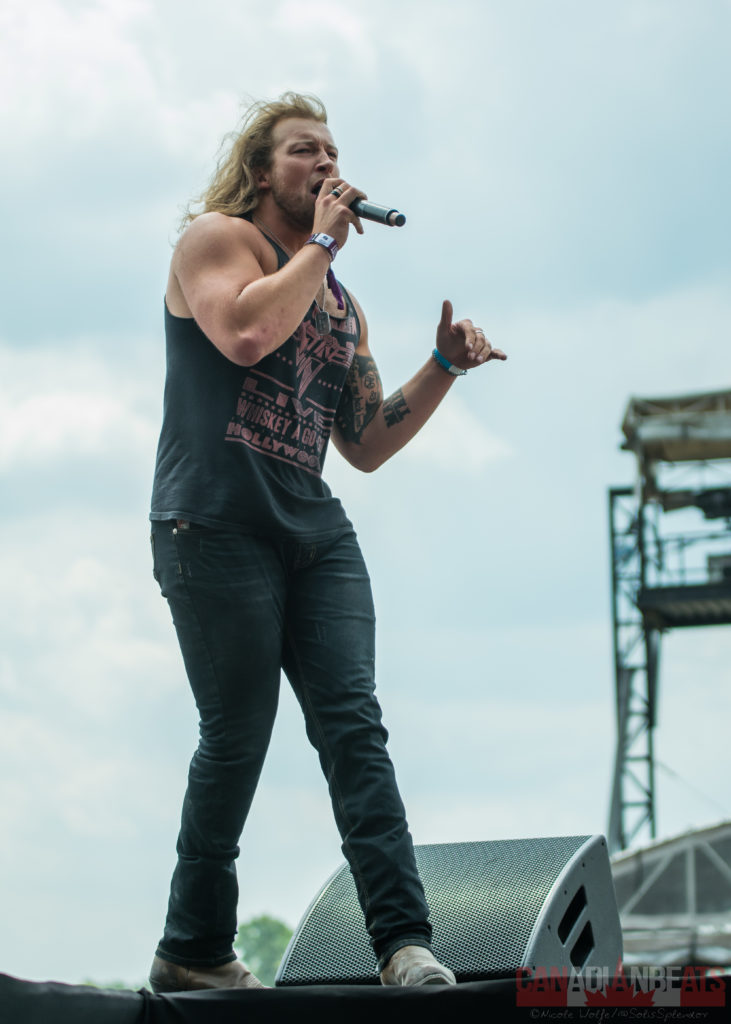 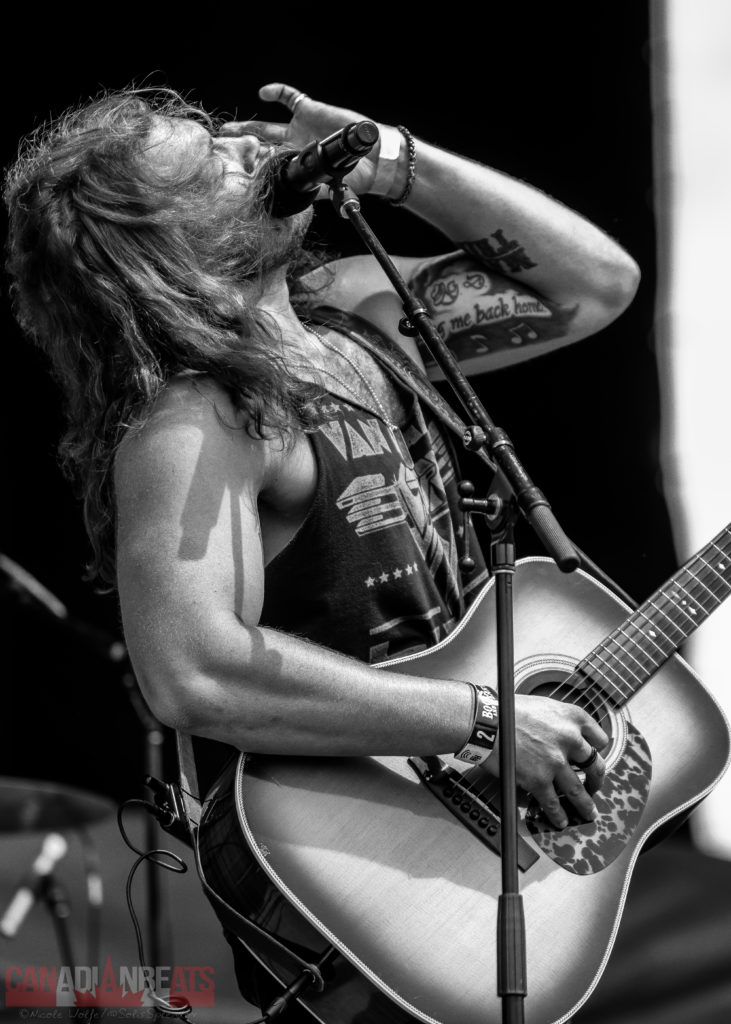 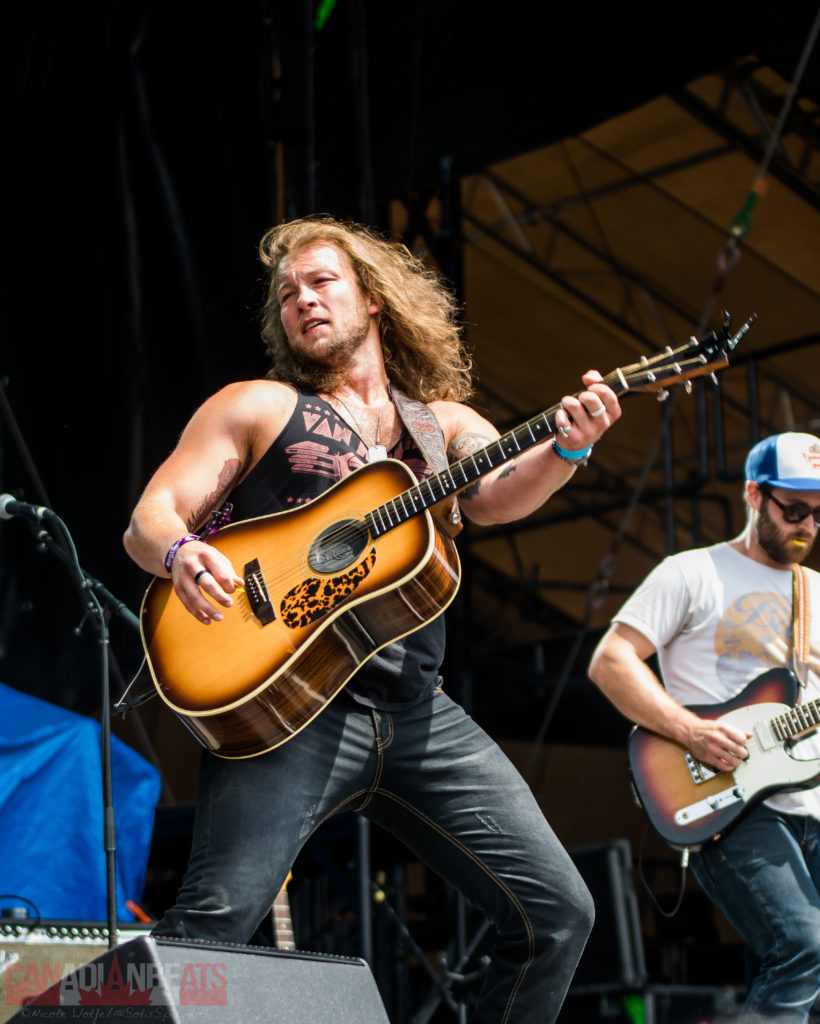 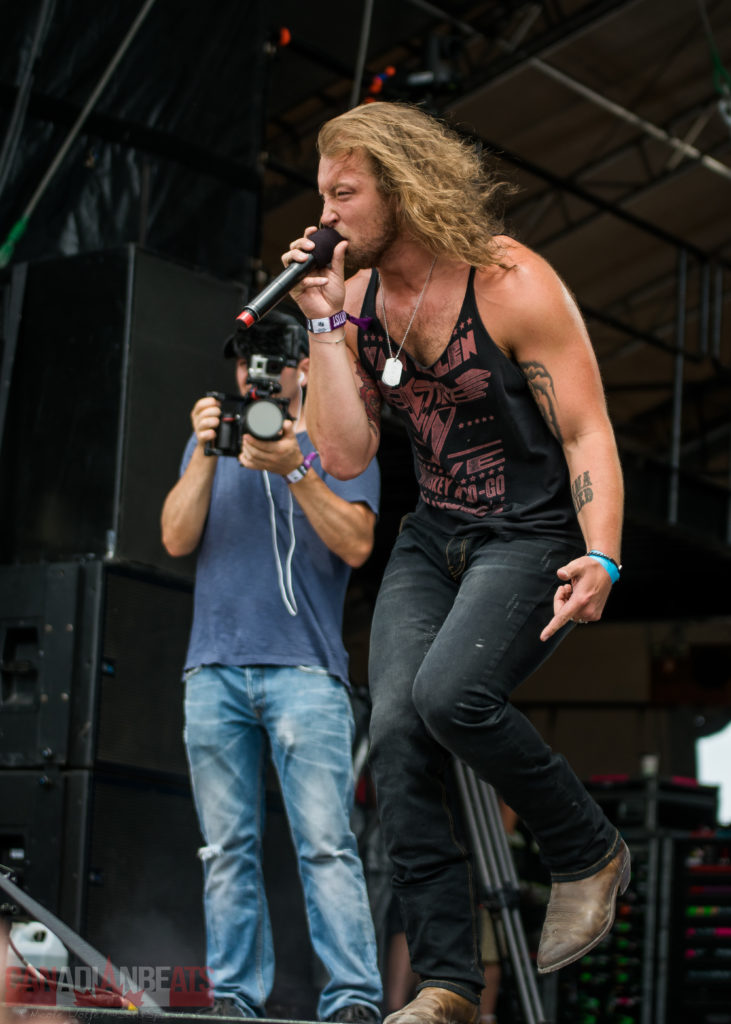 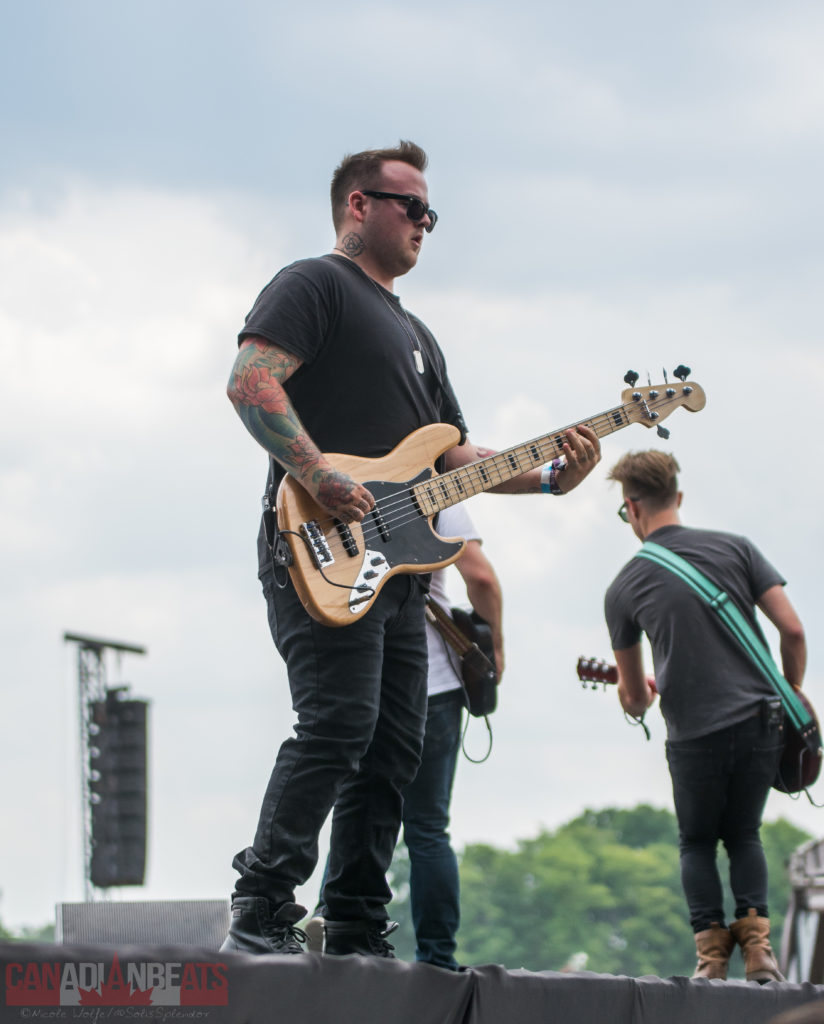 It was an honour to be in the presence of such an iconic Canadian band!  Emerson Drive performed to a completely packed Front Porch Stage to thousands of their fans.  I found myself lingering behind to watch the entire show after my first three songs in the pit.  The band’s chemistry is undeniable.  Despite the stressful circumstance of performing to thousands, these band mates were clearly having fun on stage! 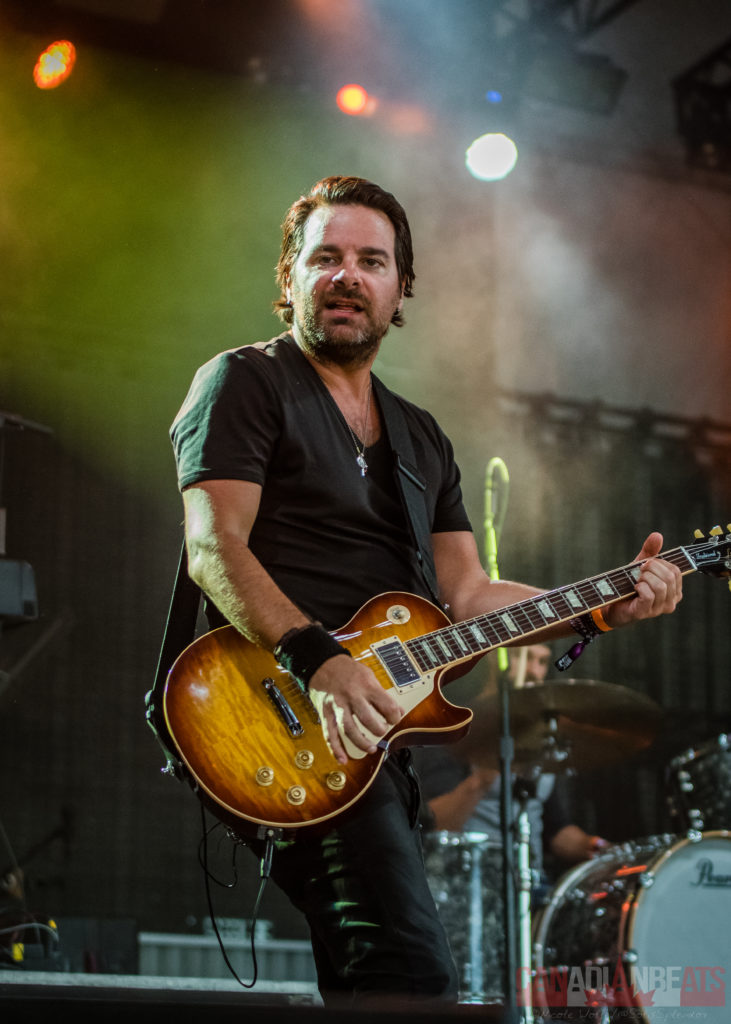 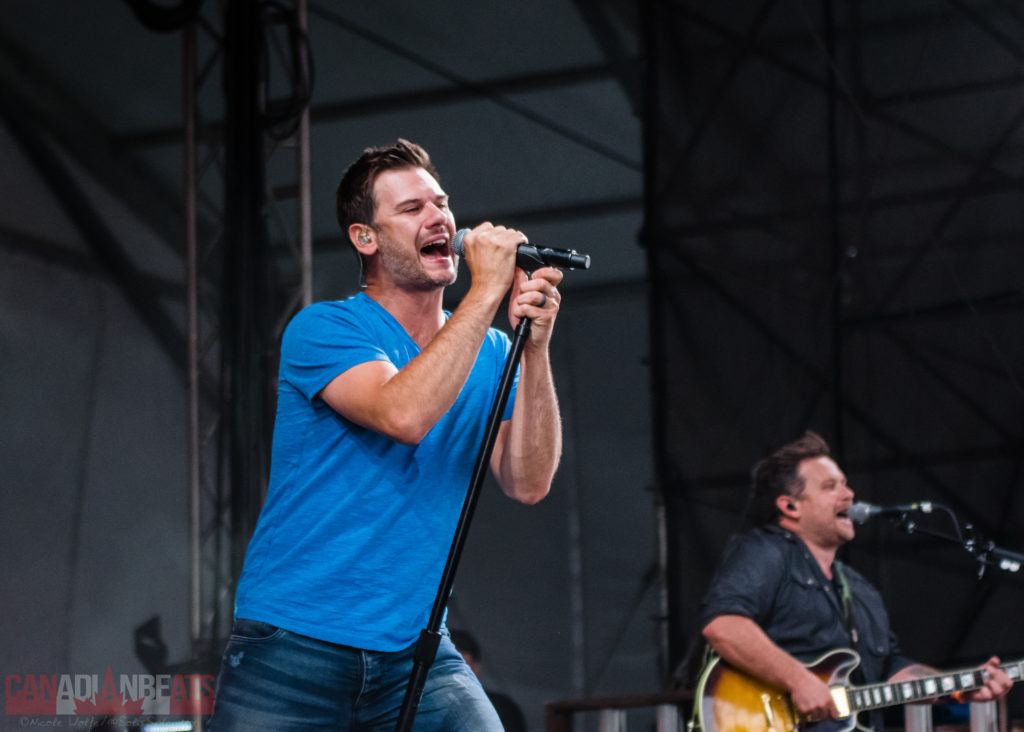 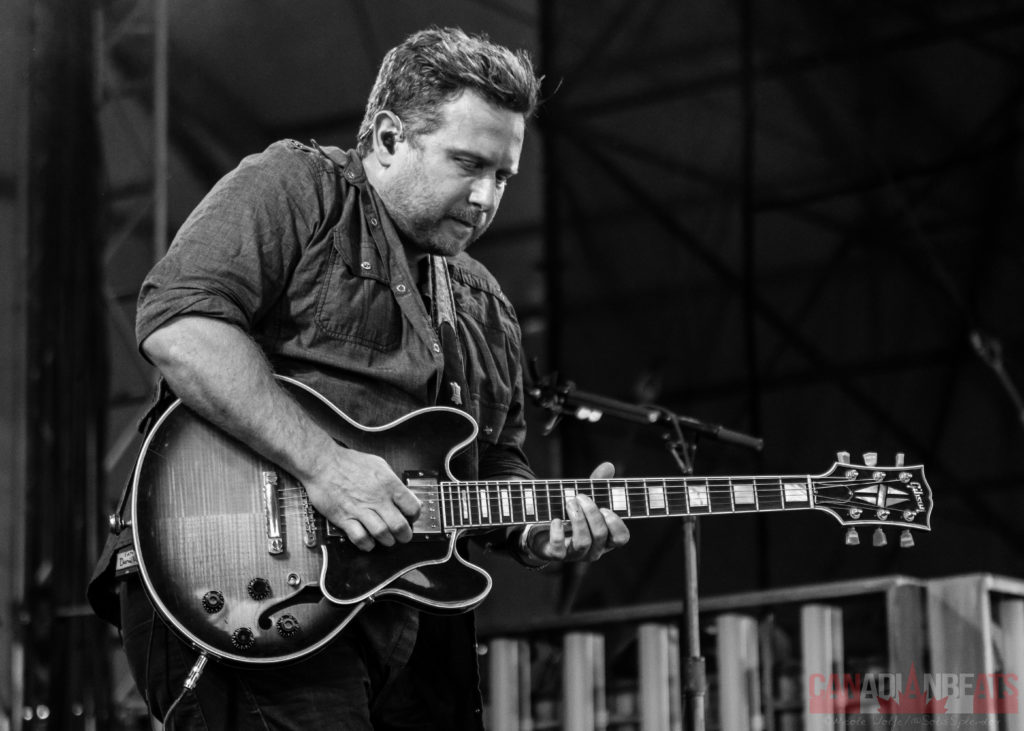 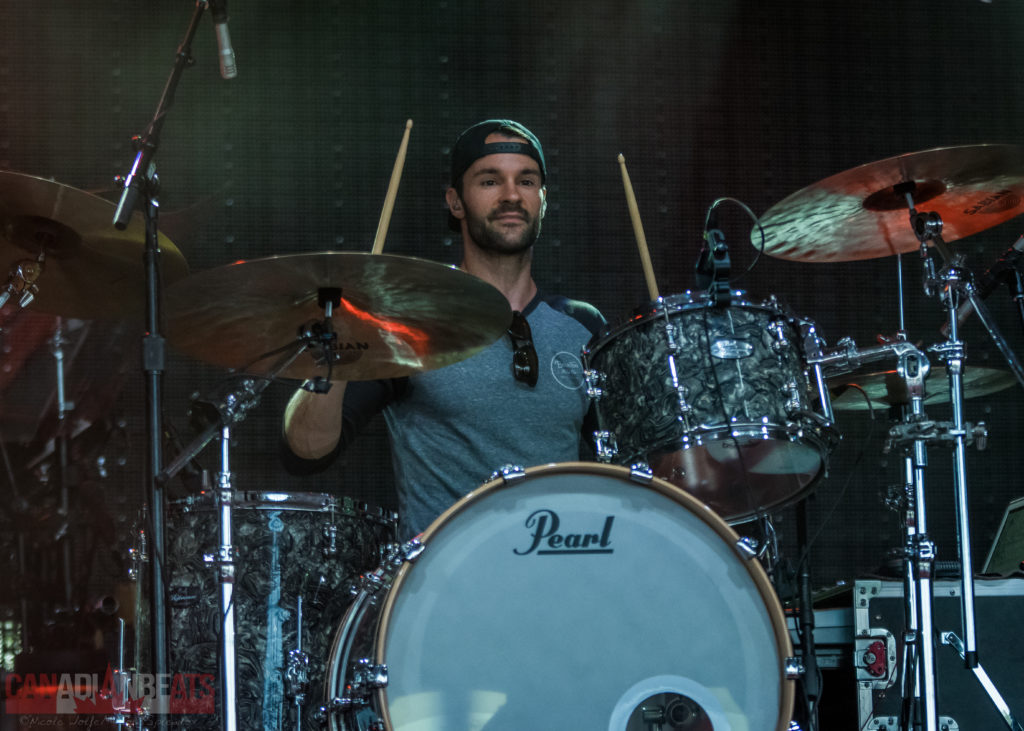 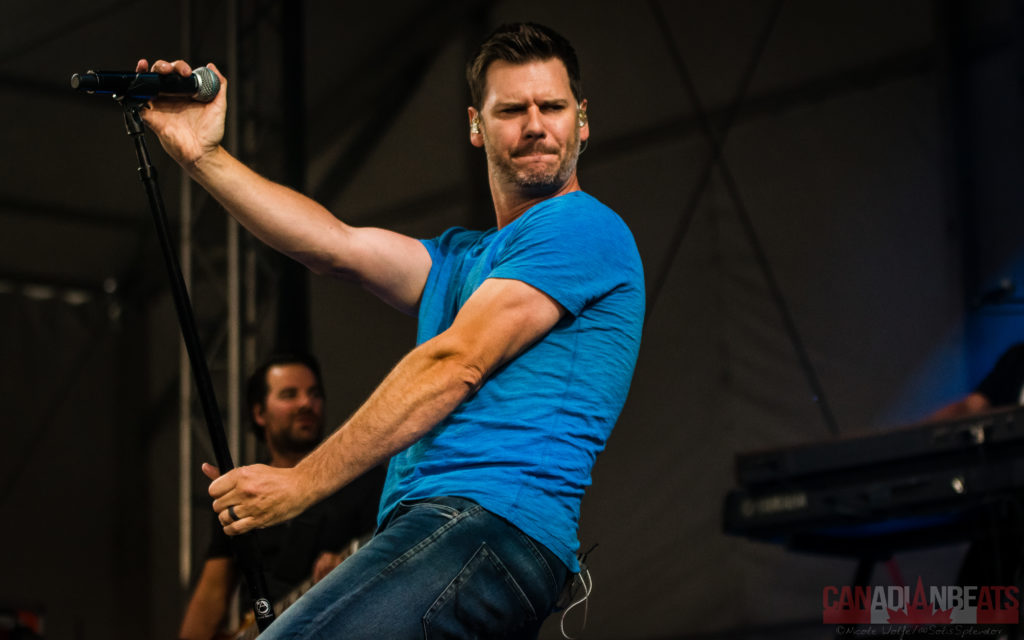 After recently finishing a phone interview with Ell, this was the performance that I was anticipating most, and she certainly did not disappoint!  Fans watched the magic on stage as she played all her own leads on her striking purple Fender.  And yes, the rumours are true, this girl can definitely shred! 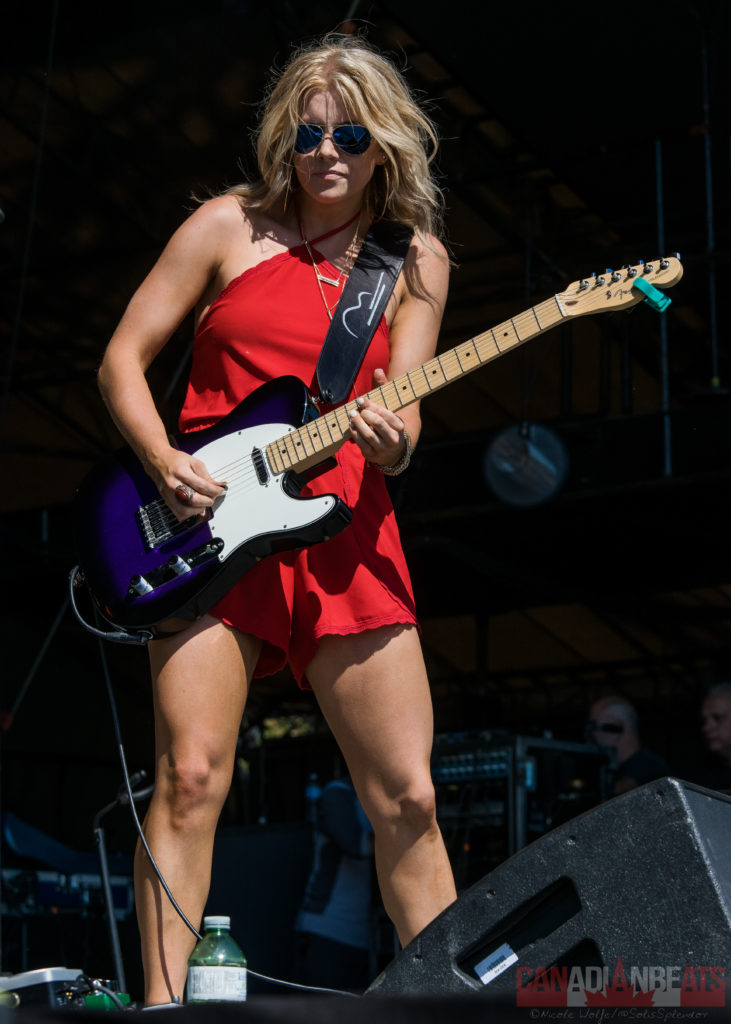 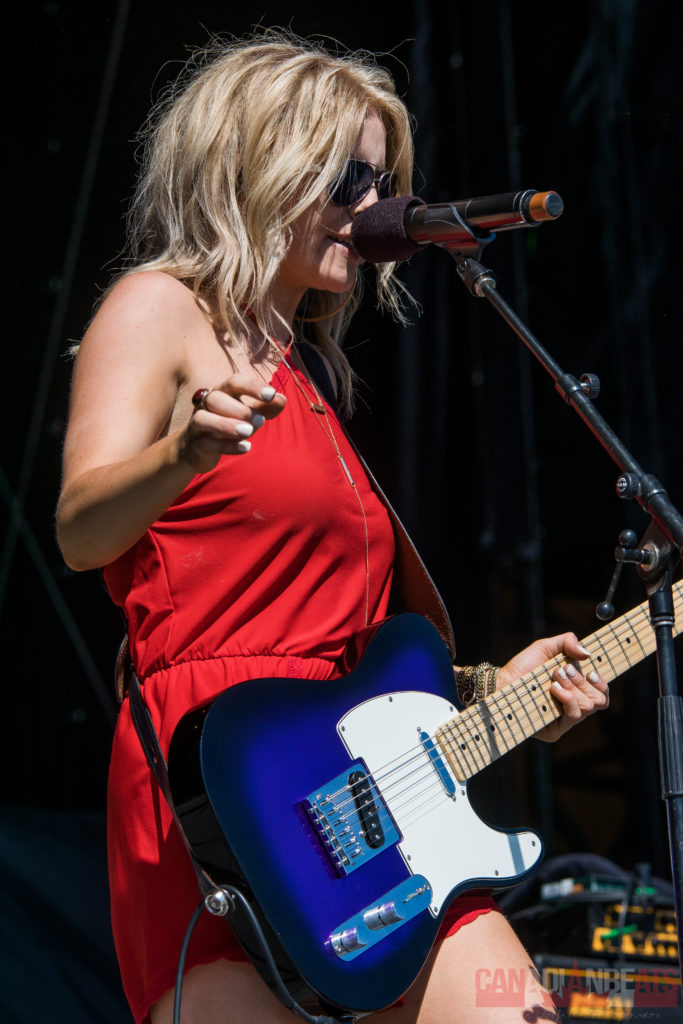 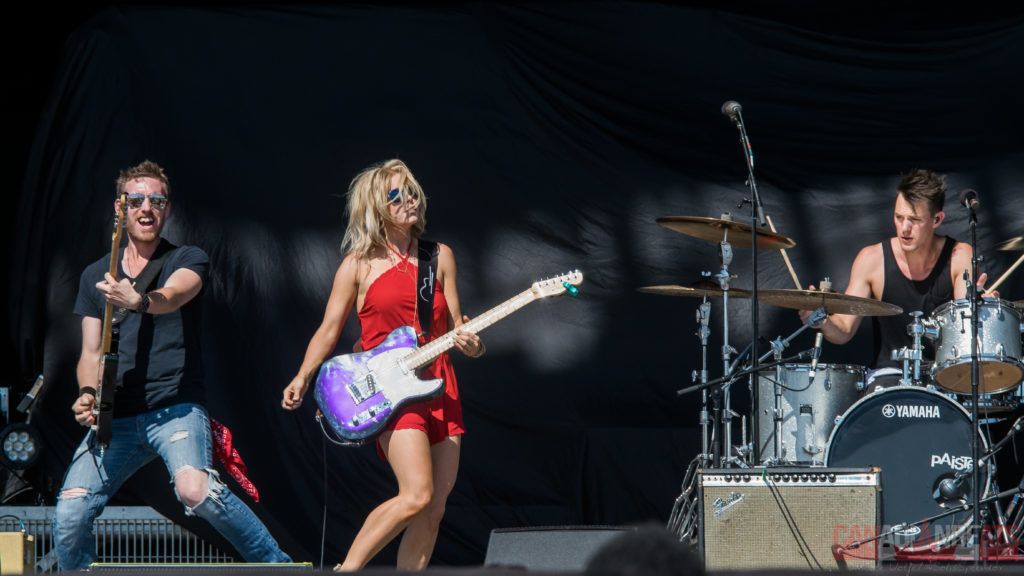 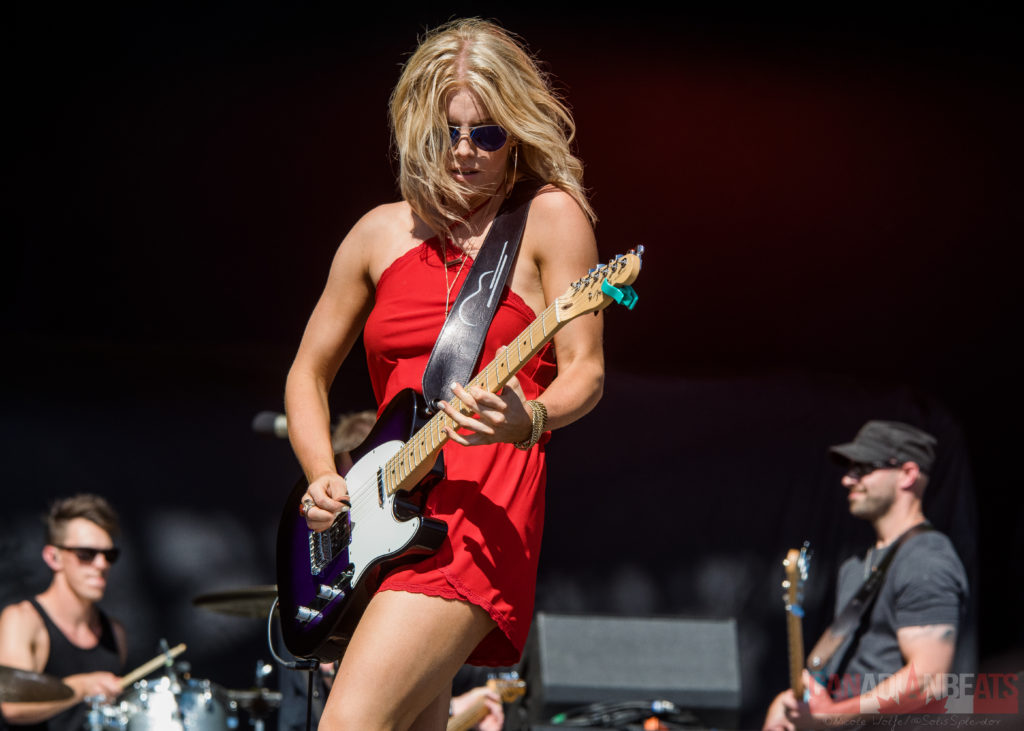 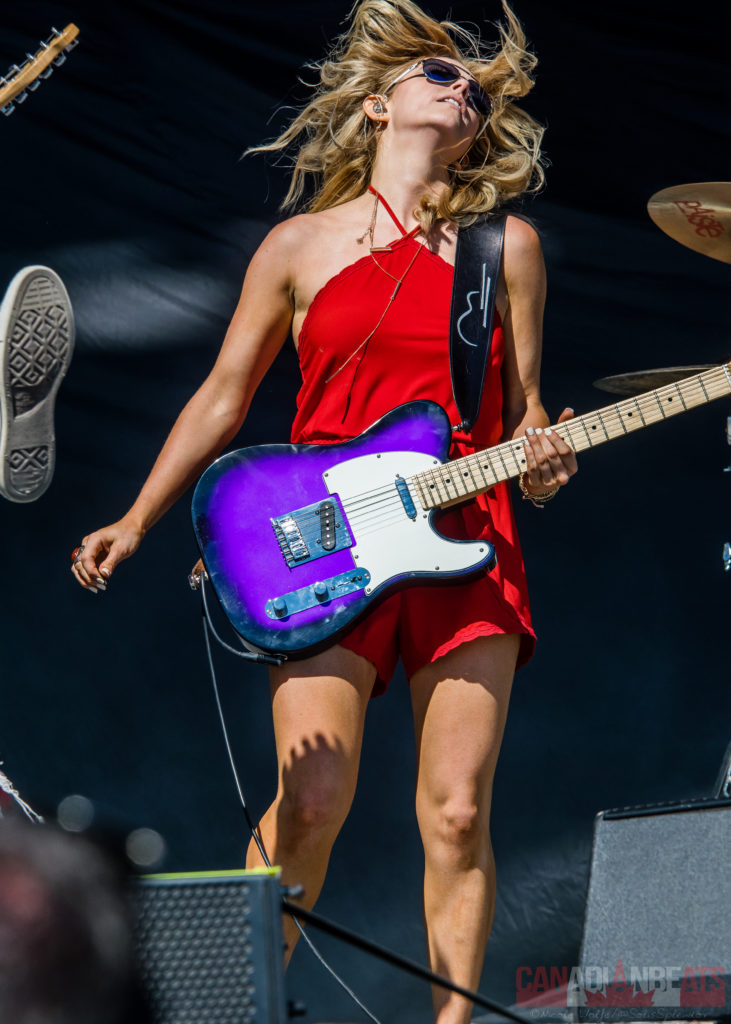 These boys from Ottawa captured my heart the first time I saw them perform and I knew it wouldn’t be long before I caught them in action again.  Affectionately referred to as ‘the cherry bomb band’, as per their new top 30 single, River Town Saints put on a show like no other.  Fans were treated to a fun medley where the band showed that they can make any genre of music sound good.  My personal favourite moment in the medley was when bass player Daniel Di Giacomo took over Chris Labelle’s mic to rap to “California Love” in the stylings of Dr. Dre. 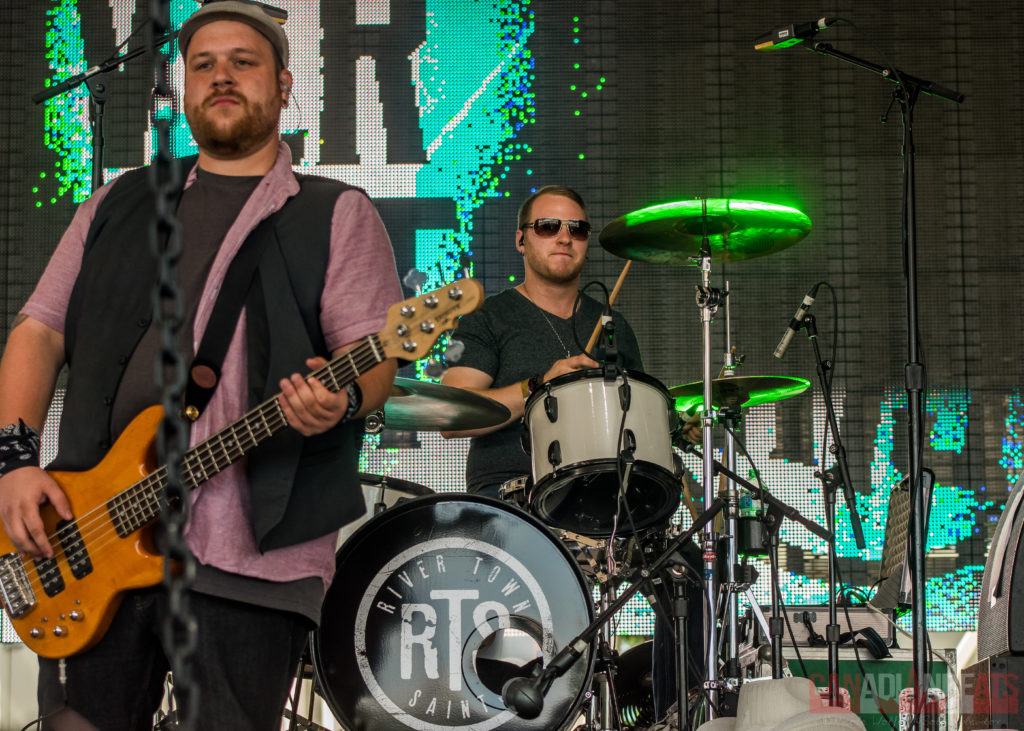 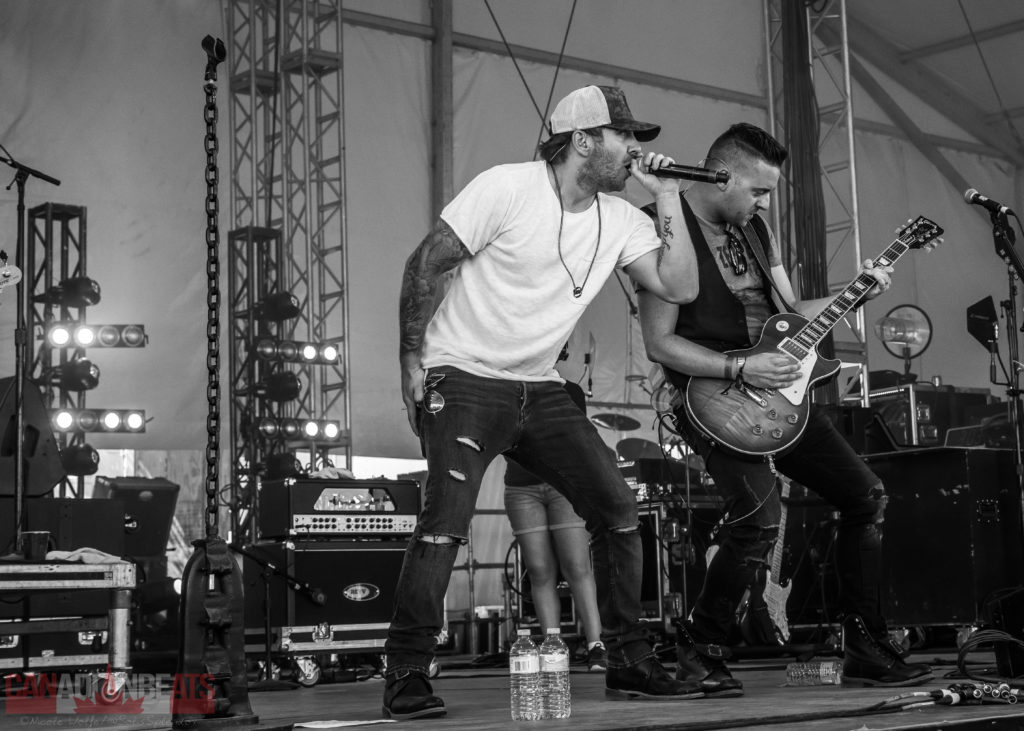 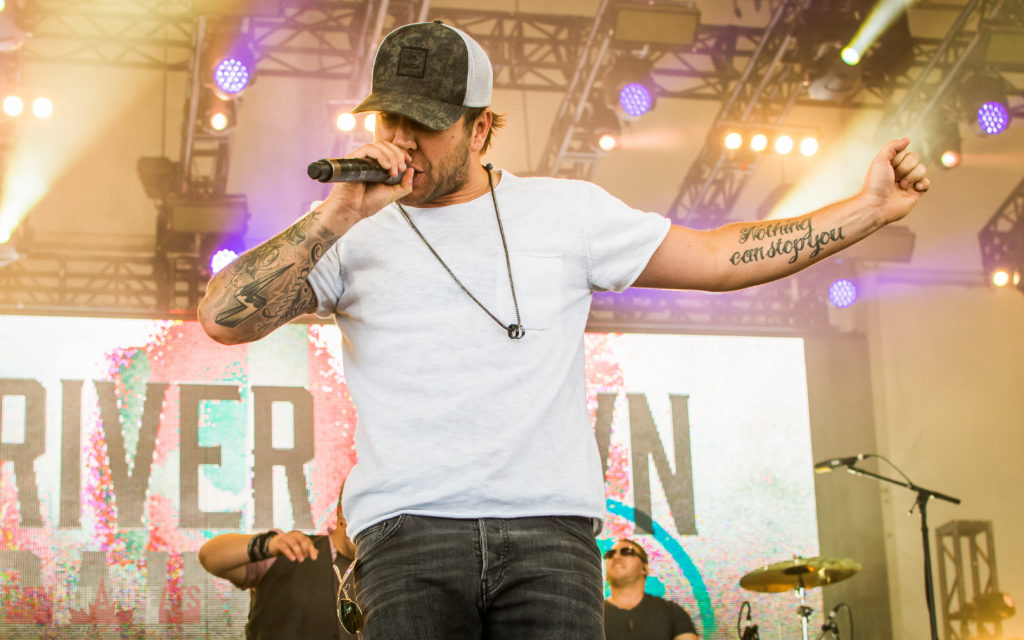 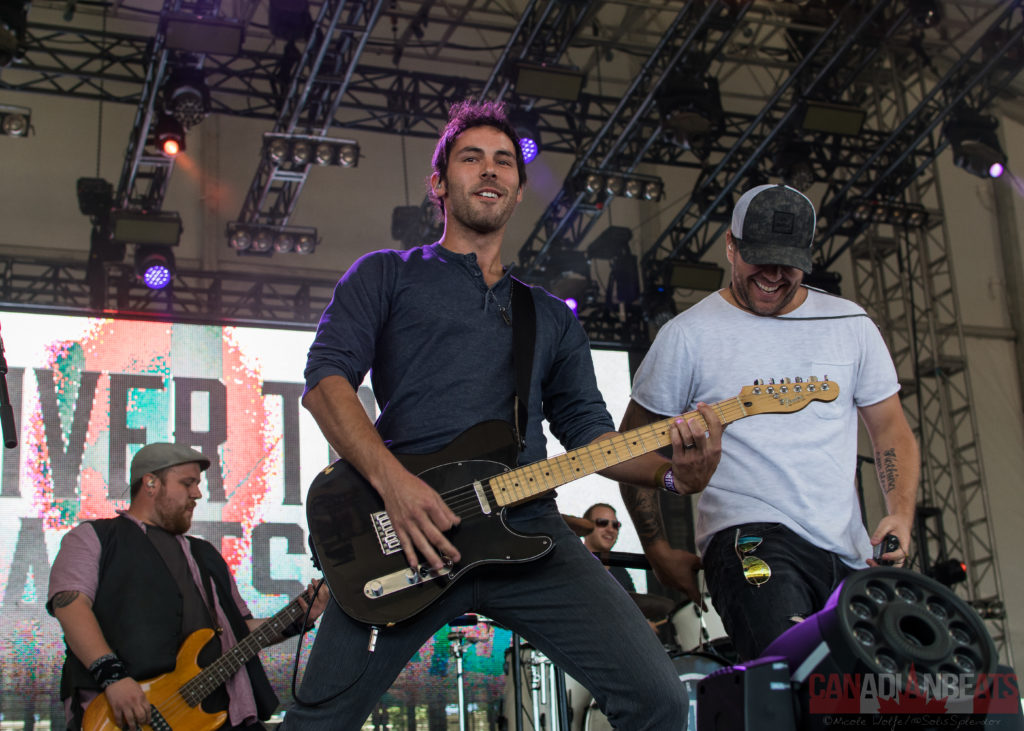 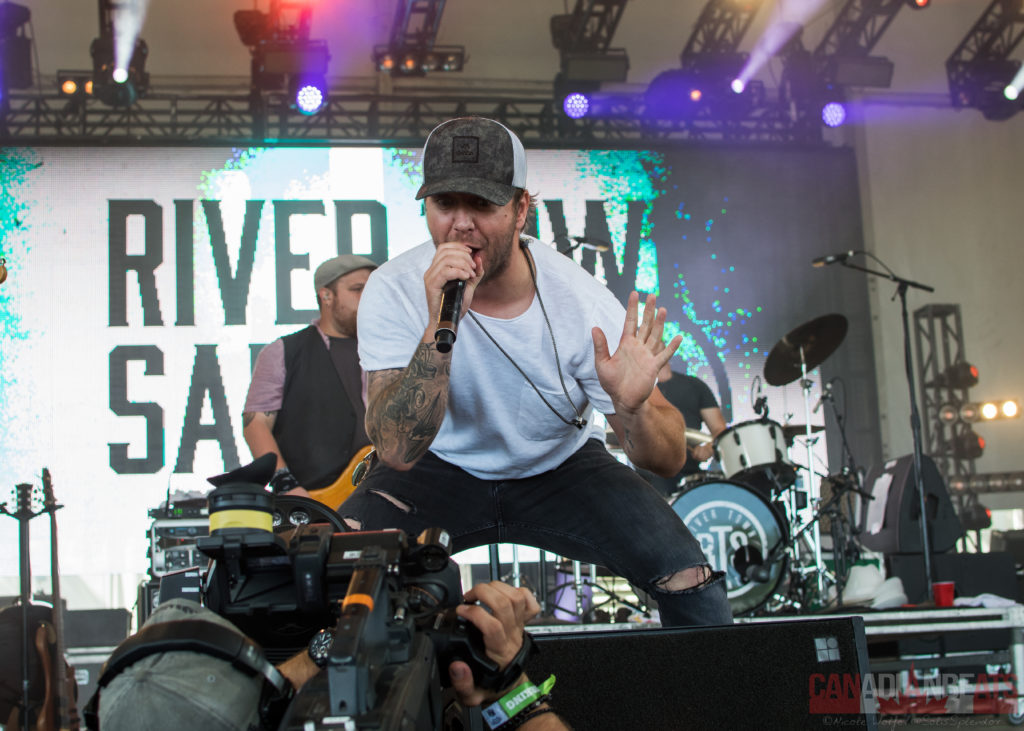