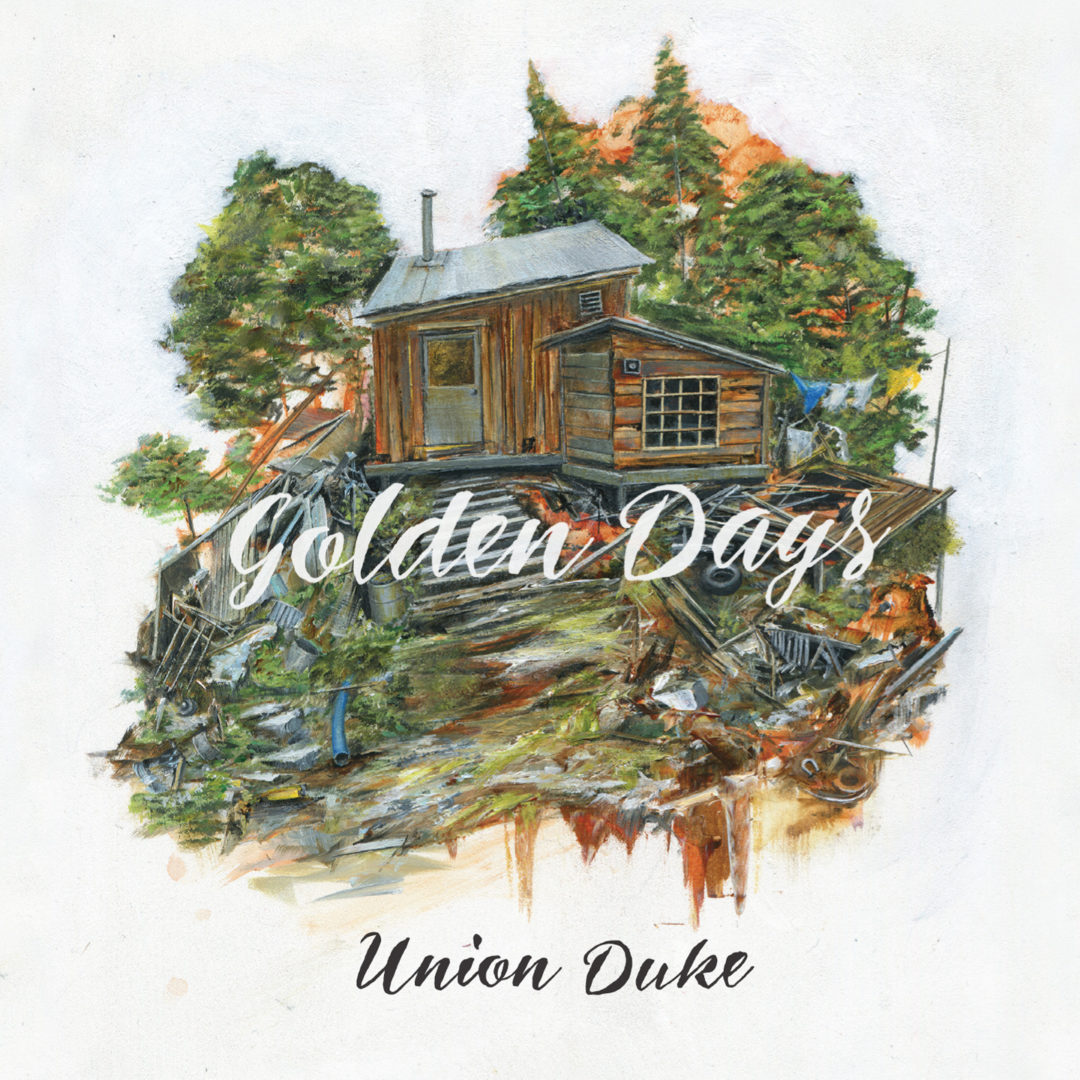 Union Duke started back in 2005 with the three founding members Matt Warry Smith, Ethan Smith and Jim McDonald, who were known for sneaking away from classes in high school to play and write music together. In 10 years time, three members grew to five and a change in musical style has lead to their third album, Golden Days. The album is made up of  14 tracks of bluegrass/ country tunes which were recorded live from their shows and captures their high energy, great harmonies and varied instrument playing.

Union Duke members are known to play Ukulele and banjo, along with electric and acoustic guitars. The band has described themselves as “Folk-Rock-Country-Bluegrass” in that order. Golden Days blends all four musical styles flawlessly and their vocal harmonies are reminiscent of Crosby, Stills & Nash with Eagles on the side.

Of the 14 tracks two tunes that stand out are “Chasing Headlights” and “Bird on the Wing”. Most of the tunes are a blend of Bluegrass and Rock with the exception of “Got You On My Mind” and the title track “Golden Days” that are nice country tunes. Golden Days gives a great taste of Union Duke’s live performances, so if you like what you hear be sure to check them out in concert if you ever get the chance.