By Remington Fioraso on August 9, 2016@https://twitter.com/RemingtonFD 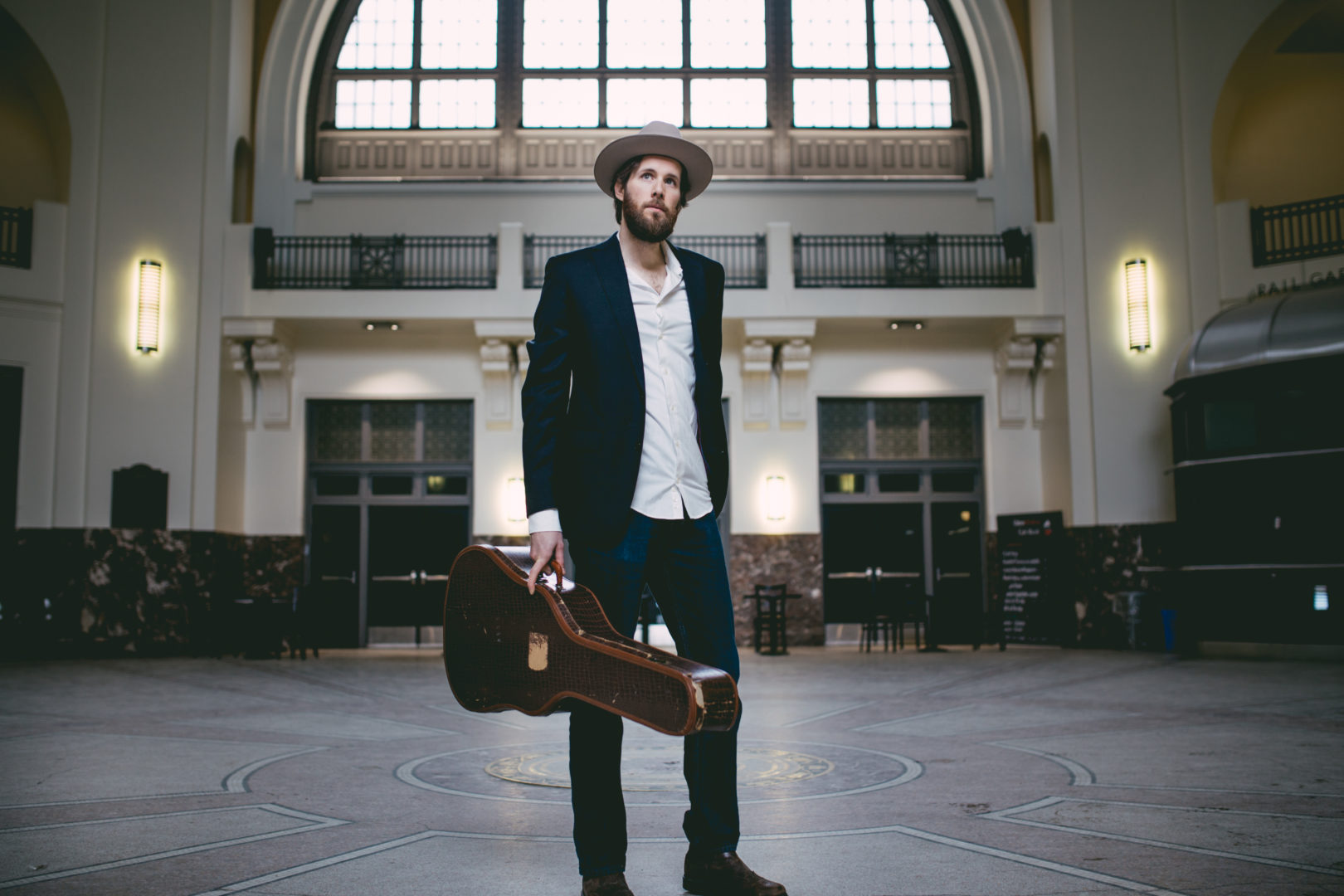 I recently had the opportunity to ask Winnipegs’s Kevin Roy questions about his upcoming debut album Heartworn Highways and tour dates. Continue reading to find out more about the artist below.

My name is Kevin Roy, I am an Alt-Country artist from Winnipeg, MB. I left a career as a school teacher three years ago to pursue a career in music fulltime. My debut EP, Taller Than The Trees, was released in 2014. Since the release, I have performed about 300 shows in Canada in venues ranging from house concerts, folk clubs, theatres, and festivals. This fall I am gearing up to release my debut full-length album, Heartworn Highways.

Musically, I have many influences. I credit Neil Young, who also attended the same High School in Winnipeg as me, as the biggest. A few others include: John Prine, Gram Parsons, Hank Williams, to Canadian artists like Blue Rodeo (Jim Cuddy & Greg Keelor) and Corb Lund. I’ve always been into a good story song with some a steel guitar.

Besides the big names past and present, I credit a lot of what I do musically to my grandparents. My grandpa on my mothers’ side had a real country way of strumming and picking his old Hummingbird guitar. On my fathers’ side, my grandpa was a seasoned harmonica player. Those are my two staple instruments, I learned a lot from them both.

It was completely intrinsic. I was working a professional day job as an industrial arts teacher. For the better part of the last decade I had been writing songs and playing around the Winnipeg scene, but it was never anything more than that. The thought of writing music for a living, performing shows, and a troubadour lifestyle really appealed to me. I love travelling, meeting people, and sharing stories. So, I decided to leave the permanent nine-to-five day job to pursue a career as a musician.

Your new album Heartworn Highways will be released on September 23, 2016.  Can you give us a bit of background on the release?

This will be my debut full-length release. It actually started as an EP. I was in the process of redefining my sound. My debut album, Taller Than The Trees, was an acoustic album, I was looking to create something with more of an electric Americana glaze to it. I also wanted percussion, some honky keys, organ, and pedal steel. Despite the change of instrumentation, I feel the production and arrangement with this album really bridges the gap nicely from my debut album. The focus is still first and foremost on the stories the songs tell.
What were some of the inspirations for tracks on the album?

The tracks on this album span a variety of themes and content. But overall, there is a great deal of staying true to your roots, who you are, and where you are from. Hard To Make A Living is about the hardships of being successful in your career path, in my case, the music industry, “It’s Hard To Make A Living paying your bills and trying to pay your dues.” I also have a song for the threat of rising waters in flood prone regions (The Mighty River). The title track is a murder ballad written using almost exclusively old outlaw country song titles ranging from the works of Merle Haggard, Townes Van Zandt, Hank Williams, Johnny Cash, and more. The Morning Crow, is a waltz-ballad for those who have experienced that unwanted cackling wakeup call at some ungodly hour in the morning.

How was the recording process?

Recording was done primarily live off-the-floor. We really wanted to build off of a solid bed track that represents the feel of a live performance. Overall, it was a great experience with an exceptionally talented team. Some of my best friends happen to be some of Winnipeg’s most talented musicians, I really feel quite blessed. It can be pretty easy to get stressed or overwhelmed when the tape is rolling. I feel our team did an amazing job having fun with the treatment of the songs and the album. It’s really quite neat, before going into the studio the songs are just words, Nashville numbering charts, and iPhone demos. I love the process of creating them, producing them, making them exist.

The front and centre of my live performance, whether solo, or as a band, is the songs and the stories they tell. If there are twenty people at a house concert, or hundreds in a theatre, I try to tear down the performer/audience barrier and make it feel as if we are sitting in a living room with friends. I play in a number of configurations from solo to a six-piece band. With the bigger band, I feel that as important to the vocals and vocal harmonies are the voices the instruments have. My full band show will always showcase the talents of the instrumentalists.

What has been your most memorable show to date?

I have performed many memorable shows for some amazing audiences and alongside some of my favourite artists, however, it has been tough to beat the feeling of performing my debut EP album release for a hometown crowd at the West End Cultural Centre.

Are there any tracks in particular from Heartworn Highways that you are most excited to perform for fans?

The title track. I have been performing it recently and it has quickly become one of my favourites to sing. After introducing it as a song constructed using almost entirely Merle Haggard, Townes Van Zandt, Hank Williams, etc. song titles, I enjoy watching the nods from the audience as more country classics are name dropped. Maybe it’s the former teacher in me, but I have often thought about providing the audience with a quiz sheet to keep tally of how many they can pick out.

As mentioned above, Neil Young has been my biggest musical influence, as well, Ian Tyson, Corb Lund, and the Blue Rodeo gang. However, a lot of my favourite Canadian artists are friends of mine from right here in the Winnipeg scene: Crooked Brothers, Del Barber, Ridley Bent, or whoever is performing the Times Change(d) on any given night.

Not 100% sure if I purchased it, or just permanently borrowed it from my dad, but, Neil Young’s Decade. I listened to that double compilation album inside and out. I learned how to play every song, I purchased every harmonica key needed to perform those songs. Then I found every album with those songs on them and it started all over again. I have a lot of respect for his songwriting. The first song I performed live was Long May You Run when I was twelve.

When I was like 15-20 years old I played professional paintball. Yes, it’s a thing! I travelled all over Canada winning some National events, I even played in the World Cup a couple times down in Orlando and San Diego. I guess music isn’t the first career that had me travelling.

Besides singing harmonies with me, Amie Peterson is my partner. Together, we have spent the last three years or so perfecting the art of homemade, hand-tossed, specialty ingredient pizza making. To date, I think my favourite has been the prosciutto, pear, toasted walnut, arugula pizza, with mozza, and an olive oil base. We are now looking into building a wood-fire oven to take our pizza game to the next level. I also have a bit of a fishing addiction, always down for some fresh walleye.

I’d travel to a remote lake in the Canadian Shield and build a home…but I guess it would be travelling anymore would it.

Thanks for taking the time to check out my music. I am really looking forward to releasing this album and taking it across the country in the coming months. Also, if anyone has any suggestions for lakes or rivers to fish out there, a rod and reel is almost as integral as my guitar on tour. See you soon folks!