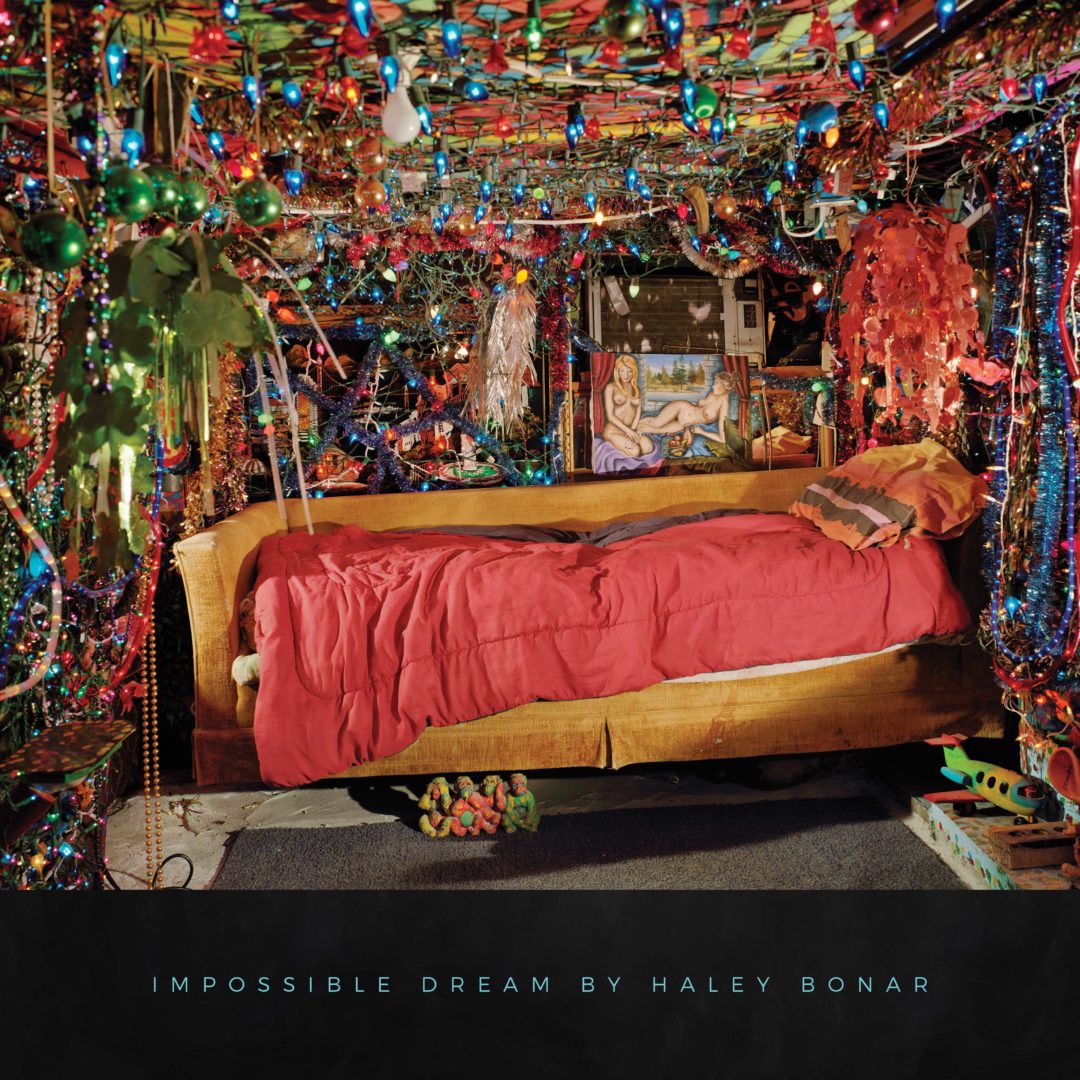 Haley Bonar, originally from Manitoba and now living in Minnesota, has released her seventh full length album, Impossible Dream. The ten song release contains stories from her life about parenthood, youth, and everything in between. Her vocals paired with catchy backing music will have the listener entranced until the very end.

As a whole, the album has this echo-like sound to the vocals, giving it an almost ethereal feel to it. Paired with the upbeat music, Impossible Dream gives the listener a unique experience. “Your Mom Was Right”, usually a true sentiment, is one of the better examples of this. “I Can Change” has beautiful harmonies to go with a seemingly heartbreaking message. “Called You Queen” is one of the more fast-paced songs on the album, with infectious guitar and a beat that doesn’t give you a choice but to nod your head along to it. “Jealous Girls” brings the pace back down from the previous song and shows off Bonar’s vocals with simple guitar in the background. “Blue Diamonds Fall”, my personal favourite off of the album, is another fast-paced song and closes the album out with a bang. With the uplifting message of being whatever you want to be, it will leave the listener wanting more after the last notes ring out.

Bonar wants the listener to interpret the music with their own meanings. “It’s not that I chose to do it that way as much as it’s a statement about how I feel about my lyrics. Art is all interpretive, and how one person feels about a song or what they gather from the tone or lyrics is individual. People want to assume that everything I write is based on personal experience, which just isn’t true. I’m basically claiming “fiction”, and not discerning the difference between what is fiction or non fiction in my own life,” she said in an interview with Canadian Beats writer, Jordyn Meade-Baxter. The album is full of stories that you can chose to listen to as is or bring your own life into the mix.