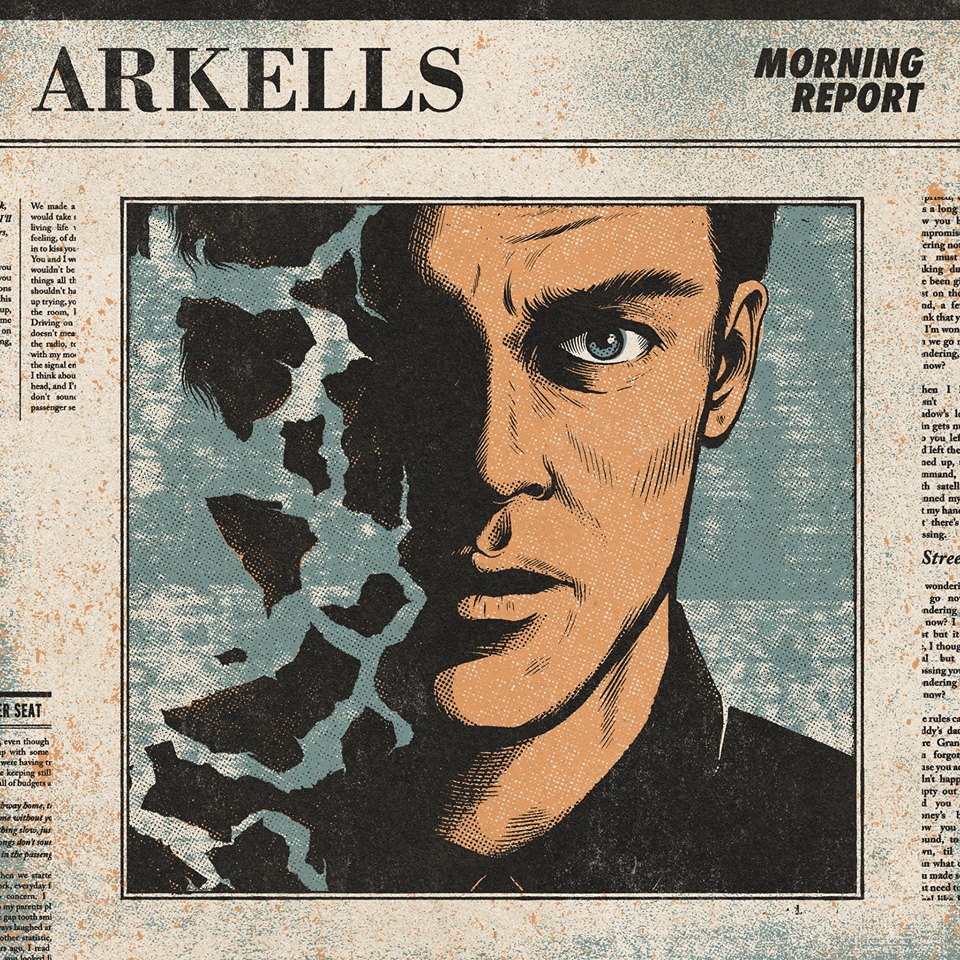 Fans of Arkells have been waiting for a new album for what seems like way too long, although, High Noon, their last release was actually only 2 years ago it seems like much longer. Now, we are all happy as they have released their new album, Morning Report, and I can tell you with complete confidence that it was well worth the wait.

The album features twelve tracks, including the single “Private School” which was released back in May, and they also shared “A Little Rain (A Song for Pete)” and “Making Due”. All of these tracks served as teasers for the upcoming album and got the fans more hyped up, if that were even possible.

As per usual, the songs are all infectious and had me hooked in no time. “Drake’s Dad” is the opening song and I personally cannot get enough of this track, so it only makes sense that the band decided to make it a single, and to make the video even cooler, it actually features Drake’s dad, Dennis Graham.

One thing that I love about Arkells is their tendency of mentioning their home town, Hamilton in many of their tracks. Lead vocalist, Max Kerman’s vocals always rile up the listener and have a way of making you feel comfortable singing along, whether it’s in the comfort of your own home or in the middle of a concert. The band’s love for what they do always shines through, and that is a very important aspect of their music.

“Savannah” is another track that I have to touch on, as it’s quickly become one of my favourites. If you know me or anything about the type of music that I am drawn to, you will know that I am consistently pulled towards songs that tell a story, and to me, this is the perfect example of that. I have a new goal on my list, and that’s to see this song performed live because it would be an absolute knock-out, given the pure intensity, strength and emotion evoked during the track.

As the album played on, it continued to impress me over and over again. “Hung Up” is the eighth song and to me it’s an anthem style song that I would say was written for the live show. I can just picture the band urging the crowd take part in this song, as they tend to do during many of their songs during their shows.

The final two songs on the album, “And Then Some” and “Hangs the Moon” are what I would consider the “slow songs” on the album and they are absolutely perfect. I am patiently waiting to hear these two tracks as acoustics, because they are made for it. The lyrics and vocals of “And Then Some” gave me chills, “I adore you, cause you don’t care where I came from, just kiss me in the dark while my lips are numb, and I love every inch of you and then some…” Then you add in the musical talent from Mike DeAngelis, Nick Dika, Anthony Carone,  and Tim Oxford and you have the closest thing to a perfect track that I could imagine.

These Hamilton boys know what they’re doing, and it shows more and more with each release. Keep up the amazing work and I look forward to the next time you’re in Halifax, I can guarantee I will be there, ready to sing, dance & have the time of my life!