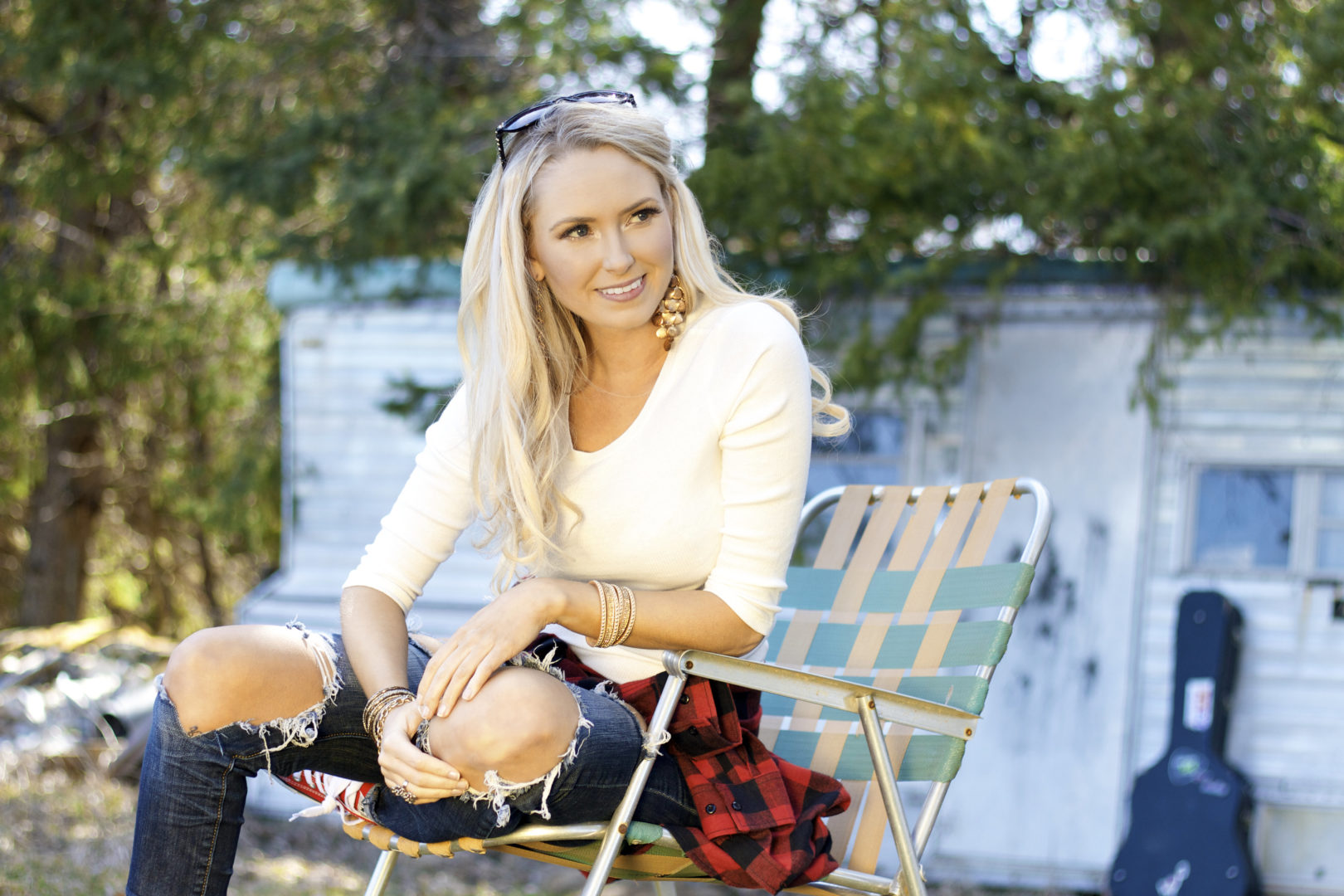 We caught up with one very busy Lindsay Broughton, country music artist from Brooklyn, ON, to chat about her amazing first half of 2016.  Her latest single, “We Don’t Mix” was released on June 17th, which you can view here.  She was also nominated for the Country Music Association of Ontario’s (CMAO) 2016 Female Artist of the Year award.  Broughton has just finished performing at Big Valley Jamboree in Camrose, AB and we will catch her in action at her Boots and Hearts Music Festival performance on Friday!  We are big fans of Lindsay at Canadian Beats!  Check out our interview with her, below.

For someone who may not have heard your music yet, how would you describe your sound?

A combination of rock, pop and country influences wrapped into one. My music is “fun” with a whole lot of substance and real experiences that define me, intertwined.

Congratulations on your successes in the Canadian Country Music Scene!  You have seen three of your songs (“Take Me There”, “Never Saw It Coming” and “River Wide Enough” reach the Top 50 on the Billboard Canada Country Music Chart and your debut EP was the #1 Canadian country album in Canada. Does this make you feel pressured for your next album release?

I actually had another tune “Restless As That Rain” reach top 40 as well, but to me there isn’t much feeling of pressure for my next album release. Someone once told me when I first entered the music business and signed my first deal, that as an artist, you have your entire life to create your first album and make your first and only impression on the music community. I feel like I’ve made my first impression with my debut release and the scary part is over, ha ha.  Now for my next full length album, I’m older (unfortunately), have more experiences to write about and a better idea of who I am as an artist and what I’d like to say to the world. I’d say I’m more excited for my next release than any other feeling.

That’s a loaded question- there are so many artists, old and new in the Canadian industry-and not even just within the country genre that I love. I feel like there are so many unique artists in Canada that all bring something different to the table and that I’m astonished to watch. I will admit though, Shania Twain has been my all time favourite Canadian artist since I was a little girl. Not only does she write, sing and play but her stage presence is a step above the rest which are key inspirational factors I use when creating music. Thinking about all that Shania encompasses as an artist is really useful to me when I try to think about the “bigger picture” when I’m creating a song, because not only am I thinking about the lyrical content but I’m also thinking about how a song would translate to an audience in a live setting or how I’d be able to interact with people during a show because I strive to entertain a room like Shania!

You have been described as ‘“A fatalist at heart, with an infectiously positive (and charitable) attitude.  She tells it like it is – whether you like it or not.”  How has being a country musician developed or enhanced these character traits?

I’ve always been an introvert to be honest with you. Country music and the industry itself has really helped me to crawl out from the rock I’ve been hiding under most of my life. Like any competitive industry or job, being confident, sure of oneself and having the ability to communicate with lots of individuals and strangers is important. I feel like I’m described that way solely because the country music industry has helped me grow and develop those traits.

You have some heavy-hitting shows coming up including performing again at Boots and Hearts in Oro-Medonte, ON.  How does performing at summer festivals compare to touring for an album?

Every show I play is it’s own experience and there’s definitely certain elements of performing in the summer sun, sharing the stage with all of my musical friends and peers and sometimes favourite artists that is pretty surreal and completely different from touring in support of an album. Festivals also differ from touring for an album release because of the volume of people my music is exposed to. It’s such a great opportunity to have thousands of people hear my songs that may never have had the chance to, and to build and grow my fan base. Shows to support an album release are amazing as well because everyone is there to hear my songs and my songs only. It’s pretty neat when I can look into the crowd and see that people are singing to every word.

What is one item that you must bring with you on tour?

MY IPOD. I stock it up with music before I hit the road and it’s amazing for those long drives. At home, I always have music playing in my house. It’s constant from the moment I wake up to the time I go to sleep and having my iPod allows me to pop my headphones on, close my eyes and feel like there’s a little piece of home with me on the road.

Haha, I get asked this question often and I’ve never been one to pick favourites! I love all my song lyrics equally. They’re all like my children and I could never admit to loving one more than another.

I saw Keith Urban in concert a few weeks ago and was down in the pit watching him in completely disbelief. That man is a phenomenal entertainer and I have even more respect for him as an artist after seeing him live. I love when that happens!

Currently Marren Morris’ “My Church.” It always gets the crowd going and it’s so fun to sing .

When you are not on tour or in the studio, what do you like to do for fun?

I love to hang out at home and enjoy time with friends, family and of course my pooch-Jack. I don’t have a whole lot of down time so when I do find myself with some,  being a home body is my “fun”.

A guitar-playing, sometimes bad-joke telling, lover of love with a passion for all things music and animals.