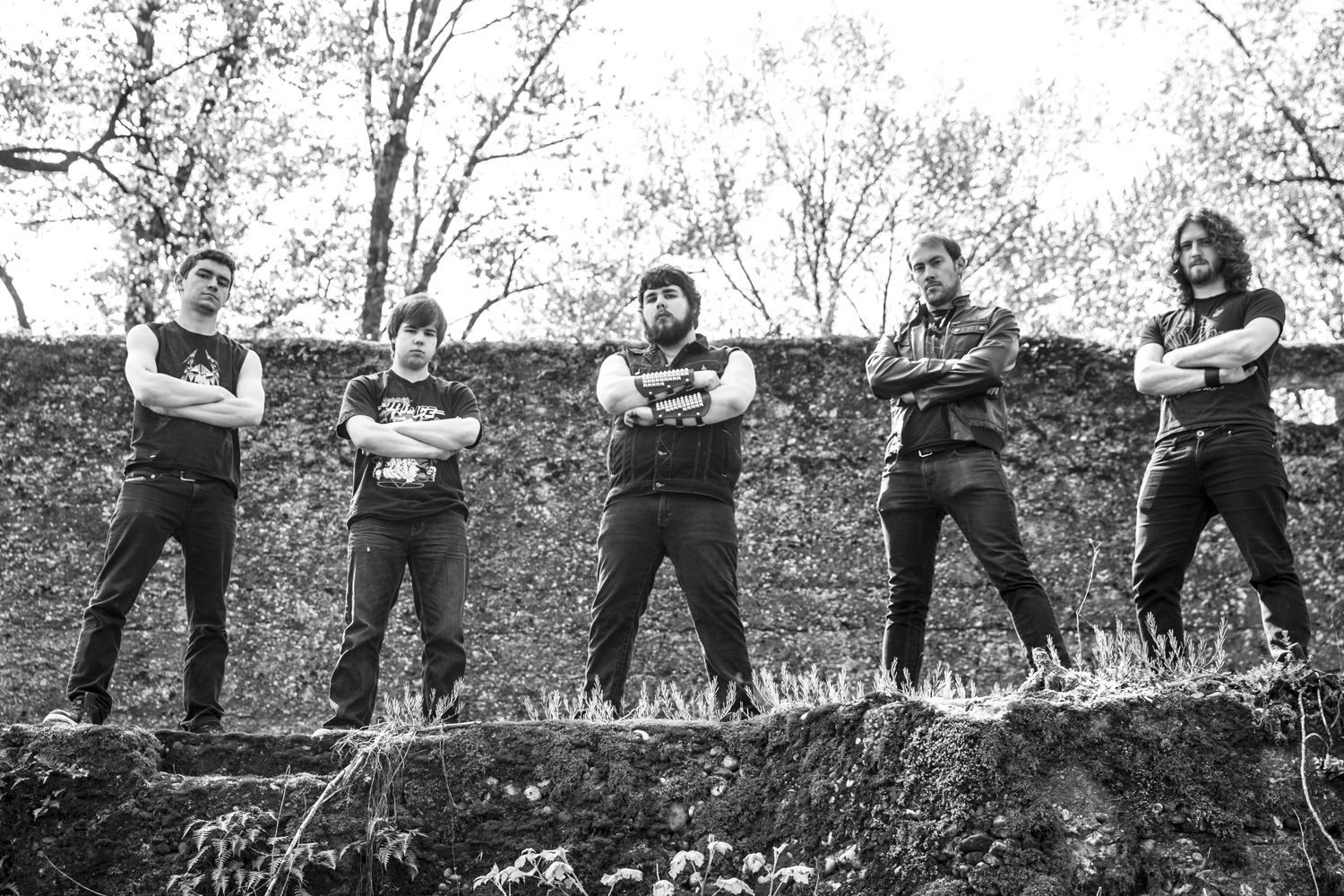 BC’s heavy metal band, Medevil is setting up to release their debut album, Conductor of Storms, on August 26th. In preparation, they have released their first single “Machine Factory.” They placed as a top six national finalist during the 2015 Wacken Metal Battle Canada. The band describes themselves as “power thrash”. Read this interview to learn more about one of Canada’s newest bands.

Your band is said to be formed as a creative outlet for each member. What do you mean by that?

As we continue to grow as musicians, we always love to experiment. Whenever we are writing music we try our best to be open to as many styles as we can, although of course we still make sure they are to our standard of quality. For instance I’m interested a lot in Led Zeppelin’s take on folk music with songs such as That’s the Way and Tangerine and would love to experiment with new sounds like that! It’s our way to keep our albums varied, and always interesting; we definitely hope you enjoy our future works!

At what point did you realize the band just clicked?

I like to believe that our big leap forward as a band was when Gary and Brett joined and began writing. The songs seemed to come together much better, and they are both incredible writers. Brett was the one responsible for what is my favourite of the album, 12 minute The Fabled Uxoricide and his progressive influence is definitely prominent in this album.

Now let’s talk album. What is the main focus of Conductor of Storms?

So this is a tough question to answer, but I’ll do my best haha. When we began writing Conductor of Storms the prominent thing we were always concerned with was keeping things varied, but also consistently maintaining the listeners attention. We really want to prove that we can write many different styles, and songs such as The Angel of Rain and The Fabled Uxoricide are small tastes of that mindset. Other than that though it was mostly a matter of making sure the songs are great songs, and fun to perform. There’s not really a recurring theme throughout the album, just varied tastes from each member of the band that felt ‘right’ to include together.

Can you describe the sound of the overall album?

The album is definitely a mixture of good ol’ classic metal, 80’s thrash and progressive metal. Liam’s vocals have been likened to the Accept singer Udo a lot, so there’s the element there as well!

Is “Machine Factory” a good tease for what is about to come?

This song is probably the heaviest song on the album, next to Escape, however we always try our best to branch out into different ideas as much as possible. I’m sure we will definitely be writing another balls-to-the-wall heavy song like Machination Factory though!

Once the album is released, do you have any plans of touring?

We will be touring Western Canada starting August 25th! Check out our website, I made a page to easily navigate events for each show on the tour.

What can fans expect from the live shows?

Our shows can range from frantic and fast, to slow with a more subtle atmosphere. We love interacting with the crowd, and do our best to keep the crowd engaged! I enjoy running around the stage like a mad man, so you’ll definitely see lots of that as well hahaha.

The letter “M” in your name is a reference to your biggest influences, can you let the readers in on who exactly they are?

Haha, I guess it’s funny that it turned out like that! Yeah as a band we are definitely influenced by Metallica, Megadeth, (Iron) Maiden and Mastodon! Each member has their own influences as well that make their way into the sound, but that list would be way too long to make!

How would you say your influences changes and guides your writing?

I can’t speak for the whole band on this one, however I know I’m mostly influenced by what I’m listening to at the moment. We collaborate a lot in our music, and a lot of times I will try to throw in some moods I’ve been hearing into the mix to see how well it blends.

Do you see this changing as the band grows?

Our writing style has changed so immensely over the past couple years, so it’s hard to say. I think everyone is always influenced by music, it’s hard to create something from nothing; It’s the unique mix of influences that gives you your own sound.

As a Canadian Beats tradition, we add fun questions at the end of interviews. Here they are:

What band would you say is your opposite counterpart?

Hahaha I’m not sure who is the opposite of us. We really enjoy Vancouver’s thrash band Meridius, they’re the same age as us so It’s pretty neat to see them evolve by us.

What will be your “We made it” moment?

If we still get people who buy our albums after 20 years then I think that’s a good enough indicator for me hahaha. You can never see too far into the future!

Thanks to all of our fans who continue to support our music, and the Vancouver metal scene!! See you all on our tour!!