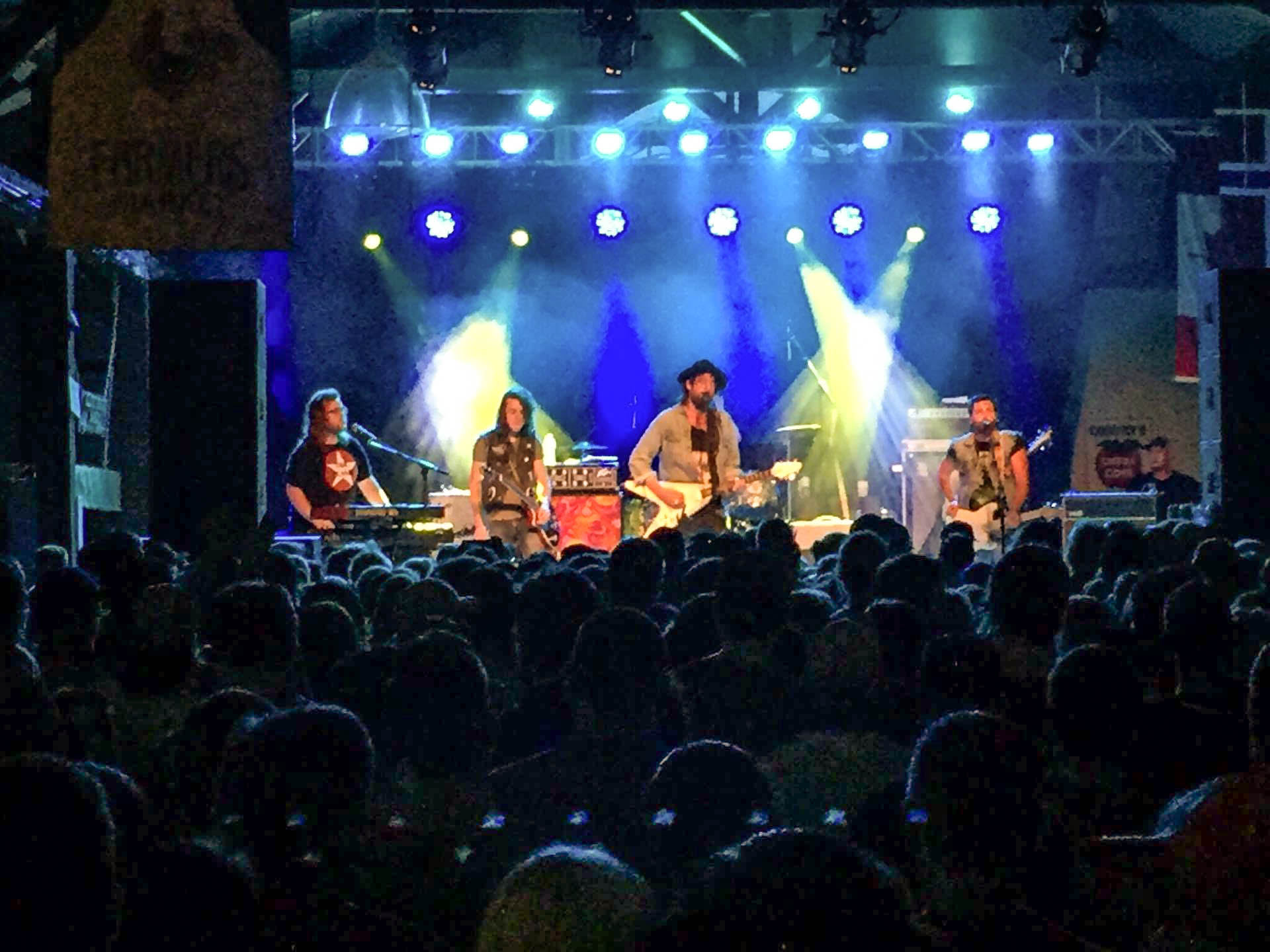 When you think of a farmer’s market, usually you would picture a quaint set up with local produce, meat and various other products. Normally, that is what the Boyce Farmer’s Market in the heart of downtown Fredericton is. It is packed on Saturday mornings with vendors and shoppers of all ages with amazing food and other trinkets for sale, however on July 21st the small venue was transformed into a stage and floor fit for a rock show.

It was hot, it was sticky, it was loud, and it was an amazing time. Fredericton locals David in the Dark opened the show with their half hour set. The five-piece band is made up of Dylan Ward, Evan Leblanc, Jane Blanchard, Kevin Belyea, and Stefan Westner. They had the crowd cheering and dancing along throughout their set despite the ever rising heat in the venue. Though their set was only nine songs long, they made quite the impression. I had heard of the band before through friends that are more active in the local music scene than I am and was excited that I finally had a chance to check them out, and I was definitely not disappointed. They captured my attention within the first few lines of their song “Wedding Bells” and had me hooked until the last chords of “Fire” played out. 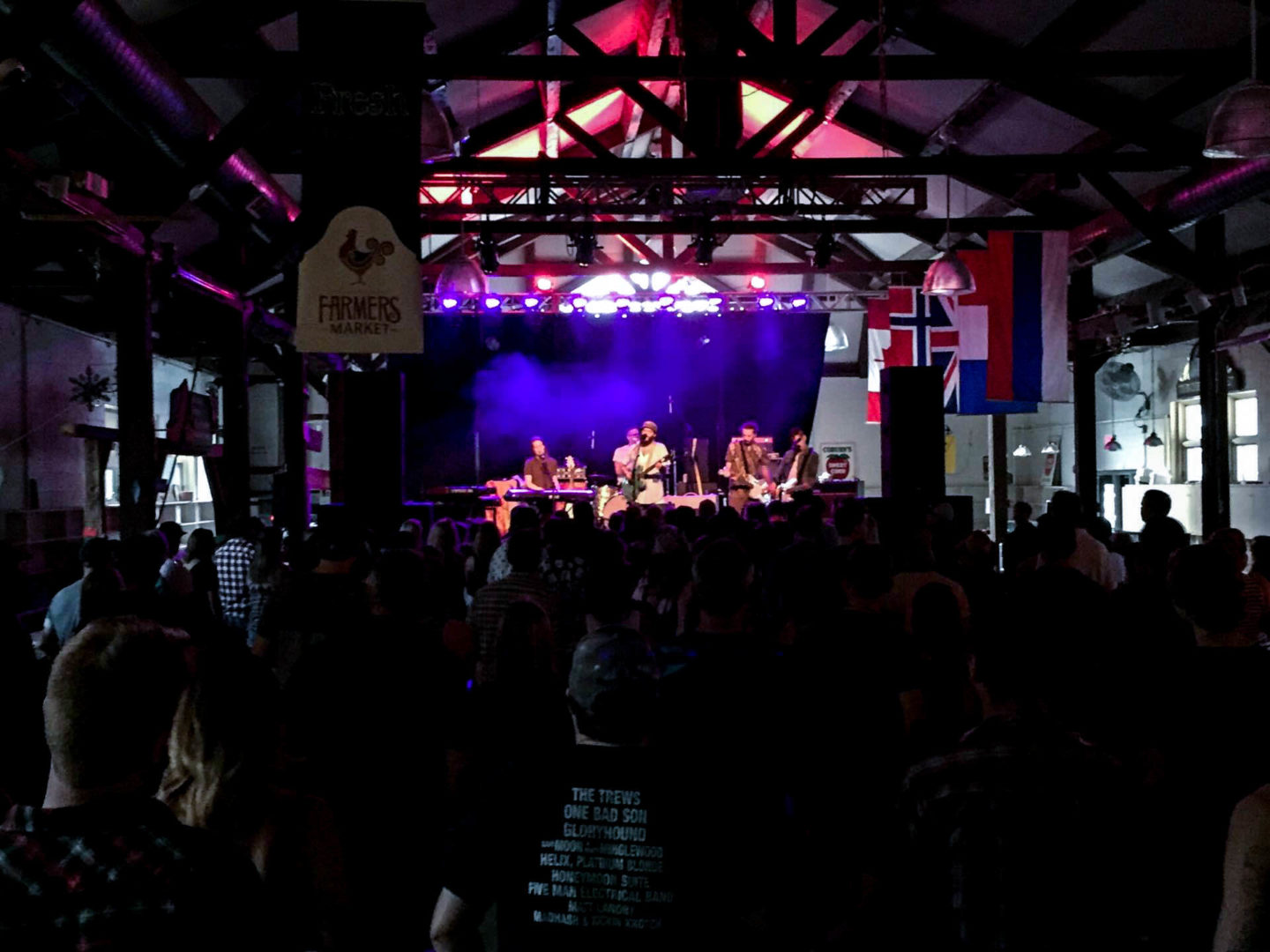 After a short break to change the stage over for the next set Matt Mays and his band took the stage. The crowd loved every single minute of their hour and a half or so long set. Full of old fan favourites such as “Indio”, “Dull Knife”, and “Queen of Portland Street.” They also played two new songs, “Howl at The Night” and “Drunken Angels.” Both new songs were amazing as per usual and went over fantastically with the crowd. The set was saturated with incredible solos from all members of the band, particularly the keys and the guitar.  Mays also had his guitarist Adam Baldwin, working on his own solo career on the side, take over for a cover of “Gloria” originally by Them. The crowd was blown away by even more solos by Baldwin as he shredded his guitar throughout the song. They ended the night with an encore featuring “Take It On Faith” and “Cocaine Cowgirl.”

I saw Matt Mays in concert once before and knew that he would put on a great performance but was still blown away by the way he can capture the entire room within seconds. Though the night was unbearably hot and the crowd was uncomfortably close, the show was an experience that needs to be enjoyed in person to fully appreciate the talent that both bands have. 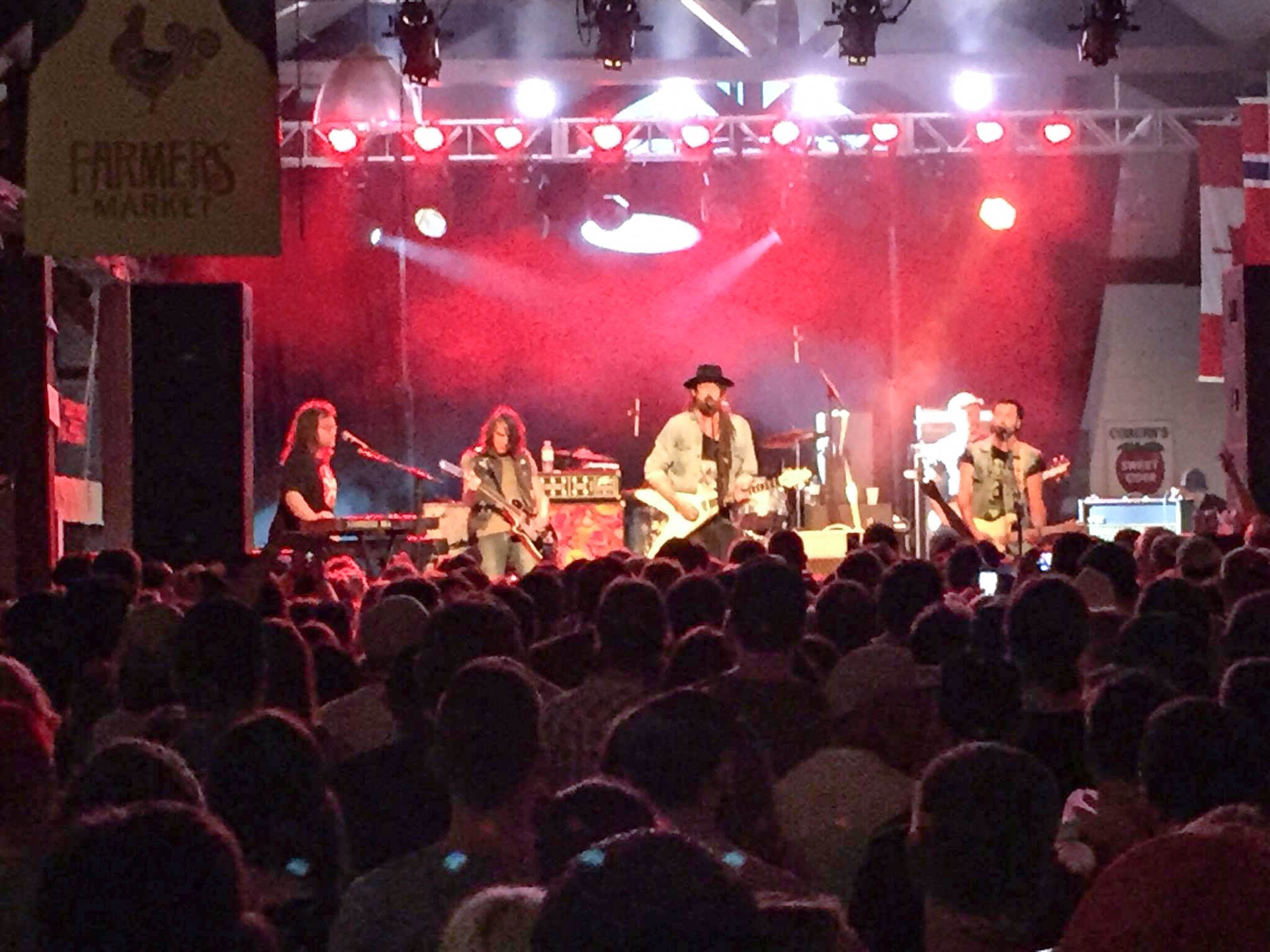 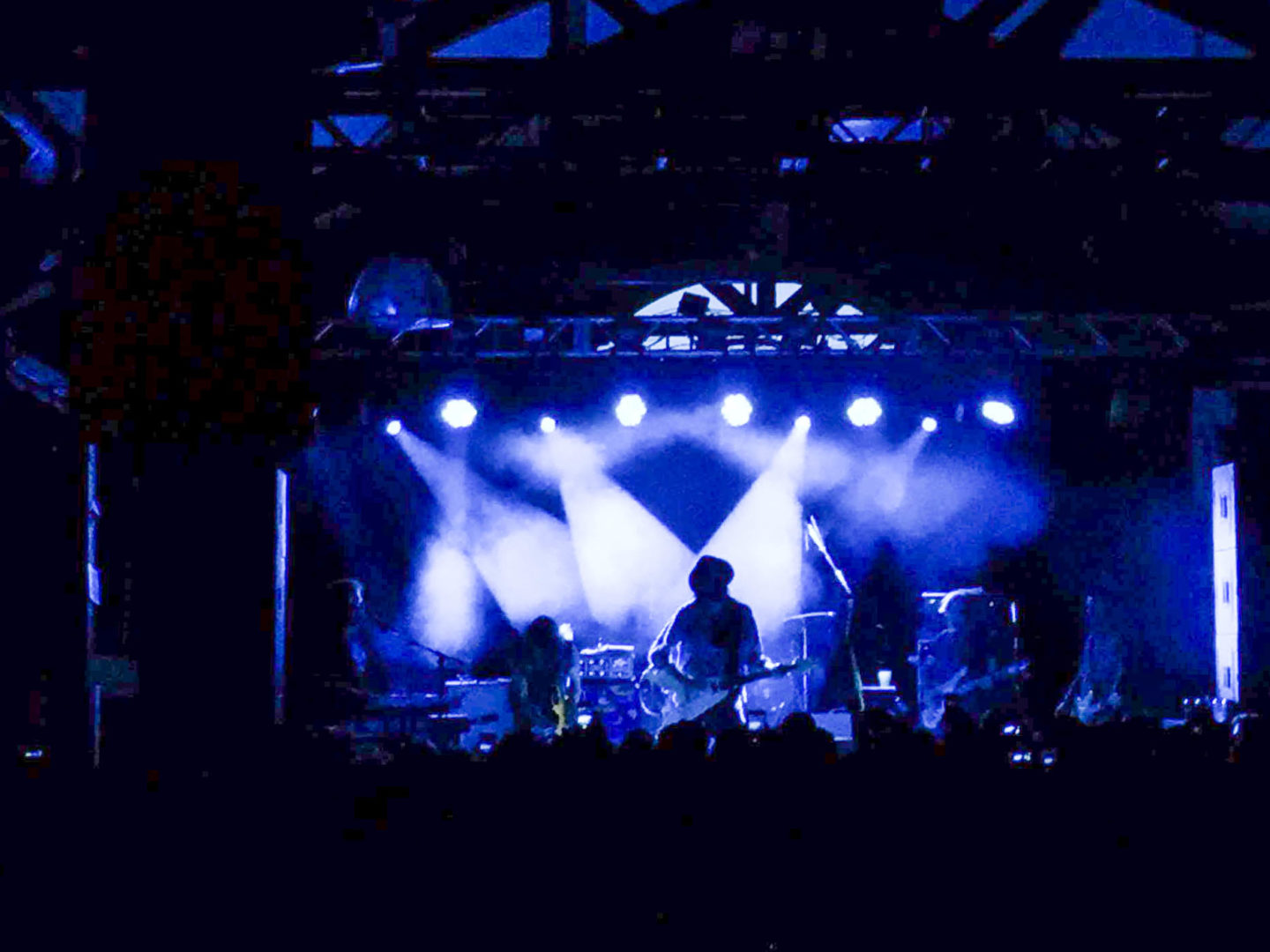