By Remington Fioraso on July 25, 2016@https://twitter.com/RemingtonFD 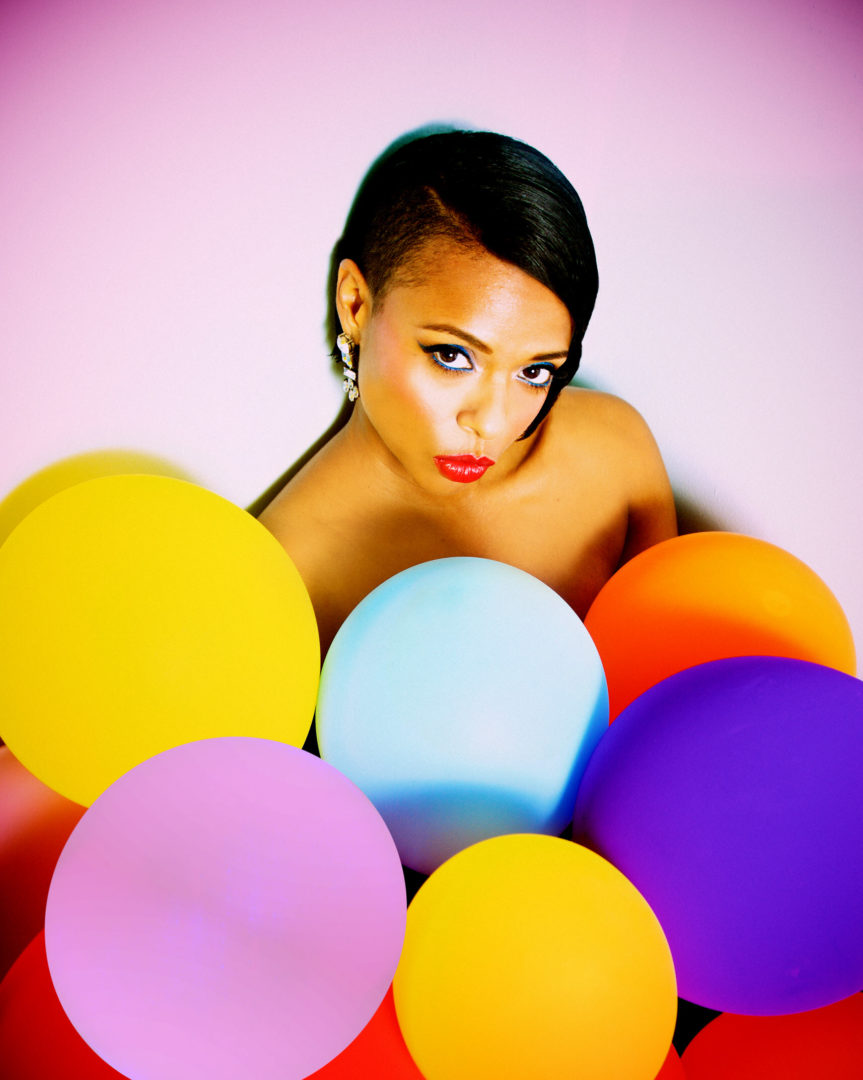 Toronto’s Graph spoke with us following the release of her debut album Lipstick Graphiti.  Continue reading to find out more about the singer, and be sure to check out the video for her single, “The Light’s Out”:

My influences change depending on what I’m doing. I enjoy most of everything. Who moved me to first record? A Tribe Called Quest (RIP Phife). Sitting in front of the television watching Video Hits influenced me as well. The radio (in the 80s).

I started going to the studio as a teenager (a long time ago lol).

How was the recording experience for your debut album, Lipstick Graphiti?

It was fantastic. Chose the right people for this project. In the studio I keep it very focussed. Just the producer(s) and just me. No play time, just work.

Are there tracks that stood out the most for you? Why?

I am really surprised by “Animal” that I’d write something like that, so I adore it.

What were some of the inspirations for tracks included on the release?

The album is definitely 80s inspired/themed. Prince, Madonna, Tina Turner, Depeche Mode, Nu Shooz (I could go on and on). Reggae pop/rock had a big moment at the time. I wanted to make sure the tracks were diverse (like albums were in the 80s, most modern albums now have one sound and don’t really offer a wave of pleasure).

As far as (lyrical) content, I was just honest about how I was feeling. “The Light’s Out” is about sitting with emotional pain and almost quitting music. “Lipstick Graphiti” the title track is about loving music and still wanting to get it out into the world. “Queen” is about battling self-doubt.

It’s been well received by many different types of people. Something for everyone which is generally what pop music is about. Creating a vibe that so many contrasting minds/lives can enjoy, dance to, smile at or sing along with.

As the record has been released, what can fans expect to see next from you?  Do you have plans to tour?

I would love to tour this album and am looking forward to that. Releasing videos, crafting the physical living world of the sound will be a focus for the next little bit also.

At Canadian Beats, we like to allocate a section of the interview of questions that will allow fans to get to know you a bit more

The Stills (even though they are disbanded) Logic Will Break Your Heart is still one of my favourite things to listen to. Sate (follow @stateofSate) who’s voice, music and show is inspiring to me. Feist!!!! Chilly Gonzales (who’s new radio show Music’s Cool is a great listen). The New Royales, a phenomenal band and writing team and Hill Kourkoutis who’s one of my favorite producers. Hill worked with me on Lipstick Graphiti and is a great artist, musician, songwriter and film director.

What was the first show you attended as a fan?

A Tribe Called Quest with Craig Mac at The Spectrum.