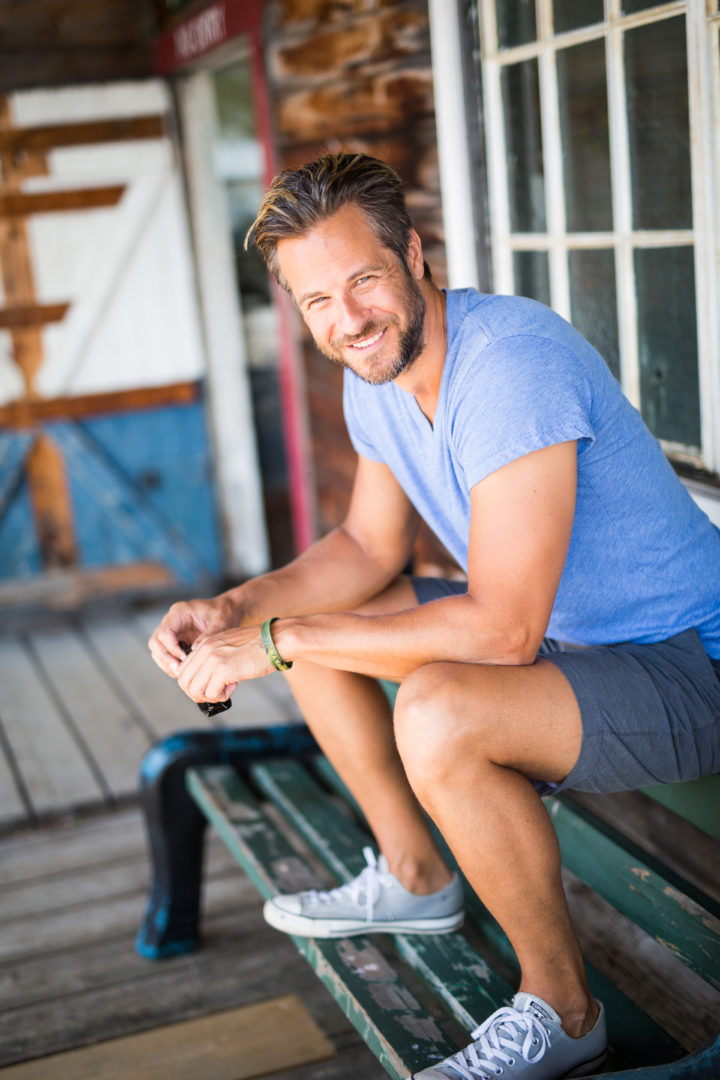 You may recognize the name Trevor Guthrie if you were a fan of SoulDecision back in the 1990’s and early 2000’s, although since the late 2000’s he has been solo, and doing great. Today he released his newest single, “Wanted” which you can grab on iTunes, here. I had the chance to ask Trevor a series of questions and we are sure you are going to enjoy reading this interview as much as I enjoyed conducting it.

Hello everyone. My name Trevor Guthrie. I am a singer- songwriter from Lynn Valley, North Vancouver. Nice to e-meet you all!

You have been in the music industry for quite some time now, first with your band, soulDecision and now as a solo artist, how would you say the industry has differed in these years?

When I was with soulDecision, the internet was relatively nonexistent. Building a following took time: it was video, radio, trade mags, street teams and a whole lot of touring in a rental van or bus, working one territory at a time. Now with social media, and the right song, you can exponentially expedite the process of building your fan base worldwide, which can instantly lead to picking up shows in international territories. The world just got smaller. You jump on a plane and go.

Where do you tend to pull inspiration from when it comes to your music?

I usually write about my personal life, experiences or people who have inspired me

You released “This Is What It Feels Like” a while back, and it was a huge hit, what can you tell us about the process that went into that song?

I had just returned from Holland, where I met some of Armin Van Buuren’s label representatives. I was excited for an opportunity to work with Armin as well the possibility of rekindling whatever career I may have had left in me. I arrived home in North Vancouver, eager to tell my family about my good news, only to hear that my friend Robert Prem had been diagnosed with an inoperable brain tumour and was given approximately six months to live. Although I was supposed to be writing a dance song for Armin, I couldn’t get the Idea of Robert’s battle for his life out of my mind. I sat at the piano, imagined myself in Robert’s wife situation, and the melodies and lyrics of “This Is What It Feels Like” came out. I didn’t want to send the song to Armin as I wanted to impress him, and felt the message in the song wouldn’t fit the feel-good vibes of the EDM world. I was wrong. Armin heard the song through a colleague of mine and he loved it. He did such a great job of producing it, that people, without knowing the story behind the lyrics, just thought it was a catchy feel-good dance song.

You are about to release a new single in July, can you tell us a bit about it?

Yes, it’s called ”Wanted”, and is another personal song that’s close to my heart. I was in a five-and-a-half year relationship with someone who suffers from mental heath illness, depression and addiction, all of which I had very little experience with. How can someone feel so good one day, then the next day feel like they don’t want to be alive anymore? It made no sense to me . I would ask her, why do you feel this way? Can’t you just snap out of it? Why wont you let me help you? But the reply was always the same: “you can’t help me, and you can’t understand. I just feel off”. I wanted to help, I wanted to understand and most of all, I wanted her to feel wanted and loved but she just wouldn’t let me in. I figured if I couldn’t talk to her about it maybe I could write her a song to let her know that her sunlight and pain, her highs and her lows , however she wants to be or feel is unconditionally loved and wanted.

Will there be a video for this single?

There certainly should be.

You will be playing some dates across Canada, is there a specific stop you’re most excited for?

Yes, Vancouver at the PNE in August for Kiss Radio Wham Bam. I got my start there over 20 years ago with my high school a cappella group, where we won a local talent search that awarded us a trip to Memphis to compete further for a record deal. We lost.

Will you be playing any summer festivals this year?

Not too many dates planned. I will be busy in the studio making new music for the fall.

If you were able to create your favourite own festival lineup, who would you want to see included?

Canadian Beats is all about Canadian music, so who is your current favourite Canadian band/ artist?

Yes! There is no better feeling than to have found a connection with other human beings through words in music. Thank you for singing along.