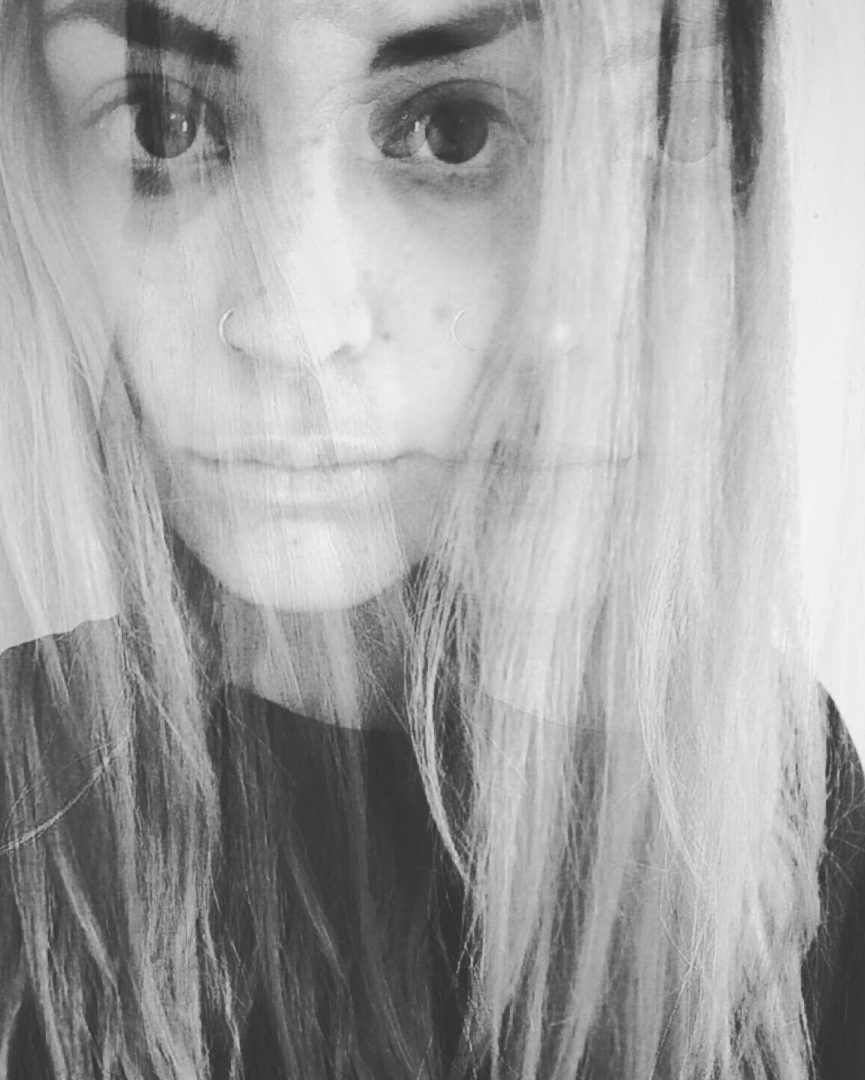 Toronto, ON based electronic/ pop artist, KYLO is hard at work making a name for herself, and playing many venues in and around Toronto, such as Danforth Music Hall (NXNE), The Horseshoe Tavern, The Drake, and more.  She has recently released her sophomore EP, Phases EP which you can now exclusively stream here:

Phases EP features five tracks including “Wait” which has an interesting electronic beat that is intriguing to the ear. “My Side” shows off KYLO’s vocals a bit more and I quite enjoyed that aspect of this track. She has such a strong voice that compliments the electronic sound perfectly. Each track on the EP show a slightly different side of the KYLO, which is refreshing, and I would recommend any fans of the electronic and/or pop genres should check her out!

We had the chance to have a chat with KYLO about her background, new EP and much more, check out what she had to say.

First off, care to tell the Canadian Beats readers a bit about yourself?

We’re both just a couple twenty somethings living in the city, trying to come up with some authentic music.

KYLO: Started off in musical theatre as a kid, and really started developing her own style when she picked up the guitar and started playing in dive bars in her hometown Windsor

Matt: Got his first guitar in grade six and became obsessed with it then got into electronic music at 19.

You are about to release your EP, Phases, what can you tell us about the creative process behind the EP?

We basically started out experimenting with what kind of writing styles worked for us, sometimes I’d write with my acoustic and give it to Matt to build a beat around or vice versa – but what ended up working for us was just the both of us sitting in the studio together brainstorming ideas, writing lyrics together and really not being afraid to tell each other if something sucked or something was amazing. We hibernated all winter cause Canada is cold and made 15-20 tracks and cut it down to the best 5.

Your single, “Fatal” is off of the upcoming EP, why did you choose this song as the single?

Fatal was actually the last track we wrote and we weren’t originally going to use it as the single, we had another one in mind. But after a few listening sessions with close friends, and a gut feeling we realized this song was the most accessible and relatable.

What has the response been so far for “Fatal”?

It’s been pretty great, a few blogs have shared it, a few labels have reached out, and I have gotten a lot of feedback from fans either just sharing the track itself or reaching out and sharing their thoughts.

As of right now were sticking to local shows in the city of Toronto, our next will be Handlebar July 17. But we are currently looking into booking possible gigs in Montreal, London and Windsor as well so keep posted.

What’s up next for KYLO?

With the ep out now, we really just want to be able to reach as wide of a range of people that we can and hear some feedback -continue to network and do shows and eventually start writing again. Touring in the future is also a definite possibility.

KYLO: I’d have to say Grimes. I’m super inspired by her sound.

What is your favourite summer pastime?

KYLO:  Drinking in park by the trees

Matt: I basically live in the studio this summer, so cant really say anything on that

If you were able to write a song for any existing television show, which would you choose? Why?

KYLO: Probably Orange is the New Black, every time an episode ends they play an epic song that relates to the episode and it always hits home, plus I binge watch every season in like a day

Matt: Curb your enthusiasm, cause larry david inspires me to play weird chords

Since its festival season, if you were able to put together a festival line-up, which other artists/ bands would you want included?

You’re all fucking awesome and thanks for the continued support!