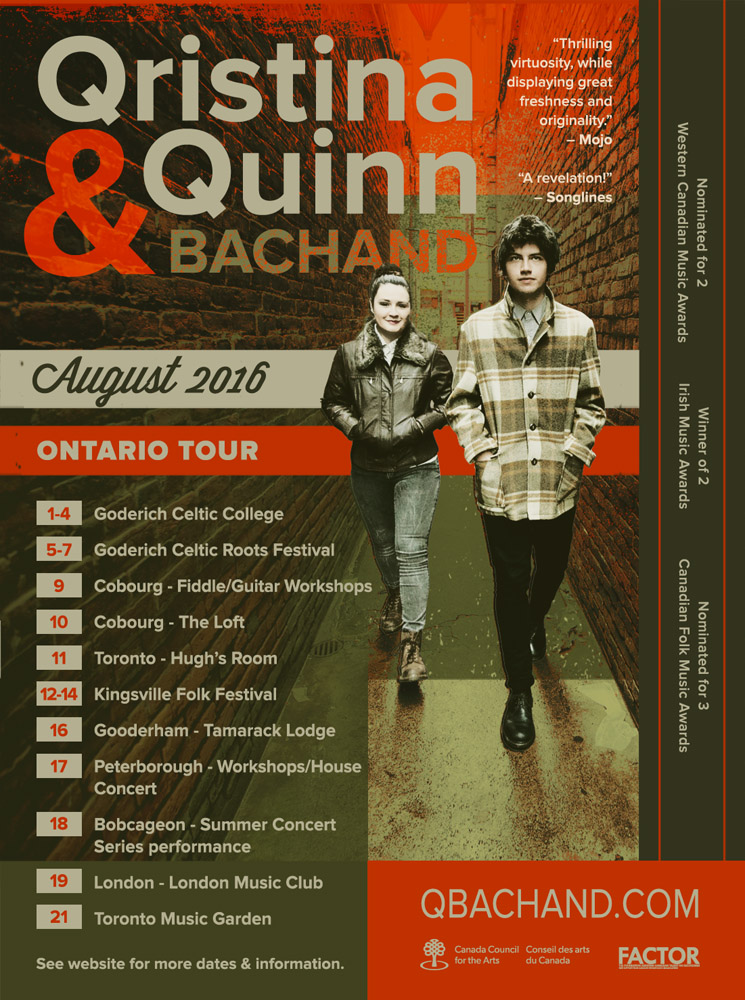 Victoria-based brother-sister Celtic roots duo, Qristina & Quinn Bachand have announced an Ontario tour in August, in support of their latest album, Little Hinges.  Part of this tour includes a special CD Release show at Hugh’s Room in Toronto, on August 11.  Don’t hesitate to purchase your tickets for this highly anticipated tour.  With many awards and nominations under their belts, including a combined 8 nominations at the Canadian Folk Music Awards, there is little doubt how amazing their shows will be!  Head on over to their social media accounts, if you aren’t following them already, to make sure that you don’t miss out on catching them on stage this summer.