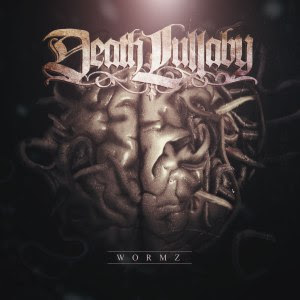 Death Lullaby has been making some serious waves in their hometown of Montreal, and indeed the larger Canadian music scene, playing multiple large festivals and acting as tour support for the many acts that pass through. Recently they released an awe-inspiring album called Wormz.

The album opens with a track entitled “They Dig/ They Devour”. Heavy as hell right out of the gate, the song immediately reels into scathing vocals, guitar riffs that creep over the listeners ear’s, much like wormz over a corpse, and drums that hit like a freight train.

Overall the album is unrelenting in its delivery, and executed without mercy seemingly jumping all over a number of genre influences making it an incredibly interesting listen without being overly technical. Death Lullaby has delivered once again!!!