By Remington Fioraso on July 15, 2016@https://twitter.com/RemingtonFD 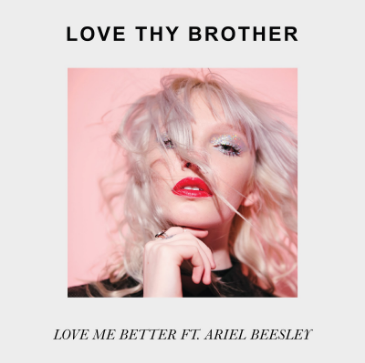 Love Thy Brother dropped their debut single entitled “Love Me Better” on iTunes via Bright Antenna Records.  The single features LA based singer/model Ariel Beesley . Love Thy Brother’s Conor Clarke stated “This song marks a big moment for Liam and I.”  The second half of the duo, Liam Clake remarked,
“Growing up together has had a such huge influence on our music, so in a sense was literally decades in the making. It’s also our first original and opened up a whole new world of challenges and inspiration. Working with LA based Ariel Beesley and grammy nominated producer Damian Taylor meant hopping around multiple countries, constant flights and strange studios. It’s a whole different game than pumping out remixes but hearing the finished song and knowing the work we put into it feels pretty wicked.”
Pick up the single via iTunes here:
https://itunes.apple.com/us/album/love-me-better-feat.-ariel/id1127902255
Connect with Love Thy Brother:
Facebook
Twitter

Share this:
Related ItemsAriel BeesleyBright Antenna RecordsCadence MusicLove Me BetterLove Thy BrotherontarioToronto ON
← Previous Story Tour dates released by Busty and the Bass
Next Story → New video released by DANI