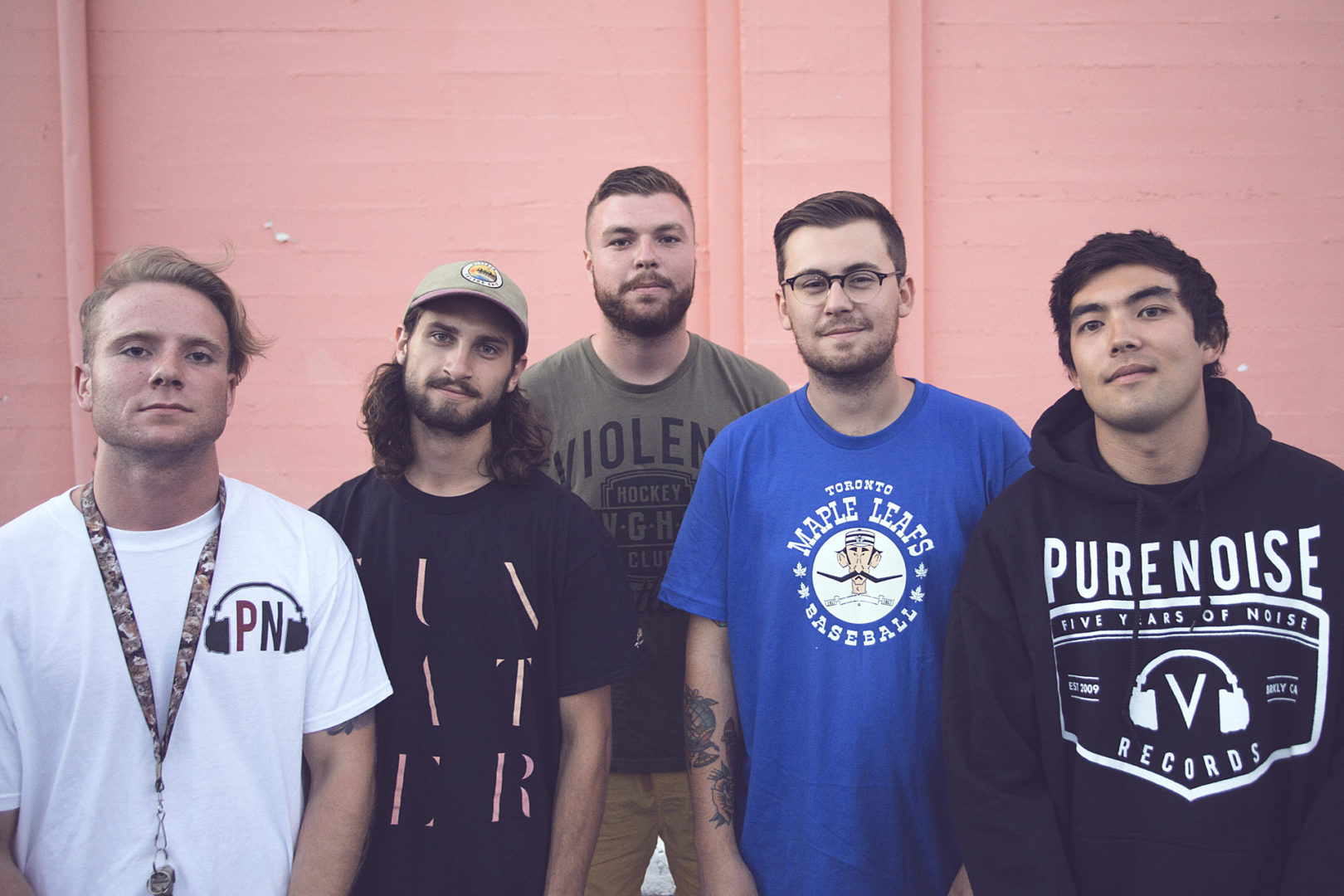 If you follow the pop punk scene, you’ve probably heard the name Seaway before. The 4 piece group from Oakville, Ontario have been together since 2011 but they’ve been really gaining attention since touring with Major League in 2014. Since then they’ve signed with Pure Noise Records, released their second full length album and are currently headlining a Canadian tour. We caught up with the band to talk about all the things they’ve been up to recently.

For our readers who may not be familiar with your band, can you introduce yourself and tell us a little about Seaway?

I’m Andrew and I play guitar in Seaway. We’ve all been friends since high school, or earlier, and have been playing in bands together since then as well. At some point we just decided to start a band that sounded like the stuff we grew up on and that’s how Seaway came about.

You’re currently in the middle of a Canadian headlining tour. How has the tour been going? What’s been your favourite part so far?

It’s been amazing. This is our first real headliner, so it’s very exciting to see kids coming out for us every night, and to do it in Canada is extra special. So far London, Hamilton and Ottawa have been highlights, which is cool because those are some of the first cities we played when we started playing shows in basements and at keggers. To see some of those same people who were at those house shows come out and see us years later, along with all the new fans we’ve made since then, is insane. It’s also great to share this tour with other great Canadian bands like some of our oldest friends in Coldfront and our new friends in Rarity and Heavy Hearts.

Which songs are your favourites to play live? Which get the best crowd reaction?

My personal favourites to play live are Airhead, Goon and Alberta. All of the songs off of Colour Blind have had great crowd reactions ever since we put out the album, which is very encouraging. Older songs like Keep Your Stick On The Ice, Shy Guys and Sabrina still get a great response as well.

Your most recently album, Colour Blind, has been doing really well, even ranking number 32 on Rock Sound’s top 50 releases of 2015. What was it like seeing the positive reaction to something you worked so hard on?

Like I said before, the reaction to the new songs live has been great. But the fact that it’s been so well received by the press and our peers is awesome too. It seems like we’re making new fans every day from people who hear Colour Blind and that’s the ultimate goal when you put out a record so it’s been really cool. We made an album that we were, and still are, very proud of, so it’s definitely a good feeling.

While recording, you all agreed that Freak would be the first track released as it best captured the feel of the album. If you didn’t choose Freak, which track would you of chose and why?

It was hard to pick a first single because we really liked so many of them right off the bat and felt a good group of them could hold their own as singles. Ultimately, I’m happy we released Freak first because I feel it’s one of our best songs. But if I had to choose, I’d probably pick Slam because I think that song sticks in your head after the initial listen.

How was the writing and recording process like for Colour Blind?

Writing was a little bit more difficult for this one than our previous releases because we were touring so heavily and didn’t have as much time to really sit down and write. We made time, wrote on the road, and ended up writing a bunch in the studio, which we’ve never really done before but ended up being super cool. It was a little stressful at times but this was the most time we had ever had in the studio so we were able to try a lot of things and really nail what we wanted to do. It was also great to work with two talented producers in Derek Hoffman and Alan Day, which was a new and great experience for us.

You’ve toured with a lot of major names in the pop punk scene, including newer bands like Knuckle Puck and veterans like Hit The Lights. Did you find there to be any difference between newer and older bands?

There is a definite difference, but both are great learning experiences. It’s awesome to tour with a young band like Knuckle Puck and grow with them. We both did our first tours together, so to grow as musicians, people and as bands with those guys is a really cool feeling. We both went into that first tour without knowing much of anything about touring and now we’ve both had some success and I think that’s really cool. On the other hand, to tour with experienced bands like Bayside, Four Year Strong, Senses Fail, Hit The Lights, Gob, etc… who have been around for a long time and have been through the shit that we’re going through as a young up and coming band has been critical for us. Touring with bands of that stature teaches you how to be a professional, how to be successful, and how to treat your peers. We’re very lucky to have been able to tour with those bands and many others that have become our friends and have taught us how to be a better band.