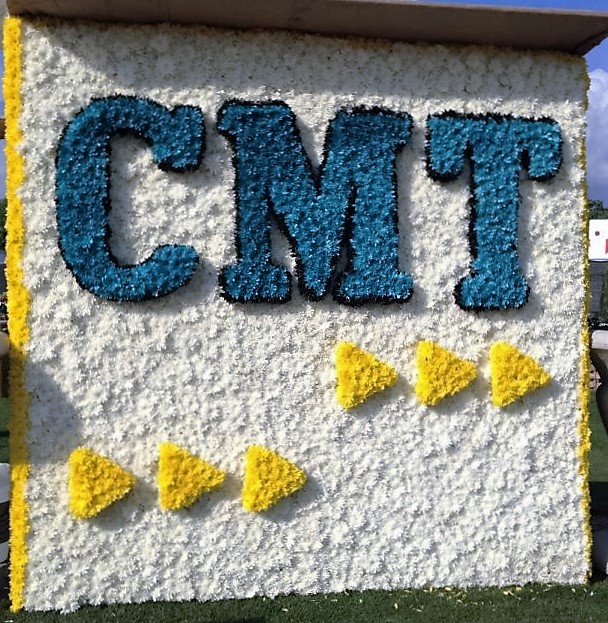 What do you get when you take 19 popular acts, put them on two stages over two days at one of the finest outdoor event parks in southern Ontario and add about 10,000 dedicated country music fans? That’s easy!….CMT Music Fest!

July 8 and 9, 2016, CMT Canada hosted one of this summer’s hottest Country Music Festivals at Bingemans in Kitchener, Ontario. Here are the highlights of Day 1.

The music kick-off began on Friday afternoon, on the Maple Leaf Stage with Eric Ethridge and his band, from Sarnia, Ontario. We have seen him several times over the past three months and every time is a high energy show. CMT Music Fest was no different. Ethridge brought his game and dazzled the early spectators. It is no wonder he is a finalist in the 2016 CCMA Discovery Program Showcase, happening in London, Ontario in September. 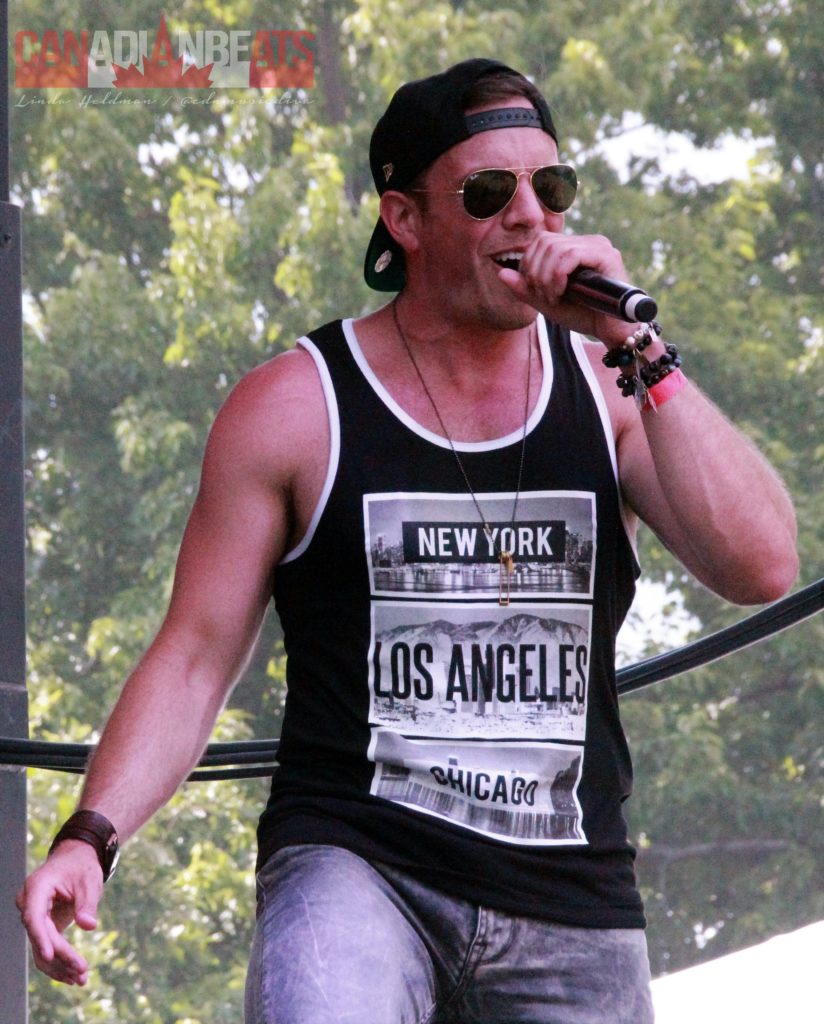 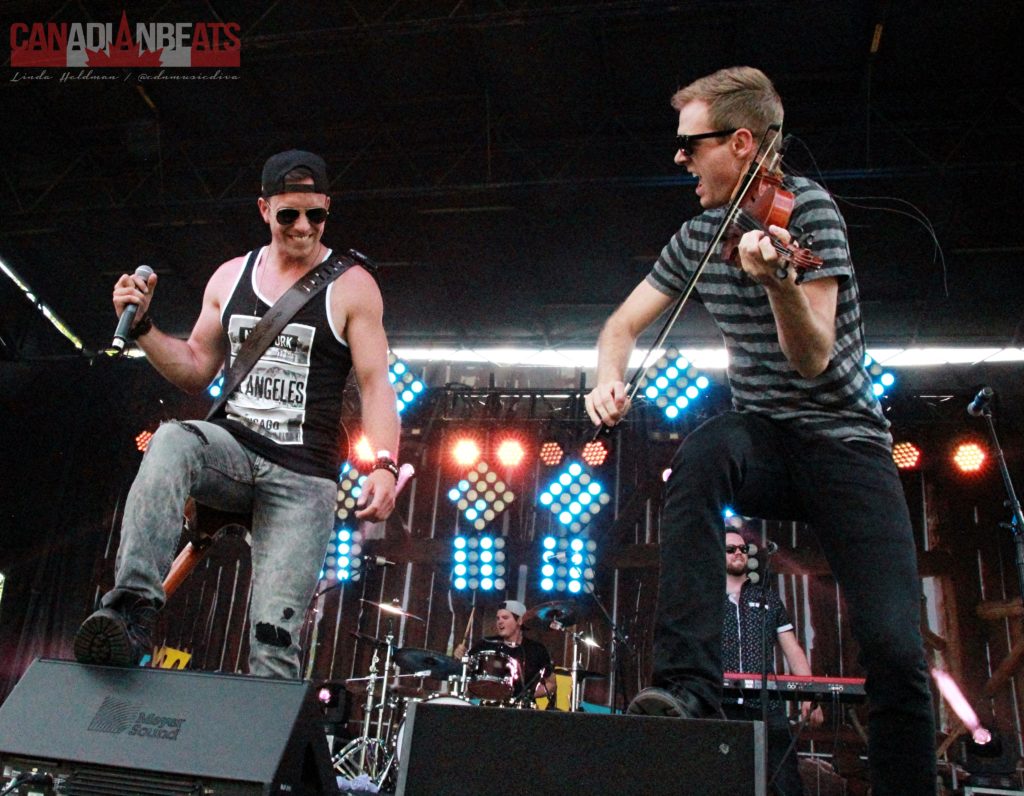 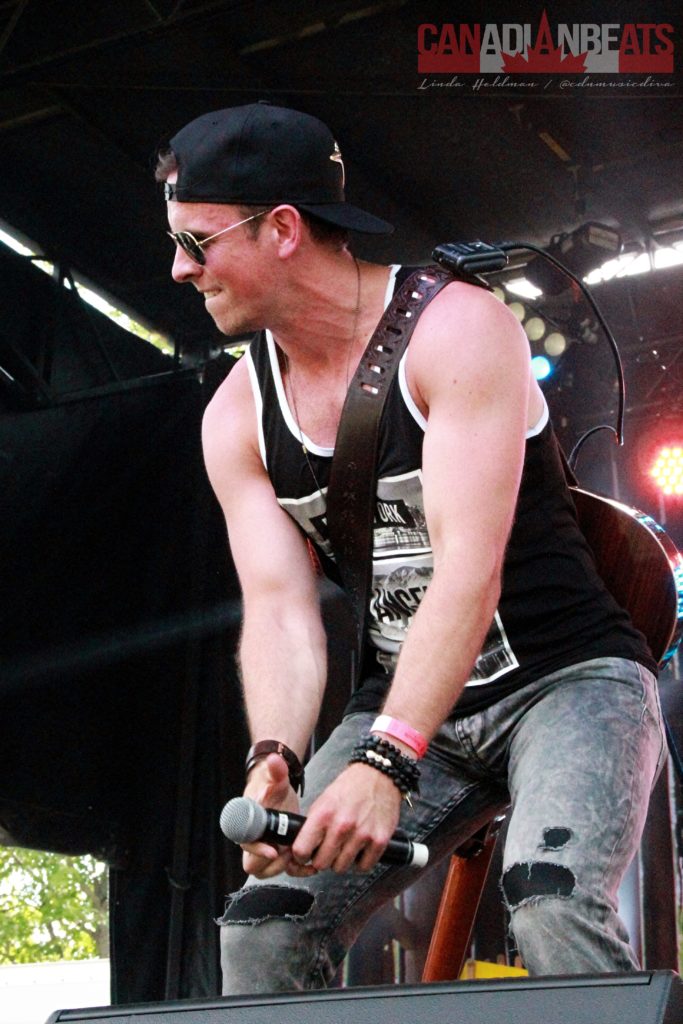 With a quick move over to the Main Stage, we caught our friends, Kansas Stone. These boys have been burning up stages for the better part of the year. And, when they haven’t been on stage, they’ve been in the studio recording for an up-coming CD. You know this band is hot, when the likes of Matty McKay, some of you may know him as Brett Kissel’s Lead Guitarist, is their producer. This band may be country but, you can tell the come from a rock background. It is a sound all their own. We had the chance to do a quick audio interview with Brian Vain and Matt Davey. Take a listen here. 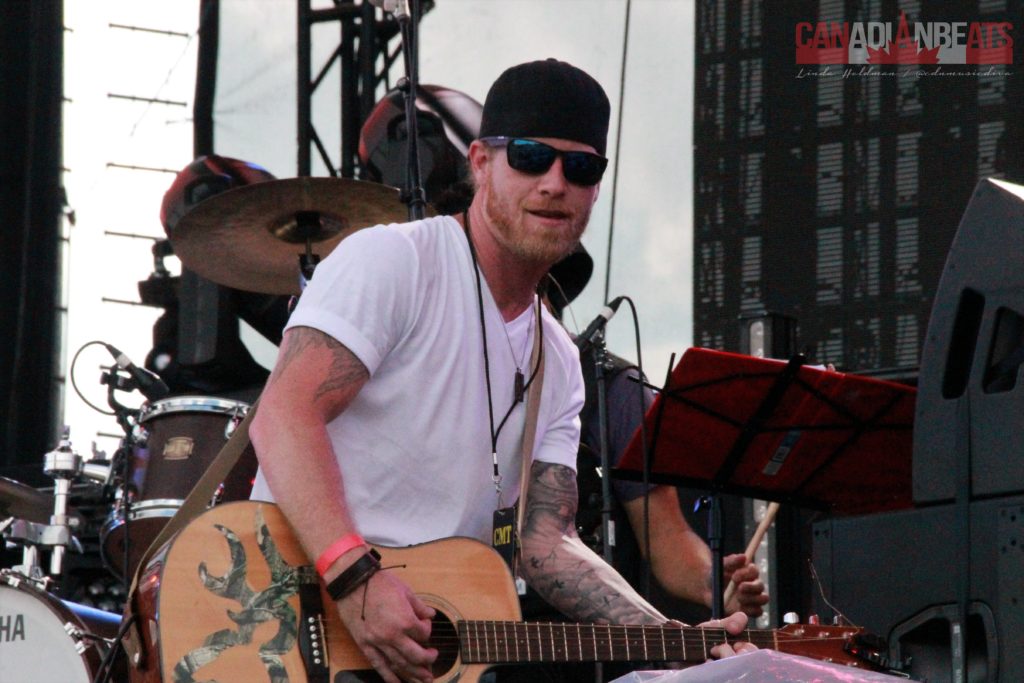 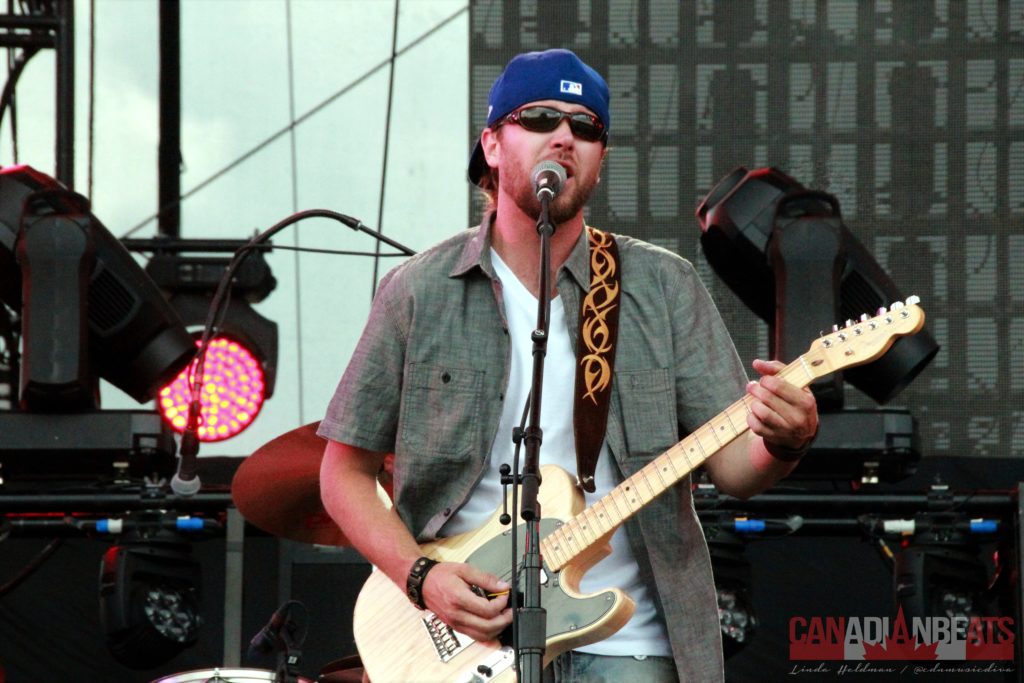 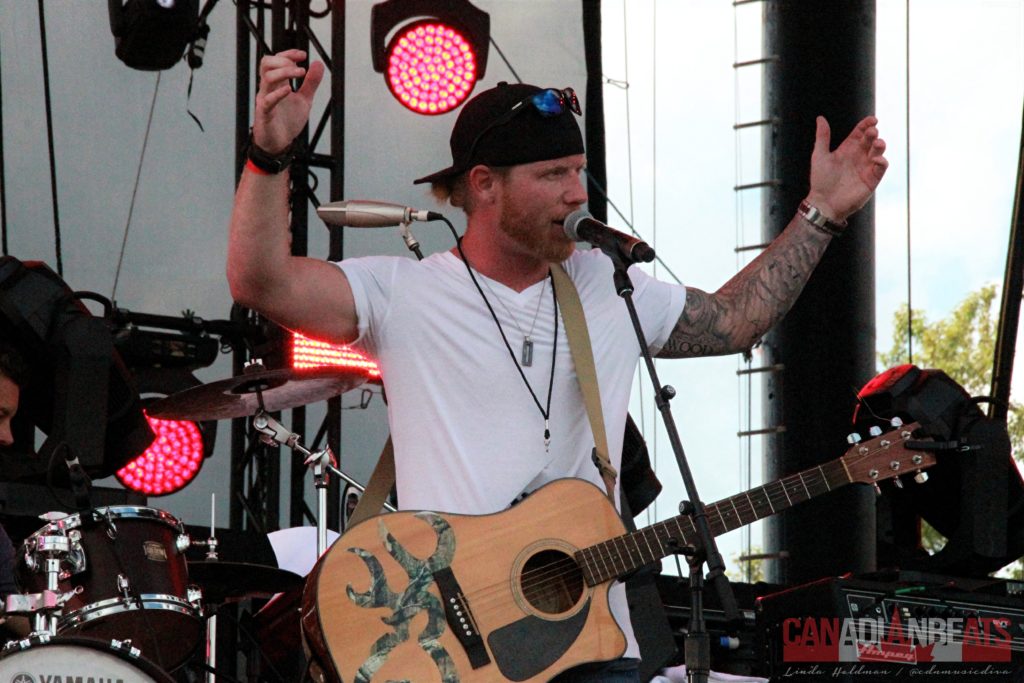 Back over to the Maple Leaf Stage, Ben Hudson delighted the crowd with his own brand of music. We first saw him at the CMAO New Faces Showcase in Markham back in May. He’s an accomplished songwriter and makes what he does fun. You just know he’s having a ball on that stage. 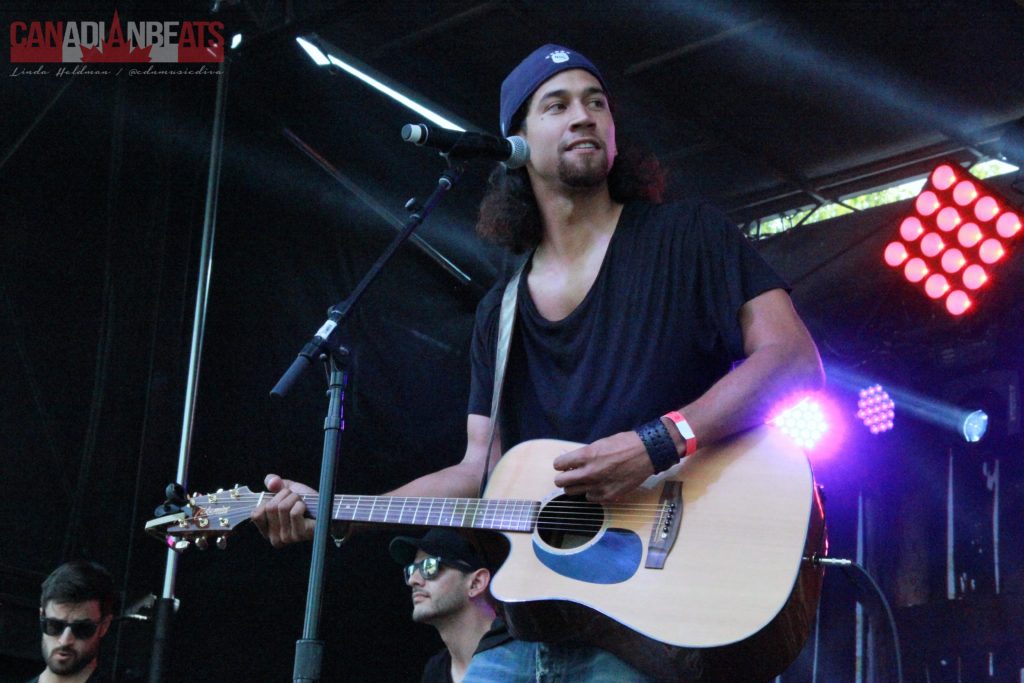 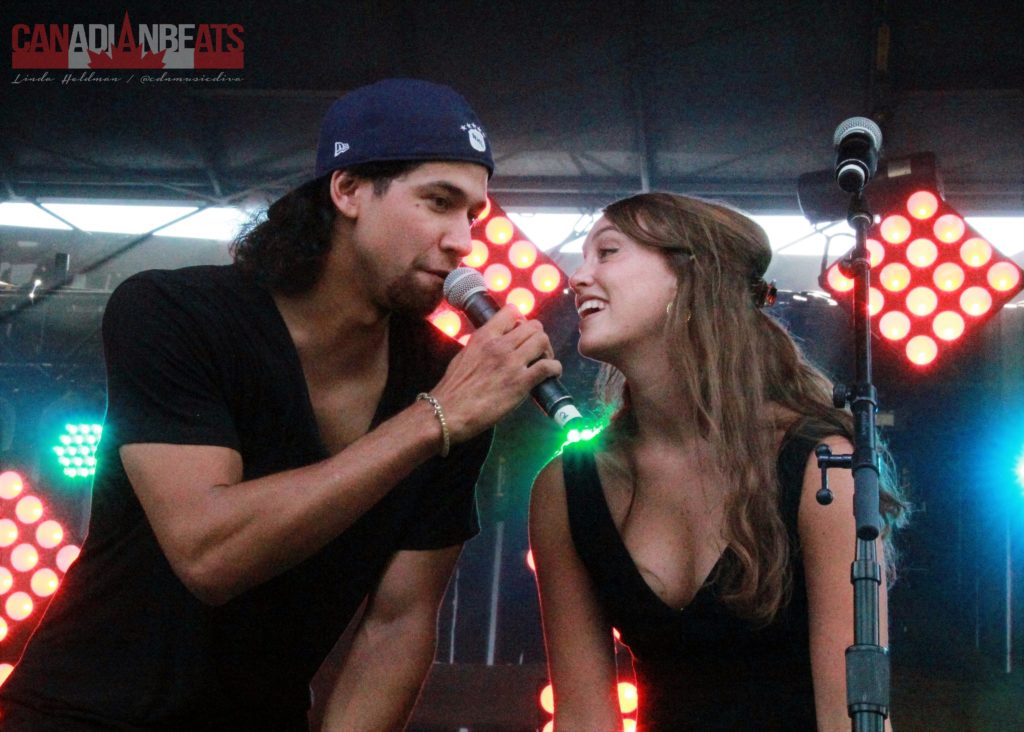 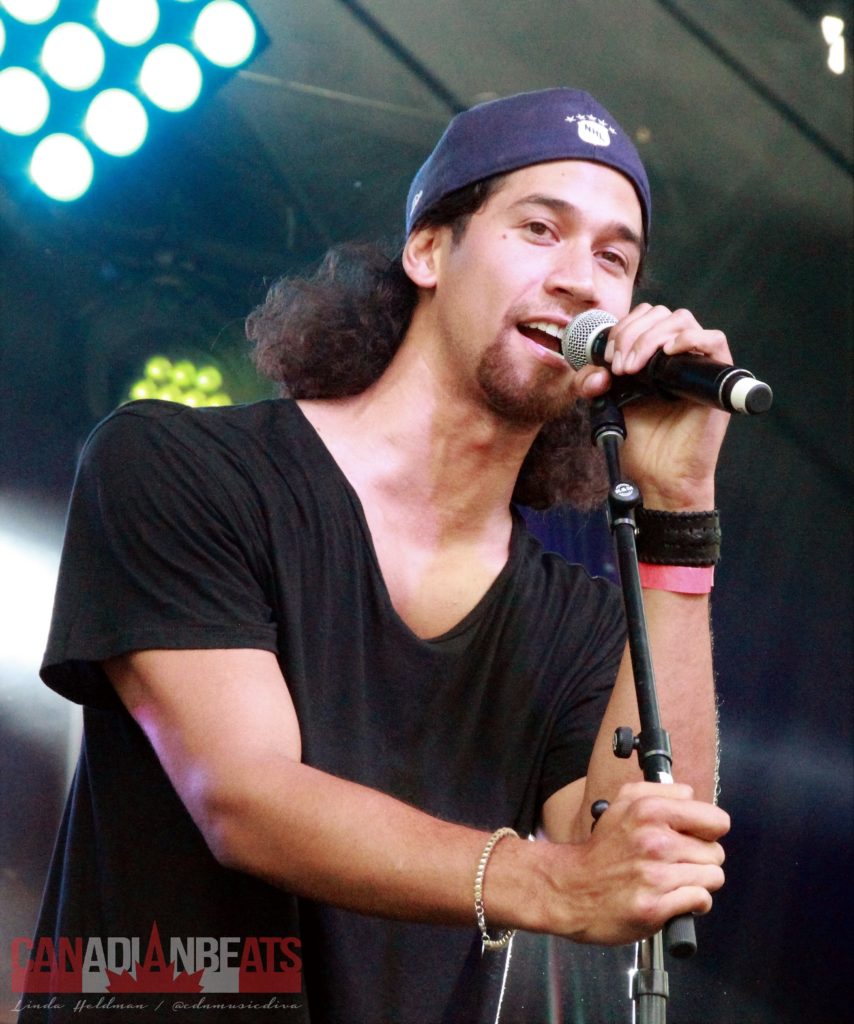 Main Stage, Bowmanville’s Sweetheart, Meghan Patrick did what she does best; rockin’ out with ease. She is a true country girl and her song “Grace and Grit” describes her to a “T”. She was definitely a fan favourite! Click here to see our video interview with Meghan before she went on stage. 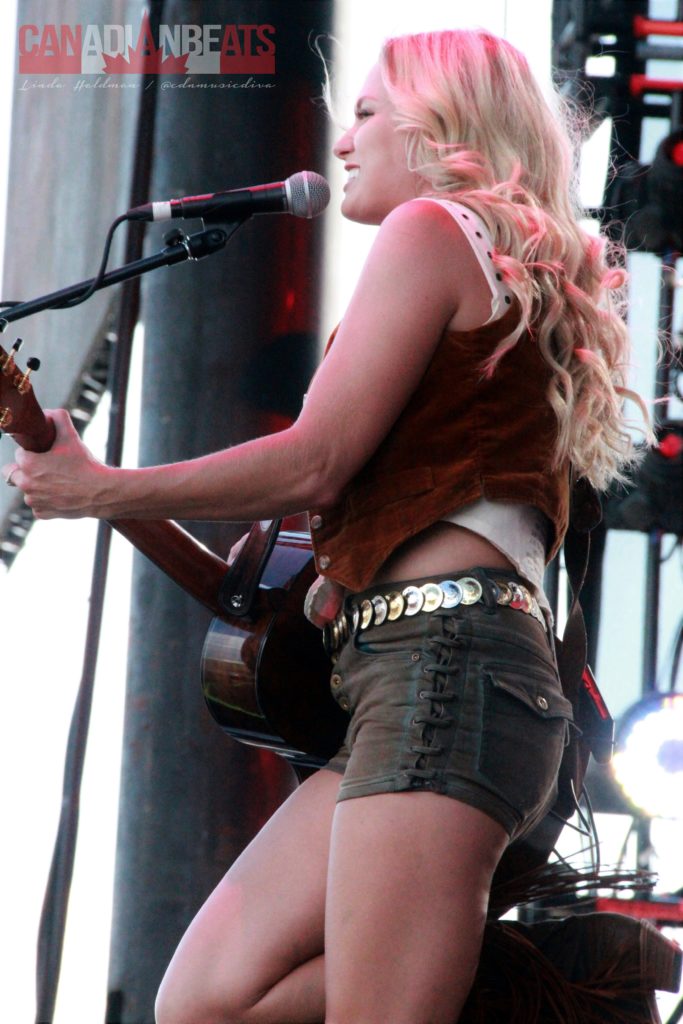 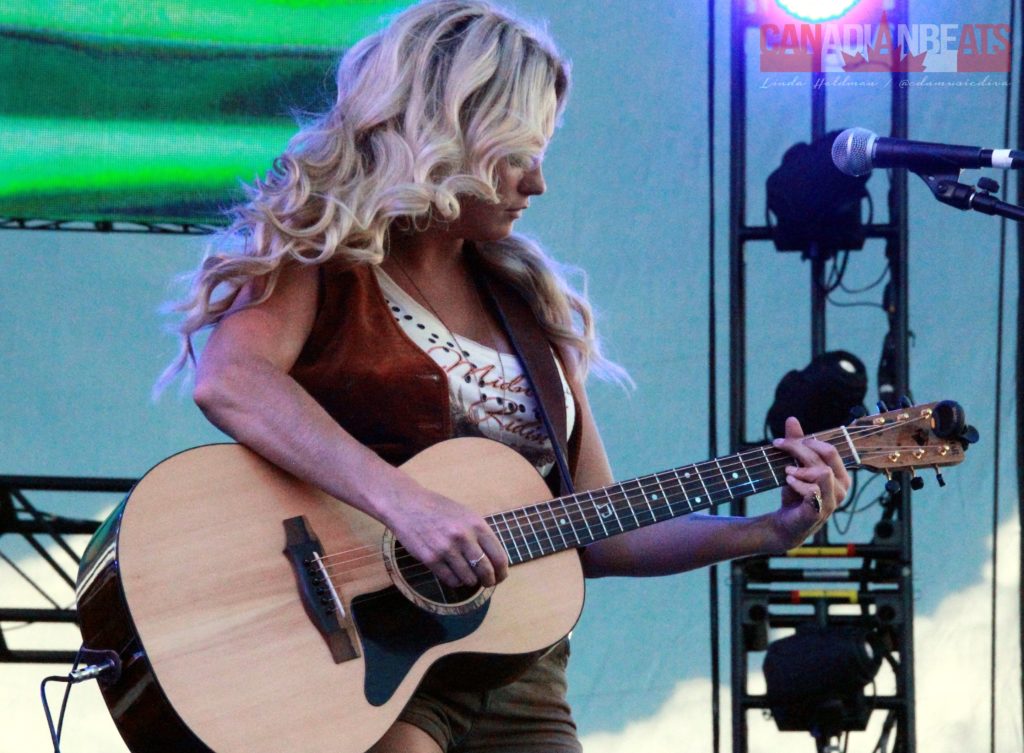 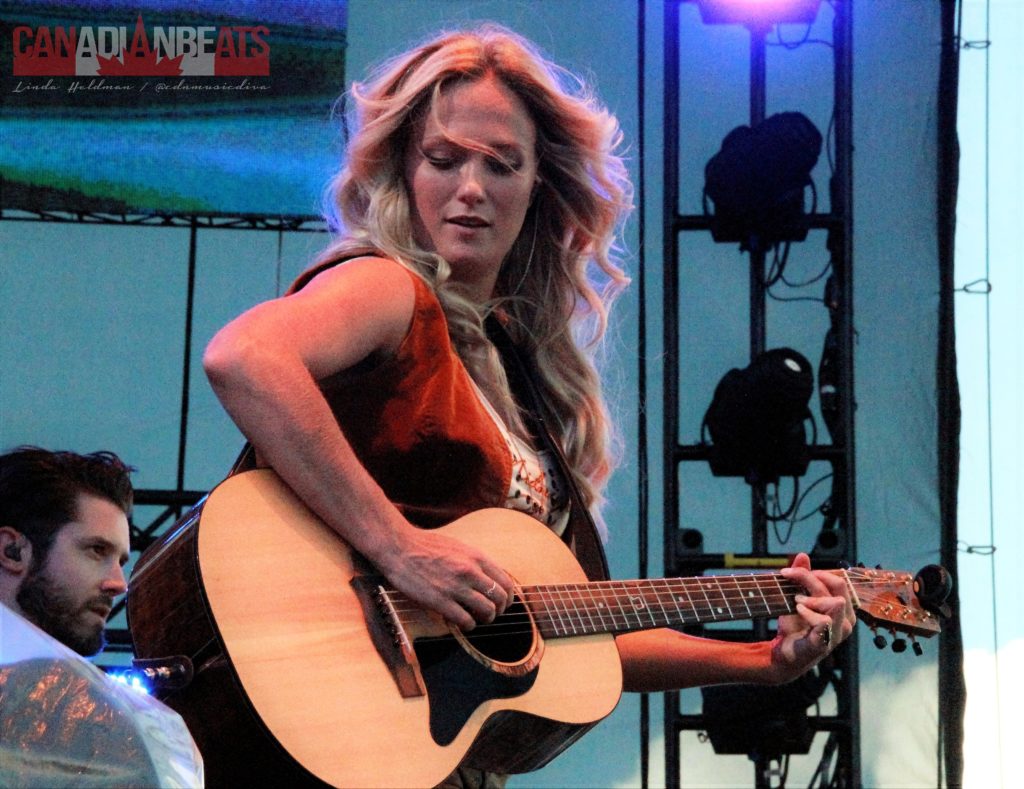 Those “Lawn Chair Lazy” boys of the James Barker Band got the crowd pumped over on the Maple Leaf Stage. by this point, everyone was feeling good! The highlight of this set was when a young man, in the audience, came up on stage with his girlfriend and proposed to her then and there. She said yes and JBB broke into song for the newly engaged couple to have a dance. 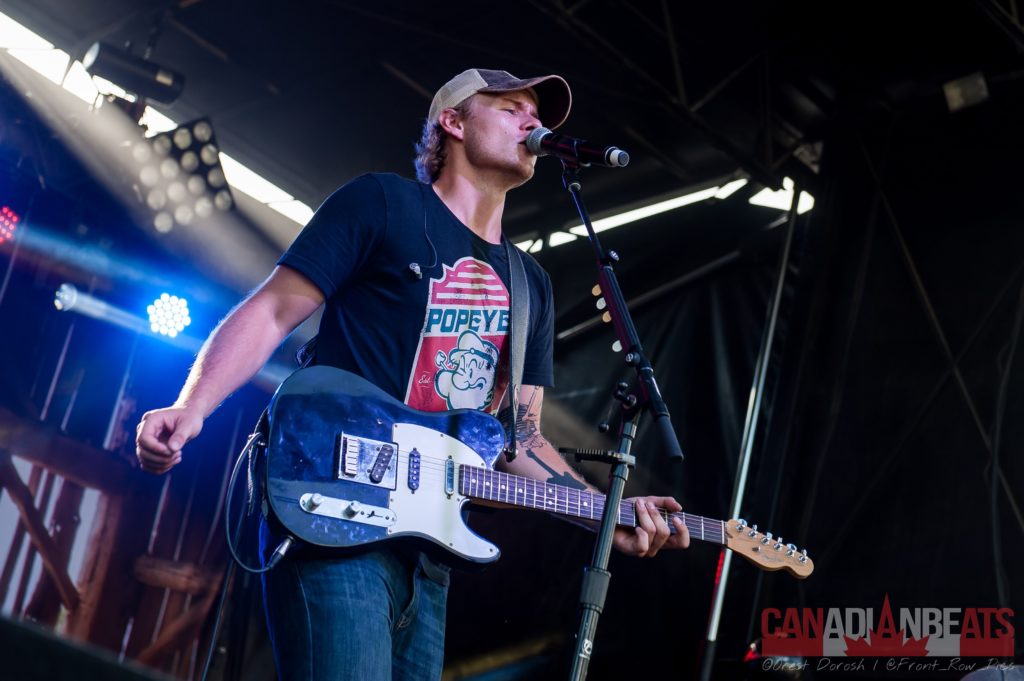 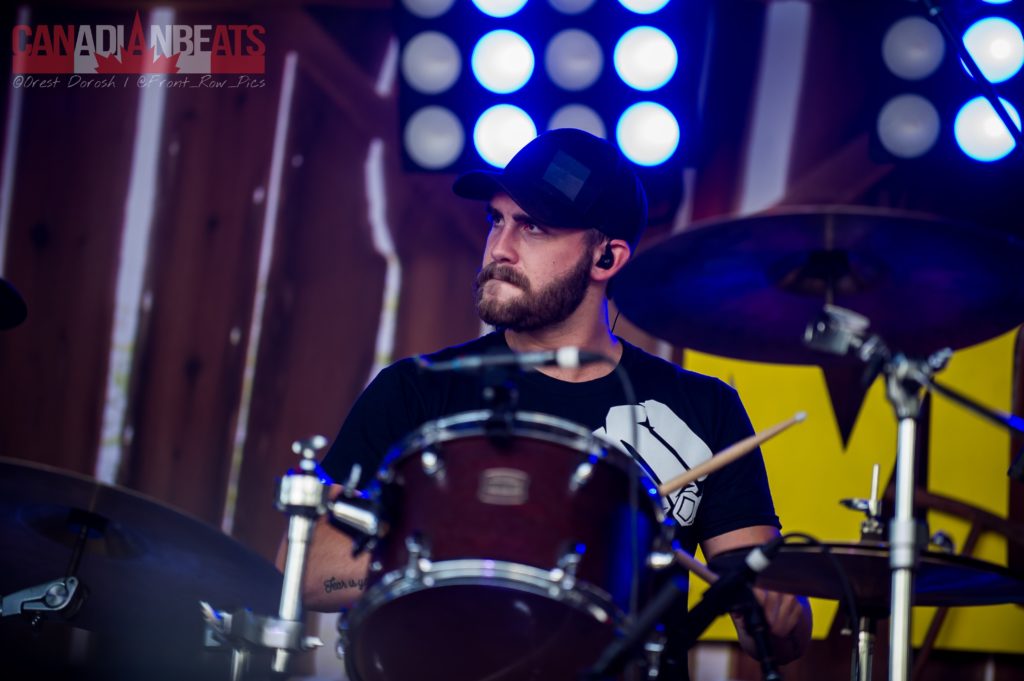 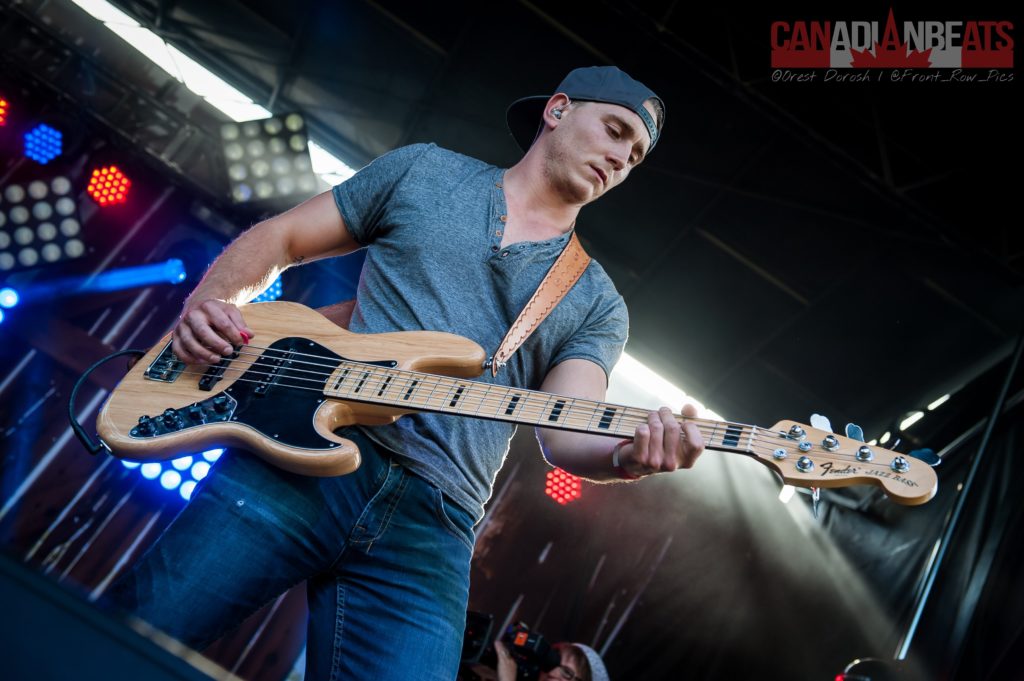 The Brothers Osborne, the first of a handful of American acts at the festival, brought their own brand of country to the Main Stage. Not that the crowd needed much coaxing but, they turned it up a notch! 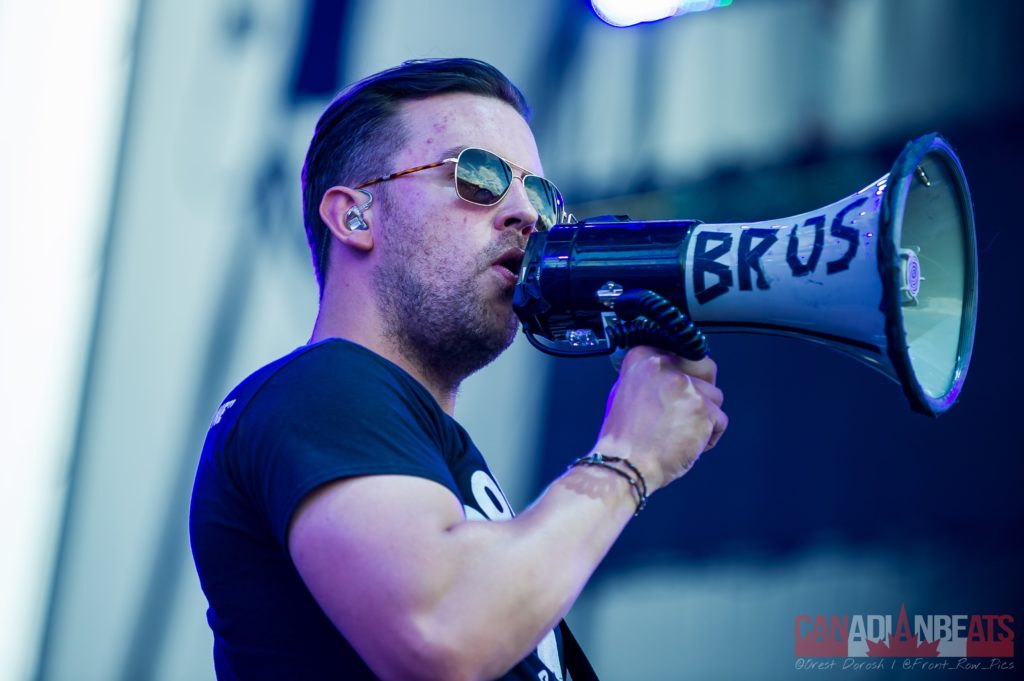 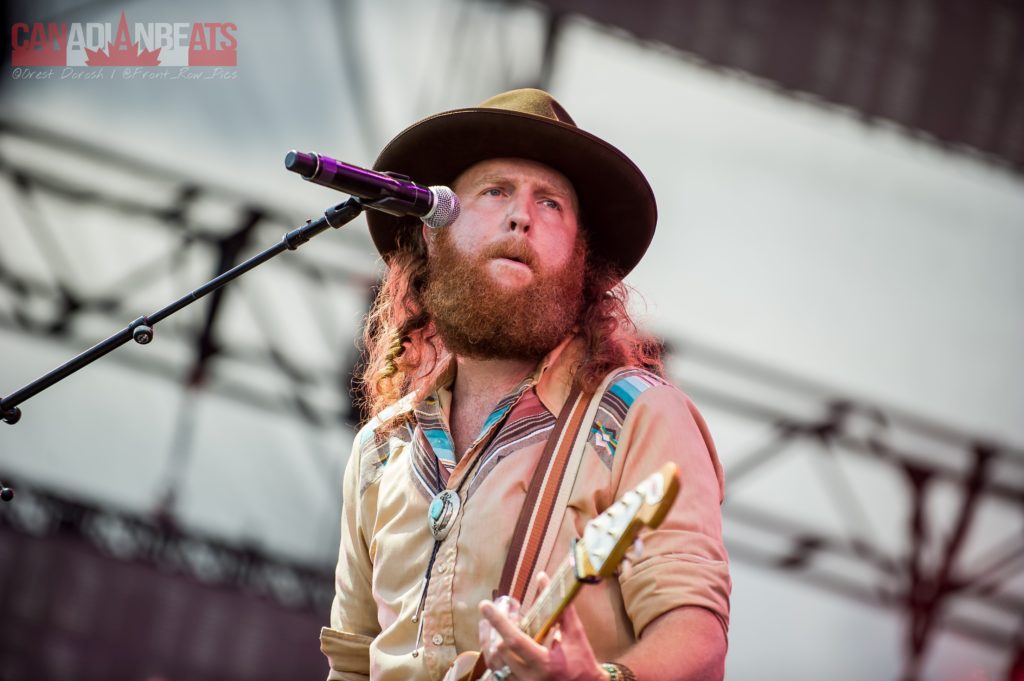 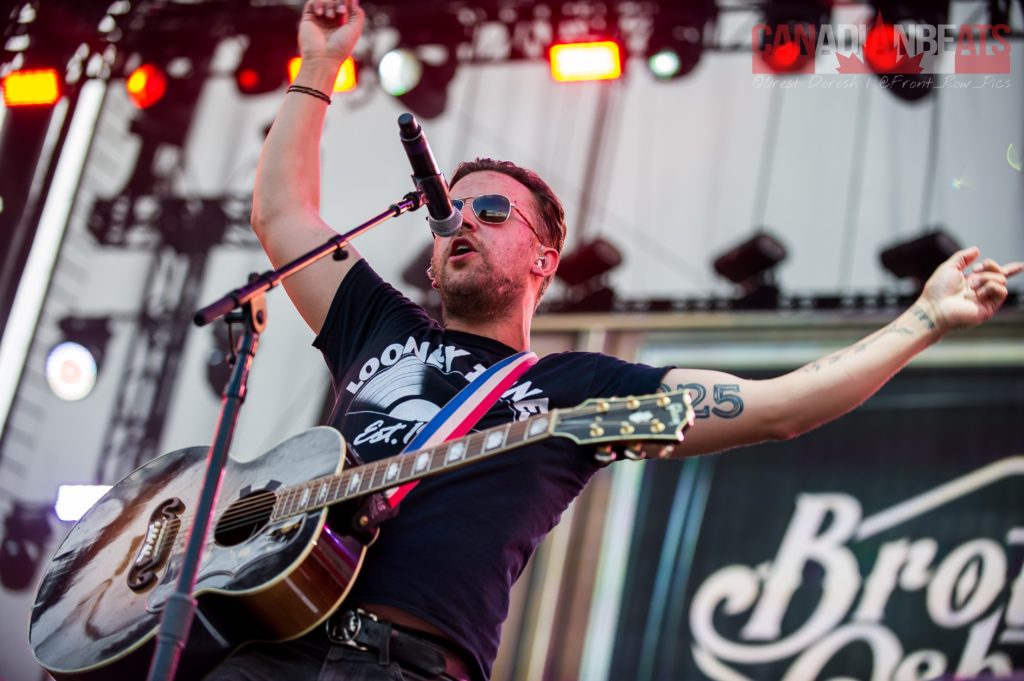 Next on the Maple Leaf stage was Andrew Hyatt. His current single, “MGR (Me And A Girl And A Radio)” is a summer favourite. He treated us to that and several more songs from his Never Back Down CD. 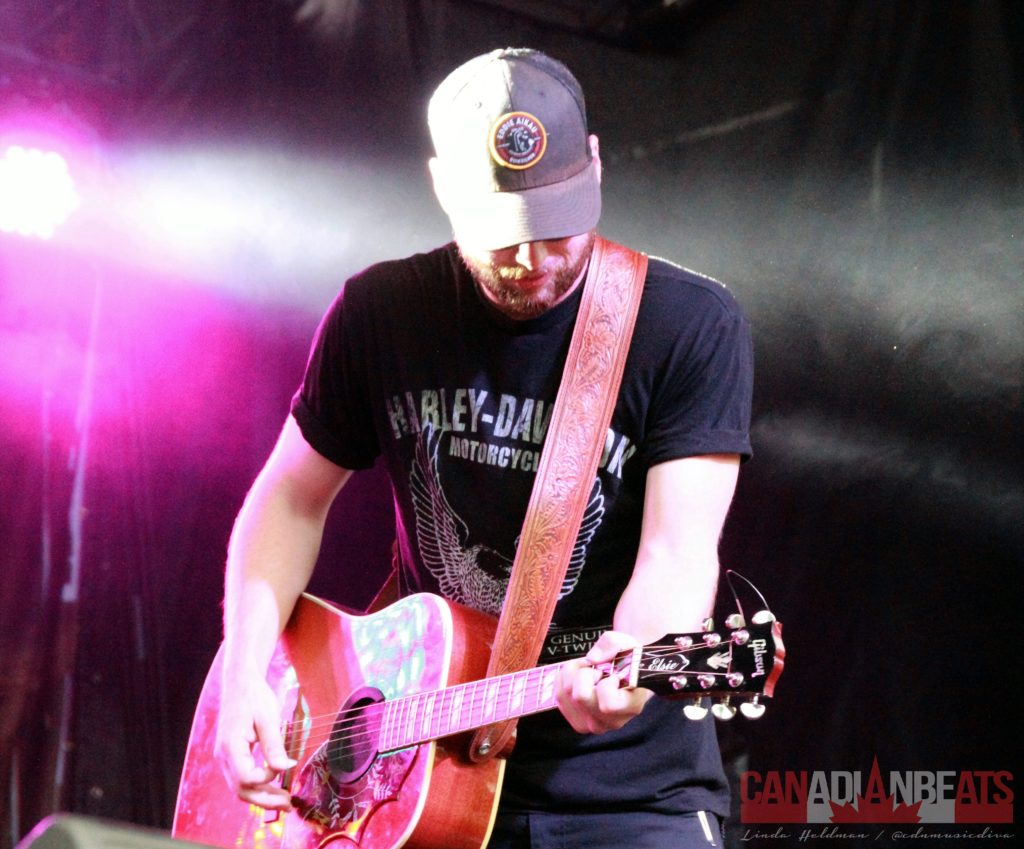 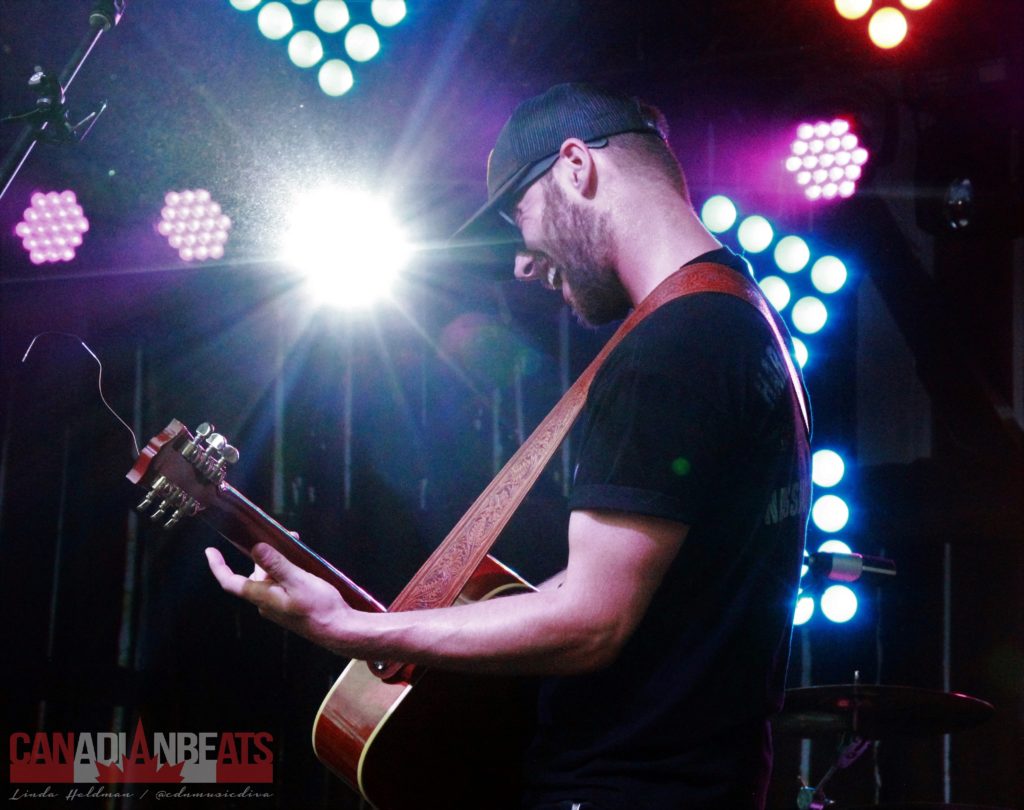 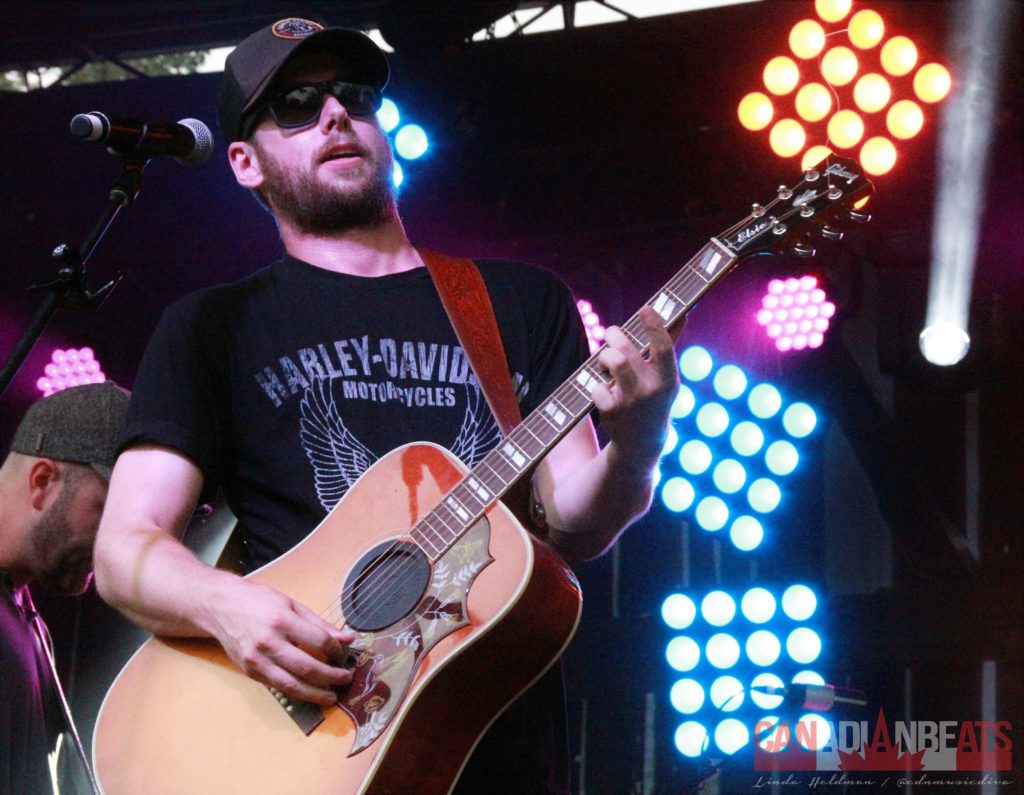 Unfortunately, after Andrew Hyatt’s set, severe bad weather was moving in. We were all told to evacuate the grounds till further notice. High winds and lightning were in the forecast. Torrential rain came pouring down. We were hopeful but, it didn’t look good. CMT and Bingemans monitored everything very closely for well over an hour and a half till, sadly, the rest of the night was cancelled. It was in the best interest of the fans. Safety first and foremost. Thank you for watching out for us!

Saying that, we missed Lindi Ortega on the Maple Leaf Stage and Kip Moore and Eric Church on the Main Stage. It was sad but, beyond our control.