By Remington Fioraso on July 12, 2016@https://twitter.com/RemingtonFD 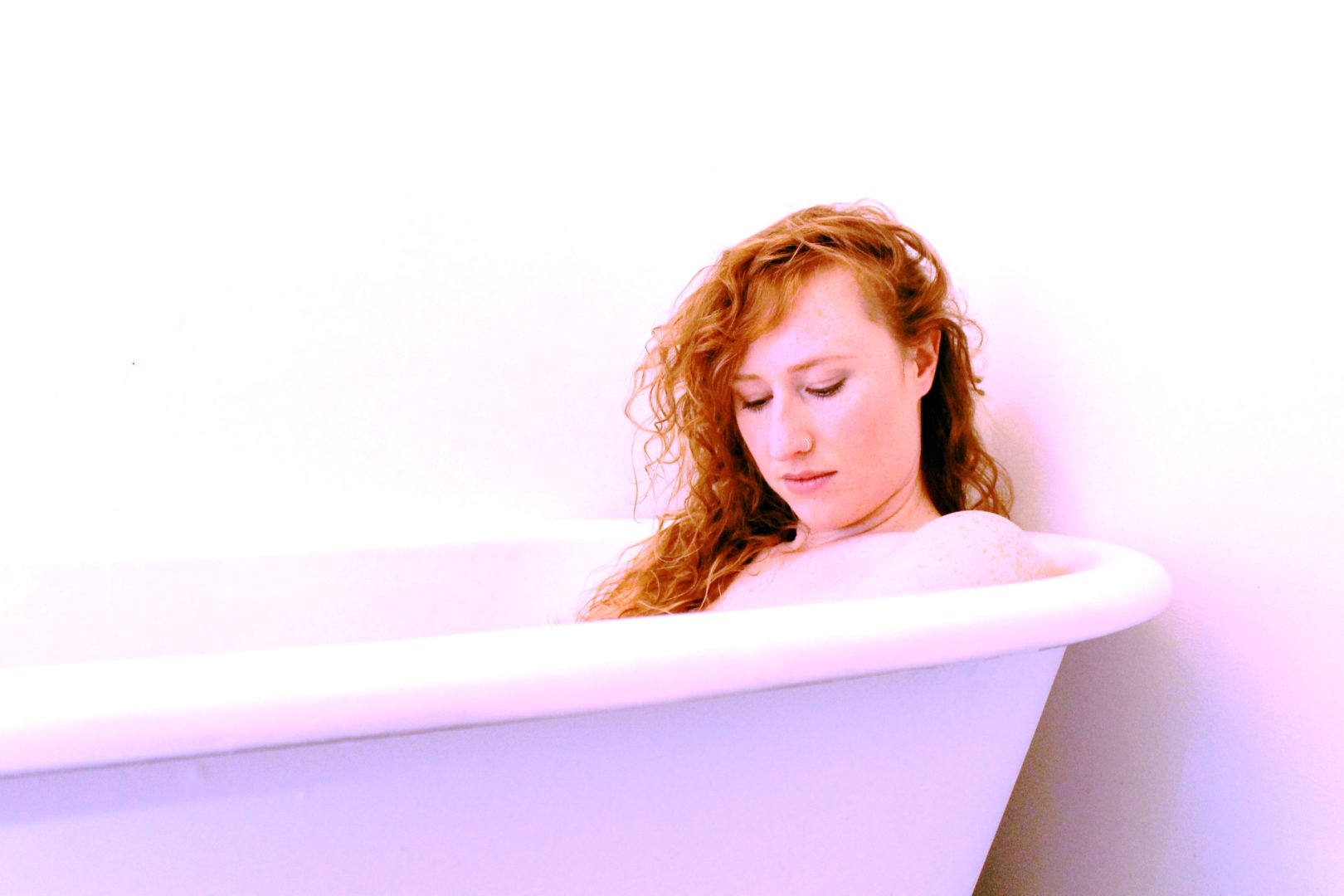 I recently had the chance to ask Peterborough’s RENDERS questions about her music and upcoming release of RENDERS.  The album is set for a July 8, 2016 release. Continue reading below and connect with the artist on her social media pages.

Hey! I’m Kelly McMichael! I’m currently pumped about my newest project, which is a return to synths and beats after I was doing the rock thing for a while. It’s called Renders, which is my 2nd last name, my mom’s last name (she kept her name cuz she’s badass). My full name is Kelly Maria Renders McMichael. I’m from Peterborough, ON.

You might hear hear Bjork, Robyn, Goldfrapp, and maybe some Washed out and LCD soundsystem. Probably some Eurythmics too (love those 80’s synths).

What led to the decision of releasing your music under ‘Renders’ versus your name?

I had wanted to use my mom’s for my music at some point, because it was only fair after having my dad’s name in life, and Renders has a nice ring on its own, as well as multiple meanings and easy clear sounds to pronounce. Since the project has a lot of feminist influence it seemed perfect to use my mom’s name to honour the maternal line.

How was the recording experience for your debut EP?

It was an interesting slightly unusual process. I did a lot of exploring and demo making on my own, getting immersed in my music on a new level in the depths of a hard, isolating St John’s NL winter, and I used a of (ahem) herbal remedies in the process for the first time, which was an important part of the mood, I think. Then Mark Andrade (TIO, Paradise Animals) asked if i wanted to work with him to produce the demos into a more professional sound. We did a lot of sessions together in his studio in Toronto over about a year, and I was really happy to use his nice moog bass synth and Juno. He was very nice to work with, we had worked together a little in the past with Rouge (my old band), Green Go (his old band) and ALX (Allie X’s old band). I knew we could communicate well and I could feel like I was getting heard with him, as opposed to having someone who would be too overbearing in the producer role, because I have a lot of ideas, opinions and expectations there. He let me have a lot of control which was nice, but I think he did a really good job helping create the sounds I wanted. Crisp, dreamy, beefy bass, sparkly synth… sounds delicious right?

Whom, or what, were some of the inspirations for lyrics contained on the album?

The songs are very motivational for myself and I hope for others. They are uplifting and about being strong and resilient and having self-respect (I Am Gone), connecting to nature (The Garden), validating real relationships over shallow interests and negative societal ideas about women. I like the lyrics be grittier and edgier than the dreamy pop sounds to balance things out. The first track “Running through the Night” is an anti rape culture anthem. “On the Ceiling” is the most vague, most feel-based song, which is about finding something spectacular where you weren’t expecting it.

Are there any tracks that stood out for you the most on the album? Why?

I honestly like them all at different times. It depends what mood you are in. If I had to choose a favorite it would probably be “I Am Gone”, because it was just one of those songs that came together smoothly and every part felt right and good, and like i had found a great pocket of songwriting.

What can fans expect to see next from you  following the release?

I’m not sure, it depends if people hear it, and if bookers start booking me. I would love to play more, get out west… but i’m getting too old to drive 6 hours to play a show for free beer and sleep on someone’s floor. I’ll play lots around TO at least. I’ve been working on some covers, like the Lana Del Rey one i did, where I take a song and reinvent it into something else with more beats and synths. I should release some more of those over the next year because i do that all on my own. I have some other renders songs that hopefully i will get to record and release as well, but there’s no money for that.

At Canadian Beats, we like to allocate a section of the interview of questions that will help fans to get to know you a bit more.

I learned a lot about singing and songwriting from Sarah Harmer and Kathleen Edwards. I think ‘Hydra’ was one of the best shows I’ve ever seen. Land of Talk is one of my favorite bands for sure. I also like The Gordon Brothers, Maylee Todd, Terra Lightfoot, Diana, The Bicycles, Bernice, Light Fires, “Sugar Glider” by Renny Wilson is a super sweet album not enough people know about, and Mokomokai is this wild metal band from Peterborough that put on the most entertaining show you will ever see.

What about the last?

I’m going to get the “Little Scream” album, because they rocked their opening slot for land of talk.

What would be your dream-line up to see as a fan?

If its a dream can they no longer be alive?… Debra Harry, St Vincent, Bowie, Annie Lennox and…..Prince? They could probs cover enough instruments to make a band.

‘Indie’ is no longer independent, it’s totally been commercialized. Support artists that are the real deal, who say interesting things, make challenging music and aren’t just on the radio because of connections. Reject patriarchy. Be anti-oppression. Support artists that are people of colour, trans, queer, women, and ask bookers to book more of them. Support Black lives matter. Support Indigenous rights. Viva la revolution!