By Remington Fioraso on July 11, 2016@https://twitter.com/RemingtonFD 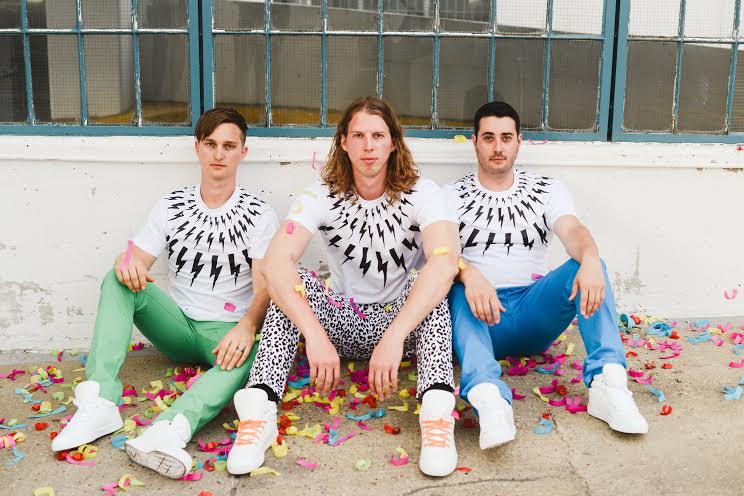 I recently had the opportunity to ask Edmonton’s White Lightning about their music, new single, and their upcoming album.  Continue reading to find out more about the band and connect with them on their social media pages. Also check out their new video for “Follow Your Heart”:

First off, can you introduce yourselves to Canadian Beats’ readers?

For sure! My name is Steve, and I front White Lightning with a guitar and vocal chords.

Our influences range from 70s disco to modern rock. Some key ones are The Black Keys, and KC and the Sunshine Band

How did you meet?  When did you begin playing together?

I met our drummer Enoch Rottier 8 years ago when he started dating my sister. I was forming a band at the time and heard rumors about what an incredible musician he was. We met Jason Grilo through another band Enoch was a part of.

How has the reception been for the “Follow Your Heart” music video so far?

It’s been great, it was an exciting challenge for us doing the entire thing in one continuous shot and people seem to love how it translated.

Were there any stand-out moments when filming the video?

There were multiple takes that we did that went absolutely perfect until the very last 30 seconds where something either exploded or fell apart calling for a redo, but the keeper take felt perfect the entire way through and very satisfying once it was completed!

What were the most memorable aspects of recording your upcoming album Face to Face?

The most memorable was the people we worked with on the album. Howard Redekopp produced half of the tracks and he was an incredibly hard working and talented producer. Dave Pensado mixed the lead single and brought an entirely different but very professional approach to the music.

Did any tracks stand out in particular on it? Why?

“Take It or Leave It” is a song inspired by Jason Grilo’s Portuguese musical upbringing and was a very different but enjoyable experience to write and record (and perform!).

Whom, or what, are your inspirations for songs on the album?

Relationships that I have been a part of or been beside. The main theme is focused around finding peace after the storm, and love despite all else.

At Canadian Beats, we like to include a section of the interview that allows fans to know a bit more about you.

What artists are you listening to right now?

DNCE, Justin Timberlake and the Bee Gees. Keeps me inspired during festival season and our summer performances!

What was the last movie you saw?  Would you recommend it?

Deadpool. I would definitely recommend it, it was oddly hilarious.

Camping! We usually camp at every music festival we are a part of and more!

Egypt. I’ve been to Turkey and the history was incredible. Egypt is even more rich in history and the beginning of so much.

I am a mechanical engineer and design robots by day.

Thanks for reading! I hope our music moves you in one way or another!