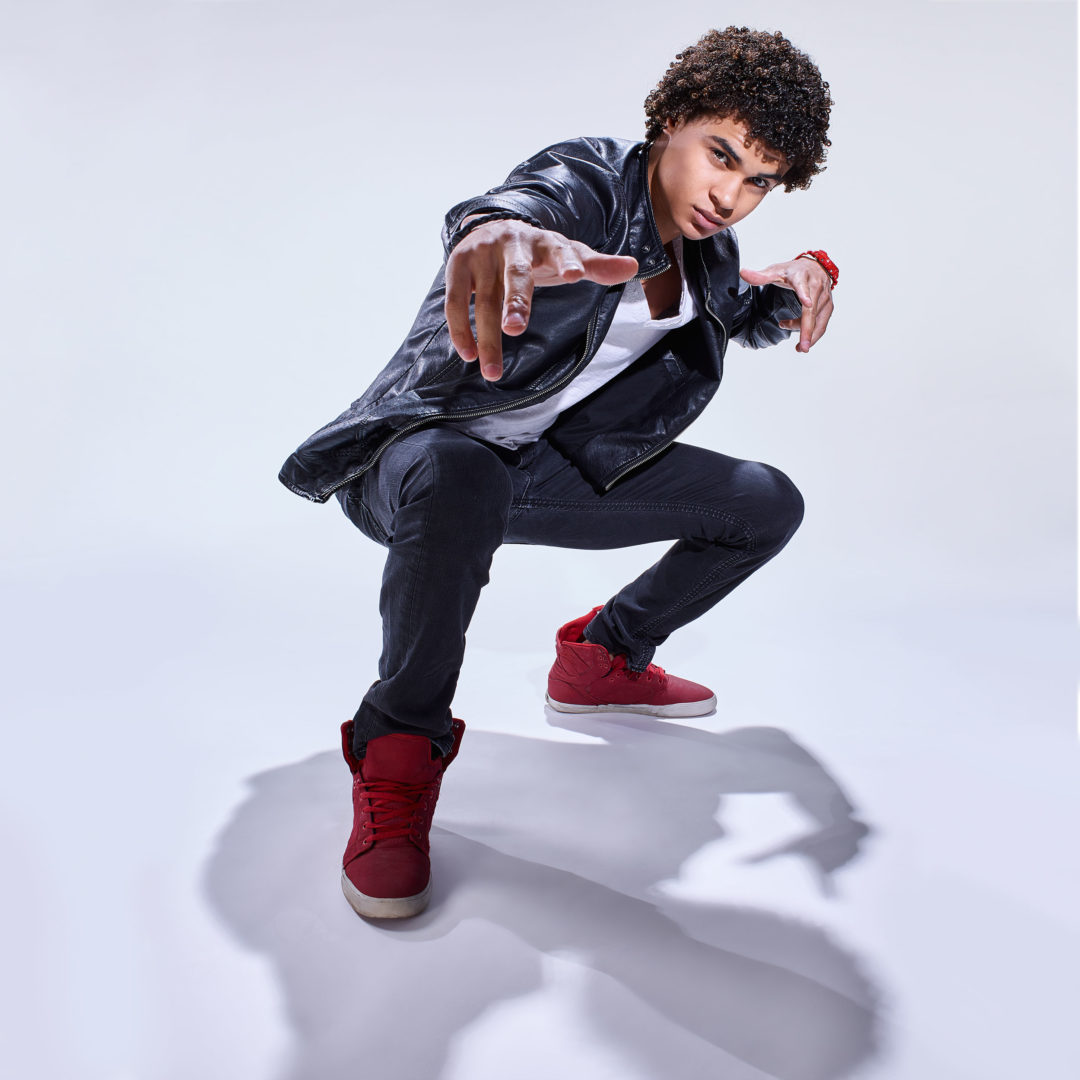 Kolton Stewart has been making a name for himself in the TV world, and now he’s bursting into music. At the age of 16, he has already had the lead role playing Jarvis Raines in the show Some Assembly Required and has also starred in shows Saving Hope, and The Next Step. Stewart has released his first single, “Context”.  You may have already heard his voice through the fame he was gaining on YouTube or when he was invited to Ellen DeGeneres’ show. We interviewed Stewart to see what he’ll be up to next.

Let’s start with your debut single, “Context”. How has the response been so far?

So far the response has been awesome! I am so happy that the song is finally out and that my friends and family are able to hear my original music. I am also really looking forward to seeing how this song does globally as the song starts to be played internationally!

What is the song about?

The song is about a girl showing a lot of interest in a guy. The guy likes her but just feels like things are moving too fast. He is uncomfortable in his environment and feels like it is just not the right time or place. This song definitely has some true life influences.

What has it been like being in the spotlight so young?

I am very much enjoying the attention that I am getting right now. I don’t feel like I am “in the spotlight” as every opportunity I get to talk to media, fans etc. is just a blessing. It never feels like work. So if this is what the spotlight feels like I am never going to get tired of it!

Do you have any advice for younger people looking for stardom?

My advice may sound a little cliché but I honestly feel like it’s the best advice that helped me. The advice is to simply just believe in yourself and believe that anything is possible as long as you work hard. I wake up every morning and aim to get better. If you continue to work hard and believe in yourself, good things will happen.

Do you find your age is something that stands out in the industry?

Lately, there seems to be some remarkably talented teenagers. I think there is a great market for teenagers and I am constantly inspired by watching people my age who are just so good at what they do.

Are you working on releasing an album soon?

I have written so many songs in my life. I have enough material for an album but as of right now I am taking it one single at a time. I am looking to releasing my next single sometime in the near future and eventually there will definitely be an album. Stay tuned!

So now that you can officially say you’re a triple threat (singer, dancer, actor), which do you like the best?

Well I truly love them all. Its hard to say which one is my favourite. To be honest the best thing is when I get to do everything (sing, dance and act) at once. When I get to act in a television show, movie or musical and get to break out into a song or dance, that is my favourite thing because it is the best of both worlds! Or the best of three worlds I guess!

Which singers/bands do you say you take the most inspiration from?

Do you have any plans on touring in the future?

I am excited to see the opportunities that arise with my new single “Context”. I would love to tour and perform live as that is truly one of my favourite things to do. There is nothing better than being on the stage.

What is your ultimate goal in the entertainment world?

My ultimate goal is to stay consistent. I don’t ever want to leave. I want to be in the business until the day I die and I want my work to always stay in the universe. Michael Jackson, The Beatles, Ray Charles and so many other iconic people still have their as a very big part of music history today. That’s my goal. I would also of course love to eventually sell out Madison Square Garden.

At Canadian Beats, we have a tradition of throwing in some fun questions. So the next few will be of the sort:

If you could swap places with anyone for a day who would it be and why?

Hmmm I think I would like to swap places with a professional hockey or football player for a day because I love sports and I would love the opportunity to feel like a sports legend for one day. It would be such a cool feeling to run on the ice or field with the whole stadium chanting your name.

Think of the person you look up to the most. If you could interview that person, who would it be, and what would be the first question?

I really look up to Ed Sheeran. I think he is such a cool person and he is one of my favourite artists. If I could interview him for a day I would start with just wondering how he got to where he is and how he continues to stay grounded through all the fame and success.

Do you have anything else to say to your fans?

I just want to thank all of my fans for the constant support and love. I really appreciate everyone who has purchased Context and I am so happy with the response that I am getting! Make sure to check out my website www.koltonstewart.com to get all the latest news about what I am up to. Also follow me on social media! Thanks so much for everything guys!