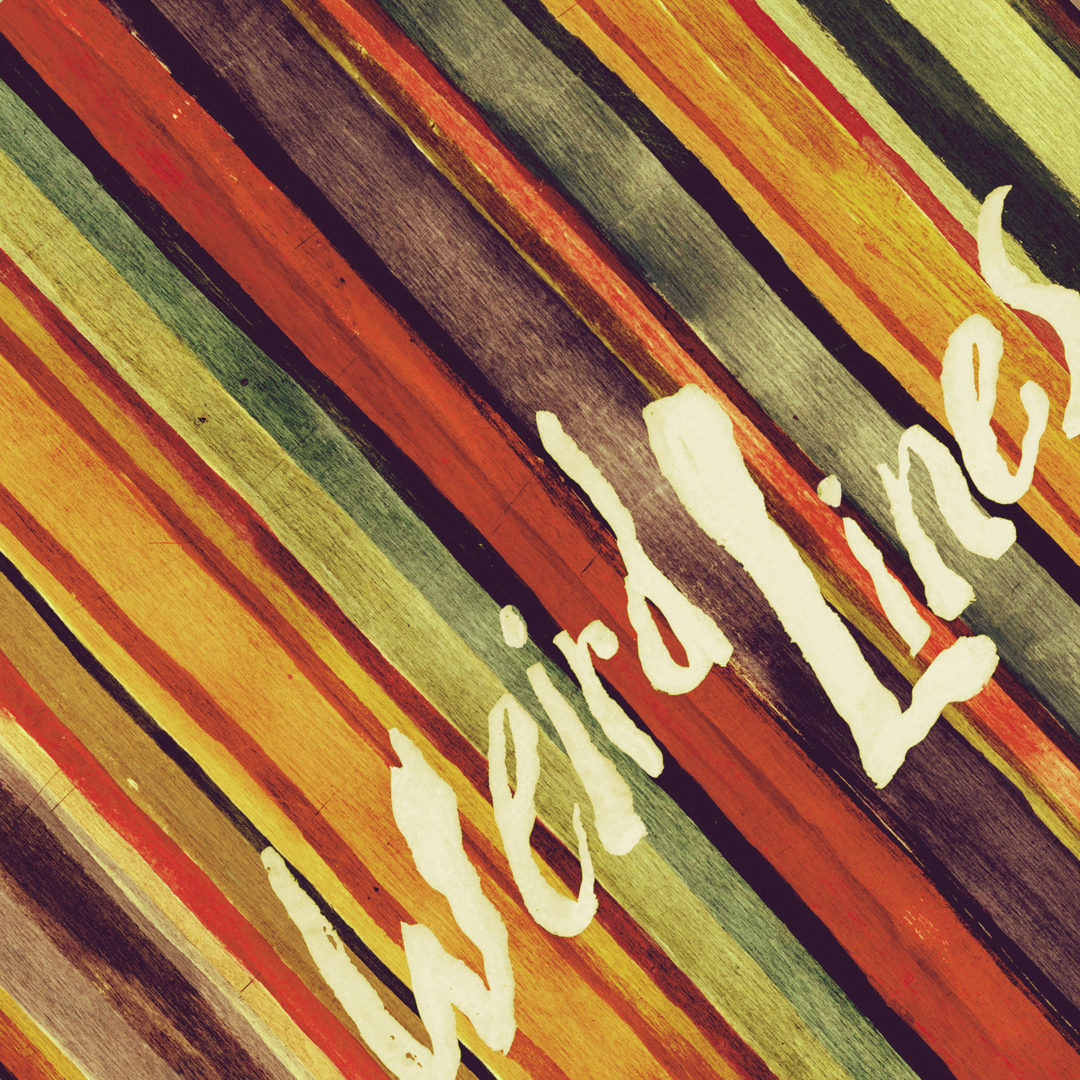 It’s prom night in the early-90s and two artsy disheveled kids, with their self-determined bleak future stretched out in front of them, slow dance in the civic centre swimming pool parking lot, smoking cigarillos in a knowingly ironic powder blue tux from Value Village, and a cute ballerina dress with Doc Martin boots and torn fishnet stockings, Weird Lines playing as the soundtrack through a silver two-door Firefly hatchback speakers.

The prom night opens with “Fade in My Heart” an anthemic, shoegazing big guitar rock song complete with pitched, high Whirly Tube type whistling, the long, wrinkled plastic tubes they convinced elementary school Phys. Ed. students were kinesthetically educational.  This tune is a great fanfare in the style of the Who opening Quadrophenia with big rock and drum fills.  Actually, on Quadrophenia it was the second track that was the big rock one, but the idea is there, a big anthem to start the disk with chaotic drum fills and much needed splashy cymbals often neglected by most bands on the planet.

The guitar sound in “Fade in My Heart” is like Juicifer, or Bionic playing a ballad, with laid back, shoegazing, 90s alternative vocals.  The fanfare riff is sing along-able, pleasing dissonant, and could be featured on a Who record if played through a French horn.  Great push throughout with straight ahead guitar and bass, and single saxophone lone gunning it like Lee Harvey Oswald dressed in a Chewbacca costume.  Chaotic, deconstructive, slightly spacey ending to made ef and the Starship Salvation proud, with an overly long fade out to see who is carefully listening,

“Between the Lamppost (You and I)” opens with the same pitched hum as “Fade in My Heart” which is hopefully cleverly purposeful.                   A distinct, slightly jangly guitar morphs into a multi-layered sound pact wall with relaxed vocals, Sonic Youth driving to the coast on a vacation with the hum of the road being amplified through a subwoofer in the trunk.  Outside saxophone lines adds the needed sonic Jackson Pollock scribbled graffiti on the Phil Spector wall of guitars.

“One Fell Swoop” and “Twin Summers” veers into a neo-nostalgia rock sound rest stop, 1950s rock and roll mixed with an alt. 90s esthetic.  “One Fell Swoop” is sweetly romantic, breathily sung close to mics, with passing tones in the guitar to create artistic tension.  The production here, particularly in the saxophone, is reminiscent of the first Operation Ivy album, giving it a garage band meets prom night esthetic to inspire our prom date’s impromptu slow dance in the parking lot.

‘Twin Summers” is the up-tempo, Dirty Dancing soundtrack tune, with a big solo tenor sound.  The vocals here work wonderfully harmonically and sonically to cruise over the straight ahead, summer beach rock vibe.  The arrangement is artfully done in two distinct sections, creating the effect of two twin summers, complete with spoken word narration, and a summer time tune that would make the Talking Heads proud.  A Canadian reboot of Dirty Dancing needs to be made set in Banff, or Haida Gwaii, or Cavendish, with a soundtrack consisting of Weird Lines, Ferraro, and the Fancy Diamonds.

“There Are Never Too Many Matches” is Thurston Moore writing and performing a song recorded by Operation Ivy.  Yes, back to the Operation Ivy production but it fits well here, in the best way possible.  “Matches” opens with the neo-nostalgic influence, jumps to 80s Cal-punk, 90s alt. rock, with a dash of Rah Rah, sparkly vocal harmonies included.  And a great use of shakers, seriously.

“Summer Can” opens with the great shakers from “Matches” and guitar followed by Dinosaur Jr. going to the beach, bright flowered-printed shorts worn by a pasty-skinned long-hair wearing a fedora, carrying a Skull skate surfboard, if such a thing existed (and it should).   A wavy soprano saxophone sax line flies in like a seagull, and becomes a tenor when it lands.  Good mix up of instrumentation for a solo player which, not to put too fine a point on it, is a brave move when most bands go with a full horn line.  It is refreshing to hear a single wind player used through the album as an integral part of the song writing, not just a flashy, sound bit highlight.

The album closes with “Bother to Be Bothered”  a closing sound for the end of the night of our disheveled, artsy 90s prom date, sharing a jay in the backseat watching the sun come up, or sharing a Dr. Pepper from a can if they are straight edge.  Soft-delivered vocals create the intimate space sense of an old-school country bar in New York.  As our young lovers hold hand and smoke, or drink pop, the lyrics reaffirm their affection, the self-deprecating compliment of enduring happiness:  “Don’t worry / you won’t be missed / no one can be bothered / to think of you that often / but I do.”  A bitter sweet ending of enduring, non-mixed emotions the two people left on the planet who feel they truly understand each other.

Have a great Weird Lines summer, everyone.