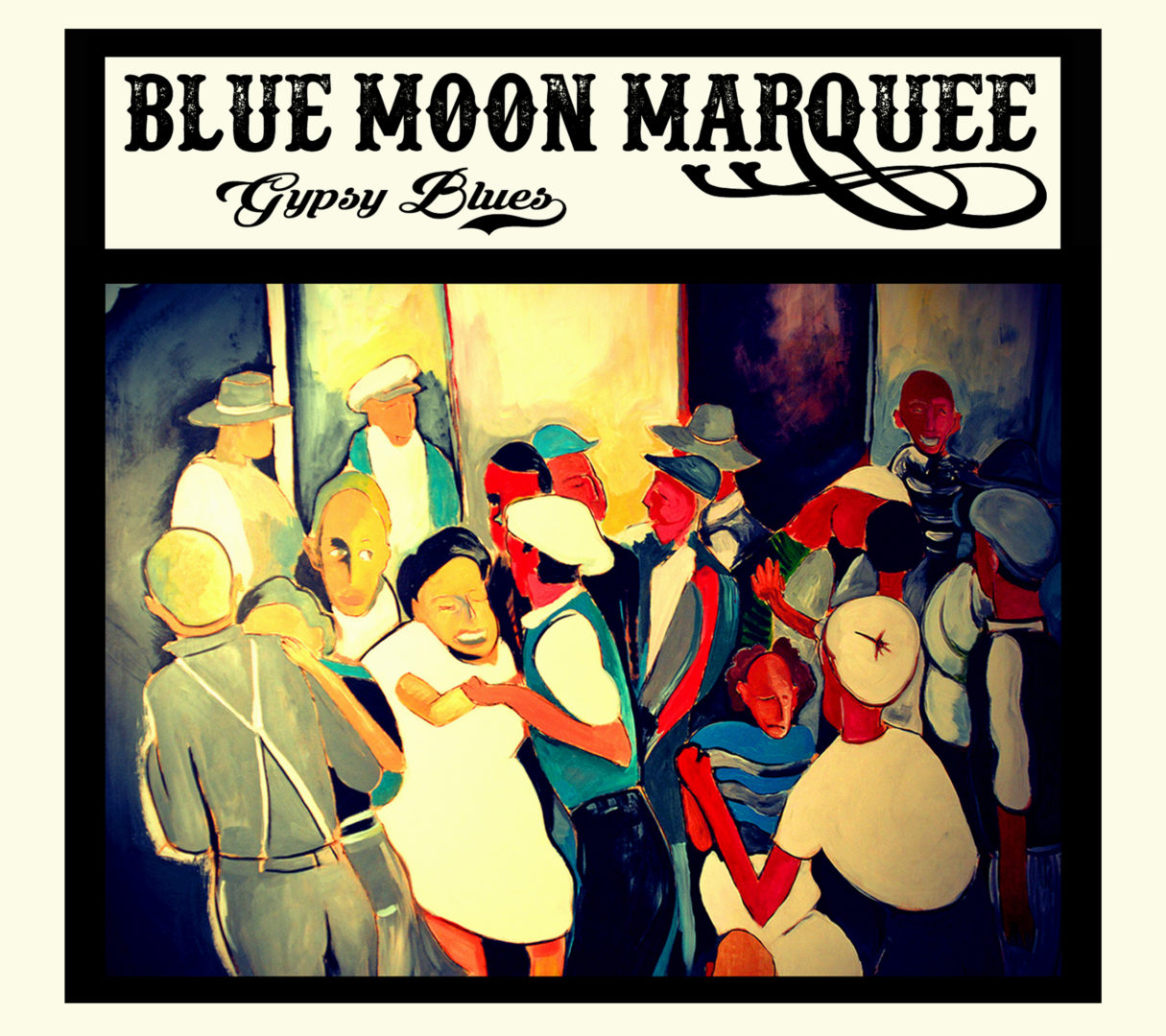 Blue Moon Marquee brings us a sound like the old 1900 St Louis era with a deep rooted Rag-Time style album with hints of Jazz and Blues. The album called Gypsy Blues released on June 17, 2016. This album features the dynamic duo A.W Cardinal with his Raspy Rag-time style voice and jazz and blues styled guitar play and Jasmine Colette on her upright Bass that commands the attention right away from my listening ear and controls the feelings in me when I hear their songs. Both coming from The Rocky Mountain Prairies area in the West Coast of Canada, have such an amazing sound.

My favourite songs from this album clearly are “Trickster Coyote” right from the start. Singing the blues about relationships and drinking to get through the times. Another track is “Ain’t No Stranger” with the sultry voice of Jasmine Colette, it tells a story of acceptance and the journey that’s about to happen. Last but not least “Gypsy Blues” with lyrics that speak of one last chance and tales of mercy that A.W Cardinal pleads for himself on the song. This album also reminds me of the sounds in the back room pubs that filled the back alleys in the town where I’m from. I felt the command of these 3 tracks of the album.

This duo is extremely talented and easily comparable to the likes of Bo Diddley and Fats Waller and my favourite Blues artist B.B King. With the female voice comparable to Winifred Atwell.