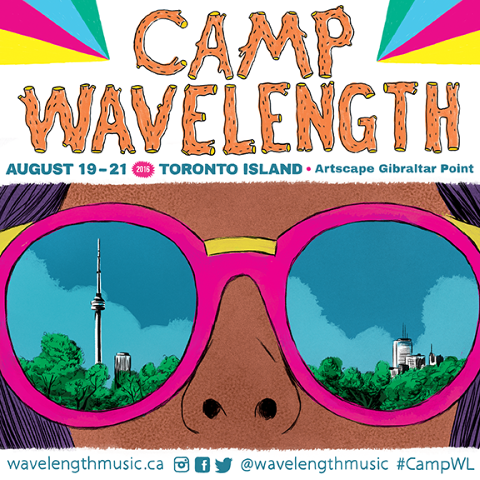 Toronto’s only camping and music summer festival Camp Wavelength has announced the final lineup for the 2016 installment and will be taking over Artscape Gibraltar Point at Toronto Island August 19th-21st. With a focus on local, community-run arts Camp Wavelength embraces the DIY culture of the Toronto arts scene.

Aside from the great music, Camp Wavelength will feature a number of unique activities for festival attendees to take part in including a dancing puppet show, synchronized swimming, live painting, DIY video games, an island treasure hunt, a Bunz Trading Zone table, and interactive art installations.

Single day and Camping, Festival and VIP Room Passes are available to purchase through TicketFly.com and at Rotate This and Soundscapes. Be sure to get your tickets soon!

For more information visit wavelengthmusic.ca and see the full festival schedule below.