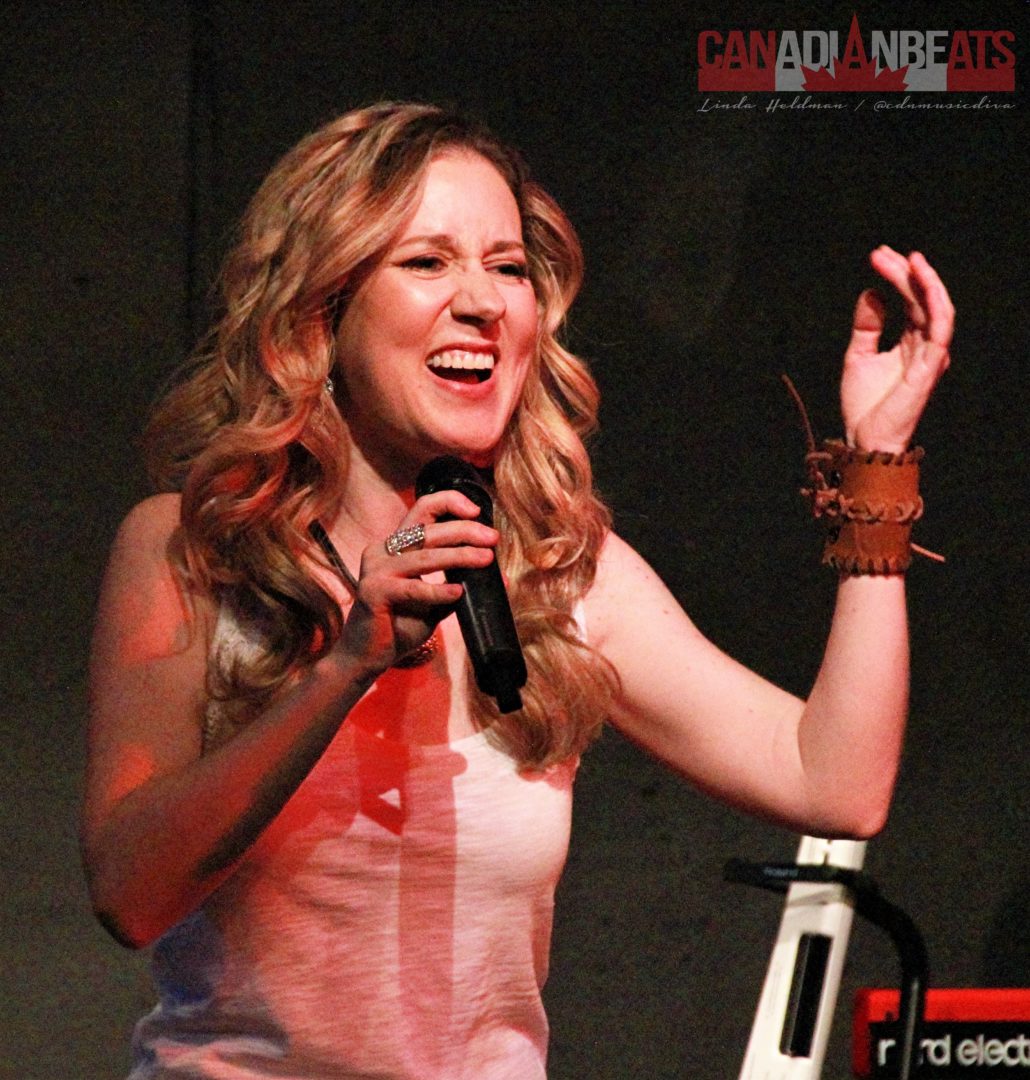 Friday June 24, 2016, Tianna Woods brought her It’s About Country Music and “Then Some” show to the Hamilton Theatre Inc. in Hamilton, Ontario. It was a show that went well beyond expectations. 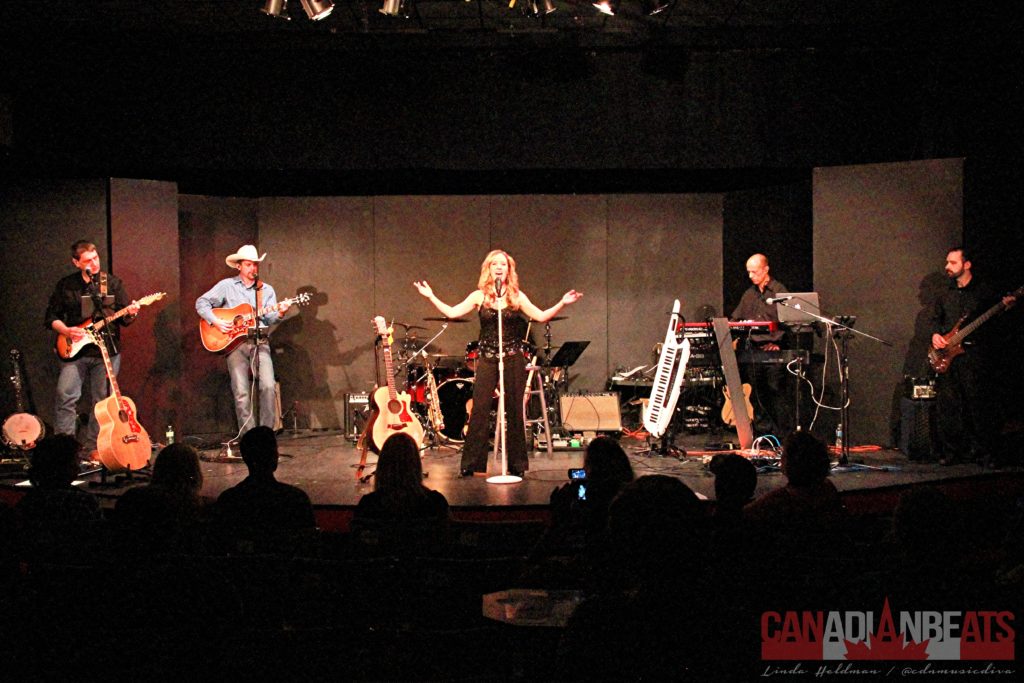 I have known of Tianna Woods for the past few years through the Country Music Association of Ontario (CMAO) She has been nominated for several of their awards in 2015 and 2016. I first got to meet Woods this past March during the CMAO New Faces Showcase West in London, Ontario. This is also where I heard her perform live for the first time. Her set was only 3-songs long. It was a taste of her music and she put all she had into it. She also performed at this year’s CMAO Awards show in May, with the same enthusiasm. 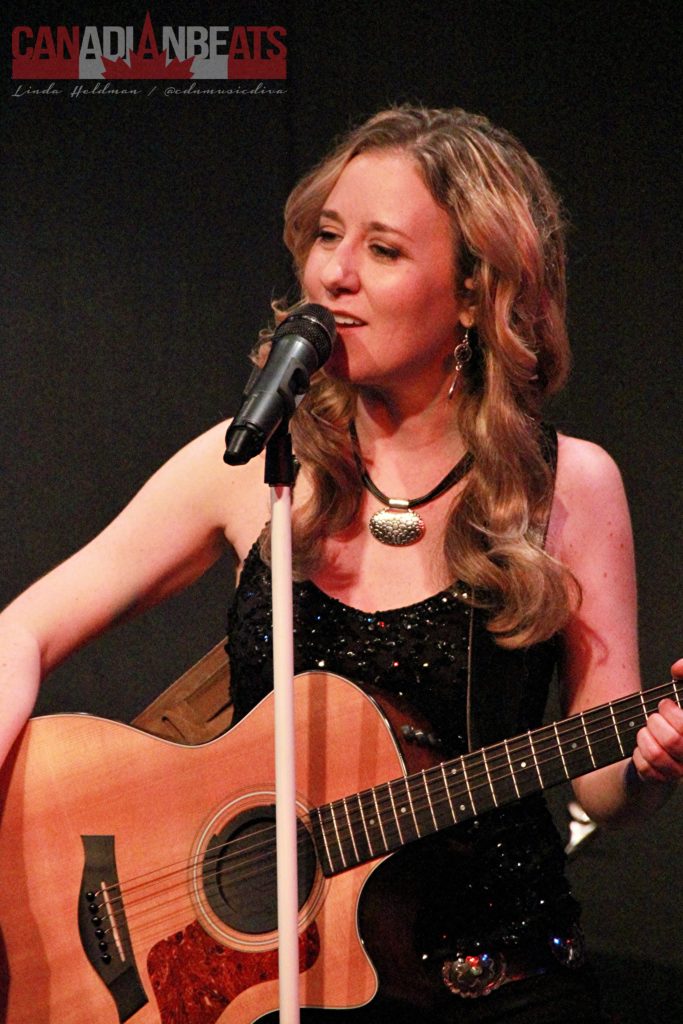 Woods comes from a musical theatre background, having played the leading role of “Anne” in Anne of Green Gables, which toured to Japan, The Mikado and The Music Man, to name a few. She is also a versatile musician, currently able to play seven different instruments. 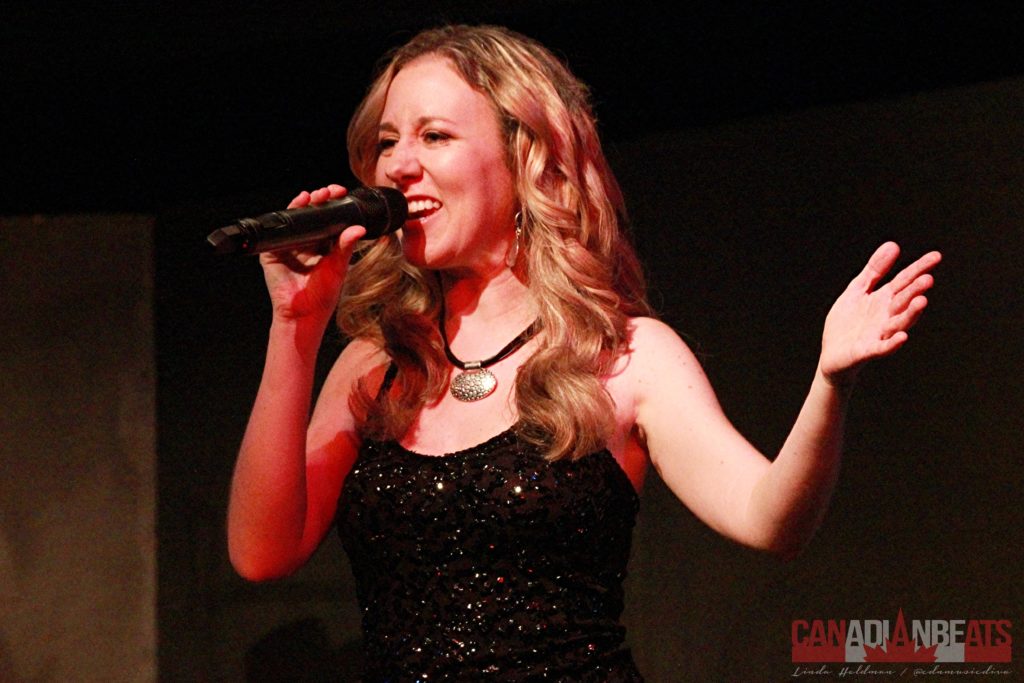 All of Woods talent was evident at her show. She opened her set behind the drum kit and easily moved on to both acoustic and electric guitar, then saxophone and fiddle. All this was just in the first set! This was the It’s About Country Music portion of the evening. About half way through the set, Woods invited up Sam Arraj, former CMAO President and current Board Member, who also MC’d the night. Arraj sat on a stool while Woods serenaded him. It was a touching moment. During a quick costume change, singer/songwriter Michael Warren, who was part of the band for the evening, performed. 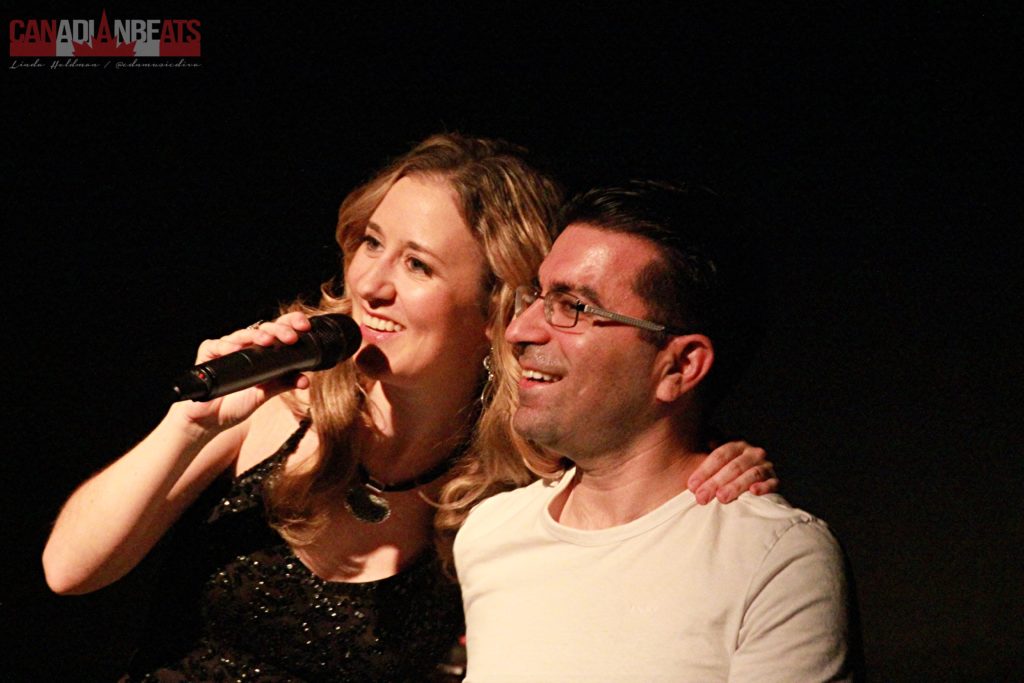 If that had been the show, I could have gone home happy but, there was still more to come. After a brief intermission, Woods came back for the And “Then Some” portion of the evening. This set included everything from a Dan Hill duet, sung by Woods and Warren, to Woods performing the very sentimental Barry Manilow tune, “I Am Your Child”. She even did her own rendition of the Johnny Reid hit, “Fire It Up”. 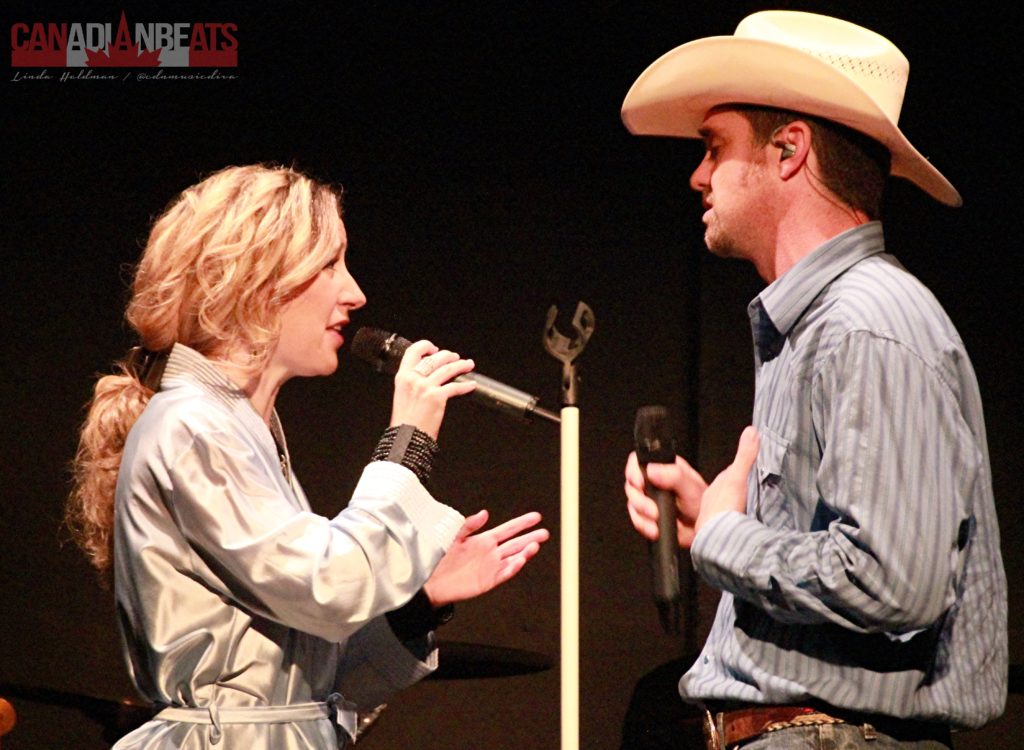 One of the highlights, for me, was her performance of “In The Mood” on saxophone. Another special instrument Woods plays is the North American Flute. She told the story of how she met Charlie Mato-Toyela and wanted to purchase one of his flutes. When the flute was hand-made for her, he offered it as a gift and would not accept payment. Like her other six instruments, she plays this beautifully. 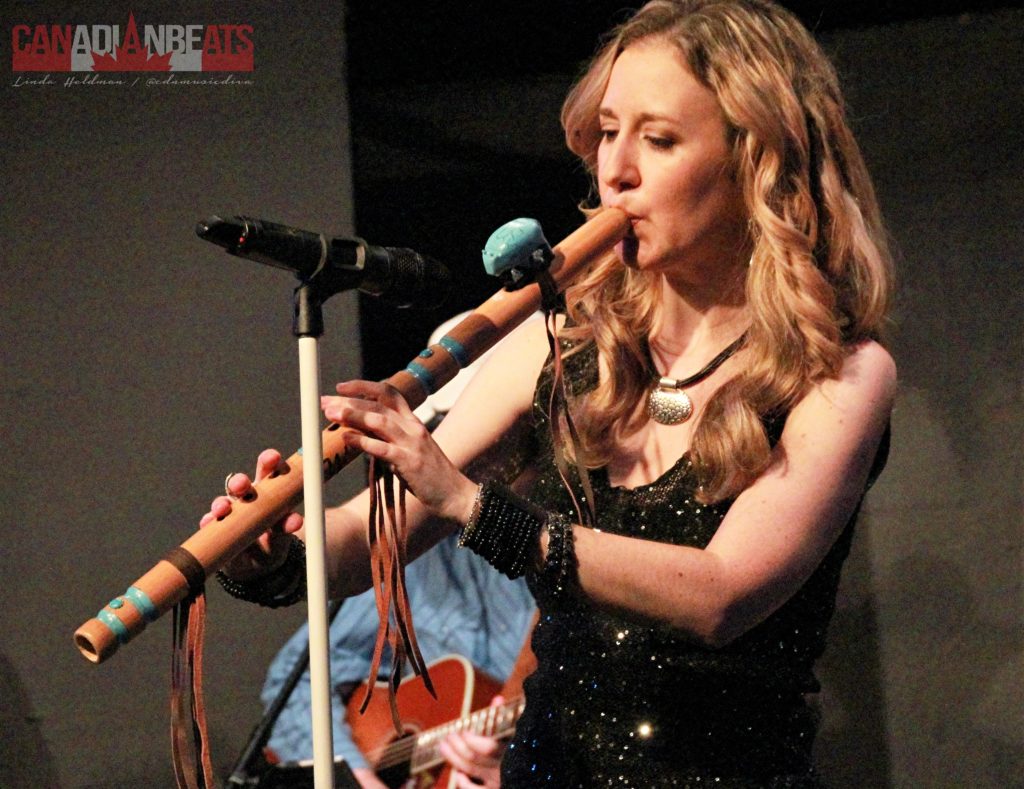 A few more special guests came to the stage. Chase Stevens and Krista Earle, both singer/songwriters in their own right, and Country Music Hall of Fame Inductee, Wendell Ferguson, who had opened the show for Woods, as only he can with his comic whit and phenomenal musical style. 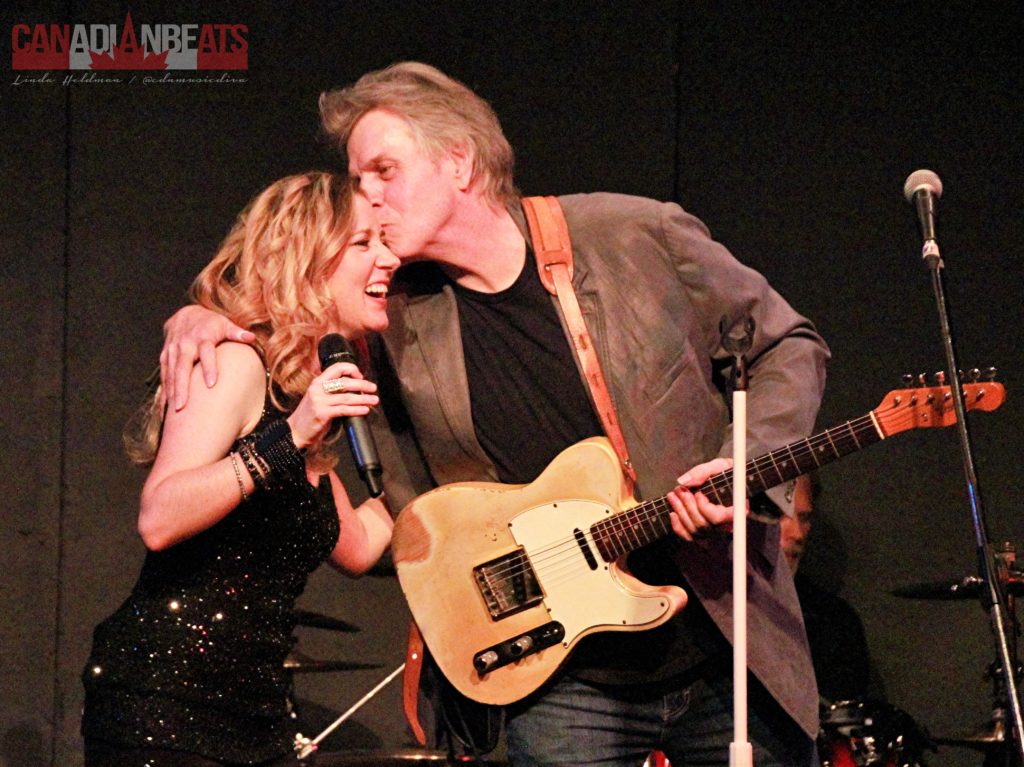 The evening wrapped up with all of Woods special guests joining her on stage for a final song. I was in awe! The passion, energy and talent that exuded from this show has left me excited to see more in the future. If a Tianna Woods show should come to a venue near you, please, spend the money to see her. You will be entertained and “Then Some”. 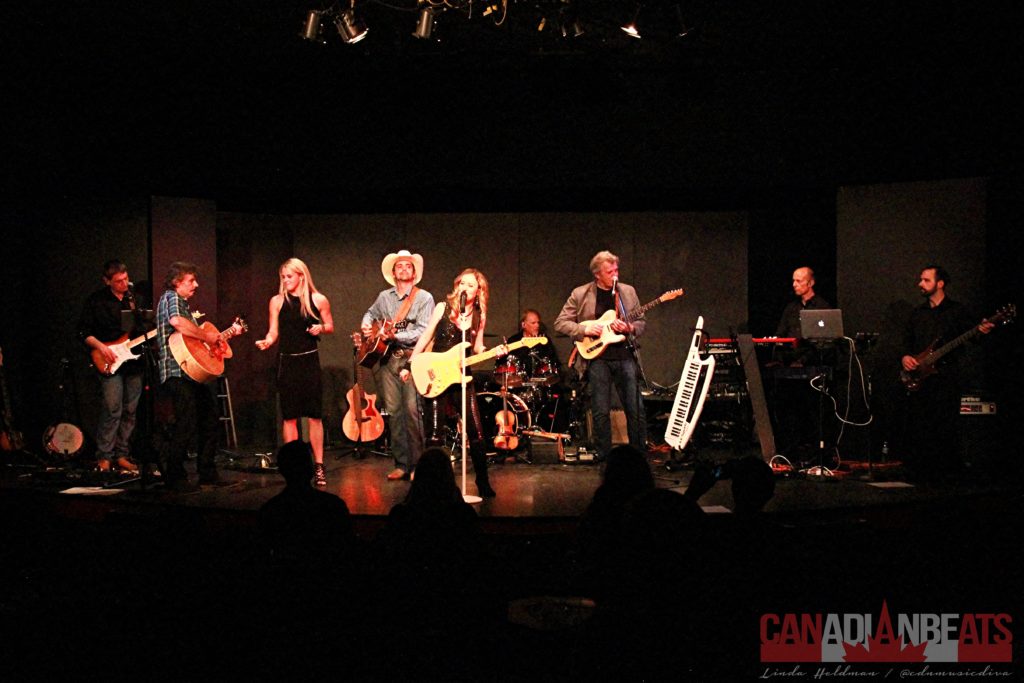