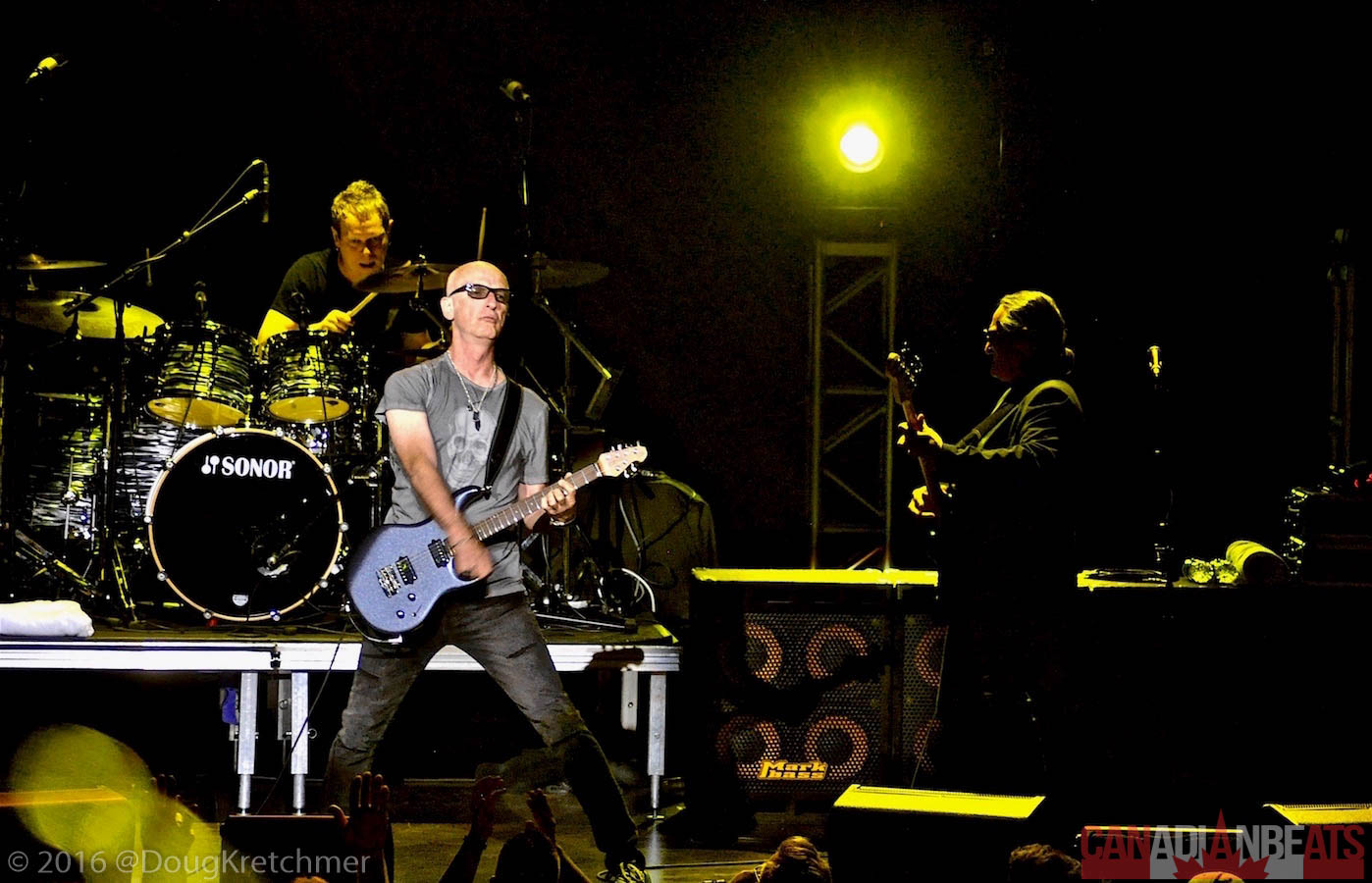 Kim Mitchell and Sass Jordan are two of Canada’s biggest musical icons, and total Canadian Rock Royalty. Bringing their talents to the Casinos of Winnipeg brand new Club Regent Event Centre to show the packed, state of the art venue exactly why they hold those coveted titles. Known for their respective hits, and excellent performing both artists served up over two and a half solid hours of pure classic rock and non-stop music.

Jordan hit the Club Regent Event Centre stage and got the crowd on their feet and ready for one rocking party and an evening of great music. “Winnipeg, we came here to ROCK!” Jordan exclaimed. Dawning her new purple highlights in contrast with her signature blonde hair, jeans, combat boots, and a Led Zeppelin tee, Jordan looked energetic and enthusiastic. What impressed me even more, was how fantastic Jordan sounded during her entire set. Not that I expected Jordan to sound anything less than exceptional, but the power that woman stacks behind every single note completely blew me away. From the first notes of “If You’re Gonna Love Me” to the closing rift of “So Hard,” Jordan’s set was tight and she sounded as if she just walked out of a recording session of 1992’s Racine, to the stage of the Club Regent Event Centre. You could tell how much Jordan loves being on stage. Telling jokes, interacting with her audience, and getting them ready for the main event; “Winnipeg, are you guys excited to see Mr. Kim Mitchell? It’s going to be a great night, he will have you thinking you’re all on patios and sh*t!” Jordan joked. Jordan made sure that she threw all of her biggest hits into her 50 minute set, including; “’Who Do You Think You Are,” “You Don’t Have To Remind Me,” “The Feeling’s Gone,” “Stop Draggin’ My Heart Around,” “Damaged,” “High Road Easy,” and “Make You a Believer.” 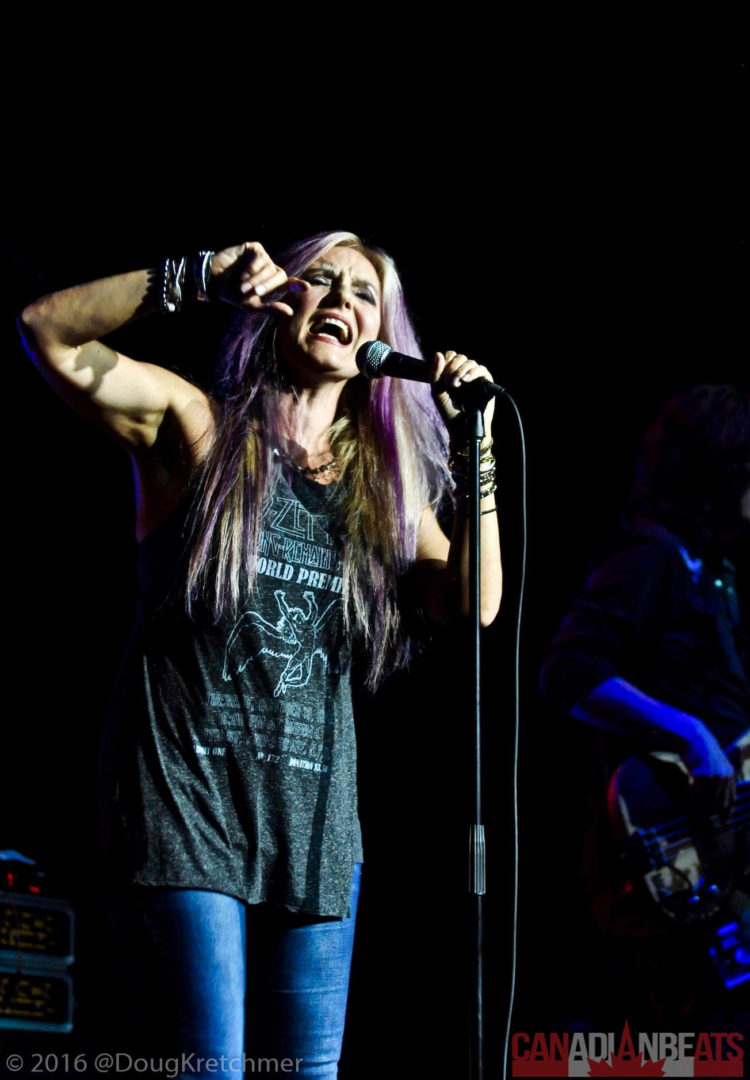 Mitchell followed Jordan with high octane guitar-slinging, and non-stop performing for over 90 minutes of full-on rocking. The audience was on their feet and loving every single minute that Mitchell graced the stage. “You guys have one swanky venue here.” Mitchell exclaimed referring to the newly constructed Club Regent Event Centre. “Seriously, I am going to have to complain more back in Toronto to get something like this.” Backed by his talented band; Peter Fredette (Bass and Vocals), David Langguth (Drums), and Ray Coburn (Keyboards), Mitchell took the sold-out audience on a musical journey from the days with Max Webster to some of his most recent releases.

Kicking the night off with “Lager & Ale” from Mitchell’s 1984 debut solo album Akimbo Alogo, Mitchell appeared in top form and continued to slay tune after tune, keeping the audience on their feet and waving their hands in the air. Wearing some classic Converse “Chucks,” jeans, and a grey tee Mitchell looked happy, healthy, and ready to rock all night long. With handfuls of hits, multiple gold and platinum selling albums both as a solo artist and as part of Max Webster, Mitchell didn’t hit the stage without plenty of musical ammunition. Mitchell interacted and joked with his audience consistently throughout the night; “You guys are an awesome audience tonight! We played Regina last night, you know the town that rhymes with fun, and they were not as great as you are tonightWinnipeg!”

Mitchell took the time to show off the talent each band member had. With Langguth’s heavy and intense drum solos, to joking about Coburn and his requirement to have to microphones, Mitchell was on stage having a blast with his band. Fredette who has been working with Mitchell for 34 solid rocking years even took the vocal lead on the 1984 classic, “That’s a Man.” “I had such a hard time hitting those higher notes, and he says (pointing to Fredette) “Well let me give it a try.” So I let him. Well f*ck me can he ever sing!” Mitchell explained after Fredette’s impressive solo. It is clear Mitchell surrounds himself with humble, like minded, and talented individuals.

What I absolutely loved about Mitchell’s performance was the passion, and emotion he poured into each song. Watching Mitchell belt out lyrics, or play the heck out of his guitar is almost spiritual. You see a man, an artist in the zone and loving every second. I am positive Mitchell could have gone on for hours on end playing everything he knew. When it came time to blast off the big guns, Mitchell and his band blew the roof off with a hot and rocking version the party rock anthem “Go For Soda” which left everyone on their feet and belting out the lyrics right along with Mitchell. Mitchell closed his set with an encore performance consisting of his mega-hit, “Patio Lanterns.”

Mitchell and Jordan are true rock artists who have combined multiple hits, awards, and amassed massive amounts of true and devoted fans. Catch both of these artists on tour this summer. Both Mitchell and Jordan have a decent amount summer dates booked, keeping them busy well into fall 2016. 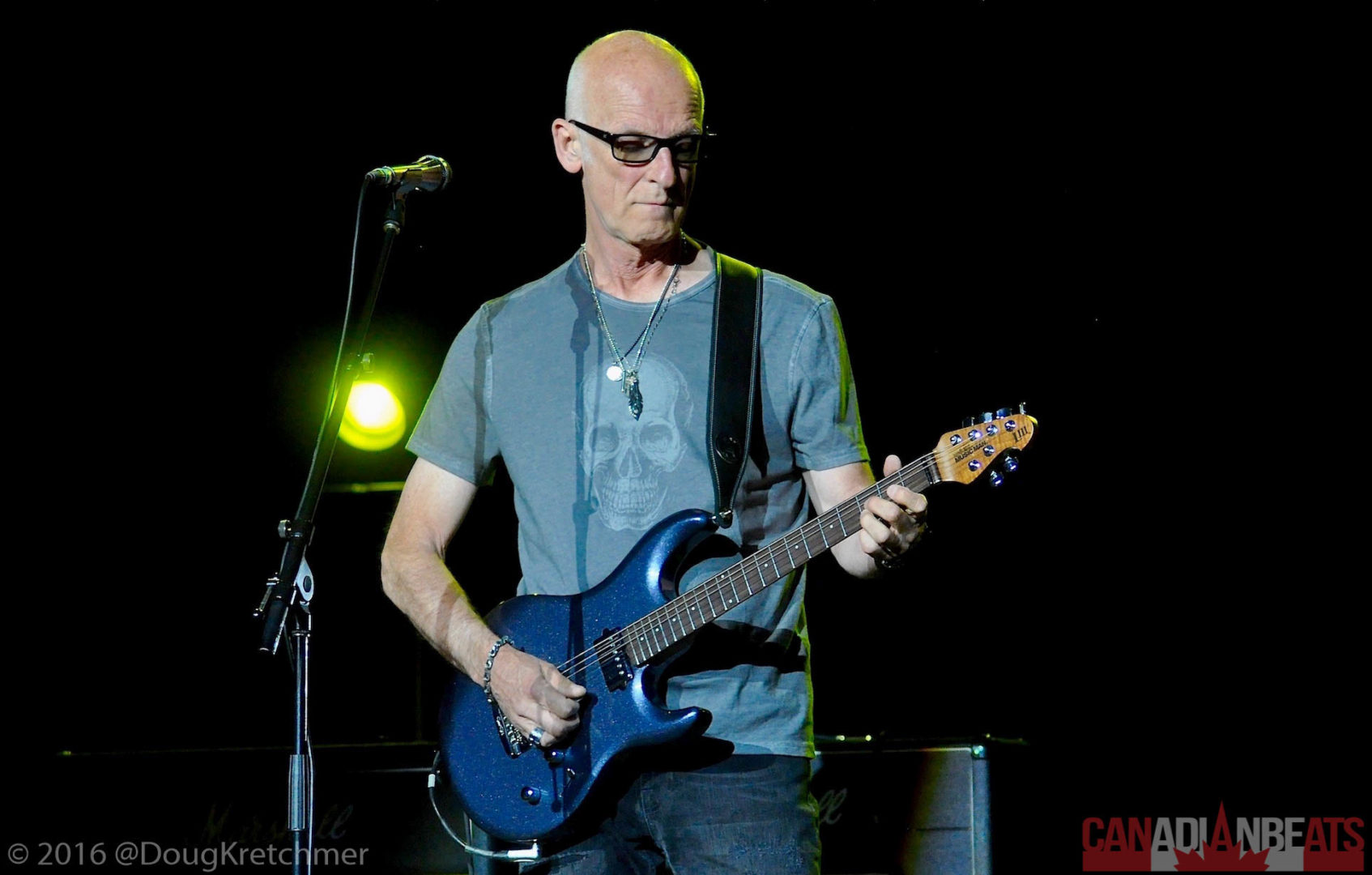 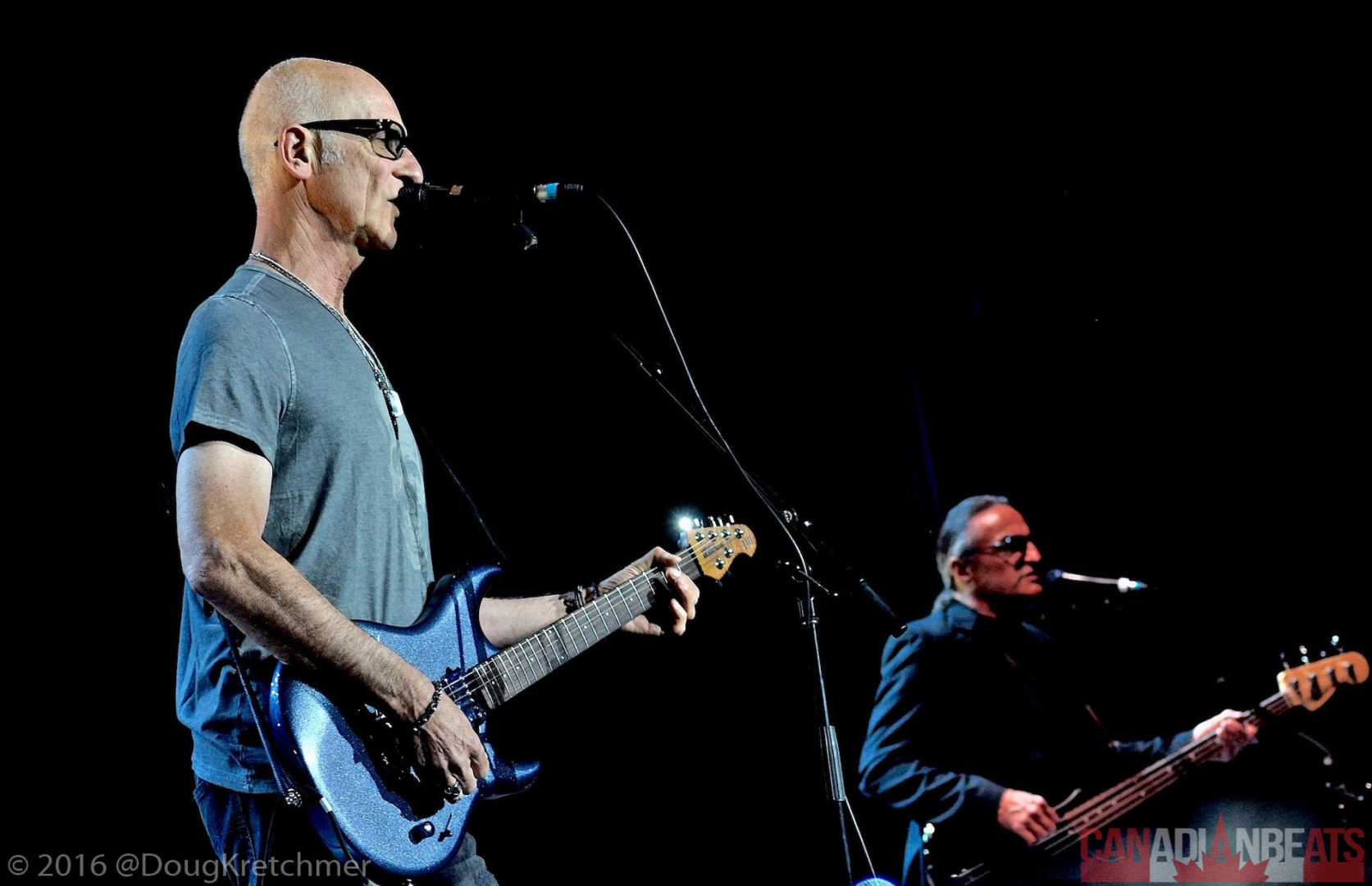 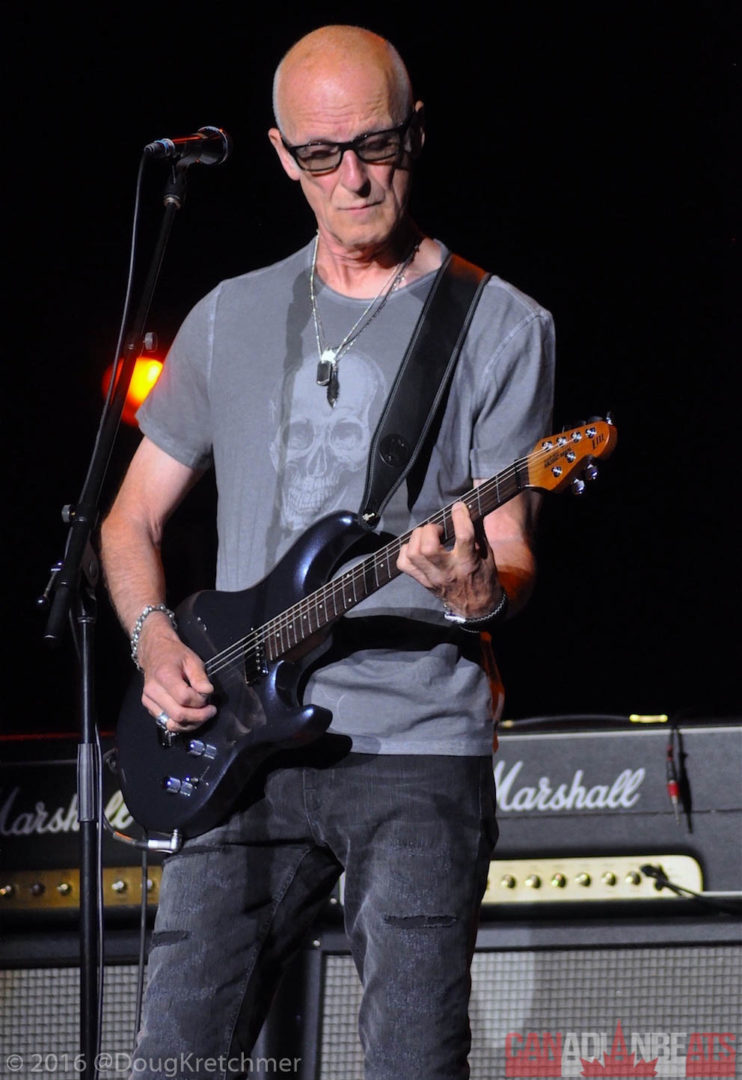