By Remington Fioraso on June 29, 2016@https://twitter.com/RemingtonFD 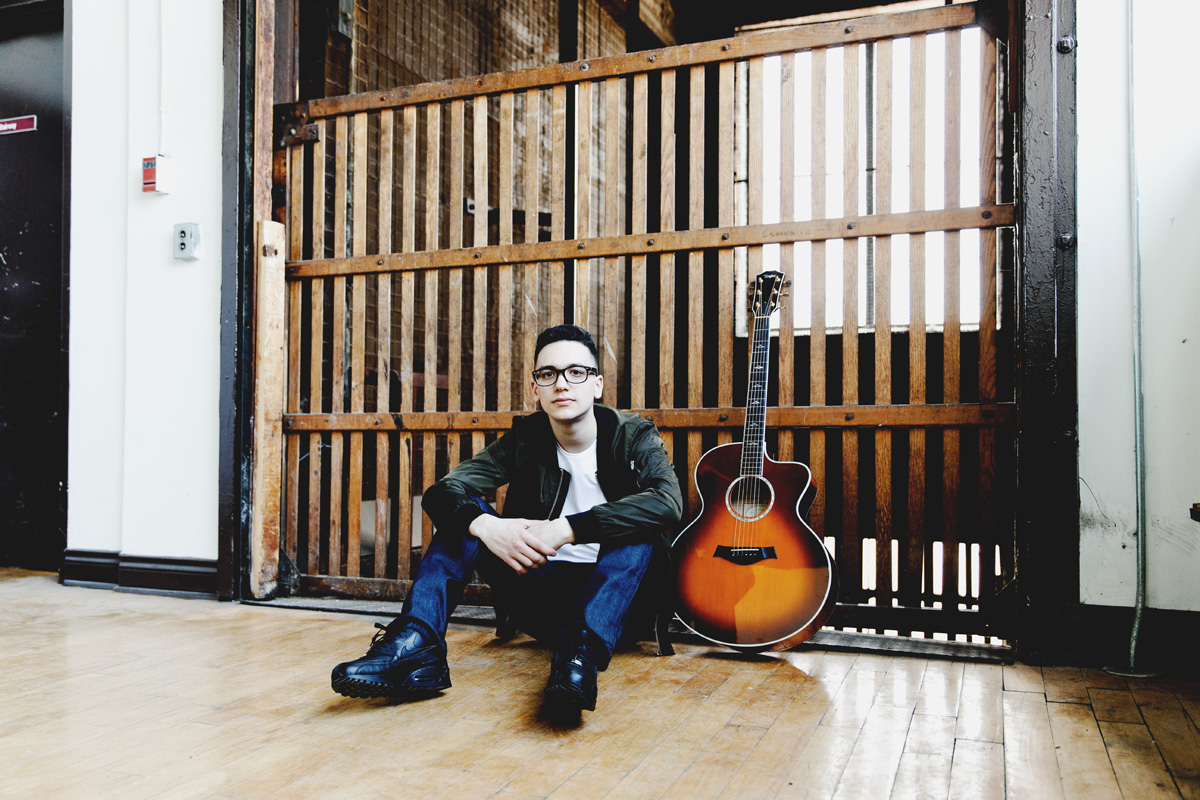 Toronto’s Lucas DiPasquale spoke with us in anticipation of the release of his new track “Pager” from his upcoming debut album.  Continue reading to find out more about the singer, “Pager” and his upcoming album.

My name is Lucas DiPasquale and I’m a 21 year old musician from Toronto.

I draw from a lot of different places for both music and the rest of my life, but I’d say my biggest musical influences are songwriters that I listen to – Andre 3000, Dallas Green, John Mayer, Chance the Rapper, Justin Vernon. There’s way too many more. I look up to people who can write good music in any style. I want to be like those people.

I started playing cover songs on the guitar in high school, and started writing music in first year university. I’ve always wanted to be a musician though.

Can you tell us more about your new track “Pager?”  Whom, or what, inspired the track?

Pager was one of the first songs I wrote that I showed to my friends and family. I made most of it in first year. I wanted to express how I felt about meeting so many new people, both at school and in the pursuit of a music career, which had just started. Some people make you want to be better because you admire the way they go about their life and some people will have the same effect on you for very different reasons. I just wanted to sing something that would remind me to stay focused on what matters in my life – taking care of your own, spending time with people you enjoy, and striving for excellence.

Pretty good! The music video is doing well and we’ve reached over 100,000 plays on Spotify. My friends and family are giving me good reviews. We’ll see what happens. Regardless of its success it is incredible to have something I wrote in my dorm room out and in the world.

How is the progress on your debut album coming along so far?  Is there an anticipated date for when the release will be announced?

It’s in its late stages, but not finished yet. I’ll get to work with some more producers in the next couple of months. Expect new music later this year.

How does it feel to go from being a student at Ryerson to releasing your debut album?  Did your studies influence your music?

Surreal. I guess that’s how this is supposed to feel. Really humbling too. There are so many talented musicians on campus that are deserving of such faith and opportunity so to have a group of professionals want to work to get your music out is a real blessing. I studied radio and television arts so I didn’t really learn any material that’s ended up in lyrics, but I learned a bunch about Pro Tools, Photoshop and Premiere. That’s helped me so much and I was only there for a year.

At Canadian Beats, we like to allocate a section of the interview of questions that will allow fans to get to know you a bit more

K-OS, Drake, Kardi, City and Colour, July Talk, PND. Lots more. There’s also a scary amount of very talented music makers like Kaytranada, BBNG, Boi1da, etc that make Canada a great place to go to make your music. I really like it that I’m from here.

What was the first show you attended as a fan?

Ed Sheeran in Toronto. That made me want to do what I’m doing now.

I play basketball, I’m into video games, I watch different TV shows and all that stuff. Normal young person stuff. I’m getting a lot better at cooking and it’s becoming way more fun.

What is your favourite mobile app?

I have a tattoo on the inside of my arm that says “hokey bald – headed!”

I love you and thank you for letting me sing all day as a job.