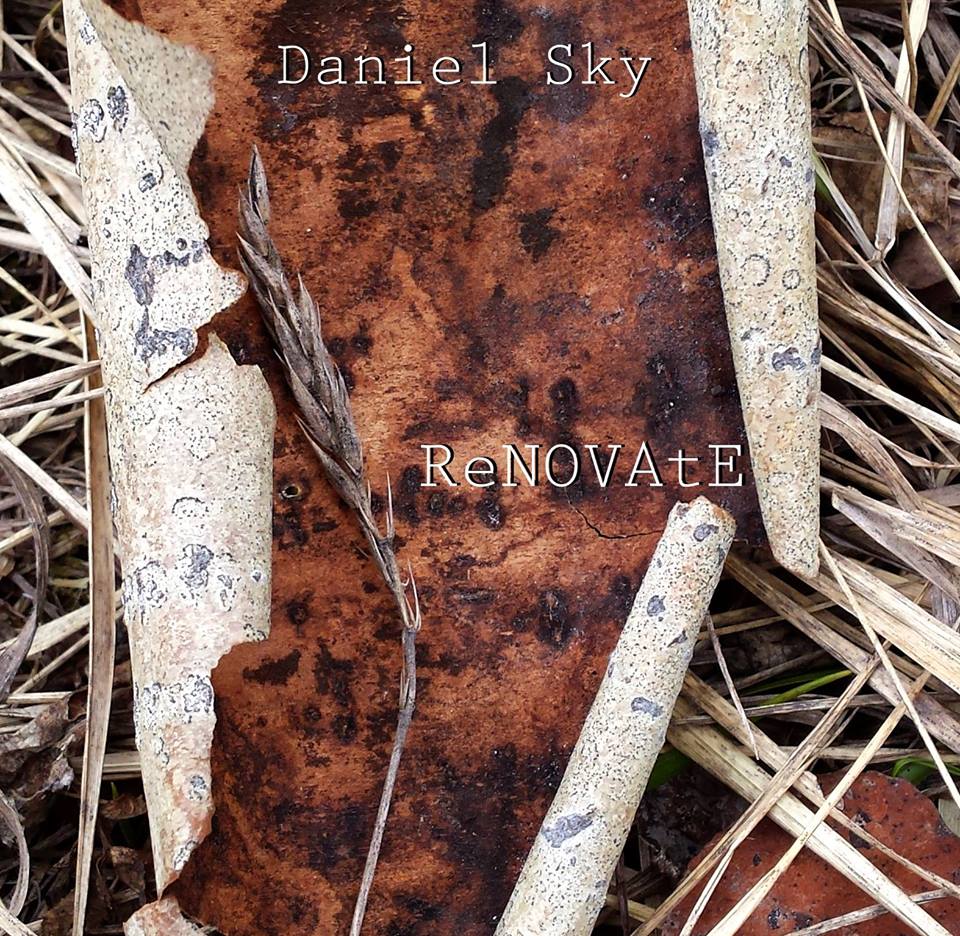 Winnipeg native, Daniel Sky, who now resides in Toronto, has recently released his third album.  However, Renovate has been marinating on the shelf for quite some time.  It was originally intended to be released two years ago, but was put on hold as Sky underwent surgery on his vocal chords.  According to Sky, this forced hiatus gave him time to rework and renovate both himself and the nine songs that made the cut on the album.

Lovely acoustic melodies are supported by rich, smooth bass lines and laid-back drum beats in the stylings of Sam Roberts.  Sky’s methodology varies greatly on the album.  Tracks range from the mildly twangy opening songs, “For Now” and “Ain’t The Same”, to the upbeat and lively “Carried Me Away”.  Elements of dark funk in “Spinning Wheel Round” and jazz (“December’s Waning Moon”) round out the vast soundscape to create a sound that refuses to conform to a specific mold.

The most impactful musical statement on the album is the retrospective track, “Maureen’s Song”, where lyrics and layered, 50’s-sounding melodies marry together to create a stunning masterpiece that seems to be borrowed from decades past.

Renovate provides the audience with just the right mix of flavours to keep the album listening experience interesting and unpredictable.  Hop over to his Bandcamp page to download your own personal copy today!