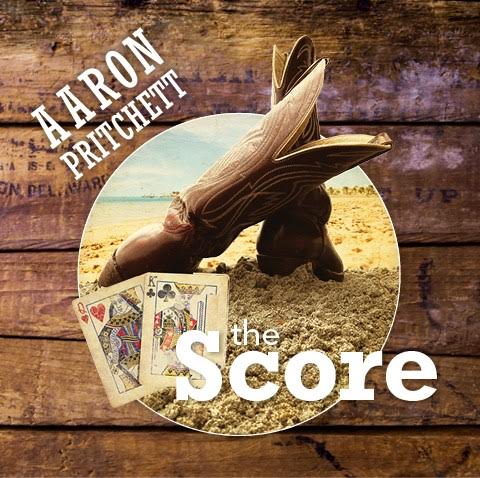 Aaron Pritchett has garnered multiple Juno and Canadian Country Music Association (CCMA) nominations and wins over the last 12 years. He’s known for his high energy on stage and his one-on-one connection with his fans. Pritchett has put the same energy into his latest album The Score. This eighth studio-released album has eight songs that are all outstanding.

Pritchett has this to say about his latest album:

“The Score is my pride and joy. It’s my baby that I love so much. A “score” is 20 years and it just so happens that I recorded my first album and released my first single to radio 20 years ago. What better way to celebrate a milestone than to release my eighth full-length album? It’s filled with songs that I am extremely proud of including my first top ten hit in almost eight years with “Dirt Road In ’Em” and the first time a single of mine has been the #1 Canadian in over ten years! My newest single, called “Out Of The Blue” is destined to be a summer anthem that, with any luck, will be sung at all the festivals and fairs at full volume by all the amazing fans. Every song on The Score is a potential release to radio and so far it’s off to a great start!”

There was no better way for Pritchett to kick off his new single and new album than to open two shows in Saskatoon for Garth Brooks and Trisha Yearwood during the second weekend in June. He was beyond thrilled to be personally invited to perform by Garth himself during a radio interview in May. After all, Pritchett models his energy on stage and his “entertainment” effort of all his shows after Garth. Brooks is credited as one of Pritchett’s biggest on stage inspirations.

“Dirt Road In ’Em” is the first release from The Score and what a fabulous song it is. It’s the return to what country music should be. It’s the song that makes everyone want to hear more of what Pritchett has to offer on this album.

Pritchett’s second release “Out Of The Blue” is also out to Canadian country music stations on June 24. It’s an upbeat tune and the sound of reggae can be heard throughout. It’s a fun song, perfect for summer listening and dancing.

I think that Aaron Pritchett has “scored” big with this album. It’s full of love songs, upbeat feel good songs, summertime songs. From the first track “VW Bus” to the final track “All Night Baby,” when you listen to The Score, as the lyrics in “Love On” say, you will “lose all track of time.” Pritchett is the “sunshine on my skin” with this album.