By Lindsay Newman on June 24, 2016@https://twitter.com/lindsaynewman_ 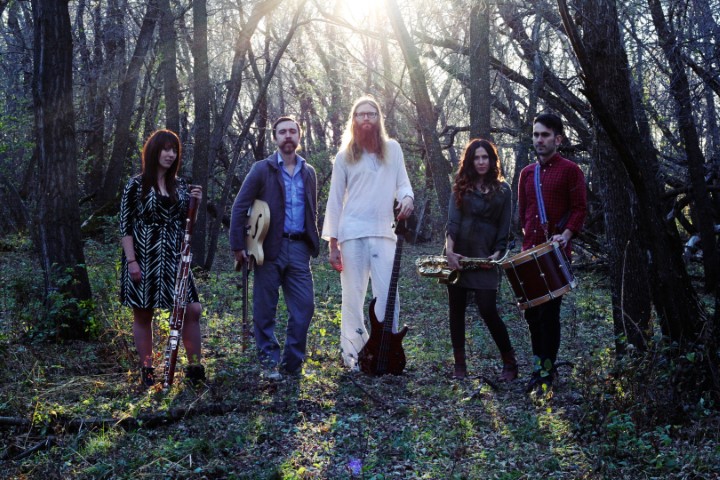 Minor Matter is a folk band from Saskatoon, Saskachewan. The band released a 5 song EP back in 2013 and they are back with a new album, which was released on June 17, 2016.  Keep up to date with the band by checking out this interview.

Who are some of your major influences with your music?

Jeffrey – Mirah heavily influenced me with her experimentalism, The Delgados with their diversity and honest sound, Patrick Watson with his enchanting ambiance and vivid musicality, and Our Lady Peace for having been my very first major band influence in my CD library lasting my first few years of listening.

What made you want to get into the music scene?

Jeffrey – My interest in creating new music started around the same time that I began going to see live music more regularly to see various indie bands, mostly. There were so many inspiring performances that came through town, notably Owen Pallett with shadow puppetry. I saw performing as a positive challenge, as well as a way to share an expression. It took a while before I was able to start performing my material on my own, because it required either complex looping with an elaborate set-up of at least six instruments for a set, or the addition of other members. Of course, adding band members is really what launched the project into the performance world.

What was the reaction like for your 5 –song- EP that you released in 2013?

Jon – Reaction was really positive within our local networks, but we had limited resources to distribute it to a broader audience, so it hasn’t really expanded beyond Saskatchewan. It did open doors for performance opportunities we otherwise wouldn’t have had which was great.

What was the writing process like for the new album coming out in June?

Jeffrey – All of the music started with a musical form on guitar with lyric, both created by me. Some of the music was completed before bringing to the band, and was altered to fit with what we have, and some of it was mostly finished, to be finished by the members of band collaboratively. A lot of the music is somewhat abstract as I let my imagination guide me to melodies and chord structures. The lyrics as sometimes abstract as well, with one of our songs using what I call ‘dream logic.’ The music was all written with a goal of become something dynamic in as many ways as possible without crossing the line of our own tastes.

What can fans expect from the new album?

Jeffrey – We arranged the album to include two ‘sides,’ in which the first half is more ambient, suited for church acoustics, mostly darker emotively. The second side has more of a summery feel, with more lightness of heart, and some funky high energy grooves to round it off at the end.

Now that the album is released should fans be expecting and tours across Canada?

Jeffrey – Shortly after the release, we are starting tour. Our first date is in Edmonton, on June 28th. We will be making stops for two weeks on the way to Vancouver and back.

Here at Canadian Beats we like to feature questions that help fans get to know you better:

What is the best and worst thing about being on tour?

Jeffrey – Best thing, is that it feels like an adventure: meeting new friends, learning about the places we go, and especially exploring. Worst thing is having to sit in a car for extended periods of time in unexpected road situations.

If you could play with someone alive or dead who would it be?

Jeffrey – If I were to pick one person to play with, I would choose Björk. She seems to be creatively fearless, and extremely capable in terms of achieving a vision. From what I understand, she is creating her work as more of a true art form than most others. I imagine it would be quite an influential meeting.

What are some plans the band has for the summer?

Jeffrey – After the tour, we plan to get back into the swing of developing some new material. We have a few tracks in the works, but they need a bit more refining still. There are some experimental ideas that we really have to flesh out to make them possible in a live setting.

What would you like to achieve by the end of 2016?

Where can you see yourself in 5 years?

Jeffrey – I would like to be able to be touring Europe, having done at least a couple across Canada by then. Two more albums in that time span would also be in the vision. We plan to implement a more visually interactive live concert, so will definitely have that going on by then.

Is there anything you would like to add or say to your fans?

Jeffrey – For anyone coming to our shows, please come say hello!