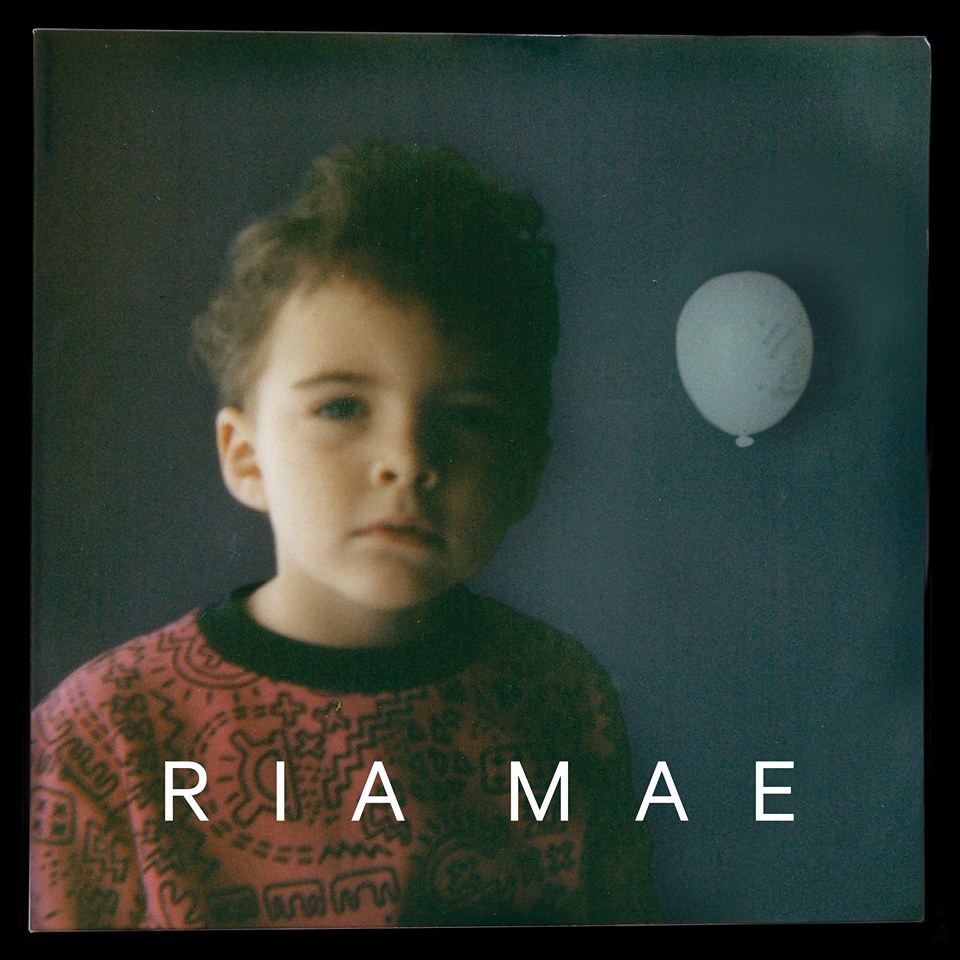 Ria Mae’s new self-titled album, Ria Mae, plays out as a long cool burn, Michael J. Fox asking Doc if, after touching the time travelling DeLorean covered in ice, if it is hot.  Intensely personal and coyly aloof, Ria Mae lyrically performs personal vivisection while musically watching it all go down leaning into a darkened corner of an illegal underground dance club.

The album displays many sides to the Halifax born, Montreal-based singer songwriter’s personality and musical depth.   While the album is intensely emotional it is also listener accessible, as the leadoff single “Clothes Off” proved, being nominated at the 2016 Juno Awards for “Single of the Year” and quickly approaching Platinum sales certification in Canada.  A cool dance groove with a sly beat, “Clothes Off” is a good sound microcosm for the album, straight ahead, honest lyrics with a laid back, but focused, pulse.

The album opens with “Wherever We Go” a gentle electronic bass beat accompanying a clear acoustic guitar.  Vocally, there is the phrasing of a hoody-wearing Sarah McLachlan, a tinge of the Celtic / East Coast influence Loreena McKennitt, and a subtle edge of Sinead O’Connor.  “Wherever We Go” is a fantastic blend of well-placed acoustic, electric, and digital sounds arranged to play with the song’s pace as needed, layering to add intensity and build the emotionality the tune.  “If You Don’t Love Me”, “I Don’t Want To Know” and  “Thoughts On Fire” sound like songs a present-day early Sarah McLachlan would write if she skateboarded.

“Thoughts on Fire”, a song about perseverance and following one’s dreams, has a guest appearance by Classified rhyming about starting from nothing and working his way up the music industry.  Classified delivers on-point on a tune which listeners, compared to other songs on the album, would not expect a rap section.  Ria Mae and Classified take successful musical chances and make great musical choices.

Canadian hip-hop legend Classified takes the production helm on Ria Mae, giving it the overall polished aural aesthetic with leaden-laid grooves.  As a team, Ria Mae and Classified complement each other’s sounds, Classified knowing when to set-up an approach with a  fill or effect to highlight the power of Ria Mae’s lyrics.

“Girlfriend” has a 80s vocal hook mixed with an edged, street swagger delivery.  Lyrically raw and straight ahead, while hitting complex ideas, listeners will feel Ria Mae’s intense determination when she is focused on an emotional target.  In contrast, “You and Me” is the solo acoustic song on the album, allowing the vocal line to soar over a simply placed acoustic guitar.  Here is Sinead O’Connor playing in a low lit jazz club to a small, attentive, appreciating audience.

The closer “Gold”, and her latest single, hits all the key elements of well-arranged, groovy, dance influenced tune.  The format obviously resonates with listeners as “Gold” has had 1 million streams worldwide.   Being streamed over 6.5 million times across all platforms,  and being named a 2016 Spotify “Spotlight Artist”, Ria Mae is creating herself to be the next Canadian musical phenomenon to conquer commercial radio with her smartly crafted, catchy, artistically street-cred, material.