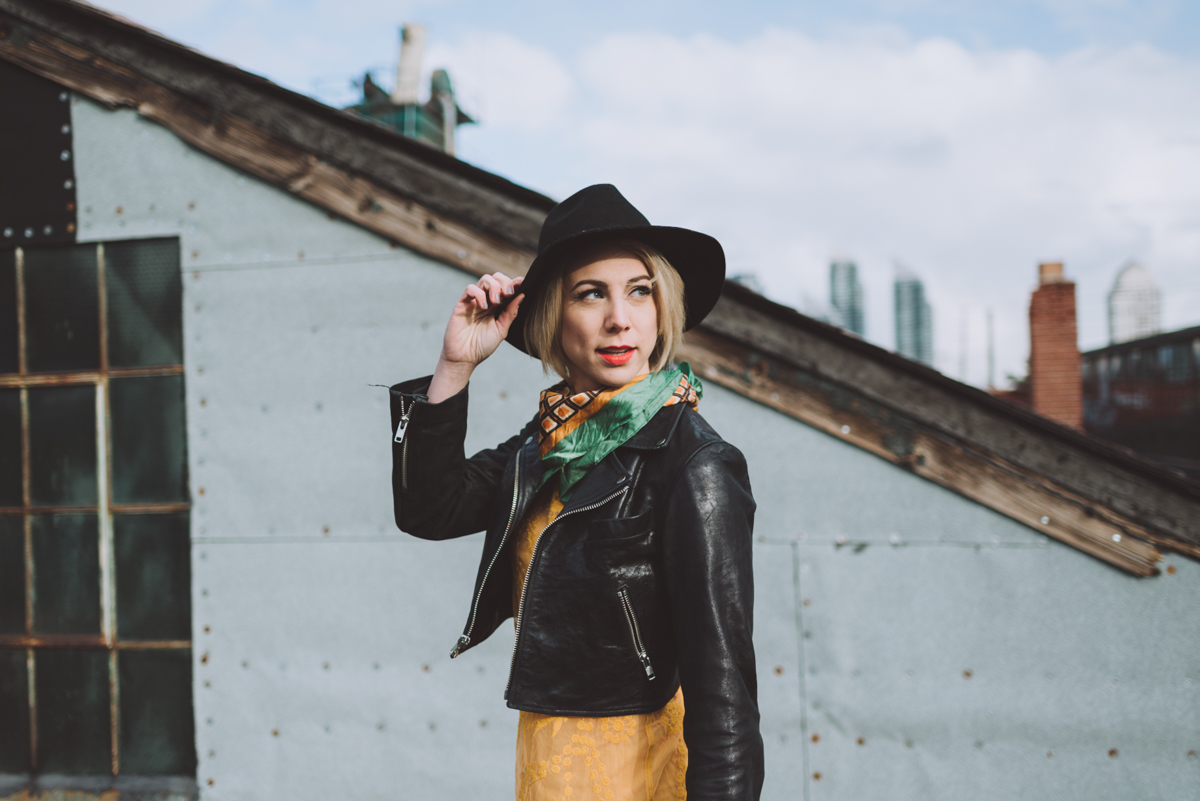 Laura Tremblay is a Toronto based singer/songwriter and actress. Her new album Lived It Well will be released on June 24th and followed by a slew of tour dates in Ontario, British Columbia, and Alberta. We had the chance to ask Tremblay a few questions about her new album, writing process, and more in this interview. Also, we’re happy to present her video for “Take Over”, which will be officially released on Friday, June 24th, but you can see it here now!

First of all, would you like to introduce yourself to our readers who may not be familiar with your work?

Hi readers! I am Laura Tremblay and I am originally from the small rural Ontario town of Midland, ON who made the move to Toronto 5 years ago to chase my crazy dream of being an entertainer. I have been very lucky in my career thus far to be involved in many musicals (Evil Dead: The Musical), films (The Cocksure Lads; Ben-Hur (2016) and television shows (The Expanse, Paranormal Witness), and have just recently started heavily pursuing a career in music. Singing has always been my number one passion since I was a child and with the help of Murray Foster, from Great Big Sea/Moxy Fruvous fame and IndieCan Records, I have had the opportunity to write, record, and distribute my first full-length album!

You are just about ready to release Lived It Well, can you tell us a bit more about the album?

I like to describe the album as being a collection of different sounds and emotions that I have built up over the course of my life. The songs (8 written by me) really reflect my eclectic taste in music, as the record does not fit into one specific genre. There is a song for every listener, as we touch pop, country, folk and even a little funk. I am lucky enough to have an extremely talented backup singer/ guitar player who wrote 4 songs on the album. Having both of our songs intertwined on the album definitely makes for an interesting listening session.

My process is a little bit all over the place. Sometimes its as easy as thinking “I want to write a song about this subject” and an hour later I will have it done. Other times I will be inspired by something someone says or a line I read in a book and come up with a melody in my head and work around that. I find a lot of my songs stem from experiences I go through in my life including love, loss, and depression. I also find that being an actor and screenwriter, I can easily create stories in my mind that may have never happened to me and write a song based around that story. There really isn’t one process, I just let the words and melodies flow out of me as I feel them.

Do you have any early favourites off the album?

It’s really great to see how far the songs have come with Murray Foster on as producer and arranger. They have grown into these wonderful entities that I never thought they could when first writing them, before bringing them to the band. My favorites would be Cure, Good Man and Misty Mountain, which was written by Kashka Ironside and I knew immediately that that song would forever hold a special place in my heart.

What were some of the inspirations behind the songs?

So many inspirations on this record but I’ll break a few down for you specifically:

Lived It Well, the title track of the album, is a song I wrote about my sister and her ongoing battle with depression. Growing up with her and watching her go through so much and coming out on top of it was such a beautiful experience and I wanted to write a song for her to commend her on her bravery. I also hope that this song will resonate with those living with mental illness.

Good Man, All I Need & Take Over are all songs written about my fiancee, Andrew McGillivray (who also appears on the record as co-writer on the song Sink or Swim). He really inspires me every day to be the best version of myself and I have been in so many toxic relationships that finding him has really taught me that true love and support does exist.

Speaking of toxic relationships, the songs Cure and Deal With You were written about a past relationship that was extremely toxic. I am grateful to have had that experience though, as it helped me create something wonderful. No regrets here.

You have a number of tour dates across Canada coming up this month and in July, what can your fans expect from your live performances?

Our fans are used to seeing a full 6 man band on stage with lots of sounds and energy. We are changing things up for this tour and there will only be 2 of us (Kashka Ironside and myself), doing a little acoustic thing across Canada. The energy will still be there, it will just be a much more intimate experience than our regular rock shows. It also gives me a chance to play lots of guitar and percussion, which rarely happens with the full band in tow.

You’re doing the Artist on Board program with VIA Rail between July 9th and 13th, how are those performances going to differ from your usual performances?

We are gearing up to release the music video for my single Take Over, as well as travel to my hometown of Midland, ON for our official CD Release party. We hit the road soon after that for our west coast tour, and when we return we have an Eastern Ontario/Canada tour in the works, as well as the Folk Music Ontario conference to attend.

At Canadian Beats we like to ask a few fun questions so our readers and your fans can get to know you a bit better:

Great question! I suppose my list would be something like this: Metric, Hannah Georgas, The Arkells, Jadea Kelly, Arcade Fire, Bahamas, City and Colour and maybe a Rankin Family reunion just to throw some beautiful east coast country in the mix 😉

I am very lucky to live in Toronto and have access to the amazing Toronto islands. I like to rent a bike, pack some craft beers, and bike around the island, stopping as I see fit at a beach or to take some photos.

Are there any Canadian bands or artists that you would recommend to your fans?

As previously mentioned, I am super in love with Hannah Georgas and Jadea Kelly right now. Check them out!

I used to be a kindergarten teacher!

If you had a chance to interview someone you looked up to, who would it be and what would be your first question?

I would love to interview Alanis Morisette. I would ask her about the process of writing Jagged Little Pill, as it is such an iconic album for people everywhere, even to this day.

Thank you for your continued support! This dream would not be attainable without you.