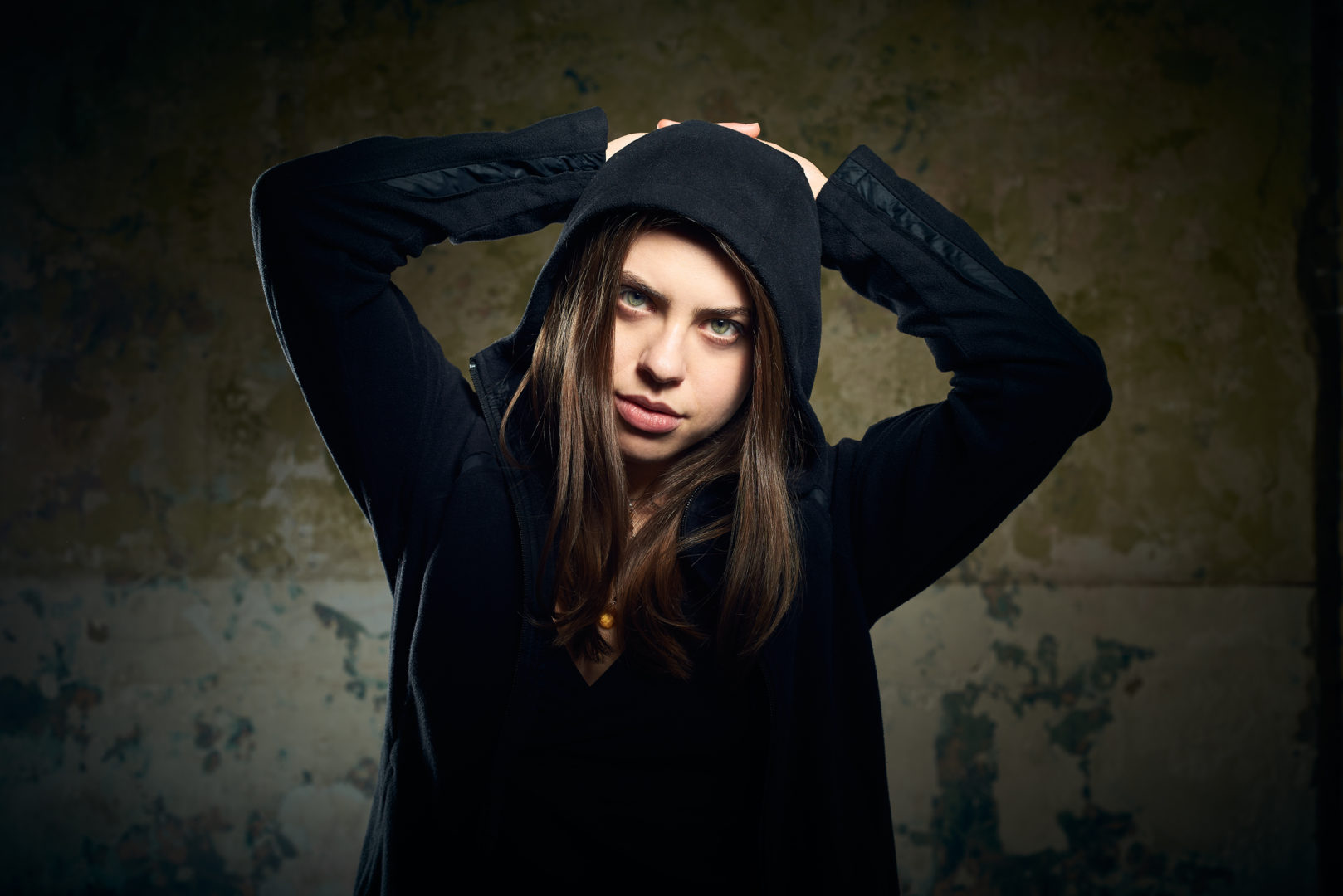 Ghost Caravan, also known as Shaina Silver-Baird, combines elements of electronic, soul, and orchestral music to create her powerful, emotional songs. Using the feeling of loss that she has unfortunate amounts of experience with, she creates music that she feels, even though somewhat dark, is still uplifting. Her music can be used as a reminder from those that have passed on that life is still going forward, as should we. She recently released her single “Heart’ via The Confidence Emperors, a collaboration between herself, Matthew Fudge (Pyramid Tropic) and JUNO Award winning Martha Johnson (Martha and the Muffins). We had the chance to ask her a few questions about her music, inspirations, and much more. We are happy to premiere the video for “Heart” alongside this interview, so be sure to watch the video for “Heart” here:

I’m a Toronto based singer/songwriter and actor. Readers may previously know me as the lead singer of folk band Crooked House Road. Recently I’ve branched out and started a solo project: Ghost Caravan.

You harness the powerful emotions behind loss in your music, why is this such a strong inspiration for you?

It’s something I’ve gone through a lot and it’s very much shaped who I am. I don’t feel tied down by it, but when you lose someone at a young age it leaves a dramatic imprint on you. From big to small, there are losses in our everyday lives and I think the fight and triumph of overcoming them is something people relate to. I’m not interested in dwelling in grief. It’s the struggle and determination to keep moving forward that I find compelling.

How do you combine the elements of electronic, soul, and orchestral music to make your songs, when separately these genres are so different from each other?

I think the fact that they are so different makes them very complementary. Most of my favourite projects are genre bending. I love hearing jazz sax in hip hop, or electro beats behind string quartets. It’s surprising and it makes people sit up and listen. And I think that’s what people are interested in – something new. In today’s market we’re oversaturated with amazingly talented artists. So I want to write good songs that are surprising and break the mould a little.

You recently released your single, “Heart” a collaboration between you, Matthew Fudge and Martha Johnson. What was the writing and recording process like?

If I had to pick one word I’d say “organic.” “Heart” was actually my first collaboration with both Matt and Martha so there was something really special and exciting about the experience of finding two new collaborators who inspire and challenge me. I already had an early version of the lyrics and melody, so Matt and I met in the studio and just started playing with it. Arranging, orchestrating and mostly finding places to cut! Like most of my songs, I came in with far too many sections – I think 2 different choruses and 6 verses. He’s great at knowing how to streamline a song and how to push me to greater heights. Once we had a demo, Martha and I got together and rewrote the lyrics. She asked what the song was about, what my images were, what I was trying to say… every stone got turned over. It was great because it put me on the spot. I couldn’t let a line slide just because I thought it was a clever metaphor. Everything needed to link into the story and the poetry.

Do you prefer working with other artists when creating music or on your own? How do the processes differ?

I absolutely prefer working with other artists. I can’t think outside my own mind, I can’t see out of another’s eyes and I can’t hear outside my own head. Bringing other people into the process allows my music to grow and stretch in directions I never could have conceived of alone. They say “it takes a village to raise a baby…”, well I’d say it takes a village to create quality music.

Can your fans expect anymore new music from you in the near future?

Yes! I currently have an EP’s worth of music developed and in demo format and a bunch more tunes currently in the writing process. There will be another single coming out soon, but if they want to hear more than that in the next few months they’ll have to come out to a live show!

Right now I’m very much in the writing phase. I find it’s a very different mindset going from writing to performing. So I’m focusing on building up new repertoire and being creative. That being said, I’m very excited to be partnering with The Confidence Emperors label (who released “Heart”). We might just be releasing some more music soon so keep an eye out! (www.theconfidenceemperors.com)

At Canadian Beats, we like to throw in a few fun questions so your fans and our readers can get to know you a little bit better:

Summer music festival season is already in full swing, which festivals are you attending or wish you could attend this summer?

I already went to Field Trip which was a blast. Hillside has always been my favourite and I’m very sad that I won’t be able to make it out this year. They bring in the most exciting projects. Last year I saw DakhaBrakha there (Ukrainian folk rock) and have been sauntering around Toronto with their album blasting in my ears, ever since.

If you could create your own festival, who would be on the lineup?

… See my dream festival line up!

What is your go to way of beating the heat of the summer?

Flowy dresses!! To be honest I don’t have trouble with the heat. I get so cold, the heat is welcome.