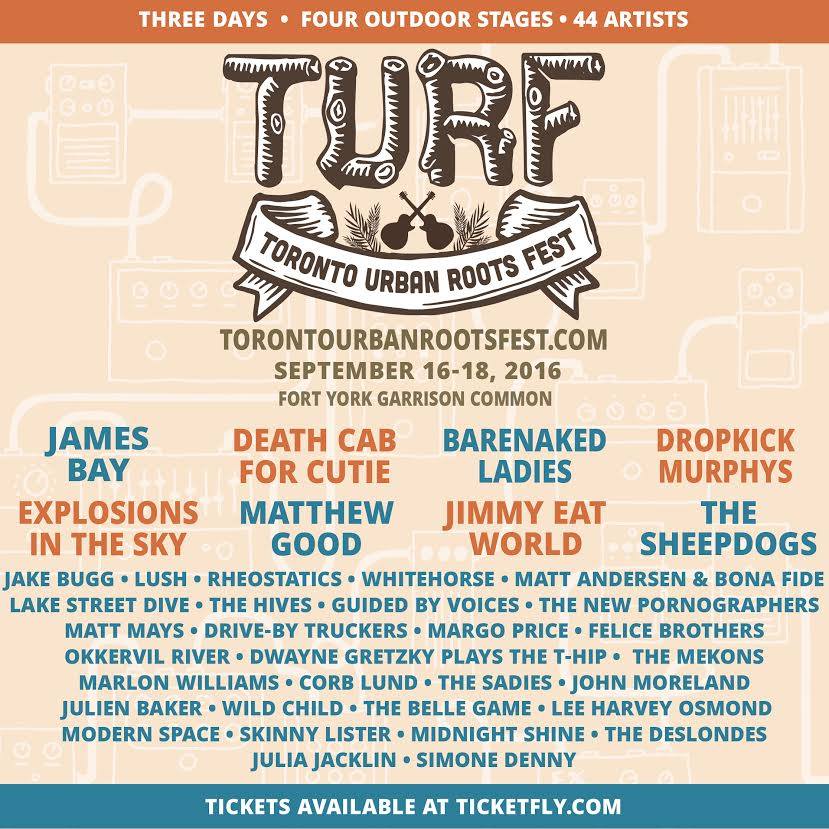 In the midst of festival season, Toronto Urban Roots Fest has just announced more additions to their already impressive line up! The first wave has already been announced featuring James Bay, Death Cab for Cutie, Barenaked Ladies, Dropkick Murphys, Explosions in the Sky, and many more! Additions to the festival include Jimmy Eat World, Whitehorse, The New Pornographers, Margo Price, Dwayne Gretzky, The Sadies, and more. One more headliner and a few additional supporting acts are set to be announced so stay tuned!

TURF returns this year to the Fort York Garrison Common on September 16-18, and will feature an expansion to four stages including a tented stage and a stage inside the grounds of the fort. TURF was recently nominated for two awards in the first ever Canadian Live Music Awards, both for Medium Festival of the Year, and New Kid on the Block, alongside the Winnipeg Folk Festival, Interstellar Rodeo, Field Trip, and WayHome.