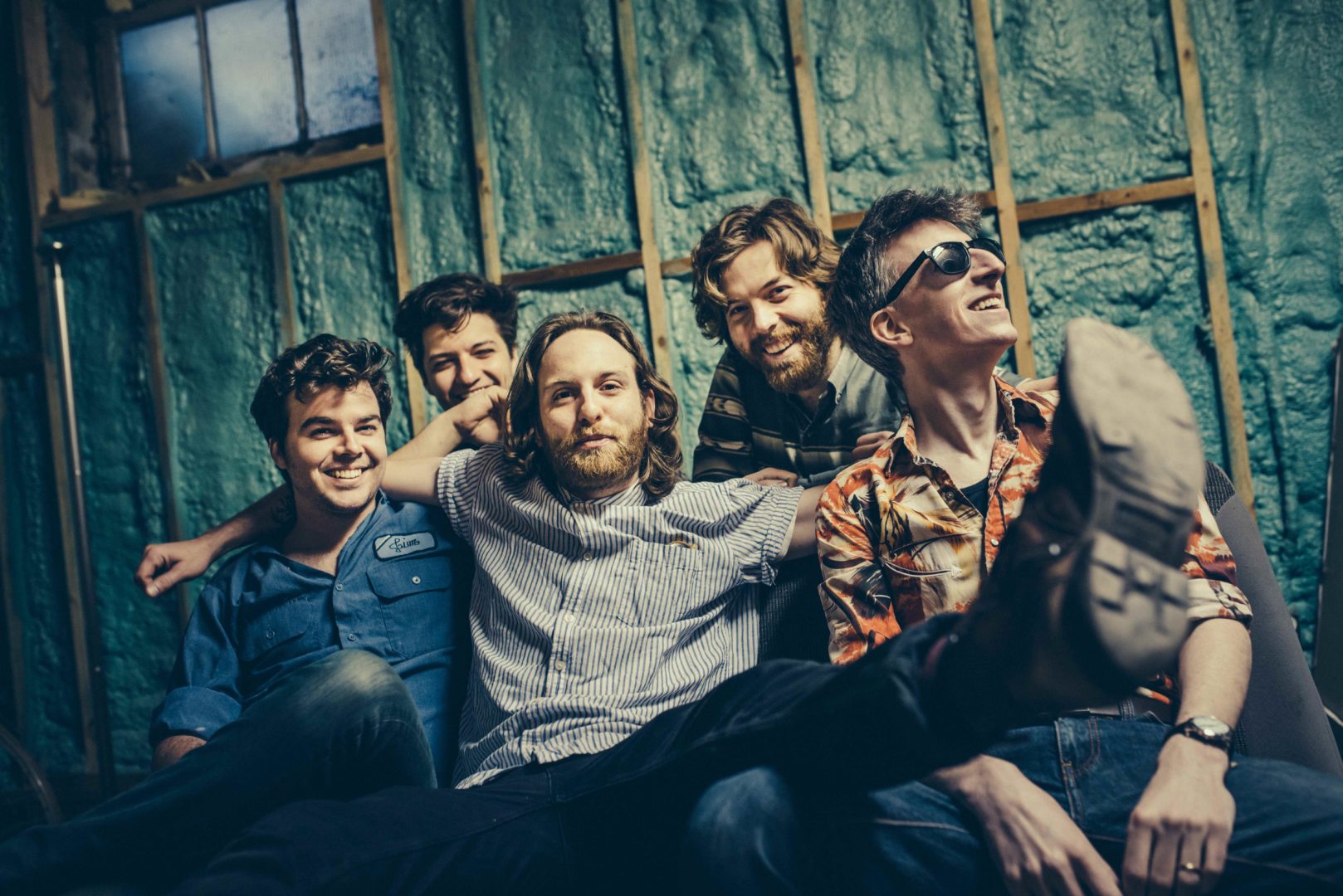 This summer is going to be a busy one for the Toronto folk quintet, Union Duke. In addition to the August 5th release of their album, Golden Days, Ethan Smith, Jim McDonald, Matt Warry-Smith, Will Staunton, and Rob McLaren will be heading on tour across Canada. Their tour dates are listed below so check to see if they’re coming near you. Can’t wait that long? Their lead single, “Got You On My Mind” is available on their Soundcloud. We also got the great opportunity of interviewing them, so check it out!

Can you tell us about the writing process for Golden Days?

Our writing process hasn’t changed much over the last few albums, we’ve found a pretty good groove that works for us. We all write songs individually and bring them to the band, or we have parts of songs that we bring in and work them out together or in pairs. Then we play them a lot and try them out live and out of the 30 or so we started with we pick our favourites and that becomes the album. And we look at themes through the songs we wrote and put together something that tells a story or evokes certain feelings. Golden Days came together really nicely in that there’s a lot of different songwriters and singers or pairs of songwriters but it still tells a bit of a story and definitely has some recurring themes.

How will the sound compare to any previous releases?

We really are more of a live band than a studio band, in my opinion. And we wanted to capture that live energy. We’ve also always been pretty DIY and recorded ourselves out at a cottage, which was definitely fun and a great way to work for our previous albums but we never felt like we truly captured our live sound on those records. So we recorded Golden Days live off the floor in a real studio in Toronto with some awesome people helping and took a few more liberties with out arrangements. I would say this album is warmer sounding than our previous releases, it definitely varies in tone and texture a lot more. We’re very excited about it, it’s a little different from our old stuff but people are going to dig it.

How well does “Get You On My Mind” represent the sound of the album?

Pretty well I’d say, as well as it can. There’s a lot of different stuff on this record, some that’s way more in your face than Got You On My Mind and a few tunes that are much more reserved. We also like to switch up singers so there’s a lot of different moods and feelings that vary from song to song. But Got You On My Mind is a great first single for this record because it covers a lot of ground tonally.

What are you most looking forward to for this tour?

We just love being on the road and playing. Different tours bring new surprises and new people and places and that’s always fun. Plus we’re really proud of this record so we’re excited just to get it out there and share it. There are a few festivals we’re hitting that should be really fun and our new van has working AC so that’s a plus. We’ll also be hitting some favourite places of ours to play and seeing some new venues. It’s gonna be great!

Do you have any surprises that fans can look forward to?

We’ve been working on new merch for this tour and to coincide with the album, as well as some videos and new photos and stuff like that. We’re gonna be launching a swanky new website, so that should be pretty cool. I don’t like spoiling surprises so I won’t say much. We’re working with a great photographer and designer who’s helping us put some stuff together that’s going to be sweet.

What is the biggest change you have seen to the industry and performing since starting out in 2008?

It’s tough to say. I haven’t seen too many changes from our end but we’ve only really been touring hard and playing the kind of gigs we are now for a couple years. Most of the changes I’ve seen were more because as a band we’ve been growing and gaining some momentum as opposed to seeing the industry itself change. We came up in the digital age so things like social media, online presence, downloading and all that stuff wasn’t really a surprise for us. But our gigs change and the way we organize our tours and schedule change I guess as we grow. I’ll get back to you in 20 years with a better answer for that one, haha.

What is it like being together for such a long time?

Mostly fun, sometimes infuriating. We’re all good buds but also partners in something that is starting to take off so there are good and bad parts to that but mostly good. And we’ve just spent so much time together that I think we’re super comfortable with each other and, when it comes to being on the road, you have to learn to give space when it’s needed, haha. I’m making it sound bad, we all have a great time together.

Has the dynamic changed at all?

Maybe, not in any noticeable way. Ethan, Jim and I go so far back that it’s tough to say even where bands and friendships end and begin and we’ve gone through so much together that the dynamic is pretty set. And Rob and Will have always blended really well personality wise. If any dynamic has changed it’s just been the sort of natural progression that friendships take. But we still hang out outside of Union Duke, and we have a blast on the road. We understand each other, I guess.

How do you think the five of you individually influence your music?

Everyone has their own flavour to bring to the band and I think we compliment each other’s styles well. That’s something we’ve been playing with too. On our previous albums we would sort of all bring our own thing in and everything would be refined until it sounded like “Union Duke”. On Golden Days we let our individual styles pull us further in different directions because everything we do will sound like “Union Duke” whether we force it to or not. We found that this album, while still definitely sounding like a “Union Duke” album also has a little more flare from each member.

Which Canadian bands/artists do you think you pull the most inspiration/influence from?

There are a lot of Canadian bands that we take influence from and, being Canadian, a lot of that is hard to pin down. There aren’t many bands that we actively try to emulate but there are tons of things that are so built in to the Canadian music identity that the influence is just there. So definitely some folky, rootsy, country stuff like Blue Rodeo, Bruce Cockburn, Neil Young, Stan Rogers and that stuff but there’s so much new Canadian music that is so good. I’ve been listening to a lot of Zeus lately. As a band we like to listen to Bahamas. I don’t know, we listen to a lot of music haha.

If you weren’t in a band, what would you be doing? Can you picture yourself down another path?

Well, we’re all so different. I could hazard a guess as to what everyone else in the band might be doing but I don’t want to get in trouble, haha. I went to school for radio broadcasting and I liked that. I like performing, and I like talking as most people who know me could tell you so that could have been good for me. In general we’re all creative dudes, and nobody wants to seem to get a real job so I guess we’d all find something else that’s fun to do. That’s what I’d do anyways.

Would you rather listen to the same song for the rest of your life or never be able to listen to music at all?

Same song, no question. Just make it a really long song. Maybe Sultans Of Swing? Something by The Beatles? This is going to bother me now.

Make sure you get a copy of Golden Days by Union Duke, it comes out on August 5th 2016 and we’ll be having a big party at The Horseshoe in Toronto for that. We’ll be touring most of the summer so check the shows page of our website for details on when we’ll be near you. We’re on Facebook, Twitter, Instagram and on our website you can sign up for our newsletter keeping you up to date on all things Union Duke. Be good to each other and call your mom(s)!