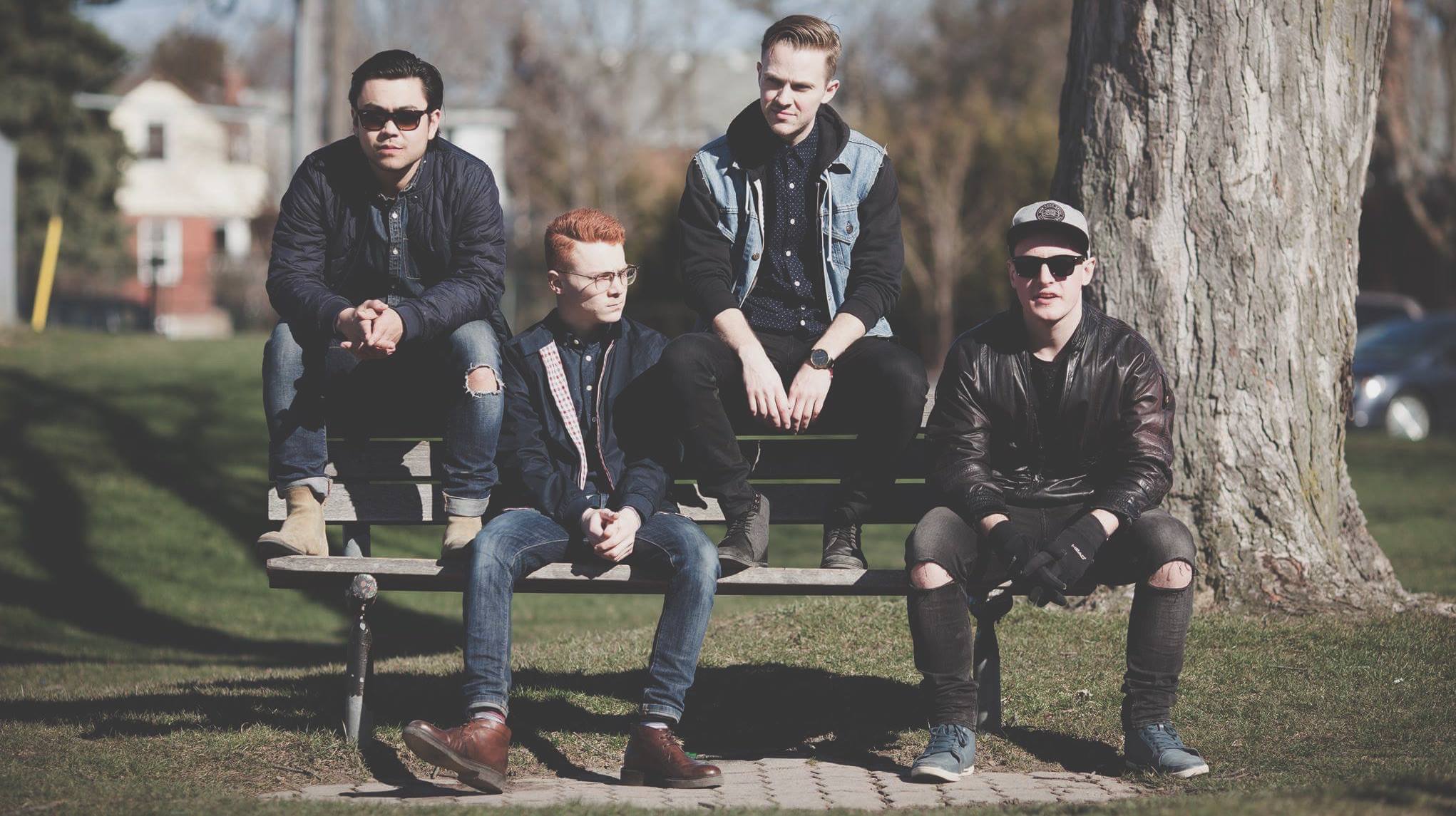 Toronto folk rock group, Birds of Bellwoods are busy preparing for their NXNE showcase this Saturday June 18th at Lee’s Palace and we had the chance to catch up with them before their show. The band revealed some exciting information about their new music and upcoming tour schedule, as well as discussed their influences and favourite artists. Take a look below and be sure to catch them at NXNE!

To begin, can you introduce yourselves and briefly describe your music to our readers who may not be too familiar with your sound?

Absolutely. Hey guys, what’s up, you look great. We’re Birds of Bellwoods, a quartet making alternative folk rock based in Toronto, Ontario. Stevie does lead vocals, Adrian plays guitar, Kintaro plays upright bass, Chris plays electric guitar and banjo, and we all sing. You can expect engaging and nostalgic lyrics, progressive compositional structure, pop sensibility, and a lot of harmonies. We want to have our own little league team one day. Birds of Bellwoods Badgers has a nice ring to it.

You’ve got some new music in the works, what direction will the band be heading in with your new sound?

With our new stuff we’re trying to take in a lot of influence from our peers in the indie rock community around us. Electric instruments, driving percussion (from producer Jack Emblem), weird whirly synth noises, the works. If our EP sat somewhere in the art-alt-folk spectrum, this new stuff is halfway between that and indie-pop-rock. If we may answer your question more directly by quoting Charlie and The Chocolate Factory, “Up and out!”

What were some of the main influences when writing your new music?

When we created this new piece we were listening to a lot of very juxtaposed sounds. James Bay, Pup, Shakey Graves, Chance the Rapper, Dirty Projectors, new Mumford and Sons, The Strumbellas, The Lumineers, The Zolas, etc. But the greatest influence on this album was our experience stumbling through youth and into adulthood.

What can fans expect from your new music and upcoming debut album?

You can expect a pretty good idea of where we’re at as people. The EP felt a bit like ‘Here’s what we can do’, this project is more ‘Here’s who we are’. It’s an exploration of love, loss, and growing up that you can dance and thrash around to. Kind of a celebration of anxiety.

Is there a release date set yet for any new singles or for the official album release?

Not yet. We want to take our time and really be sure. We’re thinking sometime this year.

Will we hear any new tunes at your upcoming NXNE showcase on June 18th?

Stuff from the new album? Heck ya. Playing the new tunes is always an incredibly informative experience for us, we get to see how they land and what parts really get our audience going. It’s always cool when you play a song for the first time at a show and by the end of it people are singing along. We’ll be playing three or four tunes from our upcoming album.

How have you been preparing for the showcase?

A lot of our time lately has been spent in the studio drinking cheap whiskey and eating cold pizza, but that’s given us a big opportunity to dive deep into the tunes and make sure they’re as tight as possible. We also developed a small Ontario summer tour surrounding our NXNE date that has kept us from getting rusty.

Will you be playing any other festivals this summer? What shows do you have coming up on your tour schedule?

Last week we played The Sound of Music Festival in Burlington and opened a night for Sloan at The New Farm in Creemore. After NXNE is Stittsville on the 25th, then Ottawa and Cornwall in July. There are a few dates in August we can’t mention yet, then we’re taking off on a western Canada tour in the first two weeks of September. We’ll be playing Vancouver, Calgary, festivals in Edmonton and Jasper, plus a lot more. Keep posted at www.birdsofbellwoods.com for announcements. Sign up to our newsletter, we might start sending love notes.

What are you most excited for on your upcoming tour?

We’re really excited to be heading back to Jasper for our second year at the Jasper Folk Music Festival. It’s one of the most beautiful places we’ve ever seen. The whole town was so generous and welcoming to us last year, and we played in this wide open field facing a mountain with the sun setting behind it. The whole experience was a pretty defining moment in our progress so far and we can’t wait to show them all our new stuff.

A big tasty burrito and a five minute hug.

At Canadian Beats, we like to include a few questions to help your fans get to know you a little bit better.

We would prefer to remain a mystery but are willing to make an exception.

What was the last album you listened to?

Stevie: The Dream is Over, Pup.

If you could create your dream festival, who would be on the lineup?

Our dream festival would last a full decade. To list all the bands on that lineup would take a hundred monkeys typing on a hundred typewriters for a hundred years. But to begin with, everyone mentioned above.

What’s the craziest thing you’ve ever done while on tour?