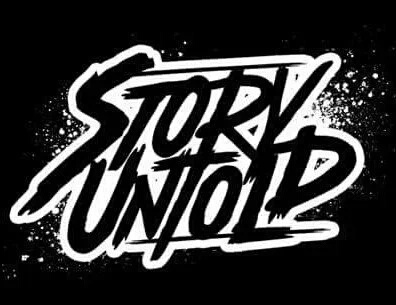 Laval, Quebec-based rock / pop band Story Untold, previously known as Amasic, has revamped their music, band members and created a whole new name for themselves. The band now consists of Janick Thibault (vocals / songwriter), Jessy Bergy (lead guitar), Mehdi Zidani (drums), Max Cloutier (rhythm guitar), and Aiden Von Rose (bass). Janick started the foundations of Story Untold with his many covers of popular alternative songs shared on YouTube. He later contacted the other band members and thus Story Untold was born. Story Untold pulls inspiration for their music from a lot of great legends such as Green Day, All Time Low and Simple Plan. Story Untold surprised fans with a quick release of their first self-titled EP on May 24.

The song that first caught my attention was “History,” It’s the third song on the EP and is also the band’s newest single. “History” is a song that the listener can pull inspiration from with the lyrics and catchy chorus. I was hooked after one listen and it truly is an amazing song to take in when you’re feeling defeated. The other song that captured my interest was “Give Up On Us,” which is the fourth song on the album. It’s a faster-paced song and it displays the sheer talent that the band holds for their music. I enjoyed listening to this song because it has a bit more of a rock style to it than the rest of the songs and was a good change. Overall, the album was good and very well put together, creating a mix of songs that displays what the band is about now but it also includes some of the older songs that fans will know before the band’s change.

If you are looking for something new to listen to, Story Untold is definitely that band I would highly recommend.