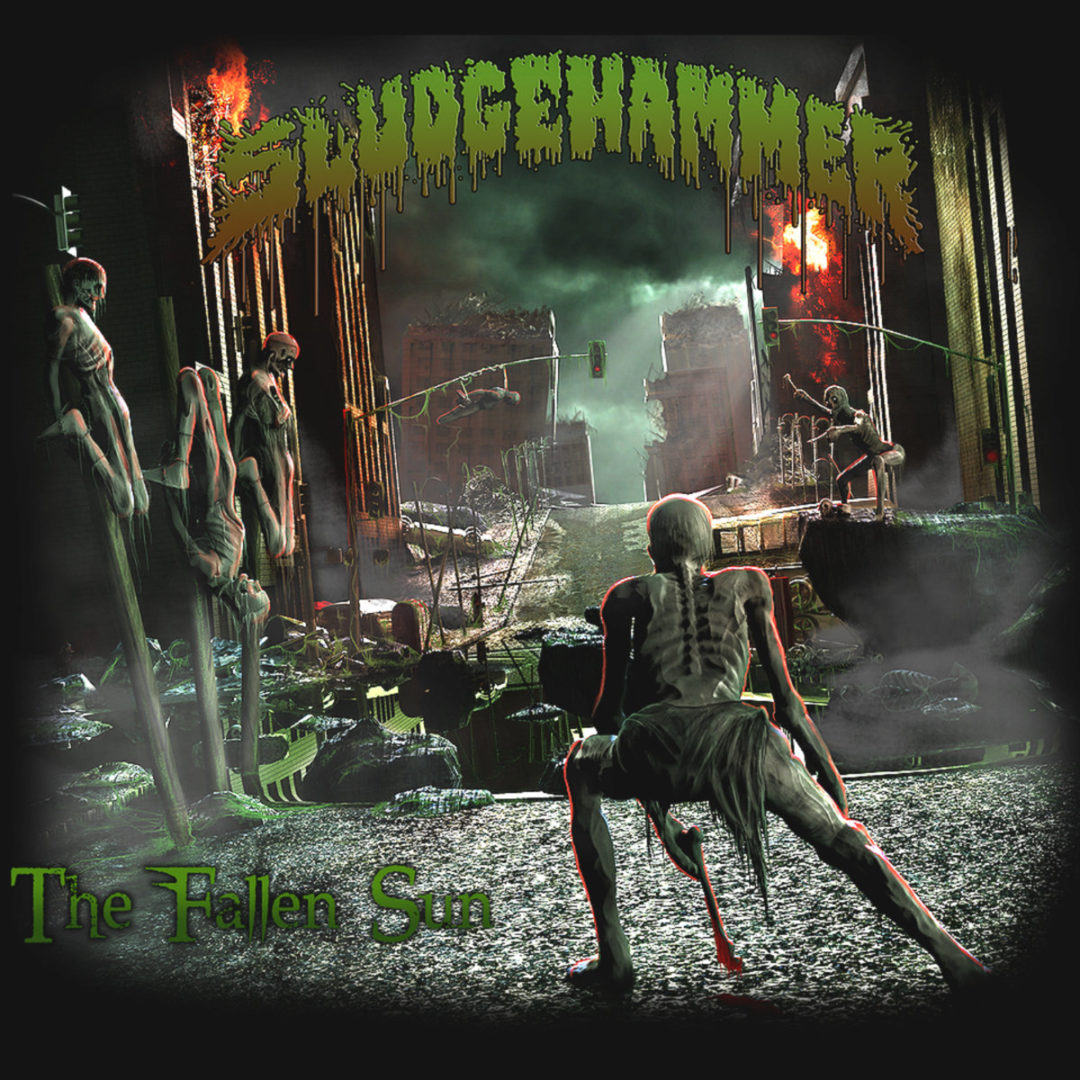 Toronto metal band Sludgehammer hits the throttle on Ontario metal once again, and this time, they are utilizing a mix of genres to deliver the beast unchained.  Releasing a video for the album’s track “Carrion” and a single entitled “Demons From The Woodwork”, The Fallen Sun is poised to be another momentous release from Toronto.

The album begins loud and spirals immediately into a thrash riff, that fans will probably feel they recognize and is yet somehow refreshingly new. Carrying forward into some truly disturbing vocals, disjointed and jolting, creating a certain sense of impending doom.  The song “Carrion Eater” seems the odd song out on the album but certainly not in a bad way. The song hits so hard, and fast it might have been more prudent to call it blitzkrieg. The song begins like some sort of pre-battle anthem the guitar man in Mad Maxx would play.

The Fallen Sun is out now and it is most definitely the album that should be next on your list.