By Remington Fioraso on June 12, 2016@https://twitter.com/RemingtonFD 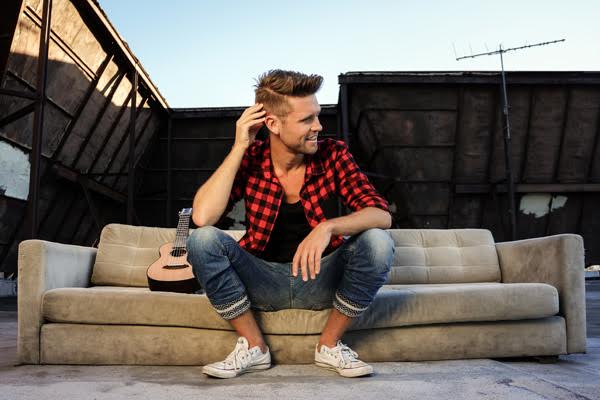 I recently had the opportunity to ask Vernon, BC’s Andrew Allen questions about his music, latest single “What You Wanted,” and live performances. Continue reading to find out more about the singer, pick up a copy of his single on iTunes, and connect with him on his social media platforms.

My name is Andrew Allen and I’m a singer/songwriter from Vernon BC!

Is life an influence? If so… life:)… and then musically speaking: John Mayer, Jason Mraz, Bob Marley, Maroon 5 and Donovan Woods… and maybe a little Justin Bieber just cause his new record is pretty rad.

I seriously just loved performing since I was a little kid. If there was a piano in the room, I’d play it, if there was a drum in the room, I’d hit it! I just loved what happened when music was being created in a group setting, and wanted to be a part of it. I guess when I finally dove in and decided to do music full-time, it was a buddy of mine that invited me on tour, fellow Canadian ‘Matt Epp’, and though I didn’t have a band at the time, and was kinda terrified of doing it solo, he said just get in the van, and I did…the rest is history.

How would you describe your song­writing process?

It almost always starts with me plunking away on some chords on the guitar, or the piano, just creating a vibe. I riff on a few melodic ideas with gibberish until I feel like I might be onto something. At that point, I typically try to identify what the musical side of the song is trying to say, and then match it with a title (I have a few hundred on my phone) and then begin to come up with words that fit into the puzzle of the melody, normally starting with writing the chorus. It’s like writing the title of a book and then going back and explaining the title by using the verses!

How has the reception been for “What You Wanted” so far?

It’s been incredibly positive. I’ve been playing the song for a few years now, and it’s always got a great reception live! So having a fully produced song out at radio is super exciting, and I think people are appreciating what we’ve created!

The story that goes with it is fairly memorable, in that I wrote based on a conversation I had with a couple I met in the UK. They seemed perfectly happy, but when I returned to Canada, I got an email from the guy asking if I’d put together a mix cd for the girl because she had broken up with him… I thought it was a hopeless job, but did it anyways. Unfortunately, I got an email from her 3 days later asking if I’d play at her wedding… cause she had just got engaged to a different guy! I wrote the song from the dude’s perspective, asking her if this is really what she wanted…

Will there be an official music video to accompany the single?

This is a definite possibility:)

You will be performing at the Lovin’ Local Food Festival. For those who have yet to see you play, what can fans expect out of your live show?

I love seeing people engaged, and so my show is definitely a story from start to finish. It’s something that hopefully pulls in people from all walks of life and allows them to understand where the songs are coming from, but also gives them an opportunity to just feel the music and enjoy the experience! Lots of laughs, maybe some dance moves, and the ultimate goal of making sure people leave humming my tunes!

Do you have a favourite song to perform? Why?

I love performing ‘What You Wanted’ because of how fun and upbeat it is, yet the story is kind of sad lol! But I also wrote a tune called ‘Maybe’ that I always get excited to play because I feel like so many people can identify with it… it’s also just a rad song and I love performing it…

What has been your most memorable show to date?

There’s three that stick in my mind! One was opening for One Republic at the Golden Gate Park in San Francisco to 20k + people! The other was a small show in Vancouver at the Media Club that Carly Rae Jepsen opened for me at. I had actually come down with Laryngitis and was afraid everyone would leave since I, the headliner, couldn’t really sing!

Instead of leaving, they stayed, and sang every note and every word of every song I had on my set list… it was a seriously amazing feeling to know how much my music meant to these people! Last but not least, was a show we put on in Addis Ababa in Ethiopia with 250 students that live in some of the worst living conditions imaginable. They joined me on stage to sing a song I wrote about working together to create something amazing!

You have produced several albums. What led you to begin producing?

I’ve definitely co­produced some stuff, but I wouldn’t accept the credit of actually producing a record… I’m decent on guitars and vocals, but the real heavy lifting I leave to those that deserve the hat that calls them a producer:)

What can fans expect to see from you next?

I literally have hundreds of songs just waiting to come out, so I can say that fans can expect a hopeful onslaught of new music!

Japan. I would do everything I could!

The only thing we haven’t touched on is the work I do in Ethiopia with the organization ‘HUMAN’. It’s an incredible opportunity to connect with a vibrant culture and help destroy the cycle of poverty by supporting their after-school programs! If you want come with me, I’m going back in October of this year! Check out thehuman.website and sign up! We’re throwing a pretty fun concert there! 🙂

“What You Wanted” is available on iTunes now!