Fans who were disappointed to miss Dear Rouge Sunday when their Field Trip set was cancelled due to torrential rain were treated to a special surprise Thursday evening as the Vancouver based synth rock act performed a pop up set at Toronto’s Horseshoe Tavern, hosted by Festival d’Ete de Quebec. Instead of rain the weather cooperated and the band too to the stage on the Horseshoe’s patio beneath a gorgeous sunny sky as both fans, who were informed of the surprise performance via social media, and passers-by quickly gathered. The 25 minute set featured some new material which, if it is any indication, promises the next record will be worth the wait.  The quartet also got the assembled crowd dancing with their hit single “Best Look Lately” which was received with cheers and applause. After their set they graciously spent some time hanging out chatting with their fans new and old.  Catch Dear Rouge later this summer when they perform at Festival d’Ete de Quebec. 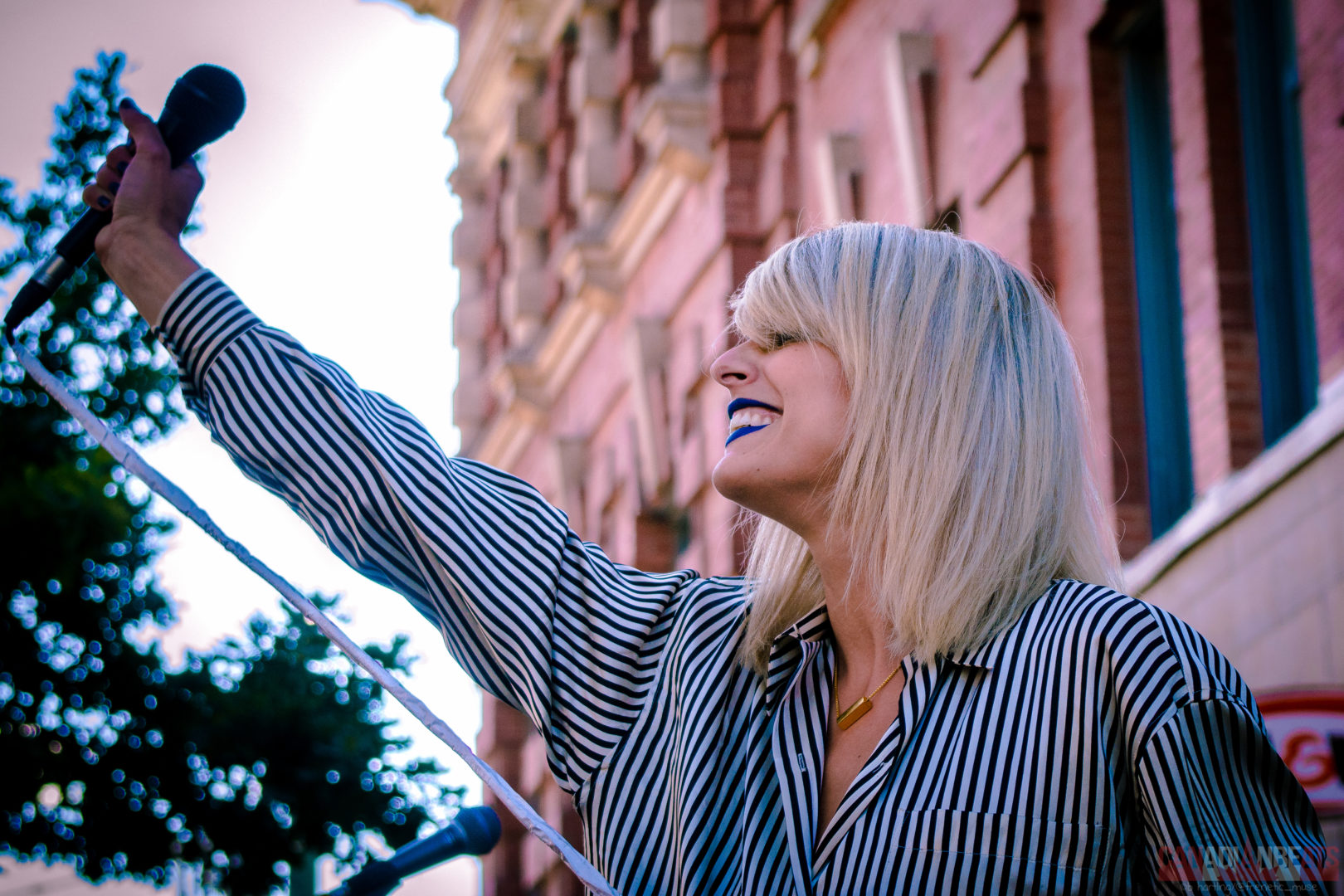 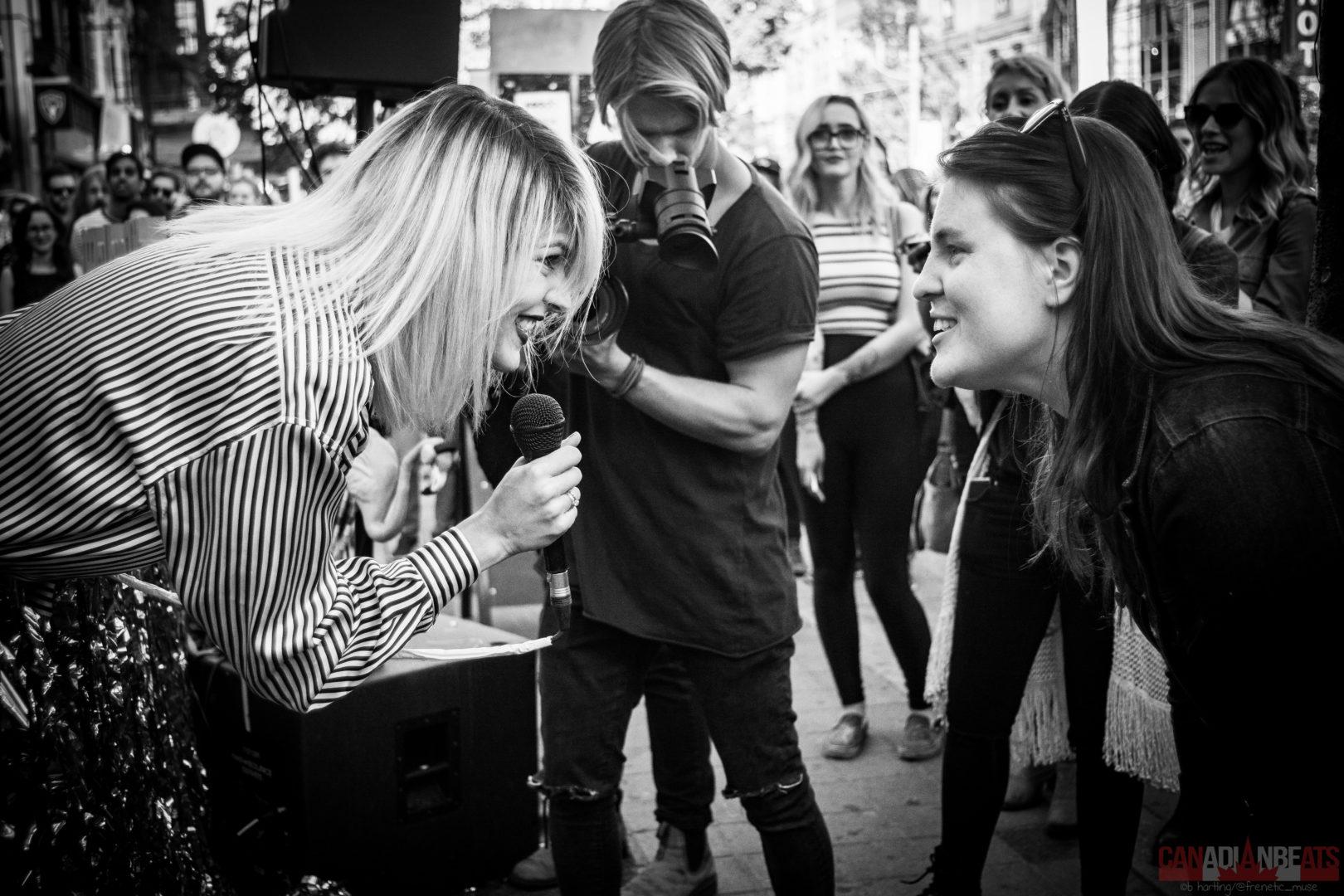 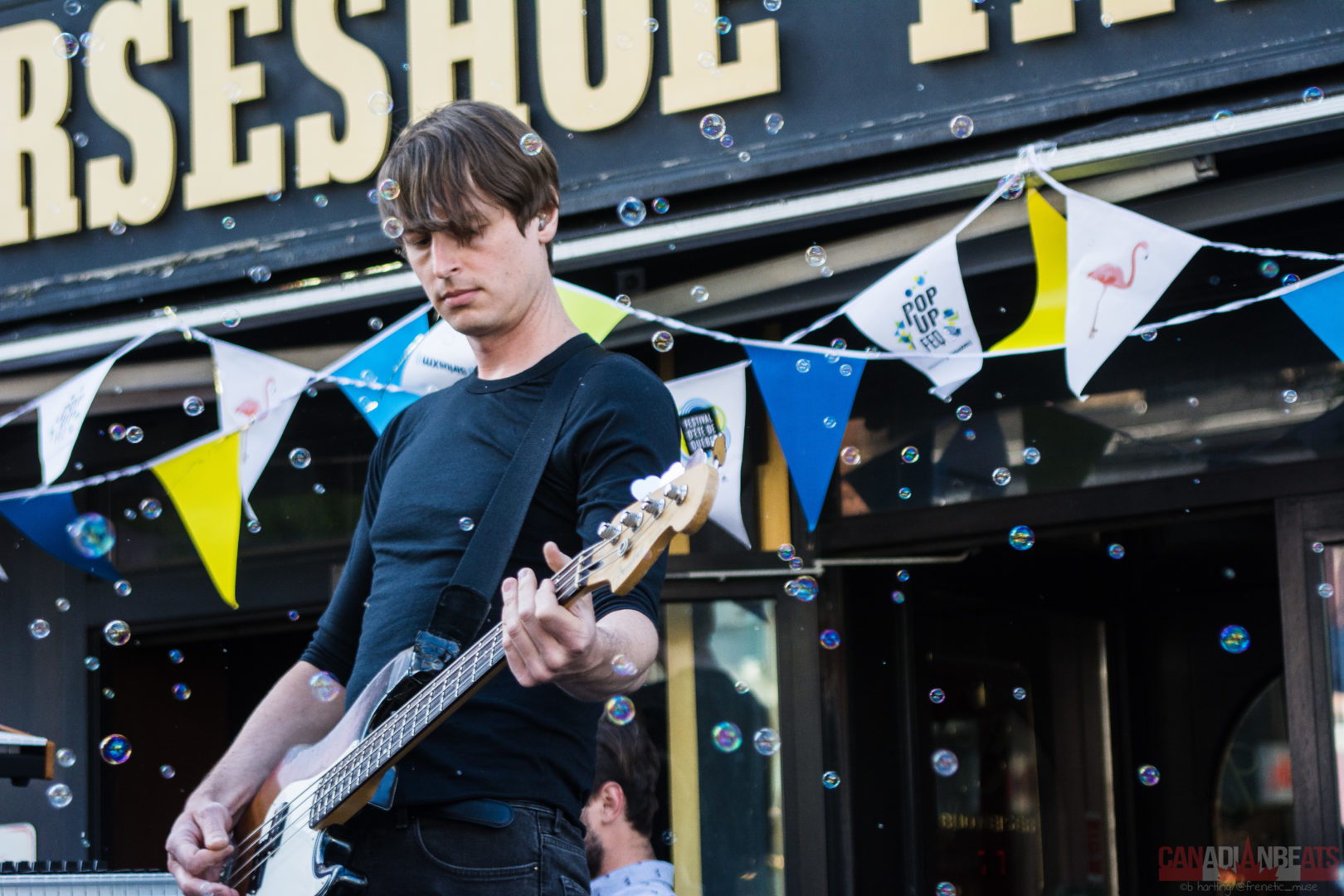 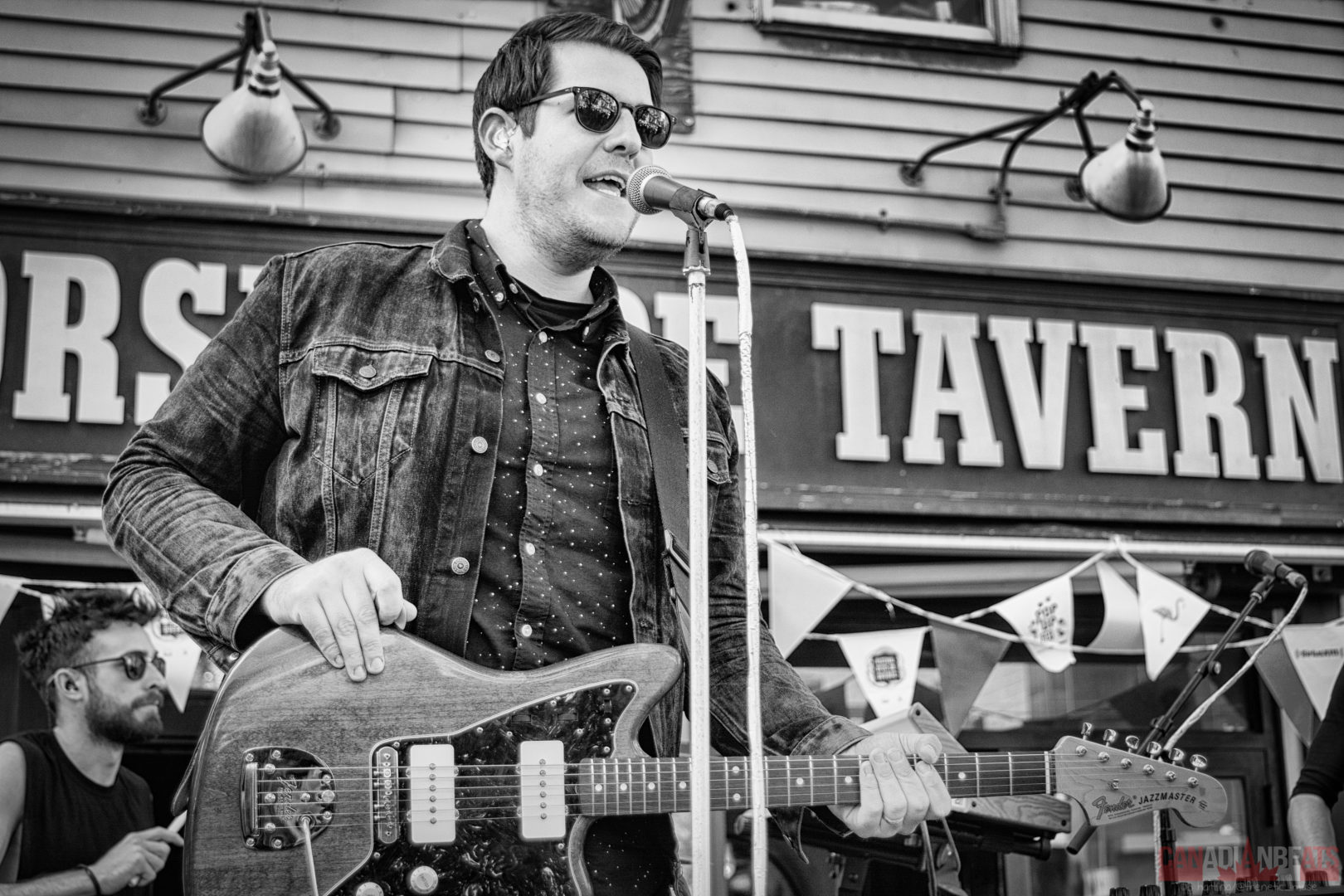 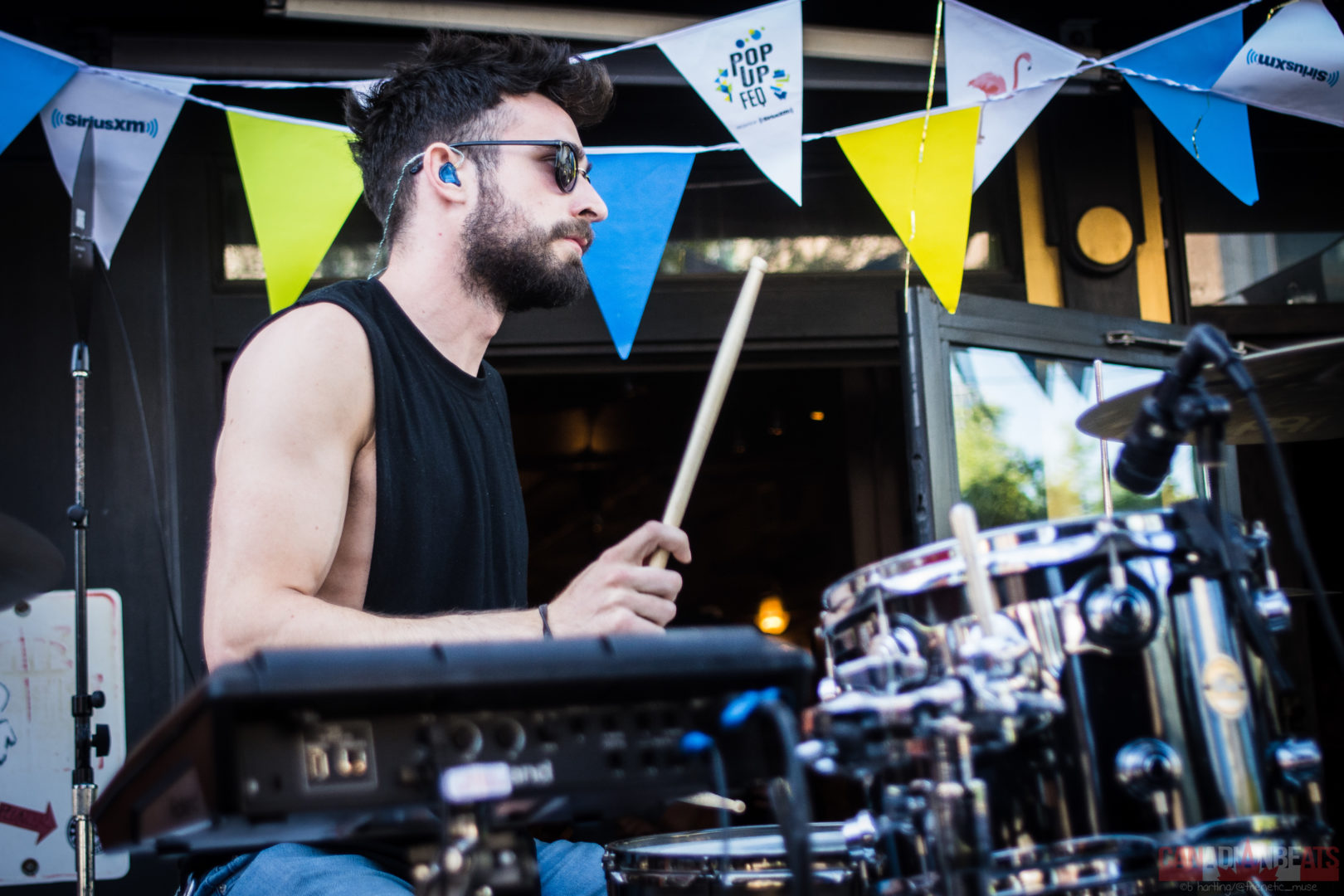 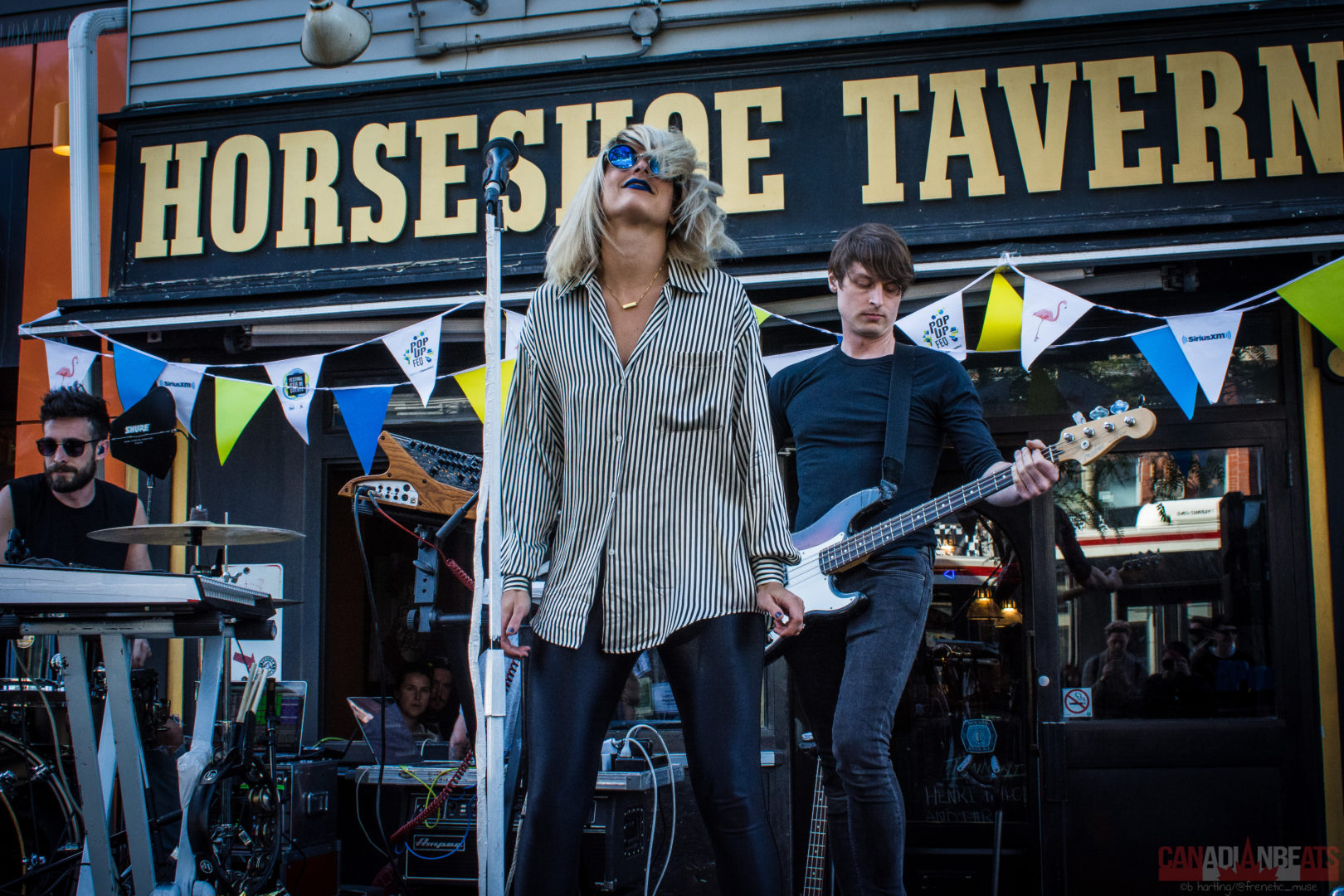 For more photos from the set, head to our Facebook page!