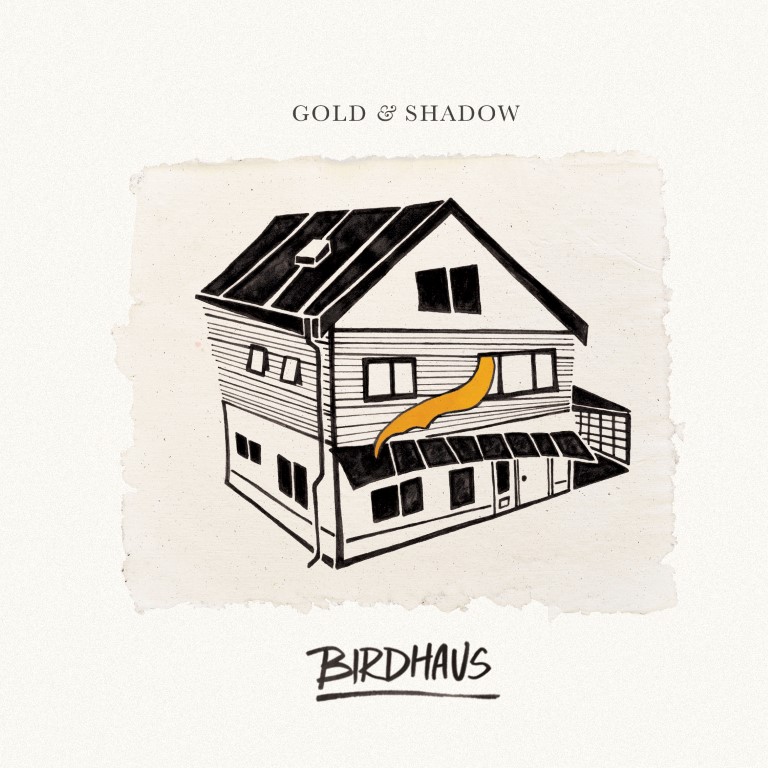 Gold & Shadow, are a four piece band hailing from Nanaimo, BC.  They are set to release another EP June 10, 2016 following an EP that came out in September, 2015.  They call their genre Art Rock, which I think perfectly describes the sounds that I heard on Birdhaus.

I have yet to listen to the first EP but after spending some time going over the six tracks on Birdhaus I definitely fell in love with it.  I found the sounds to be quite mellow, with a mix of emotional highs and lows.  Most music makes you feel, but music like this invokes those deep rooted emotions hiding within you.

It was very hard for me to pick my favorite tracks on this one, as I quite enjoyed all of them. I think the song “Judges” was one that got me the most if I had to choose.  I loved the lyrics and the rhythms in that track.  The last song “Lifegiver” was just beautiful, with lovely piano pieces and sweet harmonies.

They mention they are influenced by Radiohead, but I also hear sounds like Death Cab for Cutie, and going back even more I hear influences from people like Morrissey.  So if any of those bands interest you, I’m sure you will love Gold & Shadow.

The band will be heading out on a Western Canada Tour, so if you are in the area make sure to check out the locations and dates listed below.