By Remington Fioraso on June 10, 2016@https://twitter.com/RemingtonFD 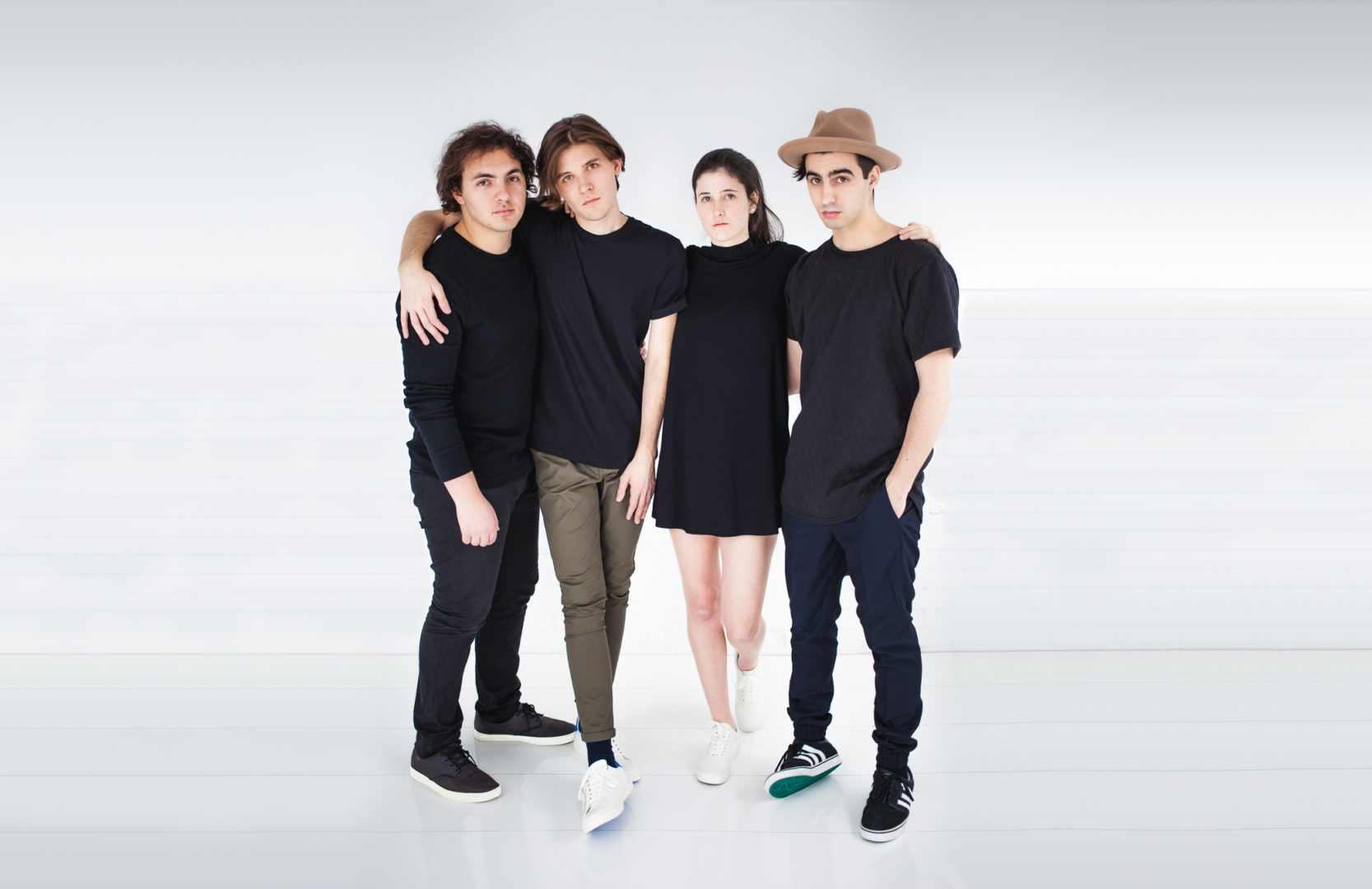 Toronto’s Valley is formed by Michael Brandolino, Rob Laska, Karah McGillivray, and Alex Dimauro.  The group released their sophomore EP, This Room is White, on June 3, 2016.  I had the opportunity to ask Valley questions regarding their release. If you’re in the Toronto area on June 12, be sure to head to their EP release show at The Mod Club:

Mike: Hi Canadian Beats! Thanks for reading. We are Valley, a Canadian indie pop band that makes a soundtrack out of our lives. Stories of friendship, heartbreak, love, world issues, and life lessons translates through us into our art. We enjoy all aspects of art and try our best to make our visual art cleverly represent and juxtapose our music at the same time. We love leaving lyrics open ended for the listener to create their own meaning to them.

Mike: Our influences range widely from Motown, to 80s synth pop, to folk & country, to EDM & pop music. But our music is also heavily influenced by the artists that we locally looked up to. To name a few we’d say The Arkells, Tokyo Police Club, St. Lucia, The 1975, however like any band there are many many more. Jackson 5, Childish Gambino, Gene Krupa, on and on.

How did you meet?  When did you begin playing with each other?

Alex: We met in a studio called River 16, we were double booked actually. Our mutual friend Steve was working with Mike and Karah on a new Cars & Guitars track, then Rob and I walked in. We had a session to go in and just mess around with some new tunes but actually ended up getting something way better out of it obviously!

What, or whom, are your inspirations when writing tracks?

Rob: Inspiration is much more subconscious these days and I still haven’t decided if it’s a good or bad thing. I guess it’s just different.  Songwriting has the opportunity to happen in so many more ways though and that’s what is exciting. We can be inspired from a drum sound in an iPhone app the same way we are inspired by a movie or a new song we discovered on a blog. There’s a lot less of a divide. These days you don’t have to sit down and tell yourself you want to write about exactly how you feel. We have the resources and technology to play with sounds and let it flow out naturally. Its a beautiful thing.

How has the reception been for your sophomore EP, This Room is White?

Alex: So far everyone has really enjoyed the new record thankfully. From what we’ve been gathering, a lot of people think this EP is a lot more cohesive and well thought out. Of course hearing those kinds is very nice because that was the goal from the very beginning. One constant thing I’ve heard about this record is that there isn’t one song that is better than another.

What were the most memorable moments when recording the album?

Rob: We recorded the album at home where basically everything started (our home studio). Oakville is a great place to make music. It almost protects you. Our studio is a short walk from the water, cafes and our little downtown strip. Some of our favourite memories throughout the record making process happened because we had the ability (much like in the past) to go on walks, test songs in our headphones and just get inspired. We like to think certain aspects of this record would not be possible without us having the ability to do so.

Were there tracks on the recording that stood out the most for you?  Why?

Rob: Every track on This Room Is White at one point was the most important to us. Each song was written and produced in different form as well, so we have a different relationship with each. Creating the instrumental tracks Headlights and Smittys was quite a learning but enjoyable process. We spent time crafting and shaping those sounds at like 3am then we would leave our home studio and car test them. We always think of our trip to camp and our late night drives when we hear those.  Swim and Soldier were also songs that we worked on for almost the whole year. We have lots of memorable moments in the studio attached to those tunes and are so thankful that people have reacted to them the way they have. We are forever humbled.

At Canadian Beats, we like to include a series of questions to help our readers get to know more about you.

Alex: We all love so many different types of music, but a few Canadian favourites would be: Arkells, Tokyo Police Club, Alessia Cara, Scott Helman, Drake, Hollerado – and so many more.

What is your favourite thing to do in Toronto?

Alex: We do spend quite a bit of time in Toronto so that could be tough. Probably seeing shows honestly, and going to Fran’s diner! They have some awesome late night eats.

What was the last album you listened to?

Karah: The last album I listened to was ours actually, the day it came out the band and I took this room is white for a car test around our favourite spots in Oakville.

Karah: The last concert i attended was The 1975 concert, changed my life.

If you were stranded on a deserted island, what three things would you want to have with you?

Mike: A guitar, A recording rig, and my best friends.