Saturday June 4th saw the 4th annual Field Trip Music and Arts Festival kick off with Montreal’s Heartstreets getting the Garrison Stage fired up with some R&B infused Hip Hop beats. As the crowd filed into the festival grounds the energetic girls quickly had a growing audience under their sway. 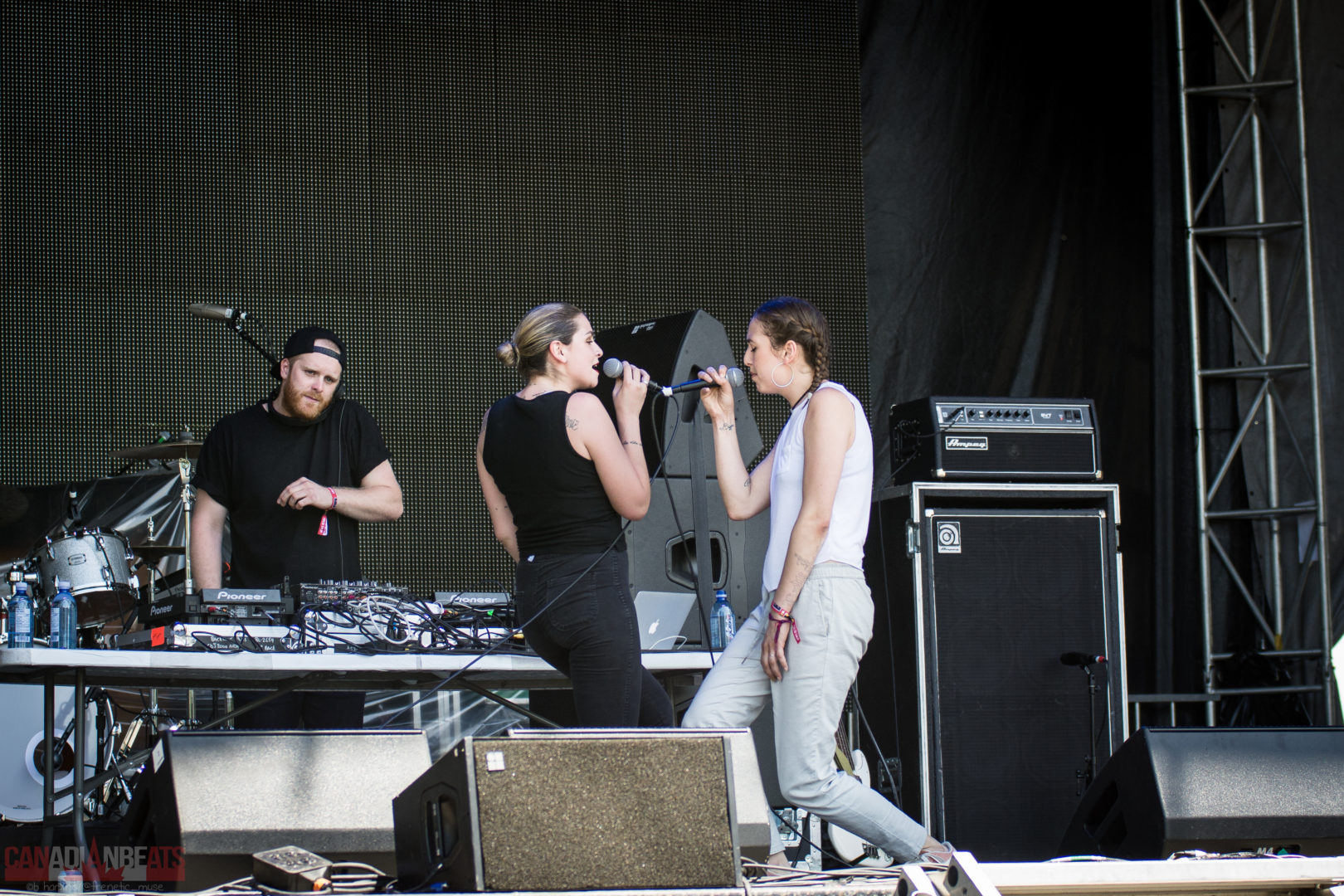 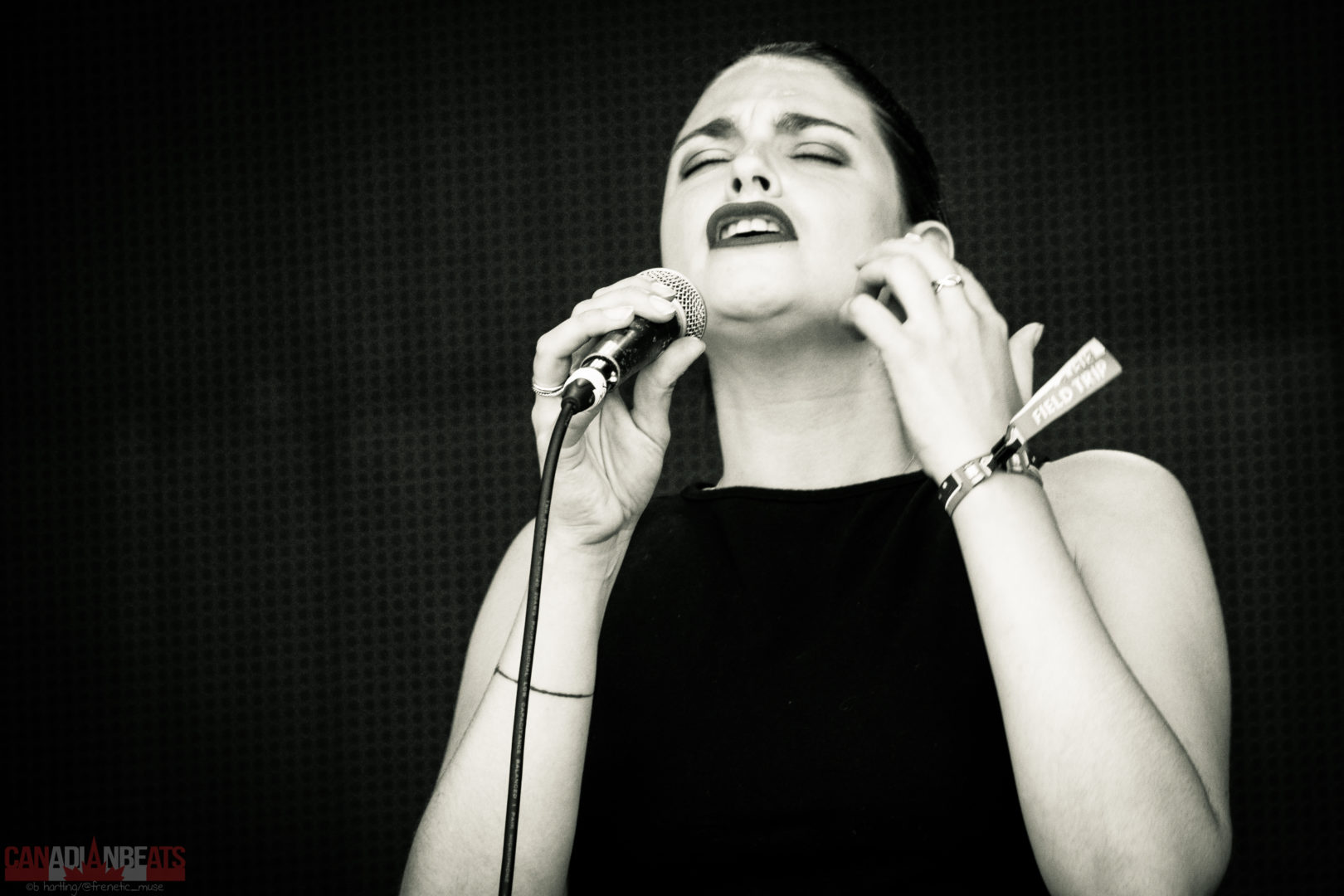 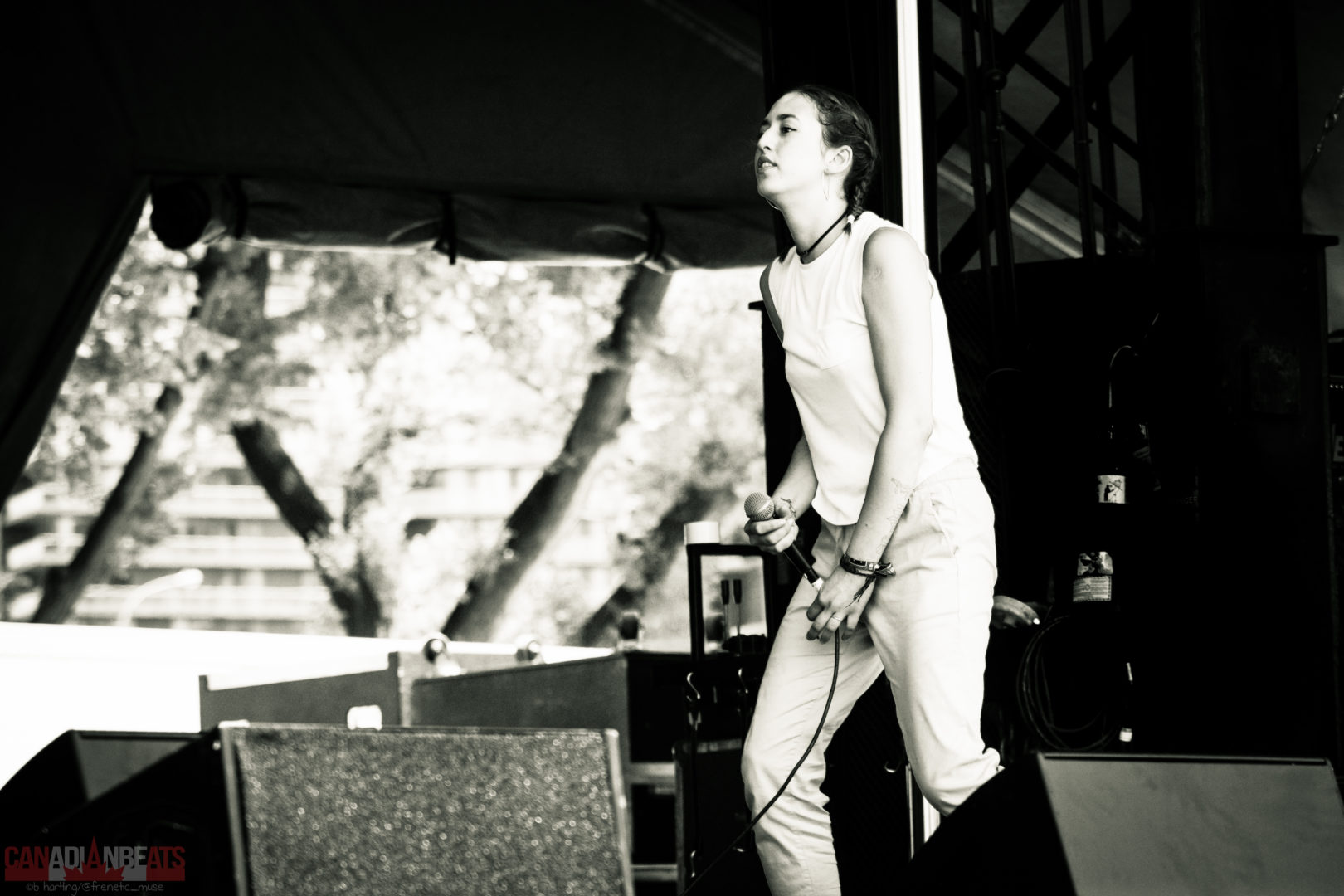 Brooklyn’s Tor Miller was up next with his band and absolutely killed it. Tor’s smooth vocals, smart lyrics had the audience swooning. 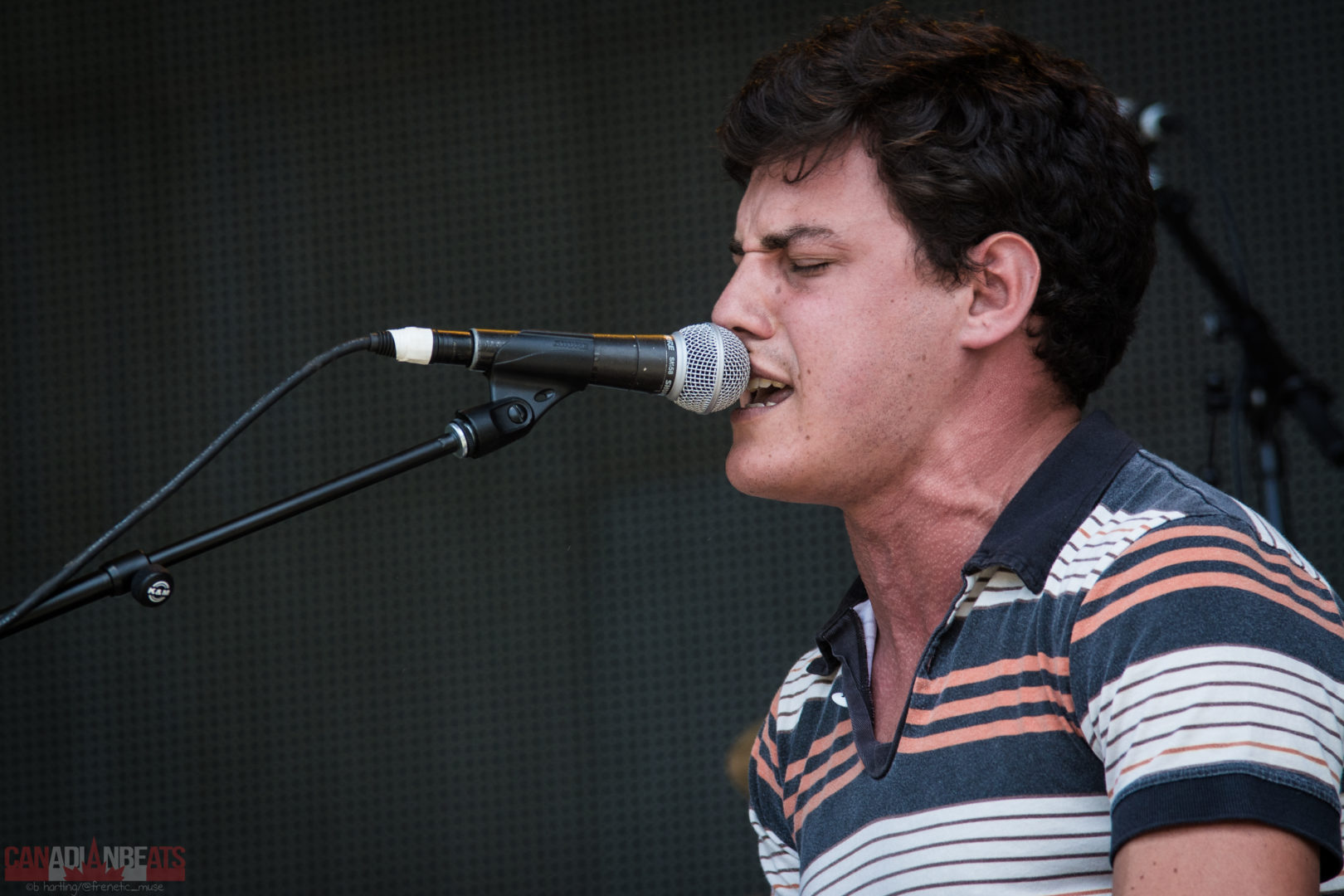 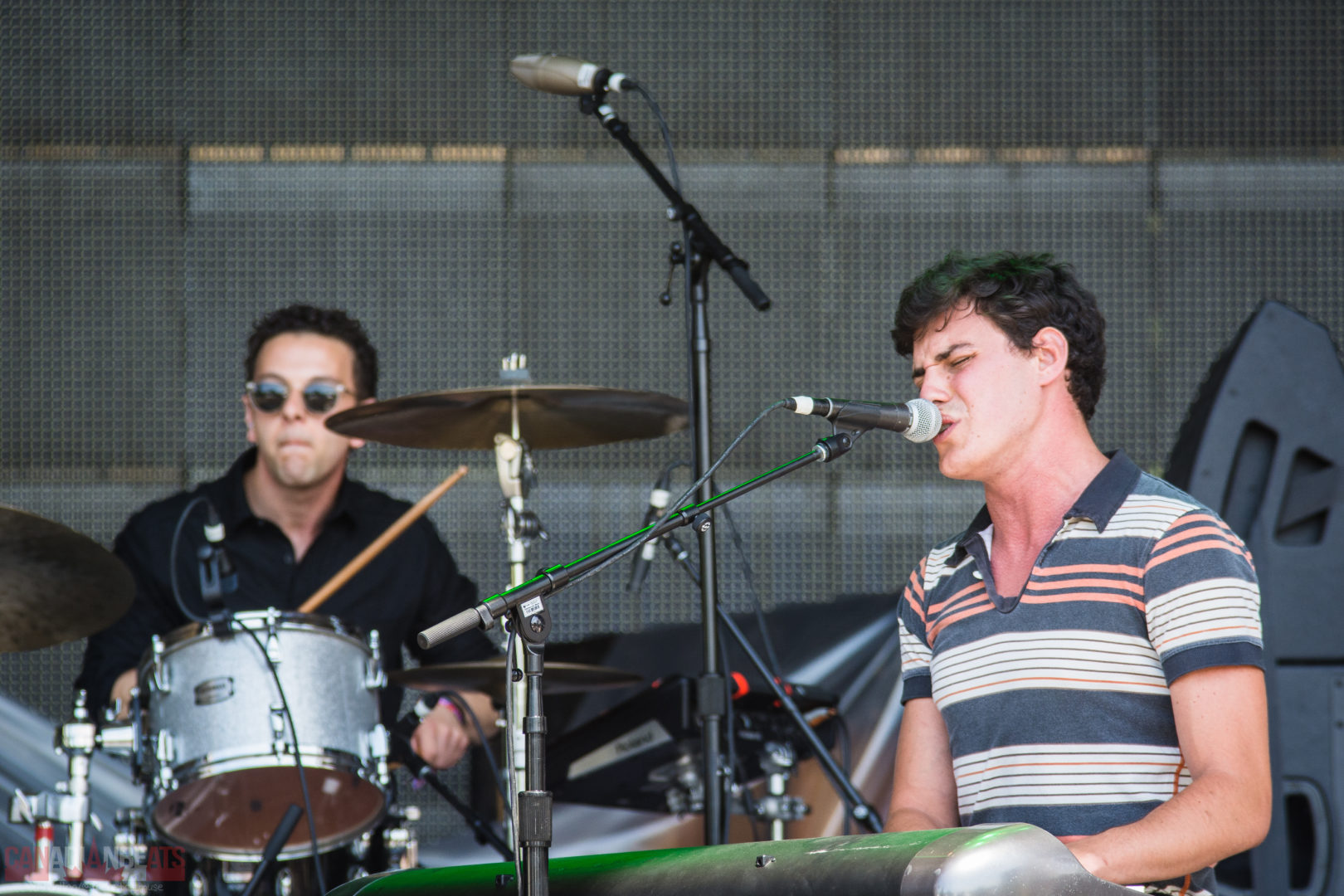 Taking a break from the sun and the main stage I headed over to the TD Fort York stage to take in The Beaches set. These ladies know how to put on a no holds barred rock show and were rewarded with some energetic dancing and grooving from the assembled crowd. 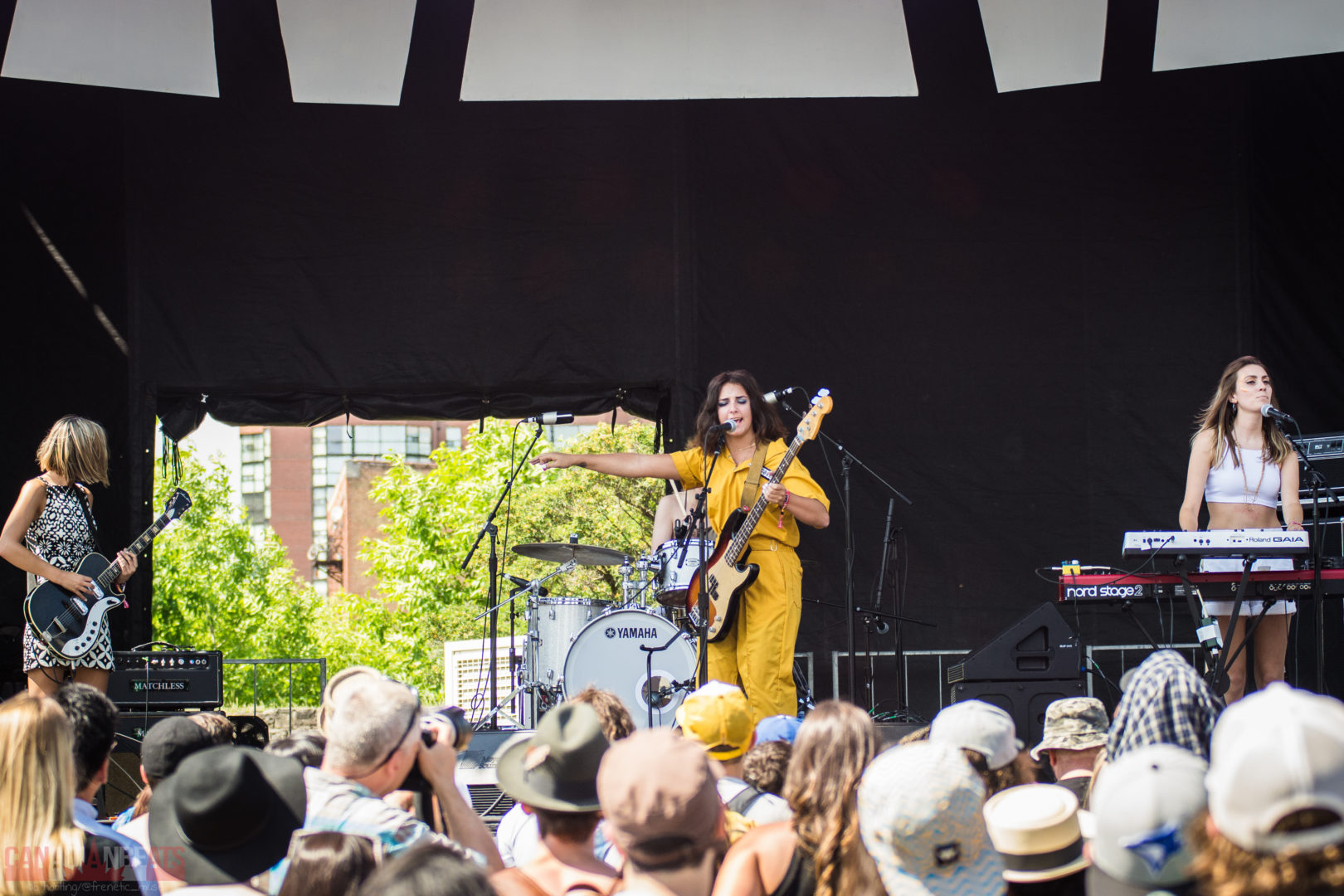 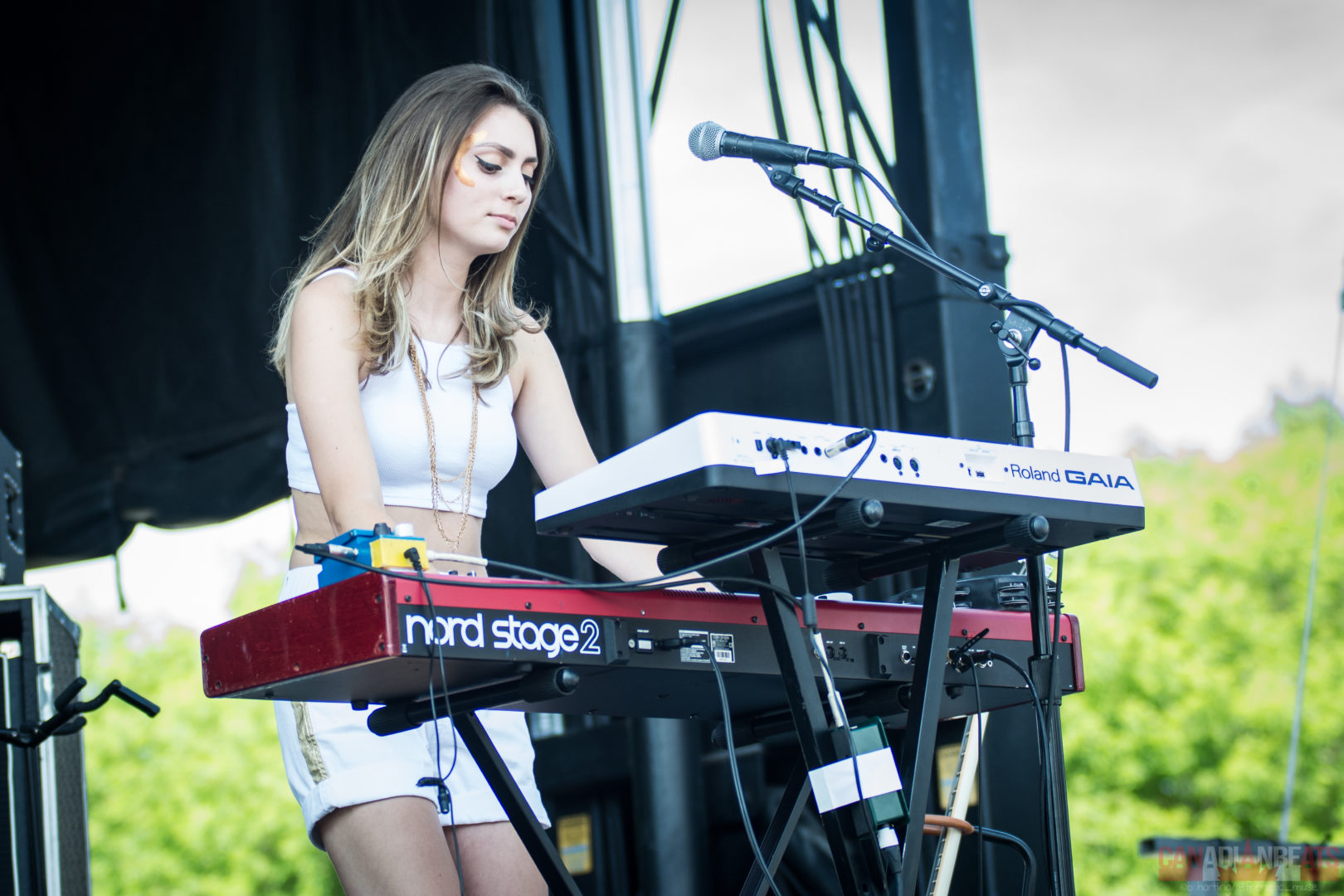 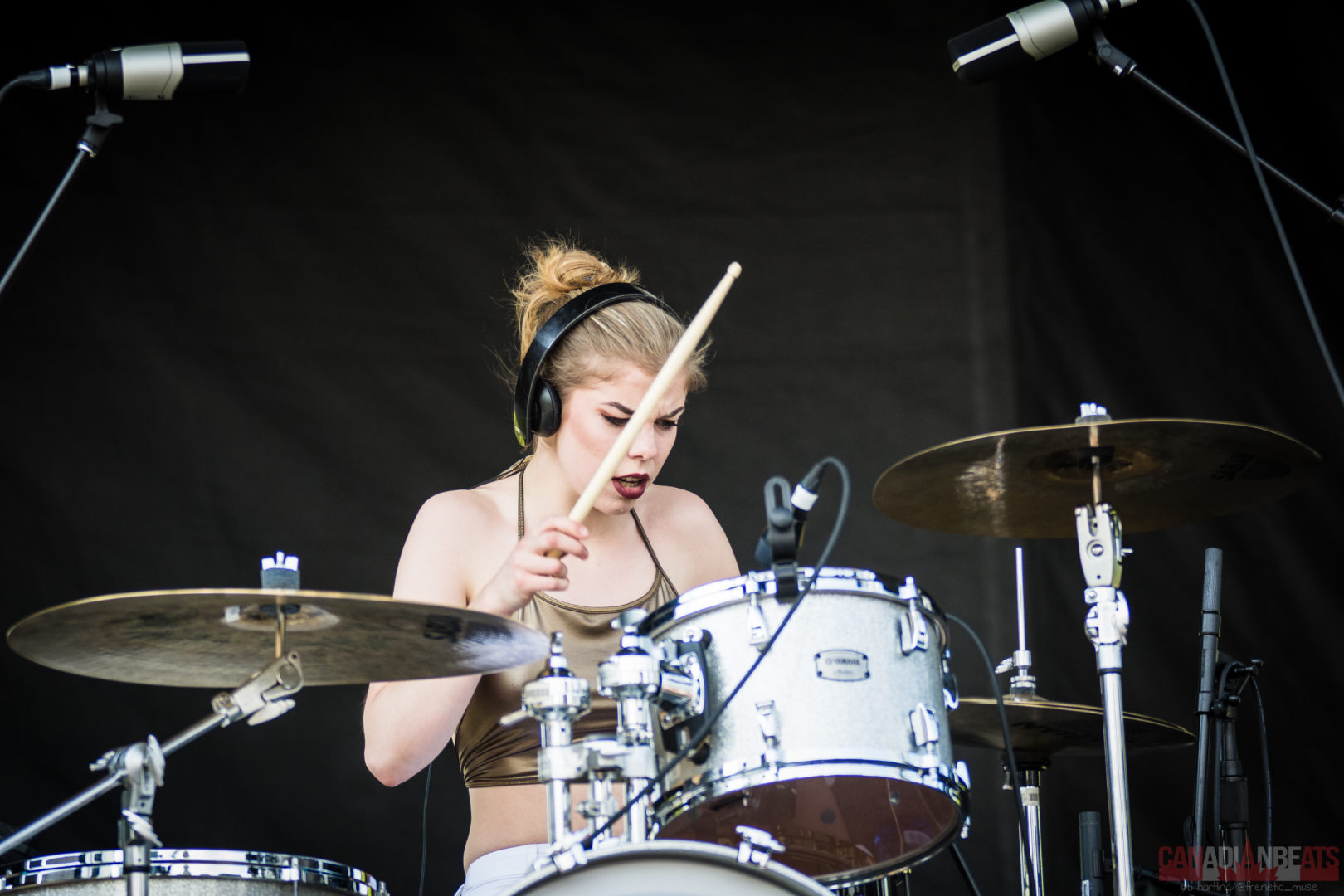 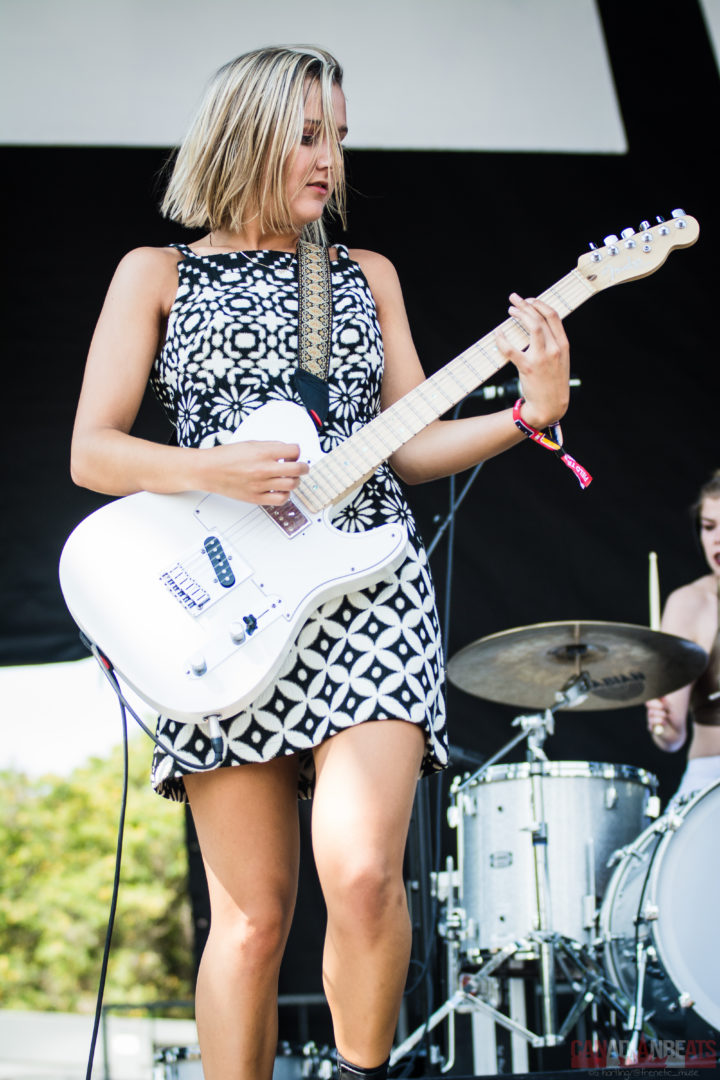 My favourite new discovery from Field Trip was undoubtedly Australia’s pop princess Meg Mac who wowed the audience at the Garrison Stage with her charm, humour and powerful vocal performance. 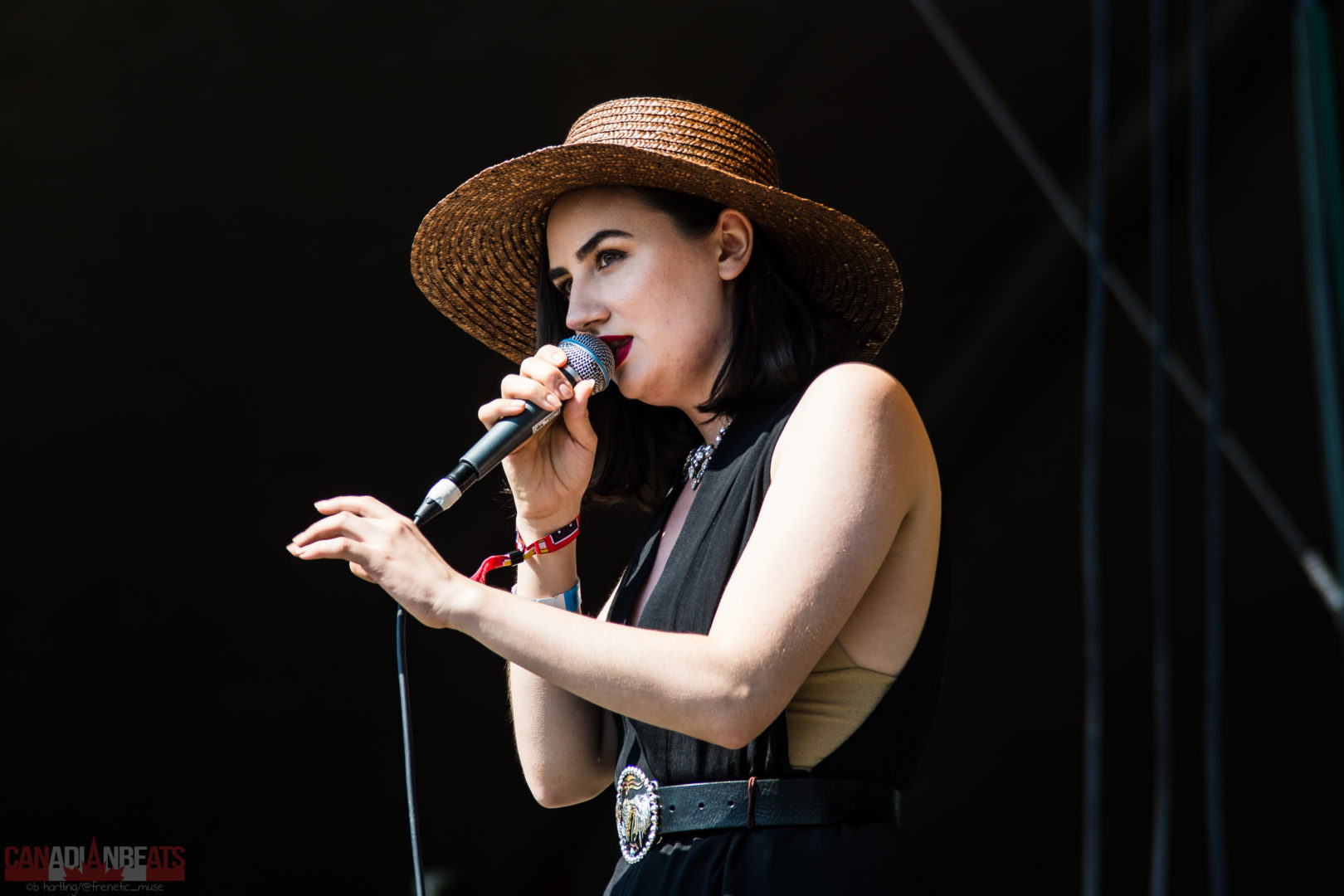 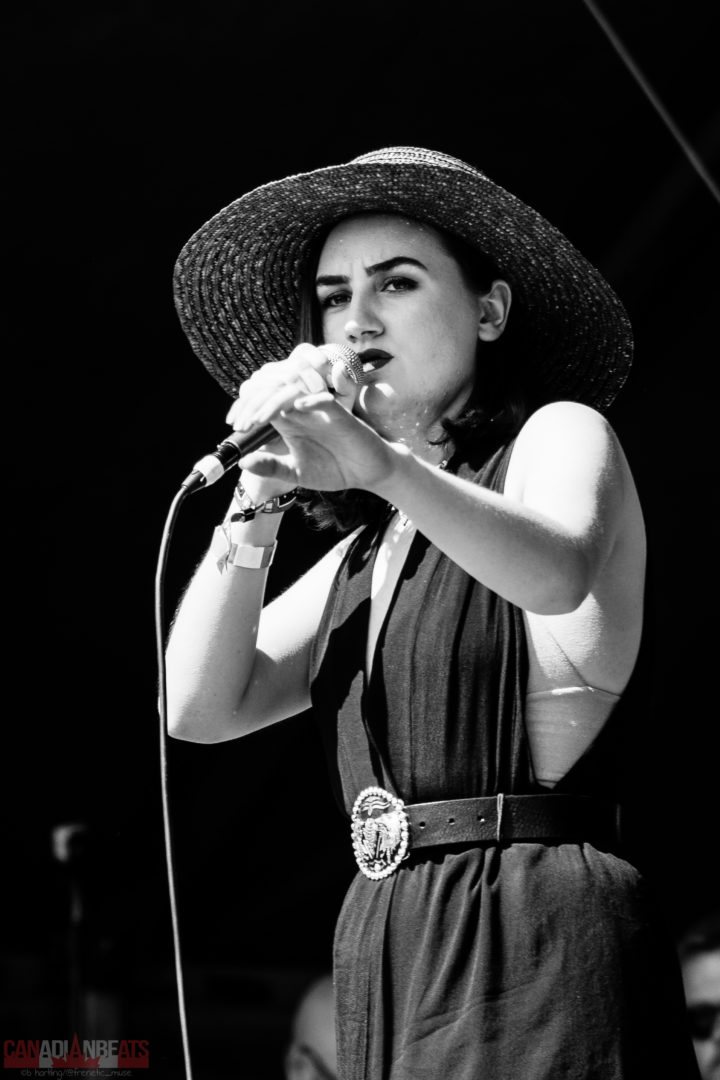 Fellow Aussies Boy and Bear followed her up with a good old fashioned, guitar heavy rock set. The Melbourne natives proved to be a perfect soundtrack to an incredible sunny afternoon getting summer kicked off. 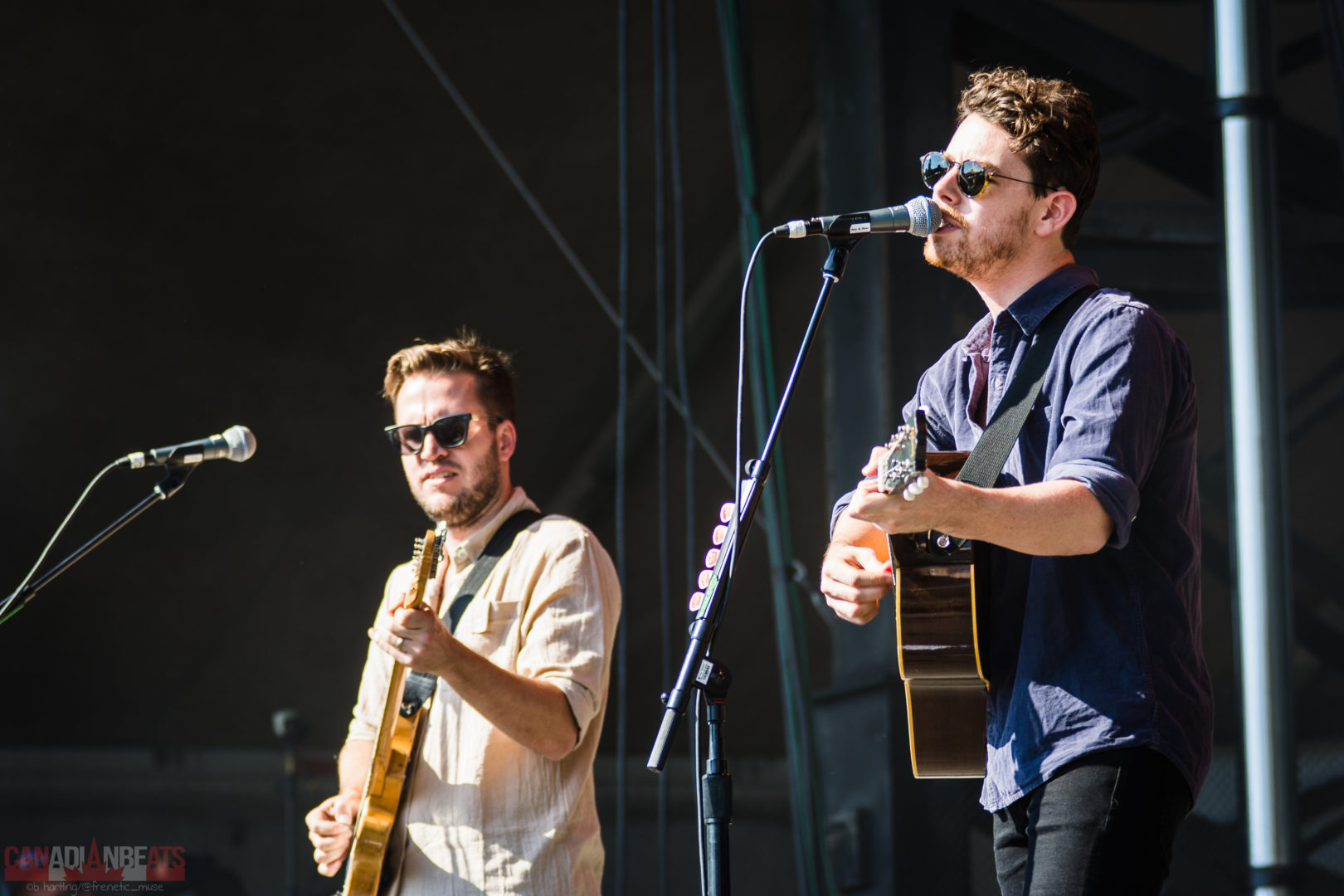 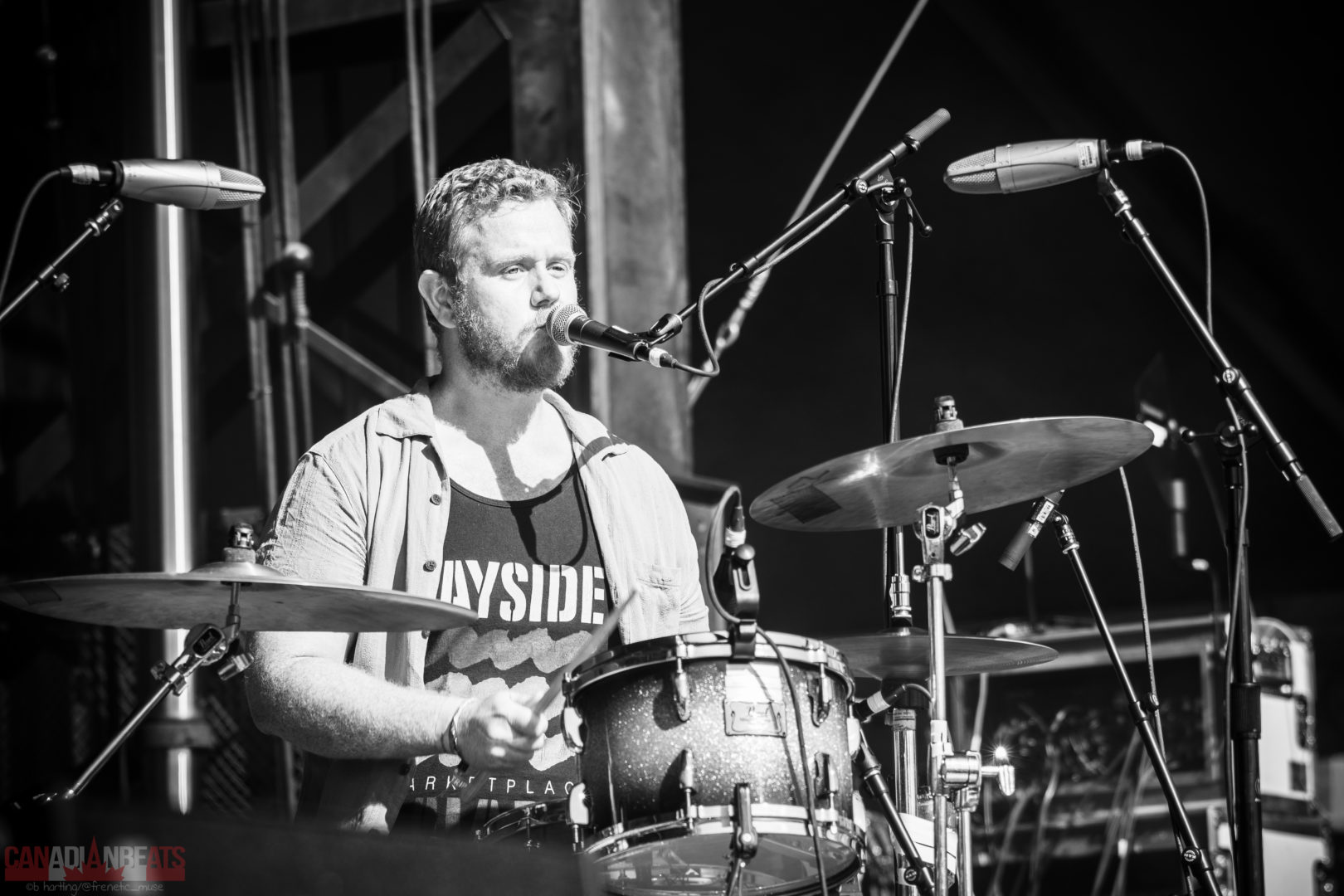 Inarguably the most interesting set of the day was Philadelphia’s Santigold who along with her dancers and accompanying video stream gave the crowd not only a great dance set but an incredible piece of performance art as well. 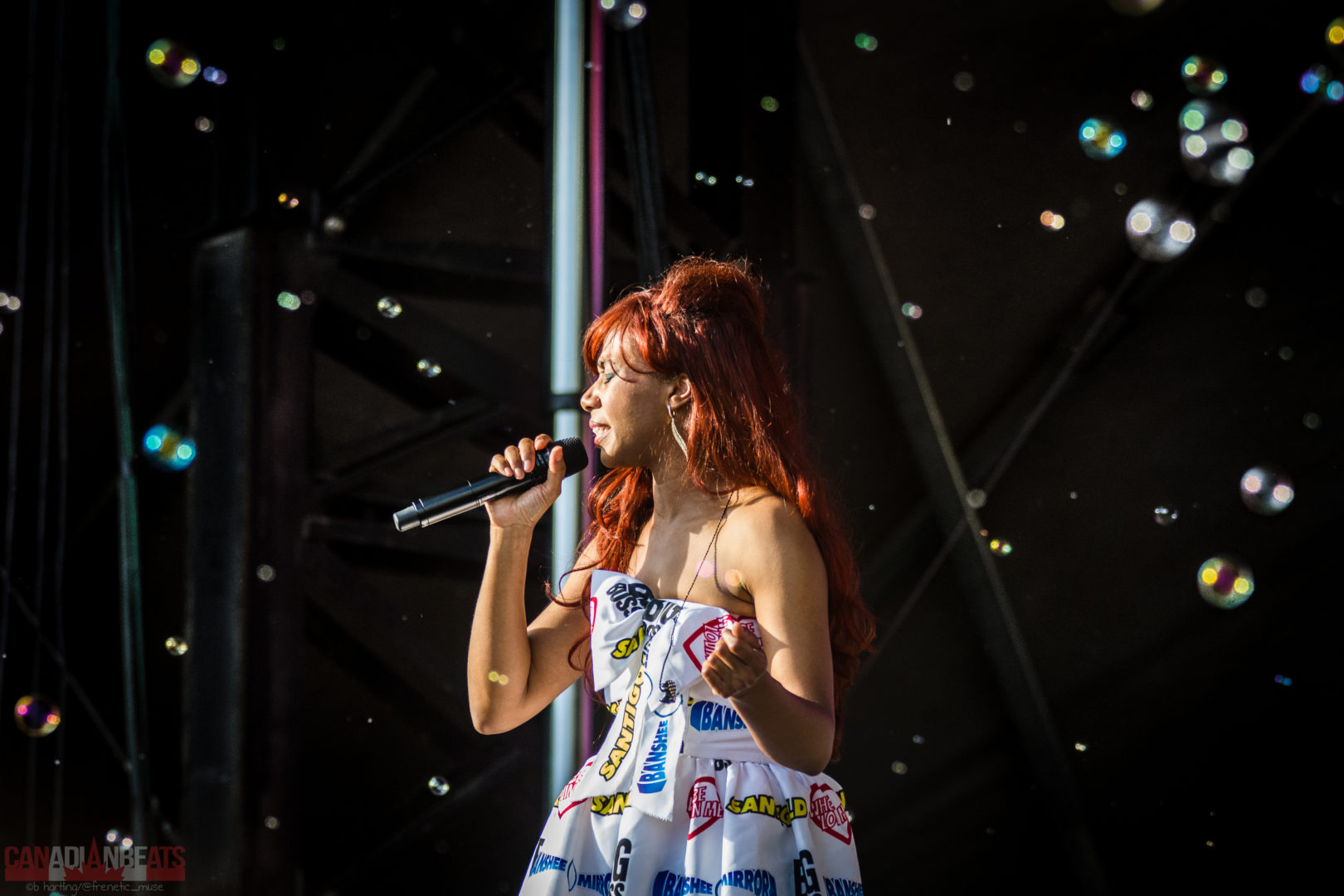 All it took was the members of July talk taking to the stage to set up their gear for the audience to erupt. Opening their set with their newest single “Push + Pull” the band instantly had the hometown crowd eating out of their hands. A touching moment near the start of their set saw front woman Leah Fey starting a chant of “HIP, HIP, HIP” which was quickly picked up by the crowd, in honour of The Tragically Hip singer Gord Downie who recently announced he was battling terminal brain cancer. Throughout the set we were treated to new material from the upcoming album along with old faveourites like “Guns + Ammunition” and “Paper Girl”. 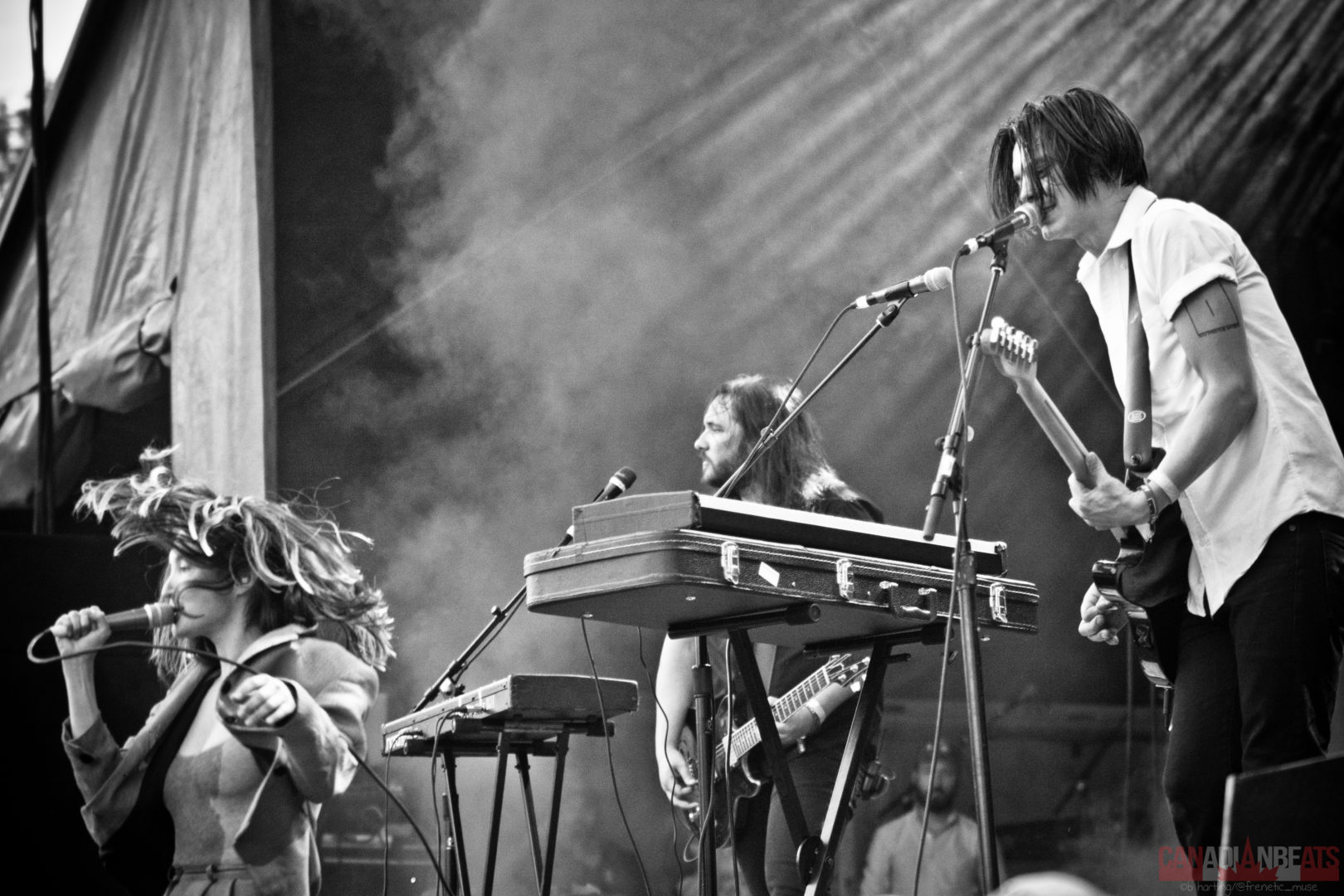 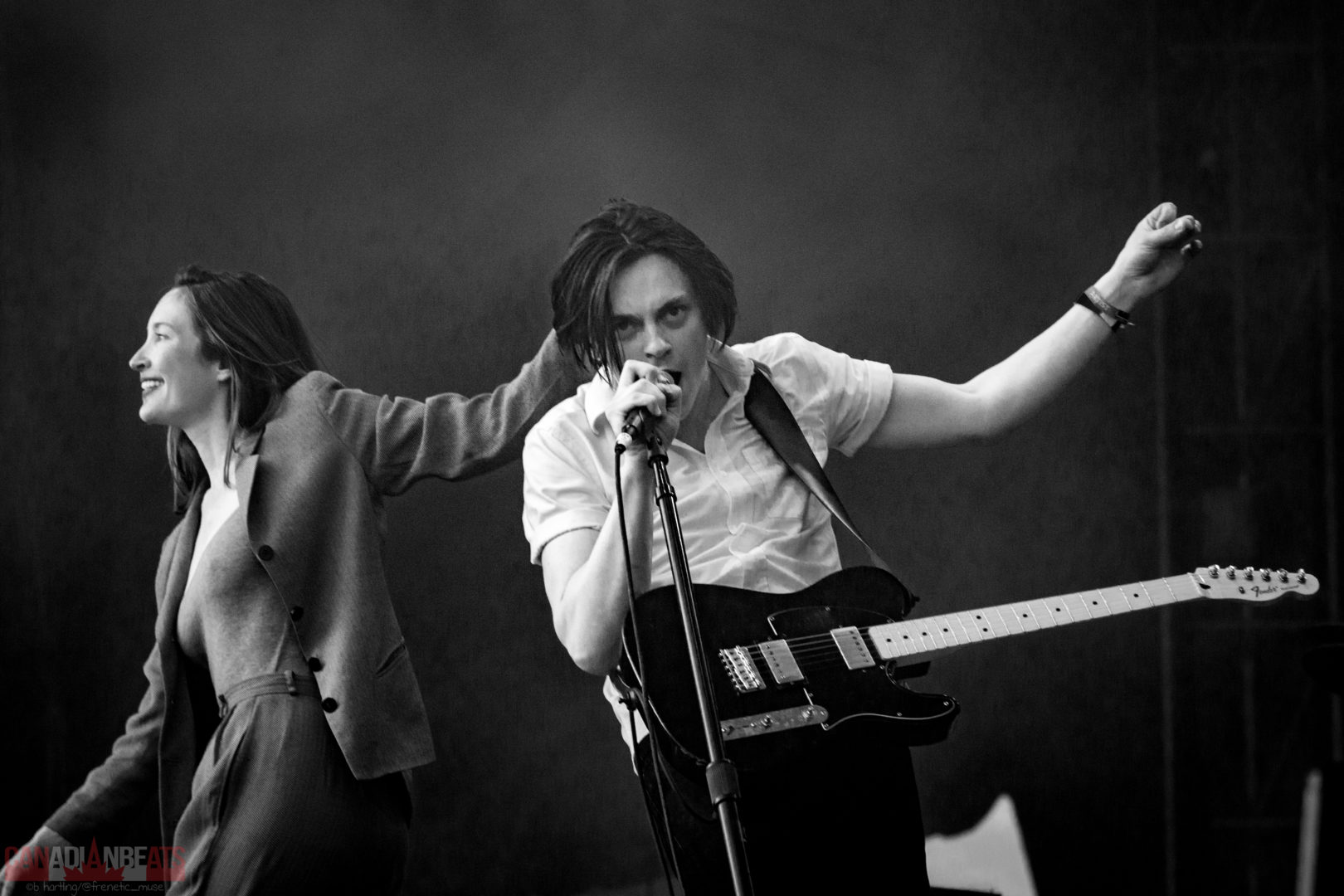 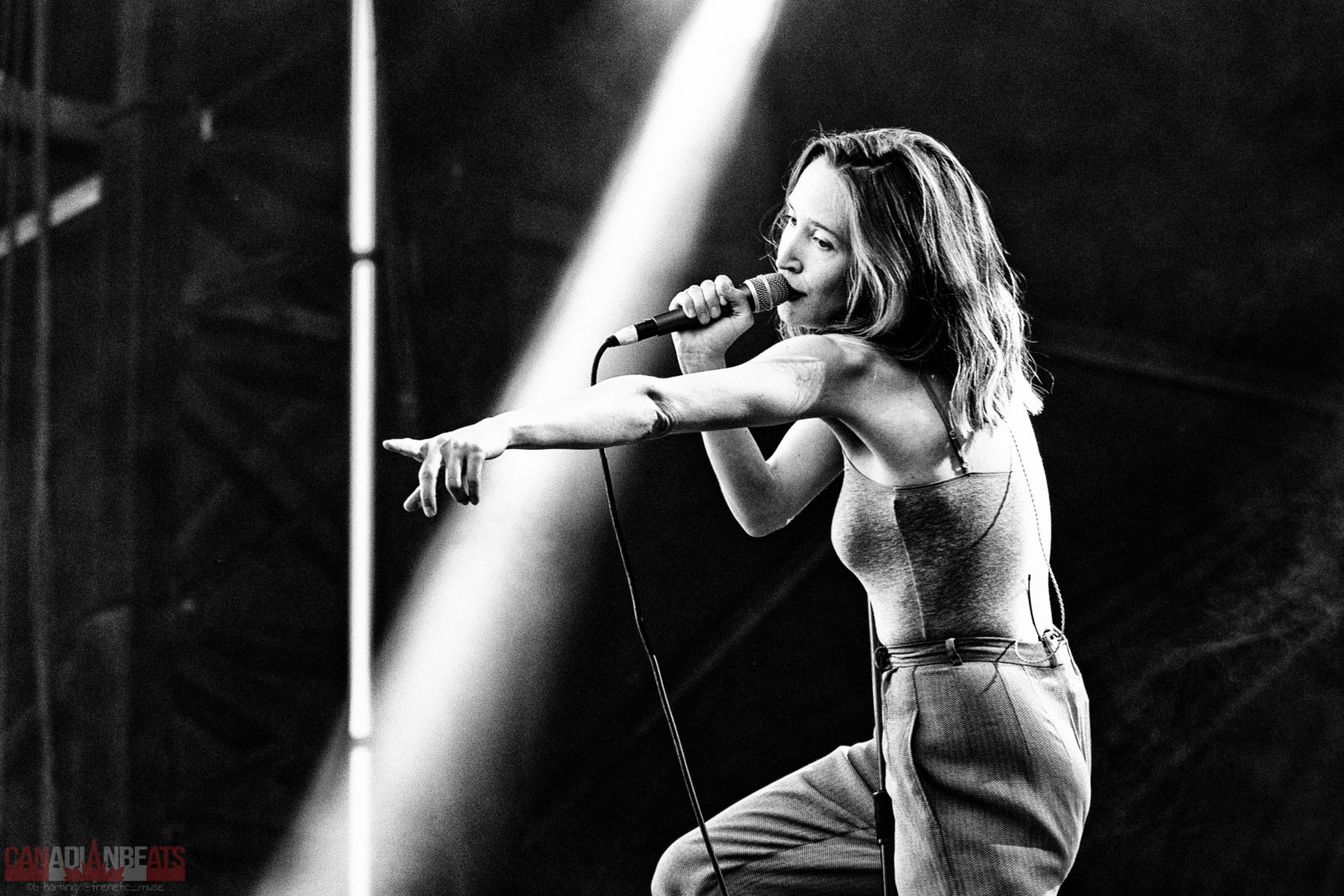 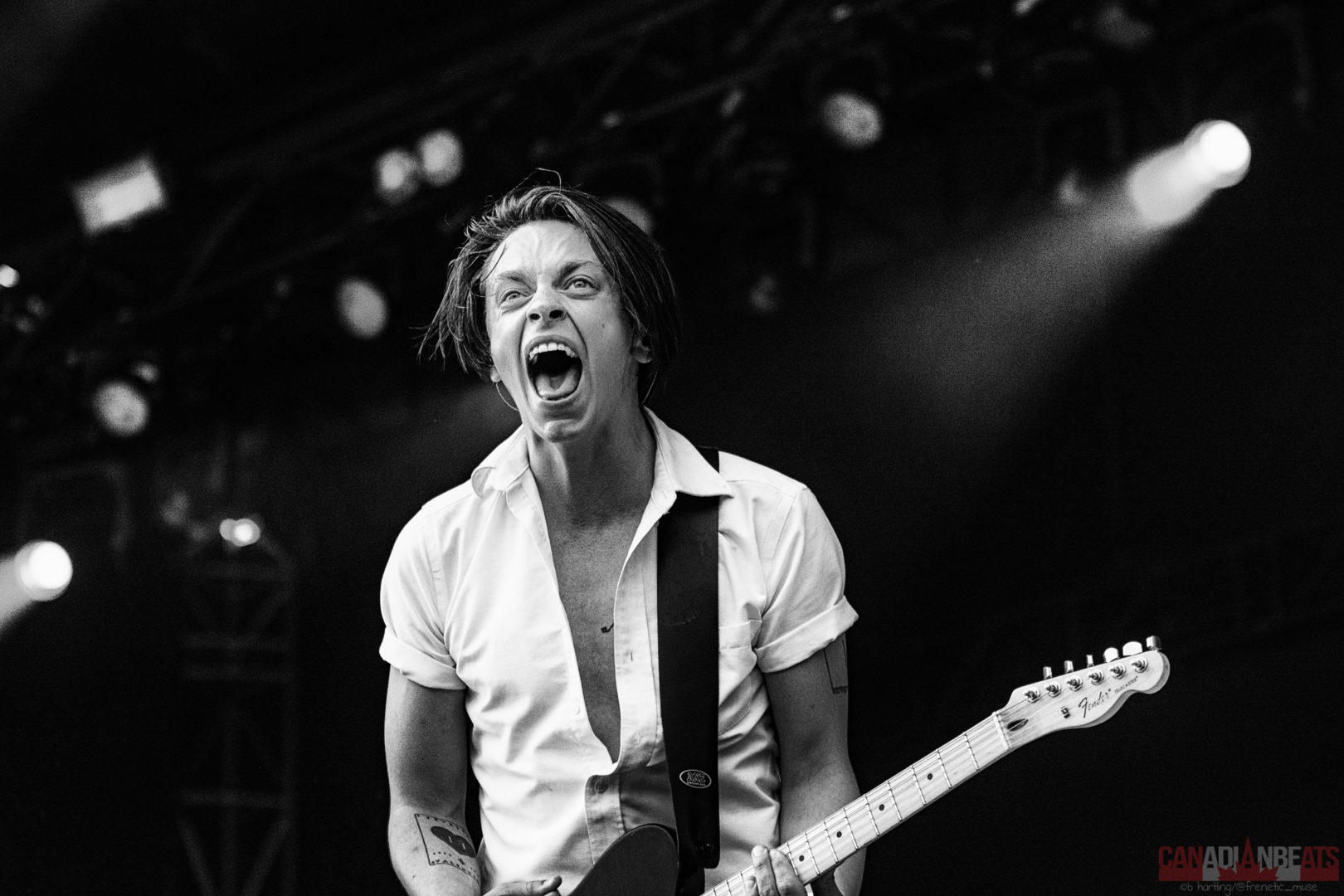 For what (in my opinion) was a perfect close to a perfect kick off to festival season 2016, event organizer Kevin Drew hit the stage to introduce Cincinnati’s The National filled the headlining spot with a 19 song set that left no one complaining.  From the opening beats of “Don’t Swallow the Cap” you could feel an electricity rippling through the audience that didn’t dissipate until the closing of “Vanderlyle Crybaby Geeks” at the end of their set. The highlight of the performance for many, including myself, came at about the halfway mark when frontman Matt Berininger brought Toronto native Hayden Desser on stage for a surprise duet of “I Need My Girl”. 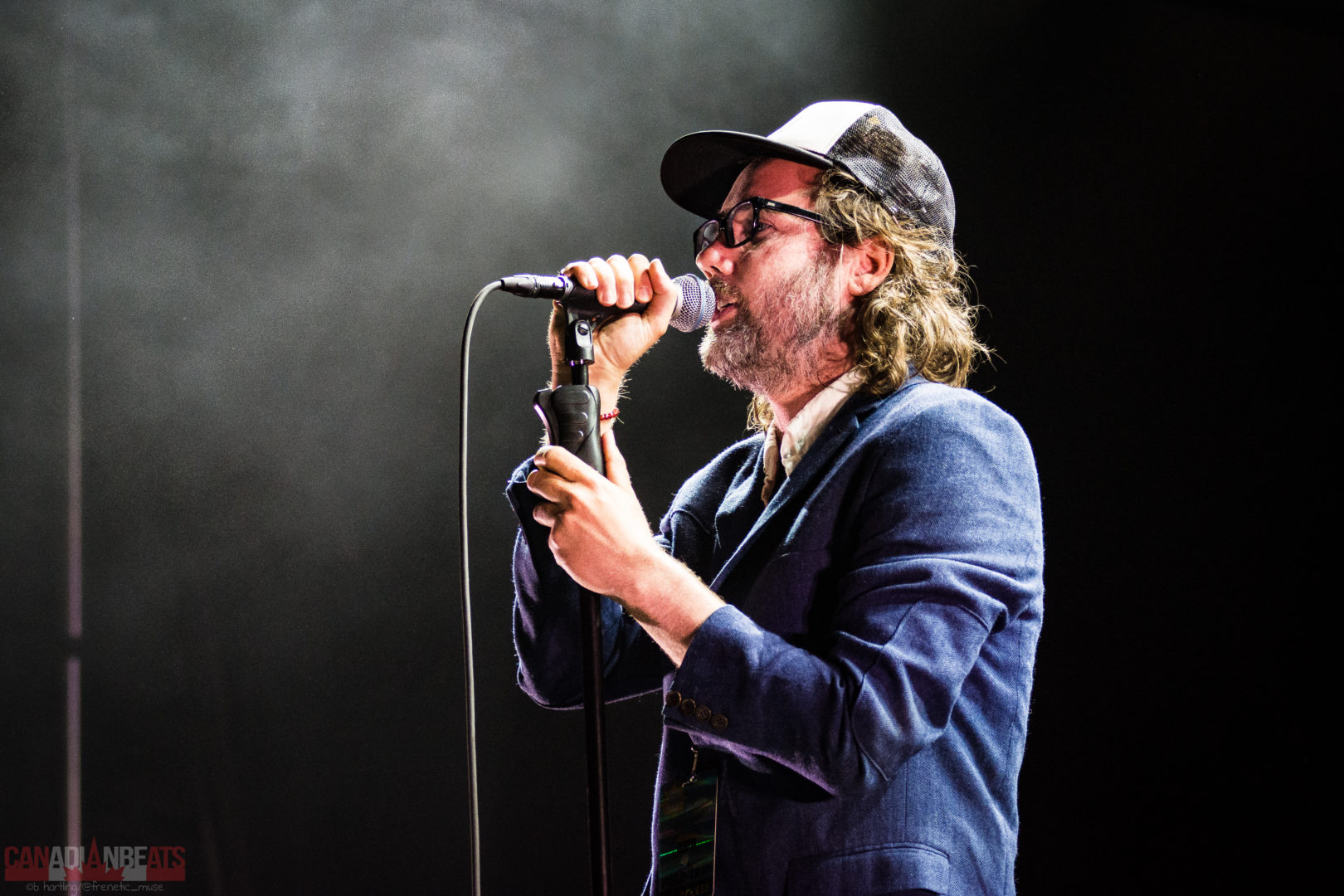 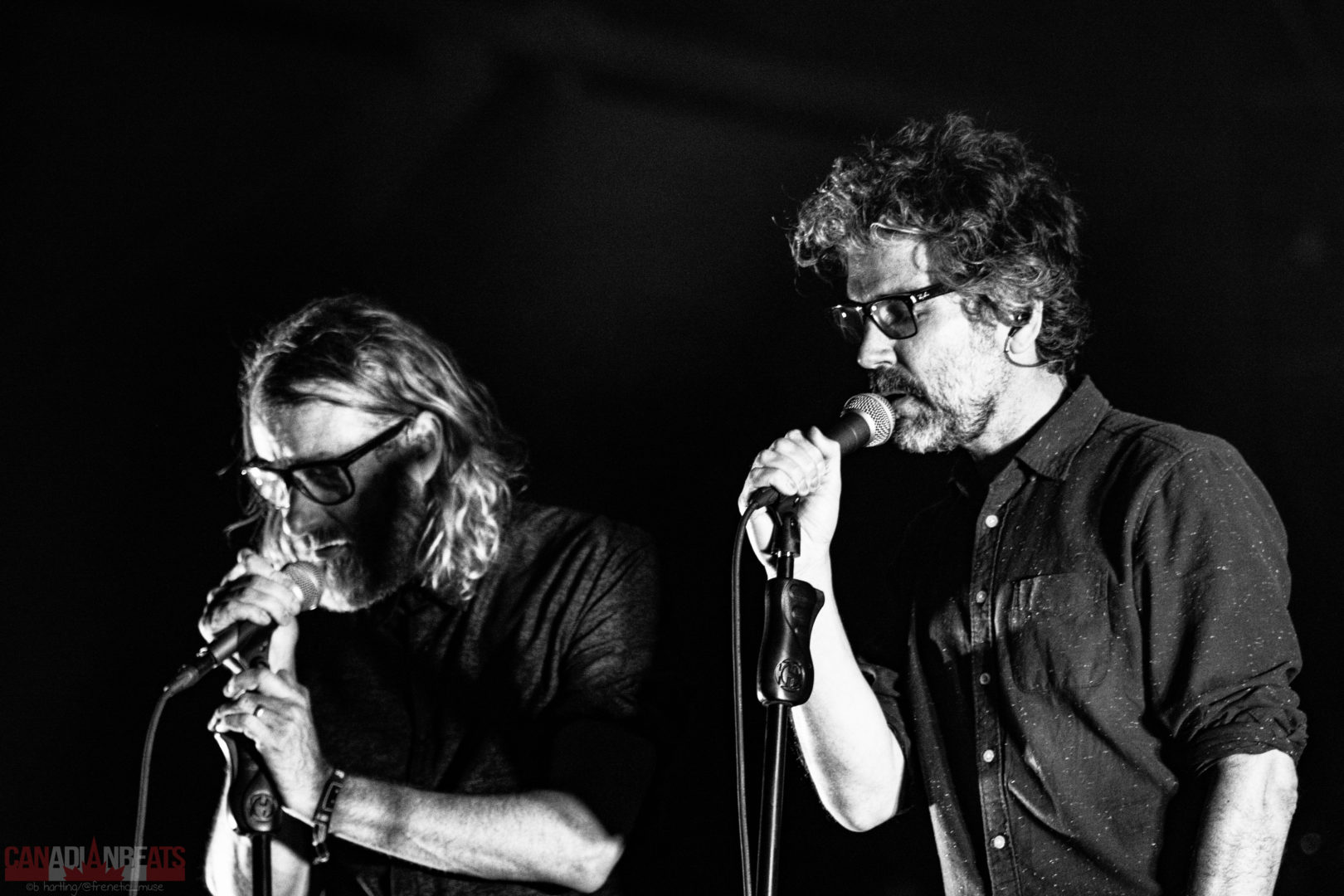 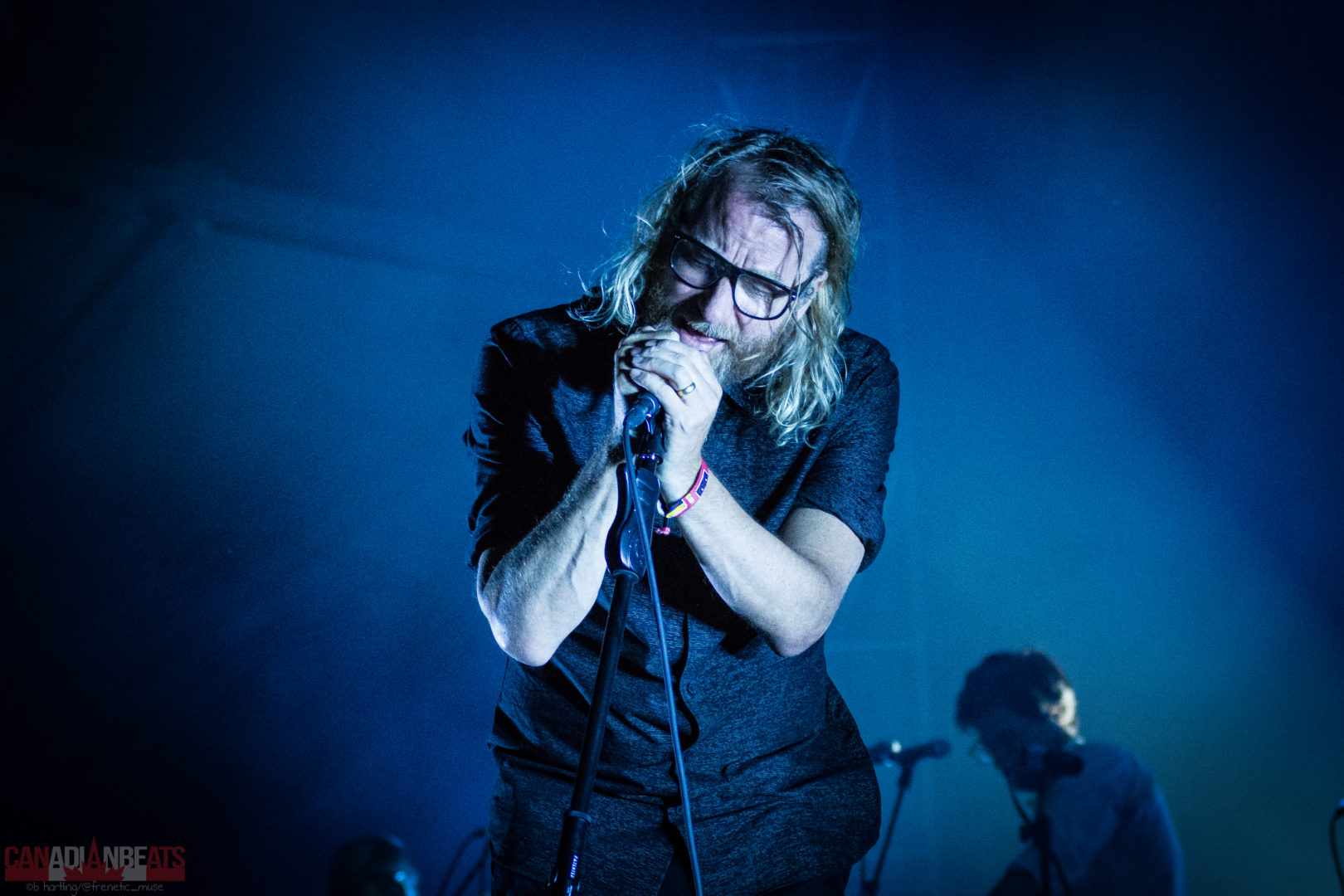 Outdoor music festivals have a “rain or shine” policy, but Mother Nature decided to put that to the test on day two and hit us with a torrential down pour and thunder storm which unfortunately required the site being evacuated for the safety of all involved. A special shout out needs to be given to the event organizers for their handling of an extremely difficult situation and for so patently dealing with disappointed festival goes on social media for hours.  After several hours the storm clouds lifted and things were back on with an abbreviated schedule and, thanks to the city of Toronto, a sound curfew extension.

As the crowd started filing back in in the early evening for an abbreviated schedule Eliot Sumner got things going on the TD Fort York stage. The young British bass player and singer gave a performance which more than proved the name he is building for himself is based purely on talent and not due to his famous father. Eliot quickly had a crowd gathering as he and his band rocked out as the sun re-emerged. 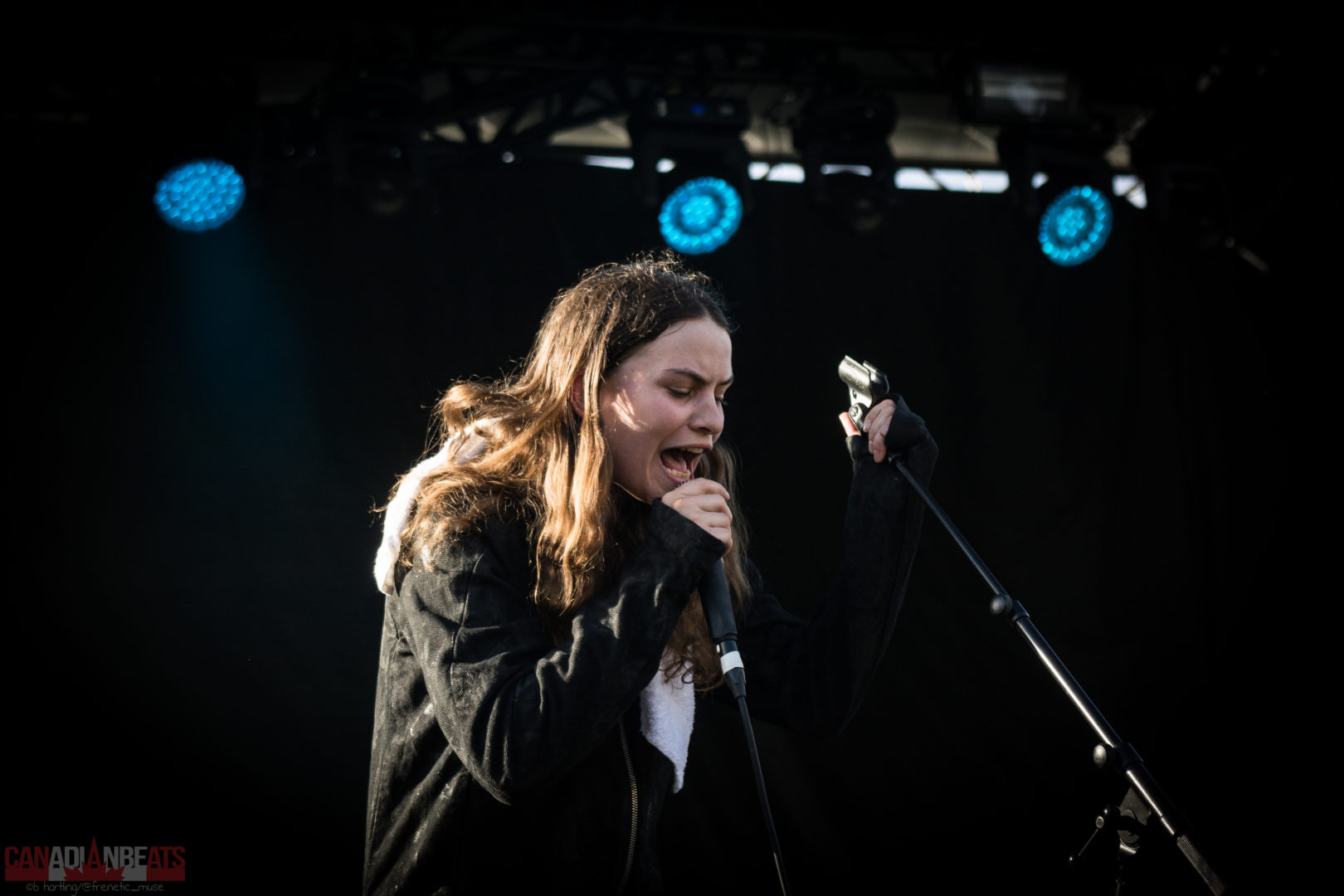 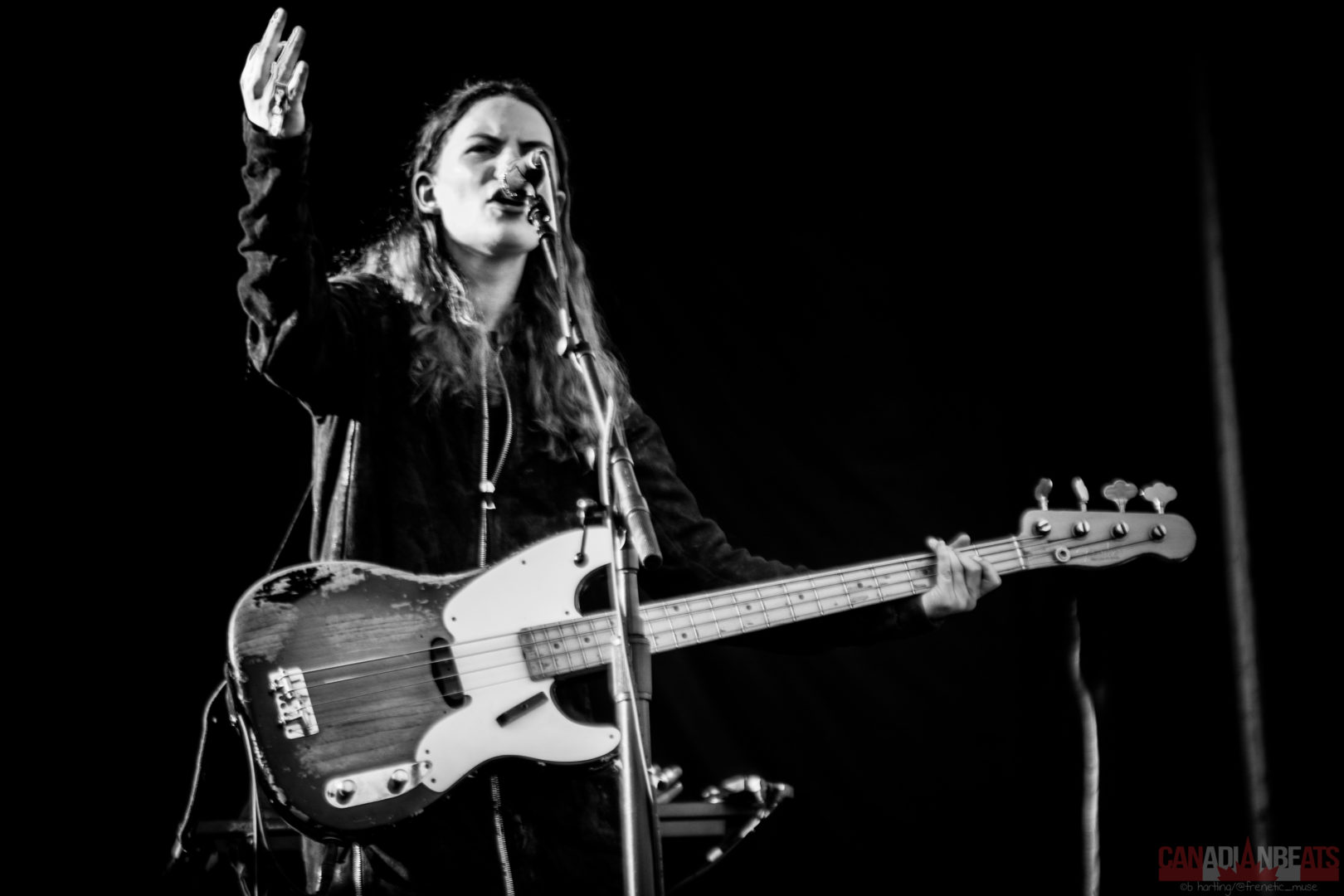 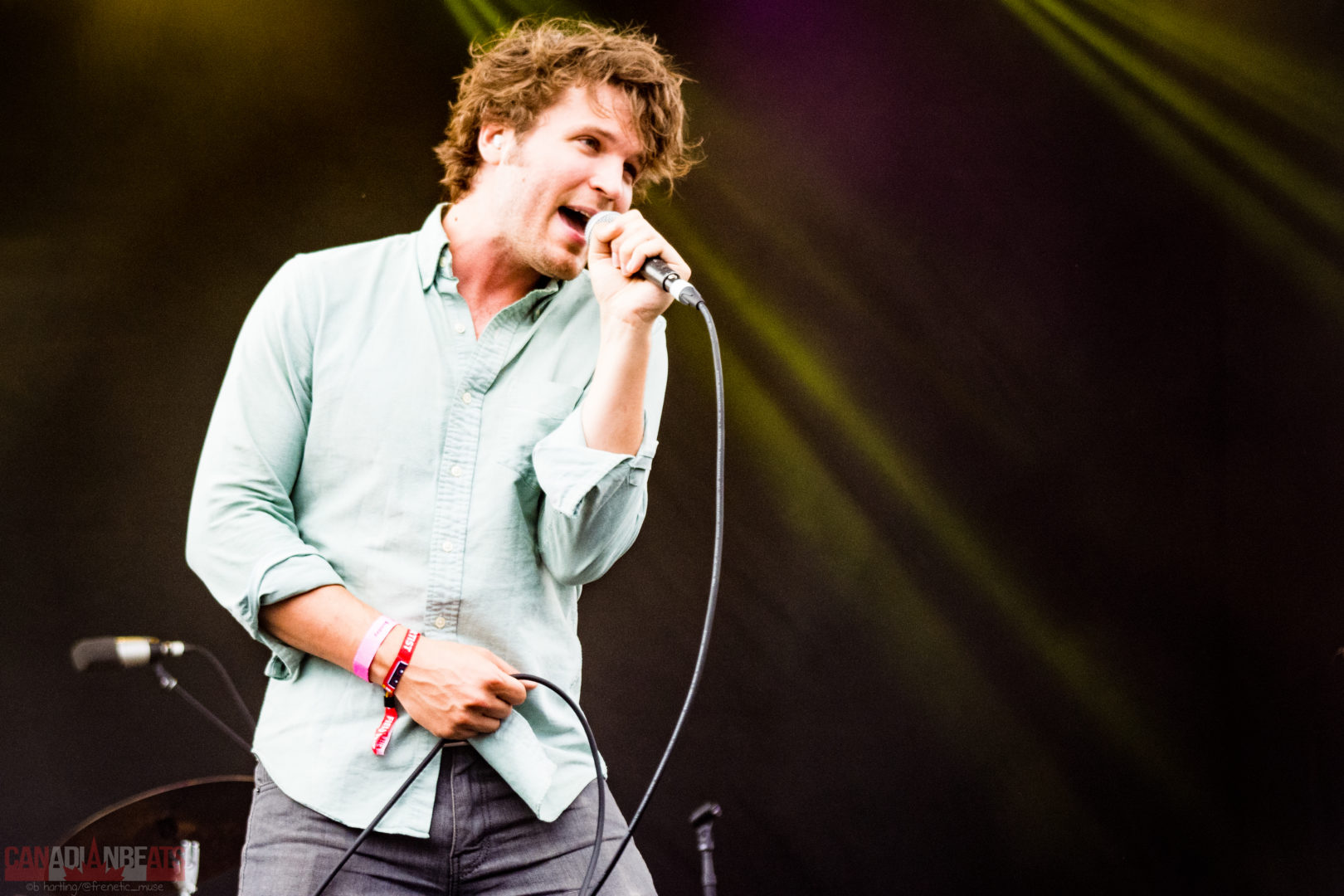 My final set at the TD Fort York Stage was Canada’s folk sweetheart Basia Bulat who gave a performance as shining as her outfit for the set. Aside from being a massive talent Basia proved herself to be a charming and endearing woman interacting with the audience, who continuously shouted praise her way.  The undoubted high point of her set was when she played “Tall Tall Shadow” and the audience broke into song along with her. 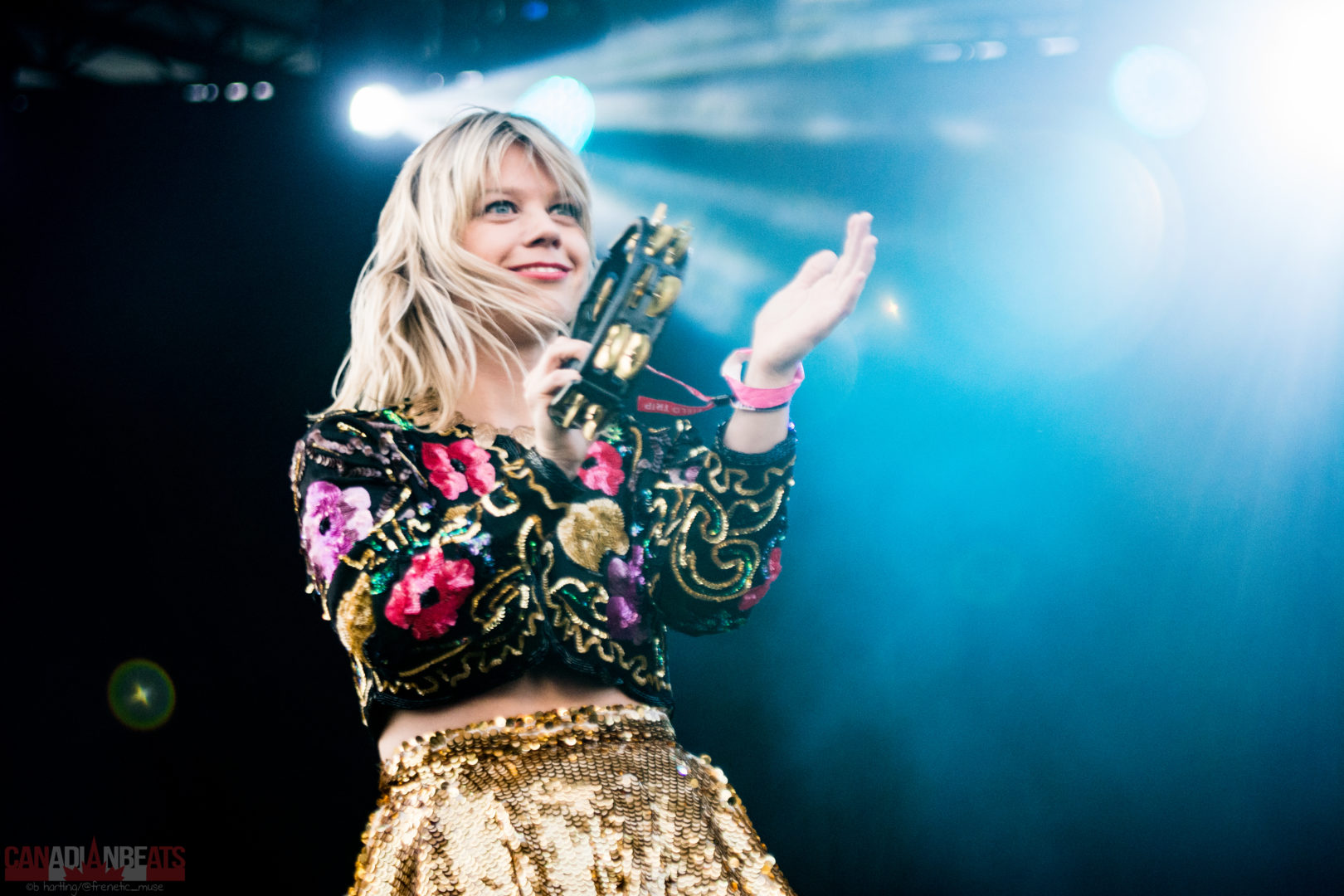 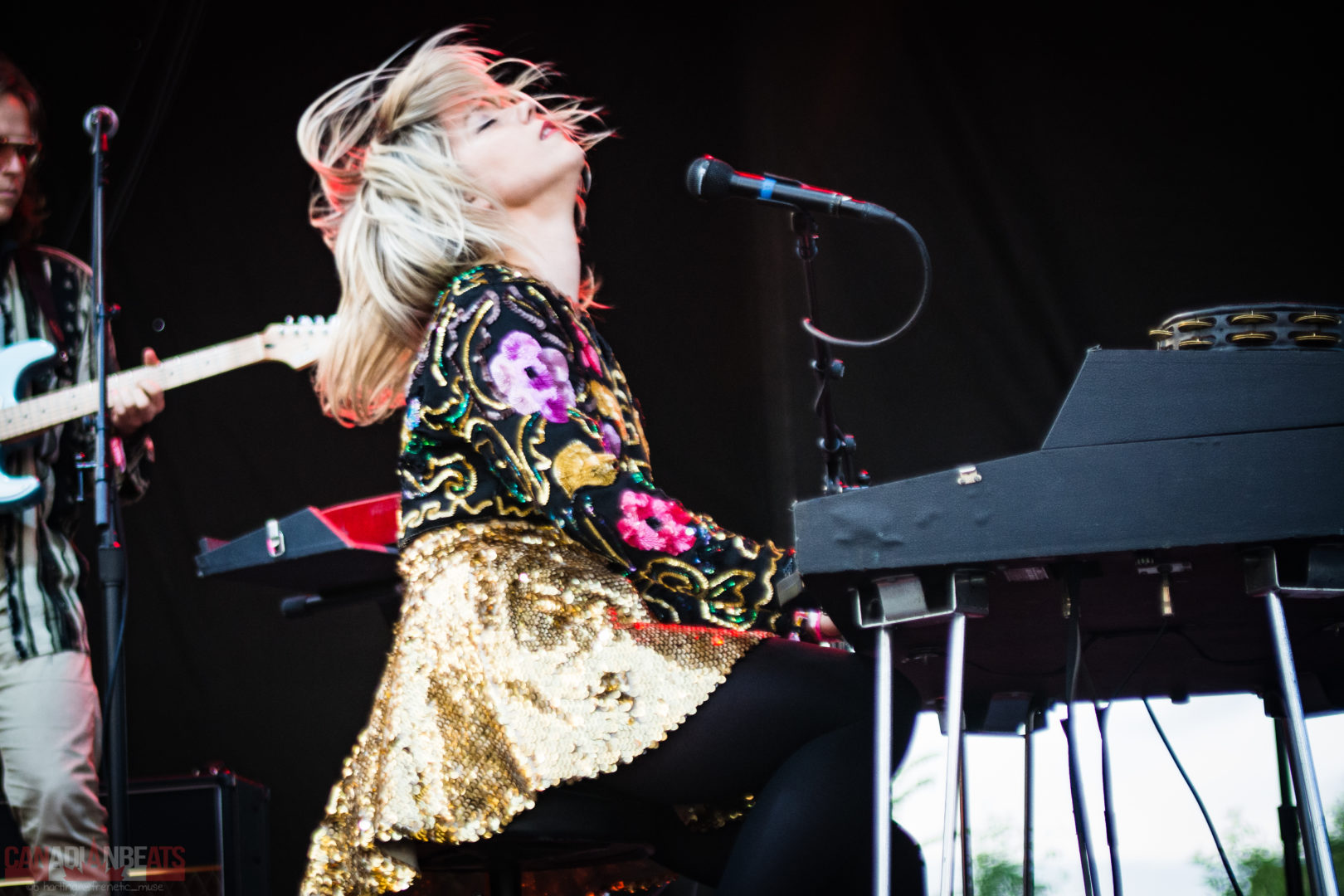 Closing out both the night and the festival Sweden’s Robyn had the crowd moving from the word go with her incredible dance beats. The headliner, decked out in silver shimmering body suit moved her way around the stage surrounded in mirrors under dramatic lights while flawlessly belting out her infectious tunes. 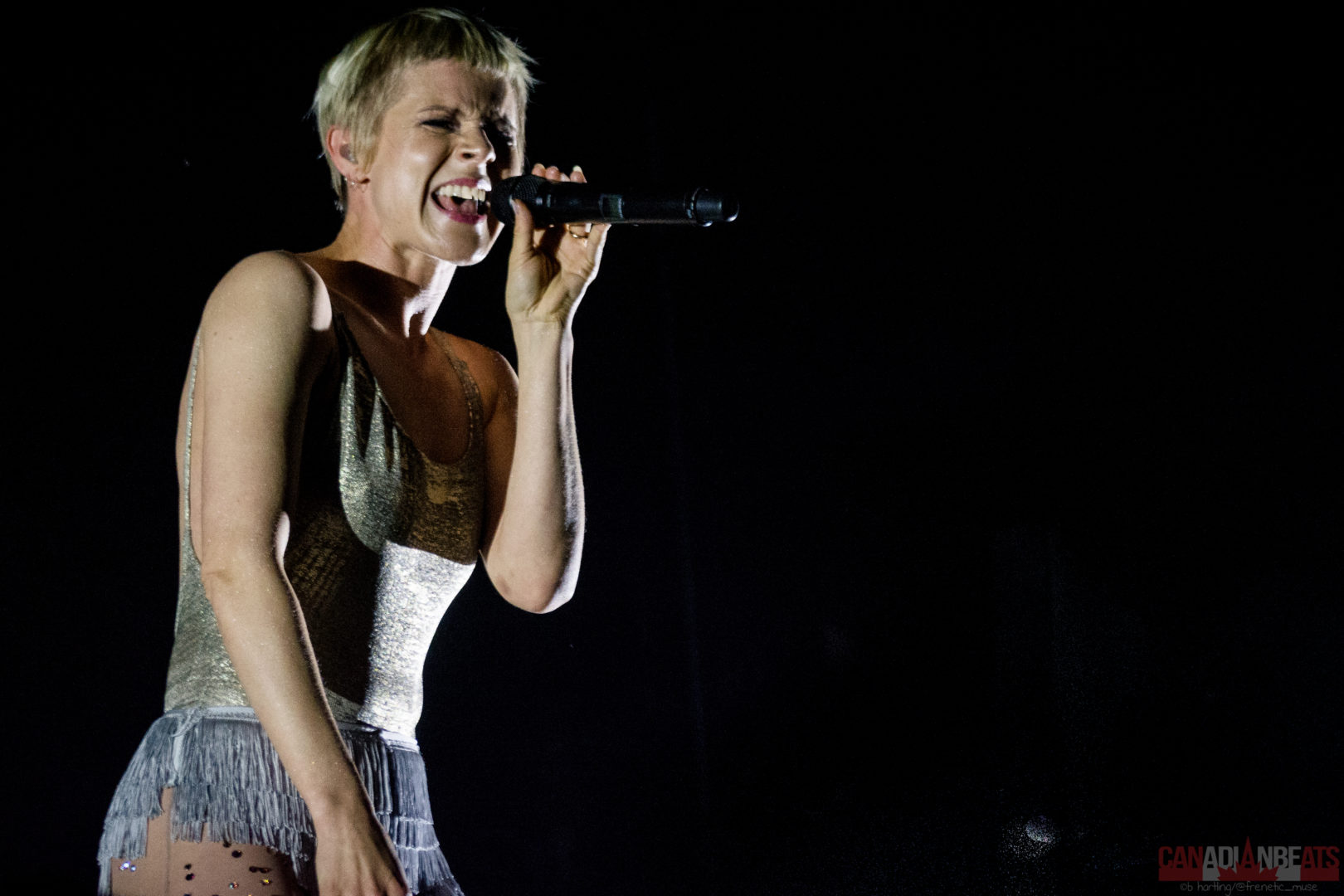 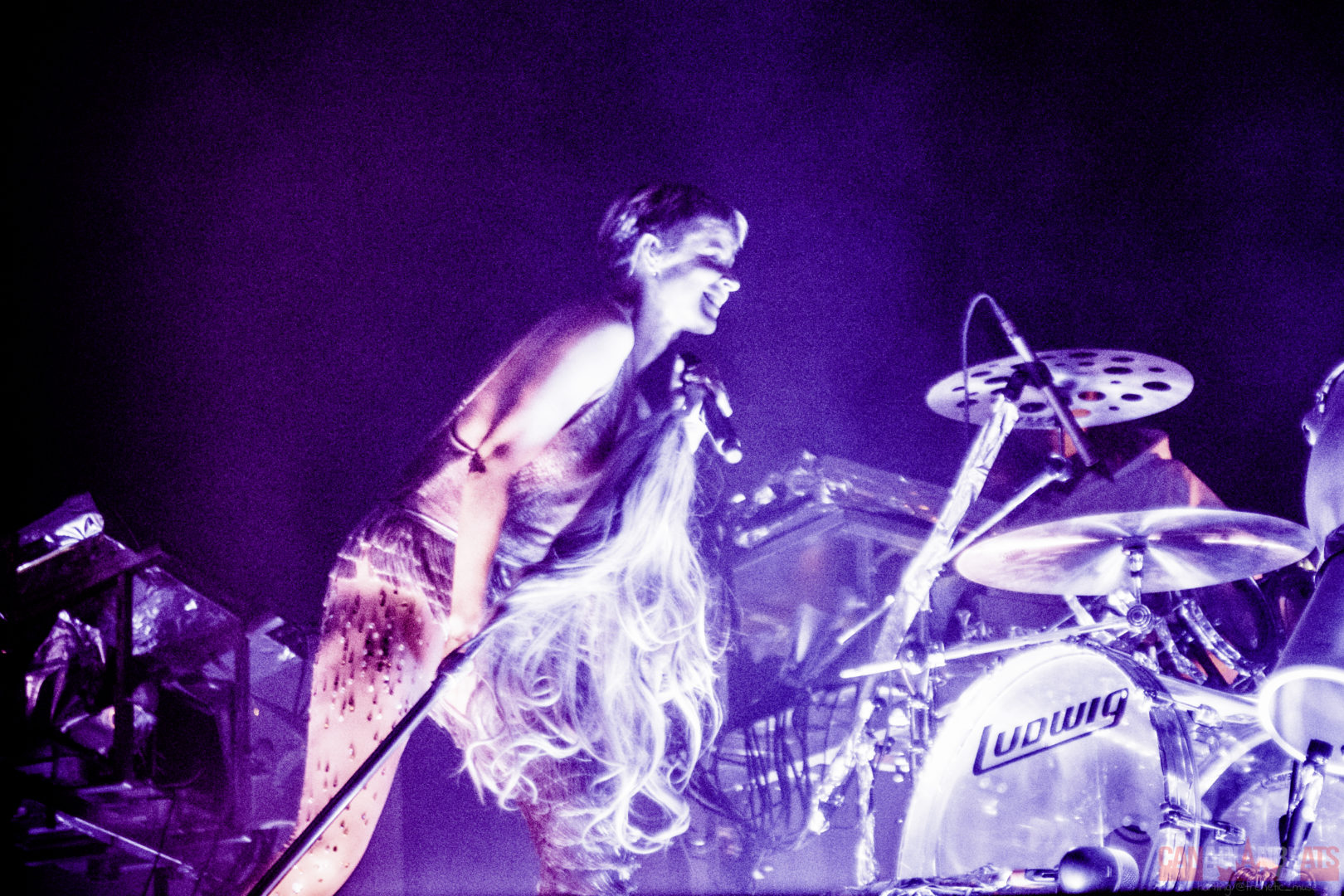 Making my way out at the end of the night I ran into Kevin Drew who, in truly Canadian fashion, apologized for the rain. Kevin and all the staff at Field trip… no apologies are needed. Thanks for a fantastic weekend. Let’s do it again next year, yeah?

See Canadian Beats full album of photos from the weekend on our Facebook page!