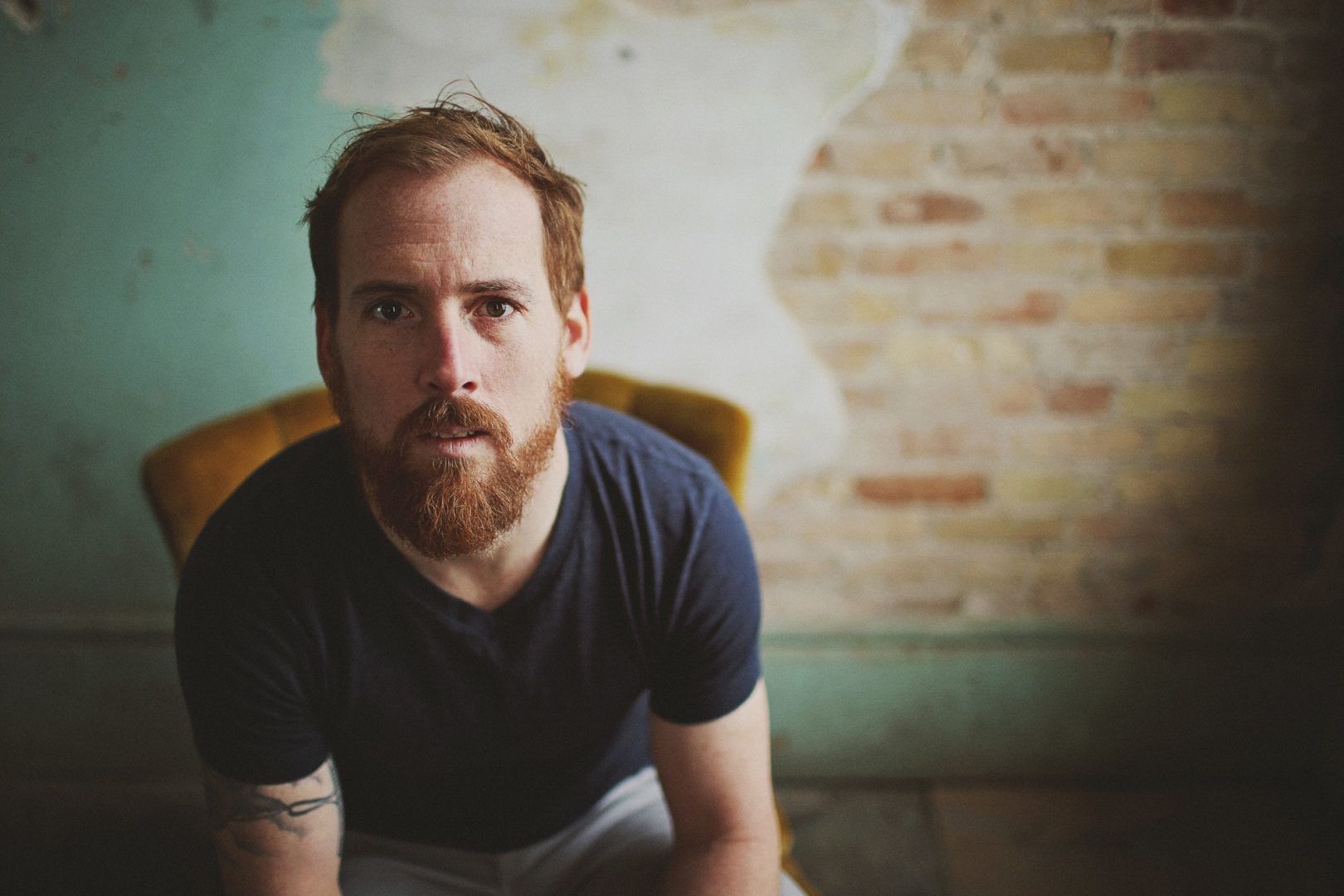 We recently had the chance to catch up with Deni Gauthier to discuss his most recent album release, Passenger (read our review on the album here), touring and his future plans.  Want to know about his driving pants?  Read on to find out about this and other interesting tidbits about this singer/songwriter from St. Thomas, ON.

For someone who has never heard your music before, how would you describe it?

I’ve struggled with that over the years… but I’ve settled on Space Folk. You know, singer/songwriter grows up on Radiohead and wants all the noises on every song. That’s me.

You released your most recent album, Passenger, on May 24, 2016. How does this album differ from your previous three albums?

It’s a bit more stripped back… Perhaps more honest. These themes have a dark undercurrent wrapped in pretty melodies. There’s less of a positive twist on everything and, perhaps, more realism.

Touring seems to be a priority to you as you tour up to 200 times a year. You have some tour dates announced for June and July for southwestern Ontario, where you reside. What can you tell us about your tour plans beyond the summer?

Summer is always full of great shows. So many opportunities to connect with people that dig the music. I’ll be touring the great USA for all of August. I like that, I’ll play literally every night for something like thirty nights in a row. Then it’ll be time to tour Canada again. Perhaps east coast this year. I’m feeling like I need to get out there.

Do you have any plans to begin working on your next studio album?

Already started it. I’m not waiting two years to drop the next one. It’s half written already. My favourite thing to do is write songs…

What do you do for fun when you are not working on music?

I BBQ a lot. Like really nice slow cook with charcoal and smoking wood. I also have four kids, so I mostly try to survive that… I really like a good nap once in awhile as well.

What are your thoughts on the importance of social media in the current Canadian music industry?

Well… funny you ask. It’s not as important as you think. I mean, there’s no way around it. It’s essential, BUT, even more important is to build a local scene and an old school email list so that when you send an email people actually see your message. Social media is really important, but I can see much of the artist’s control over reaching his/her fans being taken away.

Which Canadian artists would you like to collaborate with in the future?

I’m such a lone wolf.. but you know, I’d love to collaborate with Buck 65. For real, I really think we could knock something really pretty and meaningful out of the park.

Do you have a go-to cover song when you perform?

“Hey Ya” by Outcast and “Wheat Kings” by Tragically Hip. Every time.

What is your most memorable tour story?

There was that one time when I jumped off a boat after a show in Istanbul to save a drowning woman… True story but a long one. Worst part was that I was left on the wrong side of the Bosphorus Straits (it’s the water that separates the Asian and European sides of Turkey) with no translator and no way to communicate where I needed to go. Thankfully my people had our ferry boat radio the ship I ended up on, with directions.

What are the three must-have items you would take with you while on tour?

My travel mug I got from Teavana. It’s the best. I drink Throat Coat out of it in the afternoon and it stays hot allll dayyyy. Joe Rogan podcasts on my iPhone while I drive. Seriously, I’ve never gotten tired of them. And my driving pants. No one loves being stuffed into restrictive jeans all day while driving… you end up guiltily unbuttoning the top of your pants so you can breathe while regretting your last few months of meal choices. Nope, I buy a hip pair of track pants (fortunately that are kind of stylish right now) that I wear all day until I reach the green room at my show and THEN I stuff myself into pants I wouldn’t wear otherwise. Driving pants.

Father, writer, creator, the older he gets the less he knows, late bloomer, noise machine, dreamer.