Top 5 acts to catch at Bestival 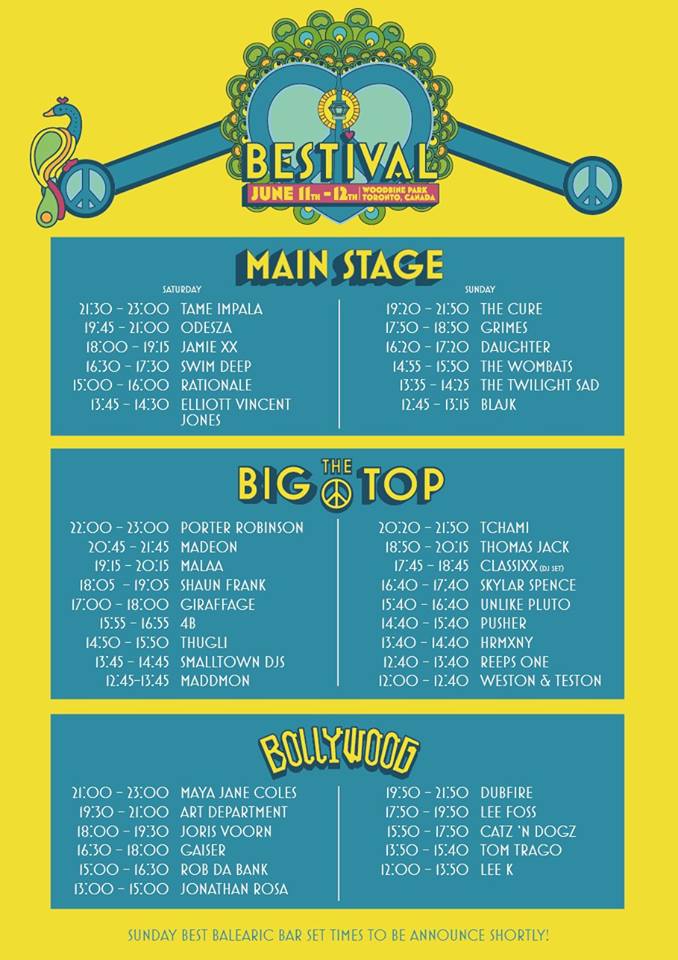 With Field trip put to bed Toronto is gearing up for Bestival to take over Woodbine Park. Though it’s UK namesake and forbearer has been closing out the British festival scene every September since 2004, Toronto’s second installment of Bestival is once again making a name for itself as one of the openers to the Canadian circuit. Though there is so much more to this fest beyond the music, when it comes right down to it we all know the line-up is what gets us coughing up cash to buy passes and once again the Bestival TO team have us screaming “SHUT UP AND TAKE MY MONEY”!

With so much great live music and DJ sets taking place over the two day event there are going to be some tough choices to make so to help you out here is my top five must see acts. Keep an eye out for me (I’ll be in my Canadian Beats t-shirt) at any of these performances and come get your picture taken for the Canadian Beats Festival Season 2016 album.

One of the best throw backs to 80s new wave you’ve probably never heard of. Elliot Vincent Jones will completely seduce you with him dreamy vocals and sensuous beats. If you’re a fan of Depeche Mode or Duran Duran you need to check this kid out.

For any fans of EDM Frank is not to be missed. Getting his start in his early teens his DJ sets have evolved into a unique sound and style combing some of the freshest electro bets on the scene with live vocals. If you want to get your dance on Shaun Frank is sure to get you moving.

Canada’s dream pop sweetheart, Grimes is set to hit the main stage Sunday evening for a set that is guaranteed to be a treat for not only the ears but the eyes as well. Part frenetic performance piece part concert a live Grimes show is not to be missed.

With any festival the headliners tend to be the biggest draw but Bestival made sure that would be the case with both of theirs this year.  If you’ve never had a chance to take in the Australian psychedelic pop quintet’s live show you’re in for a treat. Not only do these lads know how to set a mood they are one of those bands that, as good as their records are, they just sound better live.

Anyone who does a list of must see sets for Bestival and doesn’t include The Cure at the top of the list is either lying to you, lying to themselves or both. You don’t have to be a child of the eighties or harbouring an inner goth who refuses to die to be excited for this performance. The planned two and a half hours set by these iconic new wave rockers is going to be an epic close to the weekend.