By Remington Fioraso on June 4, 2016@https://twitter.com/RemingtonFD 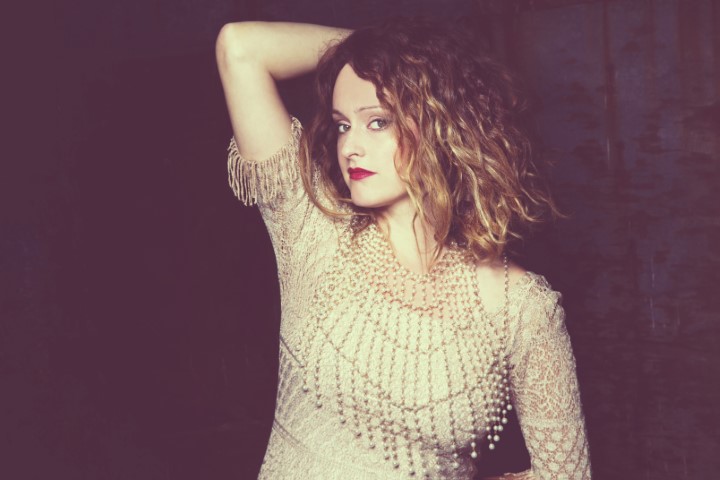 I recently had the chance to ask Toronto’s Jadea Kelly about her new album Love & Lust, music video for Make It Easy, and upcoming shows.  Be sure to pick up a copy of Love & Lust on June 3, 2016 and catch the singer on an upcoming tour date near you!

First off, can you tell readers a bit about yourself?

Sure ! I am a 29 year old songwriter / performer residing between Toronto and Nashville, TN. I grew up in Whitby, ON and have been touring & recording for almost 10 years.

I listen to quite a few female songwriters. This includes Gillian Welch, Iris Dement & Michelle Willis [who just released an AMAZING new record] I am also influenced by the likes of Jason Isbell, The Constantines, Hannah Georgas and American folk group ‘Hem’.

What, or whom, were your inspirations when writing?

I was processing a lot of heart ache and pain during this writing process. It was all I could do to get out of bed most mornings. I spent a majority of that time hiding at my parents’ home in the country or by the lake – so there is a lot of water imagery and nature scattered throughout the emotional lyrics.

How would you compare Love & Lust to your previous releases?

I feel as though ‘Love & Lust’ was a natural progression – sonically. I hold onto tinges of my 2013 album ‘Clover’ but it definitely sounds more mature – lyrically.

What were your favourite moments while recording Love and Lust?

My favourite recording moment of ‘Love & Lust’ was when it was DONE haha I am slightly joking. It was definitely a pleasure watching my band mates express themselves on this album. Especially Tom Juhas, my guitar player and our co producer. He’s such an emotional player and has only become more and more confident and unique with his playing over the years.

What led to the decision to film a music video for “Make It Easy?” to accompany the album’s release?

‘Make It Easy’ resonated with our video director – Gaelle Legrand. She is a french videographer and Canadian resident. She has a beautiful keen eye and allowed me to express myself visually in a very artistic / sexual way.

Who developed the concept for the video?

Gaelle and I developed the lyric video concept together. Upon recording ‘Make It Easy’ and ‘Mariah’ I had always envisioned having the lyrics physically written on my body to convey the sexuality of the song and the desperation of sexuality and connection present in many relationships.

How did you get involved with Regent Park School of Music for filming a vid for Wild West Rain in support of Mental Health Week?

My friend Richard Marsella is the RPSM director, but also an amazing performer. He goes by the stage name of ‘Friendly Rich’ and performs at the Cameron House quite often. Many of the Cameron House crew have worked with the Regent Park and I wanted to do the same. $5 from every album donation went to the RPSM as well. Music and mental health are one in the same…so it was important for me to bring attention to the school.

What can fans expect to see during your upcoming tour dates?

Fans can expect a full band, a projected video back drop and an exciting set of new material.

Do you have a favourite track or two that you are most excited for fans to hear? Why?

Out of all the songs, ‘Love You’ and ‘Can’t Outrun’ are my favourite. They may not resonate as ‘singles’ but they are dear to my heart. I love the arrangements created on both songs by string arranger Jesse Zubot. We also added a really cool vocal pedal effect to these songs with a ‘freeze’ guitar pedal patched through my mic. It reminds me of Becks most recent ‘Morning Phase’.

Hiding in the shade haha. The sun and I aren’t on good terms…

What was the last movie you watched?  Would you recommend it?

I just watched ‘Forgetting Sarah Marshall’ for the first time. I’m a huge movie nerd…but somehow I had missed this comedic masterpiece. I watched it twice this week.

What is your favourite social media platform?

I love snapchat and instagram. When you’re away from home as much as I am, it’s a great way to stay connected to the people you love.

All I will say is THANK YOU for taking a chance on my music….and I truly hope it resonates with you and heals you in every possible way!