By Jordyn Armstrong on June 3, 2016@jordynhannah95 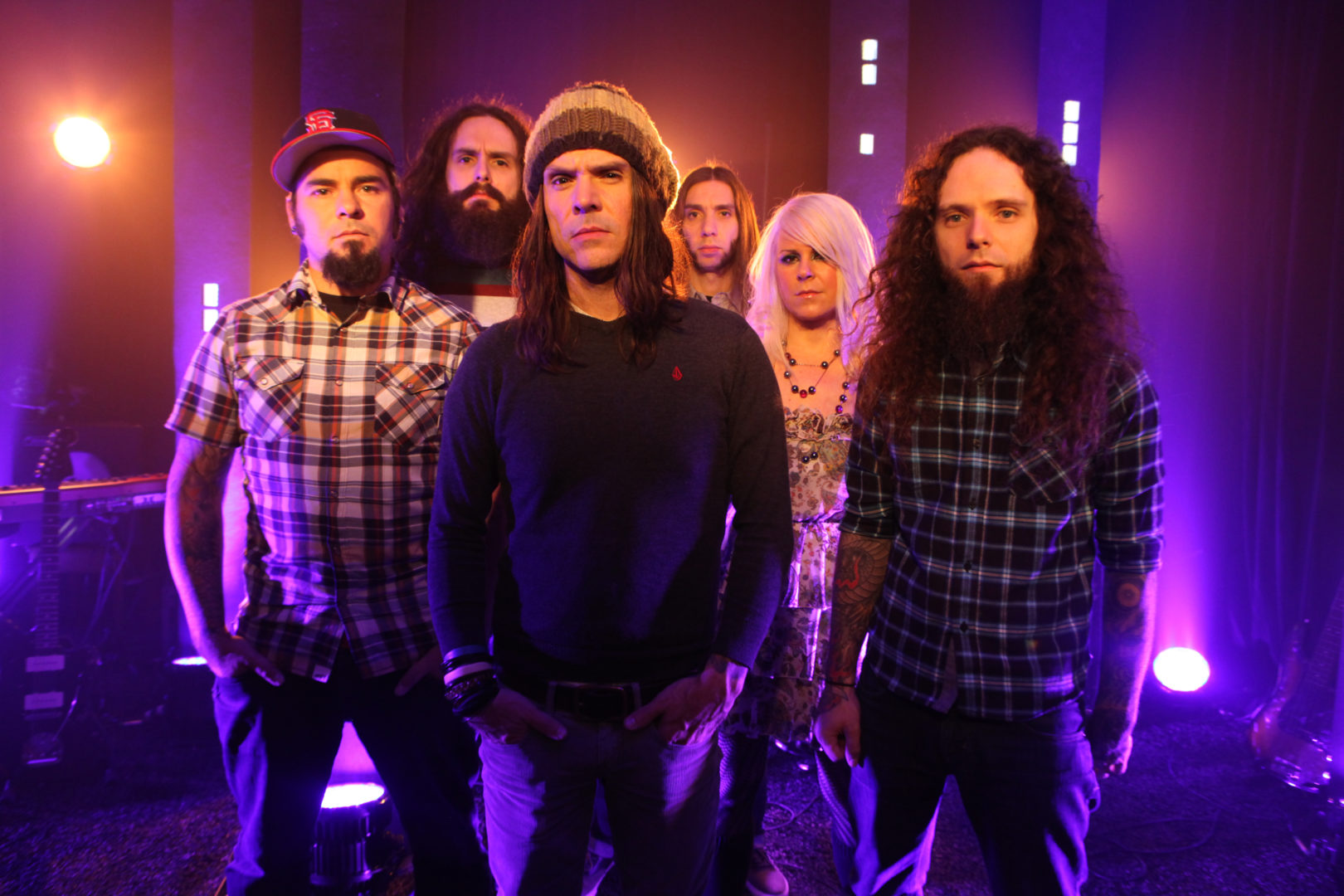 Your Favorite Enemies is a JUNO nominated rock band from Drummondville, Quebec. They are preparing to release their new interpretation of their previous album Between Illness and Migration called Tokyo Sessions. It includes radio edits of three of their singles. We had the chance to interview lead singer, Alex Foster of Your Favorite Enemies to talk about the new project.

Where did the idea for Tokyo Sessions come from?

It’s actually a very strange addition of different elements that led to the conception of “Tokyo Sessions”. First, we’ve been asked to do a deluxe version of our album “Between Illness and Migration” quite early after the album received a tremendous welcome by the fans and the different music medias. But we weren’t interested in packaging the concept of “just put whatever demos you have and any song leftover you can add” gimmick strategy in order to sell more albums as we were proposed to do – or at least, that’s how most deluxe editions seem to be assembled now. It wasn’t our thing at all.

But when the album’s latest single, the song “1-2-3 (One Step Away)”, got quite a lot of traction on radios in Europe, which came as a sweet surprise considering that it was our 4th single on the album and that the 3 previous single songs have had quite a lot of spin as well, the “Deluxe” question became an almost daily inquiry from all the different partners who supported the band from the beginning and who championed the album way before we initially released it. But again, we weren’t interested in a deluxe at all.

It’s only after we played the whole album during a secret show in Japan that we had the spark and that we decided to integrally re-record “Between Illness and Migration”. The album was to be based on what the songs evolved into. It needed to be real and filled with the nature of what we experienced in Japan when we played the whole album. Because the album has been a unique journey in itself, living it all over again was the perfect way for us to not only share the colors of the world we discovered since we first released it, but to also incarnate the communion we had through it and to “be” what we became through it.

It was a strange idea, if not a total nonsense, but that was the only reason we would release anything else associated to our album “Between Illness and Migration”. So we did it, locked ourselves in our studio, even if our people thought we were completely crazy to do so – until they listened to the album we now call “Tokyo Sessions”. And now, we’re the ones thinking our people are completely crazy with how utterly passionate they are about the album… So I guess it’s a win-win somehow!

It’s been really instinctive, natural and quite alive. There wasn’t any type of ambition involved, no attempt to prove something to ourselves or desire to make some kind of a statement whatsoever. We lived the album for what the album is. We started working from the very first song up to the last, in a pure let go and in a total abandonment. We embraced the songs for what they became and it was a moment. If true art is about being alive, well “Tokyo Sessions” is only about that, being.

Do you feel the re-recording will change the overall sound of the band for future projects?

I think it already does. It’s the wonderful thing about it. In fact, every time you truly let go, whoever you are or whatever you do with your life, it changes you as a person. That’s why I don’t trust anything that’s safe and comforting, that keeps me staying the same. I rebuke that idea and “Tokyo Sessions” totally represents that… so does the sound of the band and everything else we do.

Do you have any shows planned to promote the re-release?

Fall will be very busy for the band, which means I can’t tell you all the details until everything is official. But still, I do want people to know we will be. It’s the clearest (yet very vague) statement I can make without having people being mad at me!

Will you play more of the original songs or the new recordings?

We’re a band that never plays the songs as they were originally recorded. We’ve always hated anything close to a choreographed jukebox setup, so every show is different. For us, it’s all about the moment, which means a lot of improvs and uplifts. Everything changes as we feel it, so every show emulates the idea that live music should be about “living” what you experience with the people. Every night is a perfect catastrophe. It’s alive.

How does performing in other countries compare to home shows?

There’s always a special vibe for us to play home and a unique essence to it, especially since we haven’t played much concerts home. The band basically started in Europe and Asia, so it’s kinda strange when you come to think of it, but we definitely played more gigs in cities like London, Tokyo and Berlin than we played in Montreal and Quebec, where we are from. Some friends are really nervous to play home gigs, but for us, when we do play home, it’s such a unique moment that we totally dwell into it. Actually, only the guest list represents a real nightmare!

We have a project in Morocco coming up, a contribution with one of the oldest local bands playing what they call arabic traditional noise sounds. We’re shooting a video for one of the “Tokyo Sessions” songs. We are contributing songs on a Canadian movie soundtrack. We’ll be working on the pre-production of new material. We’ll be on the road this fall. And we are scheduled to start working on our new album production sometime by the end of the year! I’m kinda dizzy just thinking about it all…!

Our biggest goal has always been the same from the very first moment we got together, and it has always based on the very simple principle: “Our relationships are more important than anything else”. We’ve been blessed beyond measure, way beyond any dreams we could’ve had, but whatever success or accomplishments meet the band, it’s nothing compared to the fact that we did everything together… as a family.

Since Canadian Beats is all about Canadian music, do you look up to any Canadian bands/artists?

There are a lot of amazing artists located in Montreal nowadays. Regardless of where they are originally from, there’s something profound about leaving everything behind to converge to a new city in order to express your vision of art and your emotional perspectives. From “Duchess Says”, “Wolf Parade”, “Fred Fortin”, “Patrick Watson” to the likes of “Suuns”, “The Barr Brothers” or “Grimes”, be it local breeds or artists who adopted the city, there’s always an exciting vibe and an eclectic sound floating around the city. It’s really inspiring.

What are three things you can’t live without on tour?

If you could plan a festival featuring you and your favourite bands, who would be included and why?

“You Won’t Go Home Early, If Ever – You Might Drop School Afterwards” top 5 would be:

“Let’s Forgive Each Other In The Name Of Love, Art And Drama” trinity lineup would be:

Why? The sole name of those bands says it all! If they don’t, stream those names… NOW!!!

If you weren’t playing music what career would you have followed?

Jeff, rhythm guitar: Car racer, the ones with all the electronic system driving for you. It’s all about the swag.

Sef, lead guitar: English literature teacher at university, so he could miss school, get paid, look mysterious and acknowledged with his total nonsense… and brag about it.

Ben, bass: Nuclear fusion engineer, because being into complicated stuff is cool when you want people to leave a boring party early.

Miss Isabel, keyboards: Based on touring, studio sessions and collaborations, for all different reasons, she would most definitely be the first female prime minister… Well, Kim Campbell didn’t count, right!?!

Moose, drums: A professional body builder, with the fake tan, the thong and all the other legit stuff that come with being buff. Why? Because all the band members would pay to see him looking like that…!

Alex, vocals: A multi-billionaire and philanthropist, dealing with the dark emotions of having lost my parents at a very young age, to the hands of a bad guy, raised by a good man called Alfred and roaming the night, kicking asses in the name of justice and love. If it’s already taken, I will take animal-keen senses, enhanced physical capabilities, and powerful regenerative ability known as a healing factor… with retractible claws. This would do. I’m a simple guy after all.

As you can see, no, we didn’t have a plan B, and we are incredibly thankful we are living in a world where doing noises and banging on stuff can provide food to eat. Stay in school, say no to drugs!!!

If people managed to read my answers up to this point, first, I say “wow”… and as a reward, I’m giving you the ultimate* secret to happiness: pick up a guitar (or any other instrument), plug it in a huge amp, crank the volume to 10 and just bang the strings as hard as you can. It feels SO cool. Repeat as much as possible after. The feeling just gets greater and greater. There’s no app for that.

*Love is also a good thing to experience as well.