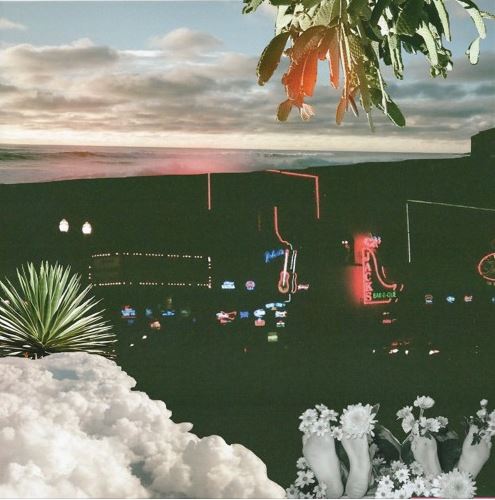 Edmonton, Alberta’s The Velveteins have returned with their latest EP, A Hot Second With The Velveteins, via Fierce Panda Canada. Recorded in Nashville, Tennessee under the helm of former guitarist of Cage the Elephant turned producer, Lincoln Parish, the band- led by guitarist and singer Spencer Morphy and drummer Addison Hiller- look to ignite modern indie rock with their moody, ambient, and retro vibe.

Over the course of its six song play through, it is clear that A Hot Second With The Velveteins has in much in common with modern indie rock as it does with rock ‘n’ roll’s most earliest stars of the likes of Buddy Holly and Bill Haley & His Comets.  Vocally, Morphy resembles a toned down and smoother version of Matt Shultz of Cage The Elephant, demonstrating a certain calm while maintaining an untamed rasp giving him a slight edge.  Musically, however, The Velveteins pull the listener back to the 1950’s with their heavy reliance on vintage style and form, yet still their textures and guitar tones are unmistakeably that of the present.  This is especially present in the 6/8 sway of “Hanging From The Ceiling”, a song which is bound to be a definite favorite on the album, likely due to its mellow nature with a certain sense of a creeping tension which brings an eerie feeling to the track.   Such a direct homage to so far back is highly refreshing in comparison to most modern music which seems to show influence from the 80’s and onward.

While such a generation spanning blend is very much a welcomed aspect, much of the EP resembles each other, not so much musically, but from a production standpoint as every song features a hazy filter placed overtop the music.  Despite that, A Hot Second With The Velveteins is a solid record which is as modernly ambient as it is vintage; ultimately taking the indie rock of today into a direction which I have yet to notice among any other new artists.