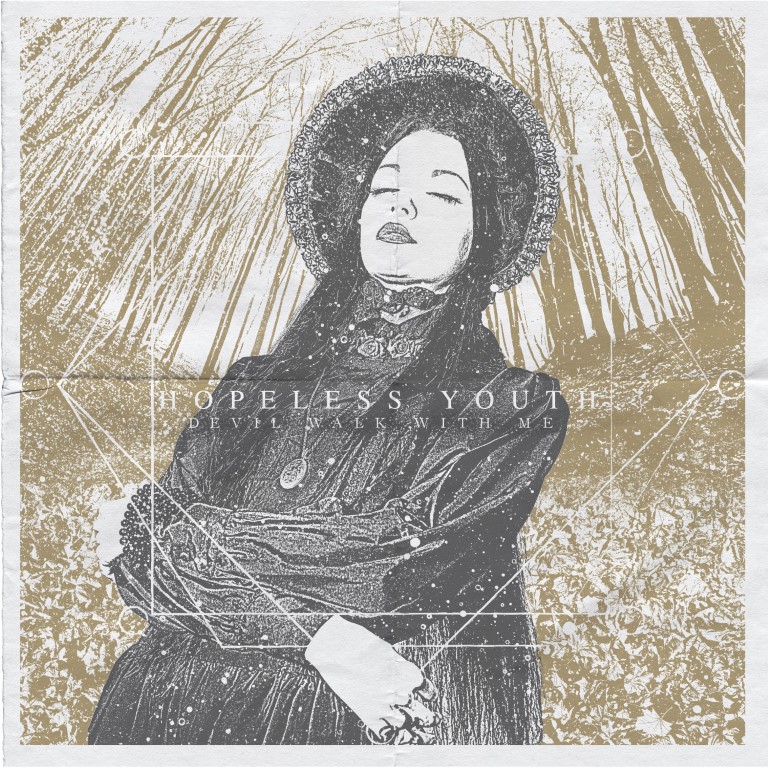 Hopeless Youth just wrapped up their cross Canada tour, supporting the bands latest EP Devil, Walk With Me.  Following the 2014 release of their debut album Disgust,  the new EP is just as chaotic and forceful, often surprisingly so as the cacophony progresses.

The album opens with an almost black metal guitar riff sounding off in the distance, joined by a torrent of music, delving deeply into the maelstrom as the vocals storm in. At only 18 minutes in length the EP is a perfect warm up before starting your day, or travelling in between those pesky places you visit in your day to day life.