By Remington Fioraso on May 31, 2016@https://twitter.com/RemingtonFD 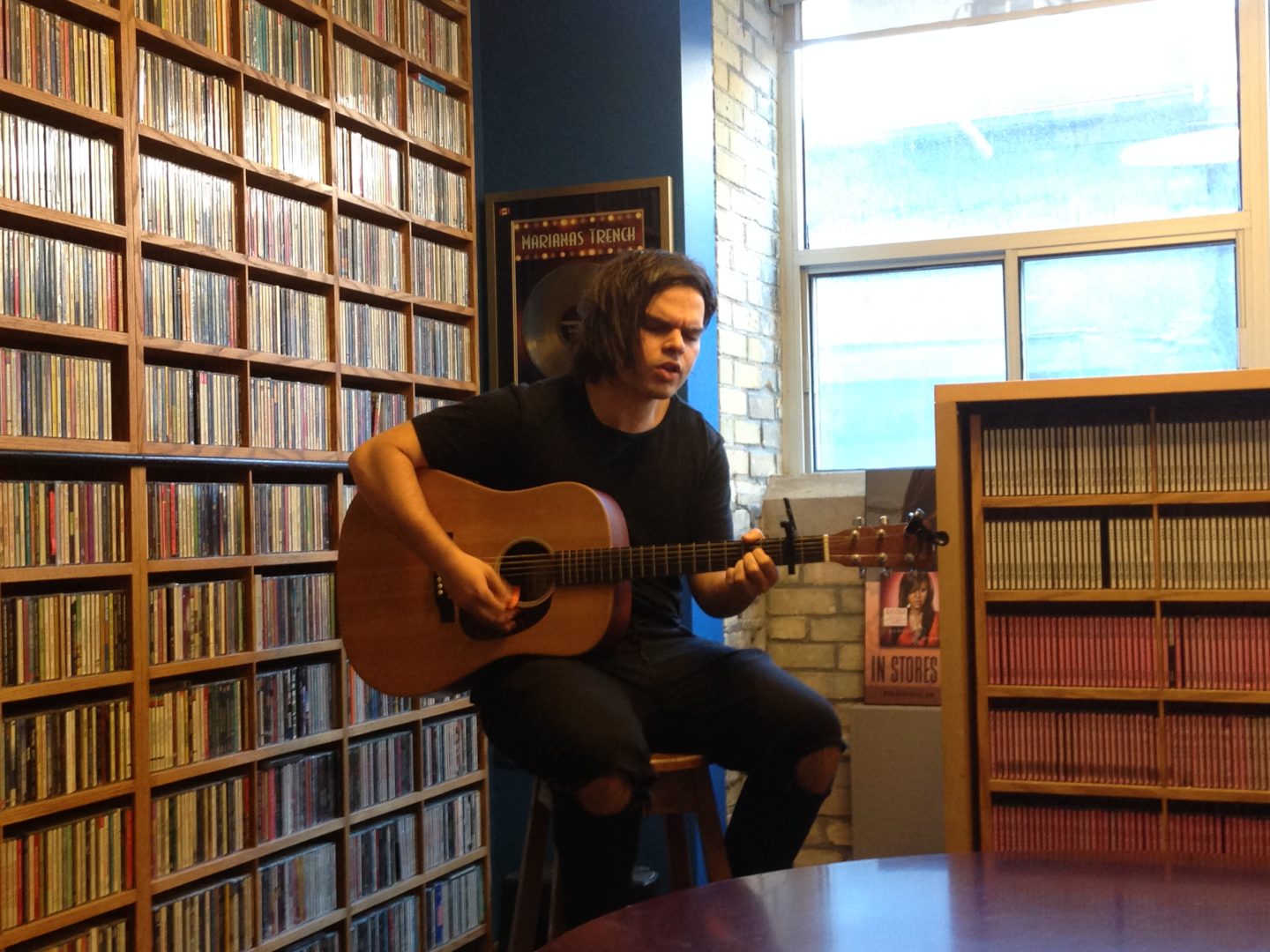 Hamilton’s Brandon Bizior recently released his single “In the Dark” to radio and iTunes.  I had the opportunity to ask the singer a bit more about his music.

Can you tell Canadian Beats readers a bit more about yourself?

Well I’m a person who lives for finding truth through music and making that connection with people through songwriting.

My influences are artists that range from Radiohead and Bruce Springsteen, to daft punk above and beyond and Steve Angello. All of them equally have impacted my writing and passion for music significantly.

Who inspired you to begin pursuing music?

I think growing up I really idolized Bon Jovi and wanted to be him so badly at the age of 9 and that inspired me to do music on a performance level. But when it came for the love of the songs and admiring the depth and meaning of the music it would have to be Bruce Springsteen that inspired me to take it farther.

How would you describe your song-writing process?

My songwriting process definitely starts with an idea I’ve either mentally noted that I want to write about, or something I’ve previously thought about comes to mind when I go after a certain feeling musically and it all develops from there.

How has the reception for your latest single “In the Dark” been so far?

So far the reception of in the dark has been great. Being an independent artist you don’t really know what to expect when you release a single when it comes to how many people it will reach but everybody that has come across the song has had nothing but great things to tell me about how much they like it.

What can fans expect to see from you next?

Fans can expect to see me on a lot of social media platforms, television, and radio getting familiar with my audience as much as I can by promoting in the dark. They can also expect another one of our singles to be released in July.

At Canadian Beats, we like to include fun questions to help fans get to know you a bit more.

My favourite Canadian artist right now would have to be partynextdoor. I think what he’s doing by blending hip hop and pop music is incredible. Robin banks is another Canadian artist who I think is about to blow up. Crazy how much talent is in our country these days !!

What is your favourite game?

My favourite game would have to be madden 15 or uncharted.

What was the first album that you purchased?

I’ve purchased a lot of albums before but I think one of the first ones I felt I needed to go out and buy right away was probably ok computer by Radiohead.

What was the coolest place that you have traveled so far?

Los Angeles was the coolest place I’ve travelled so far. I love the feeling of la a lot.

If you were stranded on a deserted island, what three items would you want to have with you?

If I was stranded on a deserted island I would have to bring my phone for music of course, my best friend Diego, and probably my guitar.

And lastly, I’d like to say to the readers out there that you’ll be hearing a lot of music coming from me ! In the dark is only a small portion of a much bigger project coming soon. Very anxious but excited. Much love!