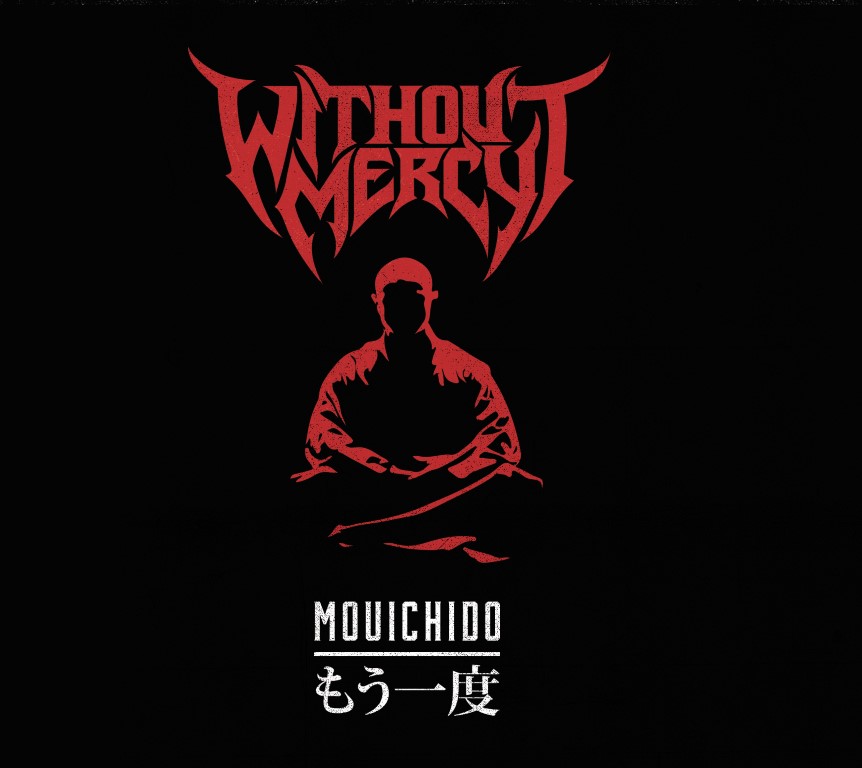 Vancouver death metal gods, Without Mercy have risen from the ashes with an EP called Mouichido, a stunning and breath-takingly violent re-release of re-recorded material from their last death soaked offering Reborn. The first track on the EP, “Worthless” is possibly the most savage song to ascend from the depths of the west in a good long while, exploding the raw and obscene viciousness of hell into the listeners ears with such force that a blood transfusion may in fact be required to progress through the EP’s four tracks.

Though only the single “Worthless” has been released (with a video on youtube) the album promises to be an unrelenting opus of death and aggression. A fresh vocalist, and a guest feature by mighty Chimaira vocalist, Mark Hunter are just a few of the tantalizing portents of doom raging just beneath the surface of release. Mark the date MAY 27th for it will surely be a day of darkness and celebration.